How THE OUTSIDER Uses Grief to Earn Its Horror - Nerdist

How THE OUTSIDER Uses Grief to Earn Its Horror

Warning: This post contains major spoilers for episode six of The Outsider.

The Outsider‘s premise is terrifying. The literal boogeyman exists, and he’s a child-killing shape-shifter who transforms into someone you trust. You will gladly welcome him into your home or accept a ride from him thinking you are with a loved one. That’s not all this monster, known as El Coco, is capable of, either.

The paranormal creature can make others do its bidding, haunt your nightmares, and appear to you without even being there. The monster’s evil is everywhere and spreads like a virus. And yet, that’s not why The Outsider fills us with such dread. The way the show roots its story in grief makes its horror personal and real. 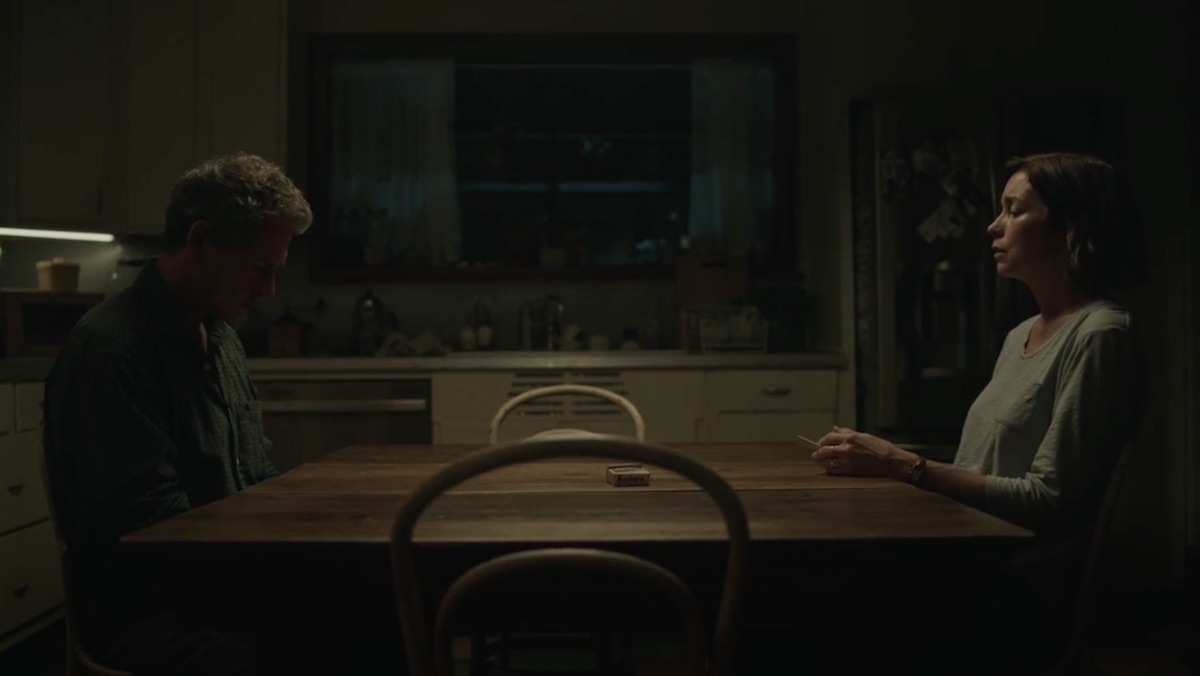 The supernatural elements of The Outsider alone are chilling and compelling. El Coco is the worst kind of monster, a literal “tear-drinker” you can’t see coming. It preys on children and then feeds on the pain and suffering that results from their deaths. The sixth episode also offered more clarity into how it can be in so many places at once.

As Holly explained, while it’s morphing into a new body, El Coco transmits its presence like radio waves. It’s how he visited young Jessa Maitland and Jeannie Anderson without actually breaking into their homes. It can be anywhere it wants, whenever it wants.

Its mind control ability is also much more terrifying than we’d realized. El Coco can project personal images to hurt you. It sent Jack’s dead “mother” to beat him up and make Jack follow commands. And Holly was shown a fake crash by the false ghost of Tracy Powell, which almost led to a real crash.

But the primary source of The Outsider‘s unending sense of dread is its characters’ grief. Their loss and fear are accessible and authentic. We might not be able to empathize with having a literal monster haunting our town, but we can understand being afraid that our family isn’t safe, or knowing our loved one is never coming home. 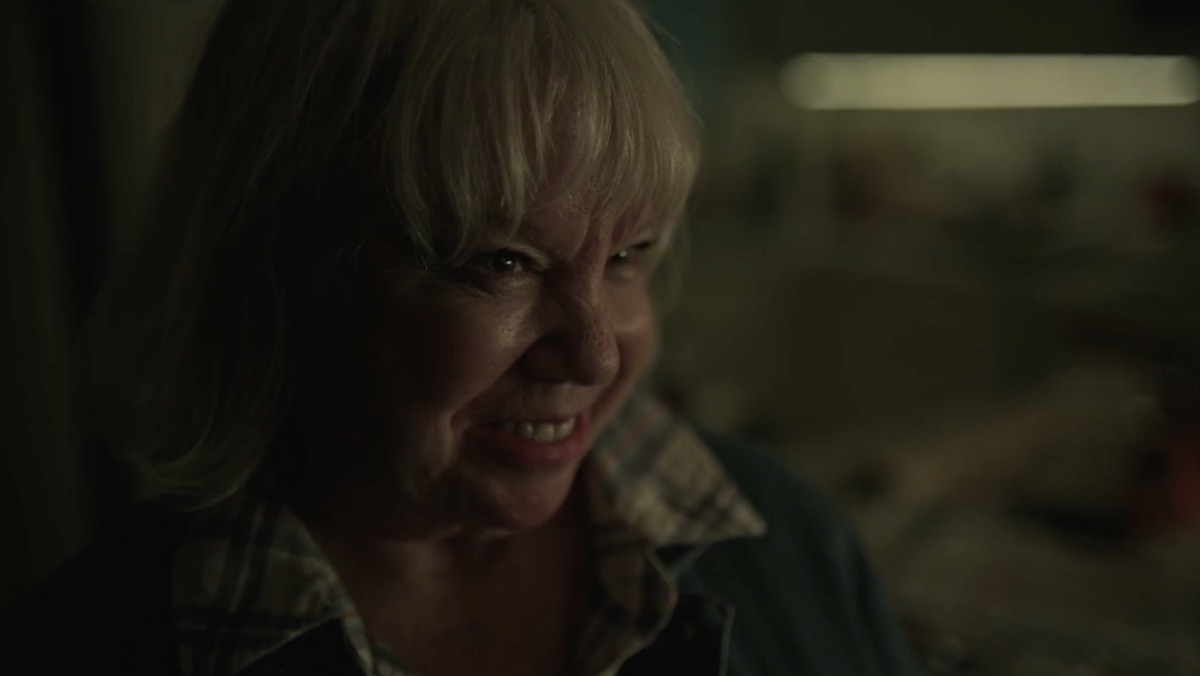 That element has been there from the start. Frankie Patterson’s mother, Ralph and Jeannie Anderson, and Glory Maitland have all had to deal with life-changing loss. Sometimes in very loud, painful ways. Other times in sad moments of silent reflection. By investing in the characters’ personal stories, and by showing how a child or husband’s death can ruin your entire life, the show feels like a drama with supernatural affectation.

But in the show’s sixth episode, the grief became intertwined with the plot, bringing all of that pain and suffering to the forefront of the story. Glory, emotional after Holly’s seemingly bullshit theory about the boogeyman, started looking for her own answer. She tore through her late husband’s belongings, tossing them into the hall, worried she’d find some horrible secret that proved his guilt. After being so certain of his innocence, the lack of an explanation had her questioning if Terry was the man she thought he was. Her breakdown at the kitchen table with Ralph was as hard as any moment on the show yet. 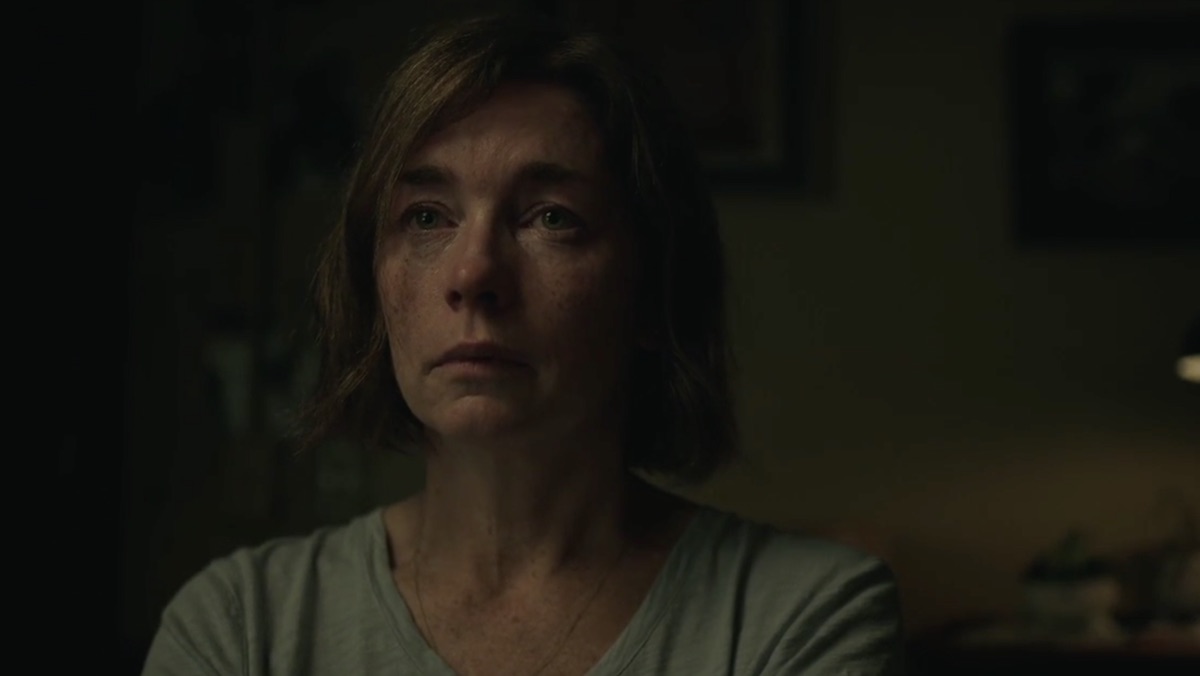 And then it got worse. Glory went upstairs and found her oldest daughter neatly folding her dad’s clothes. Overwhelmed, tired, broken, and ashamed, Glory could only hang her head. The loss of Terry and everything that surrounds his death is too much for anyone. Just like it was for the Patterson family. And just like it will be for El Coco’s next victim.

Still, the show isn’t so hopeless that we feel doomed to be lost forever in a sea of pain and suffering. The sixth episode used Ralph’s grief to give us something to believe in, connecting it directly to the mystery at the heart of the show.

Ralph holds onto to “facts, evidence, dumb cop s*** like that.” But he isn’t immune to believing in something beyond this world. He can claim it was a dream, but we saw the truth: he thinks his son really did come to speak to him. “Was it really you?” he asked, standing in his son’s bedroom. Ralph is sure it wasn’t El Coco, like Holly believes. 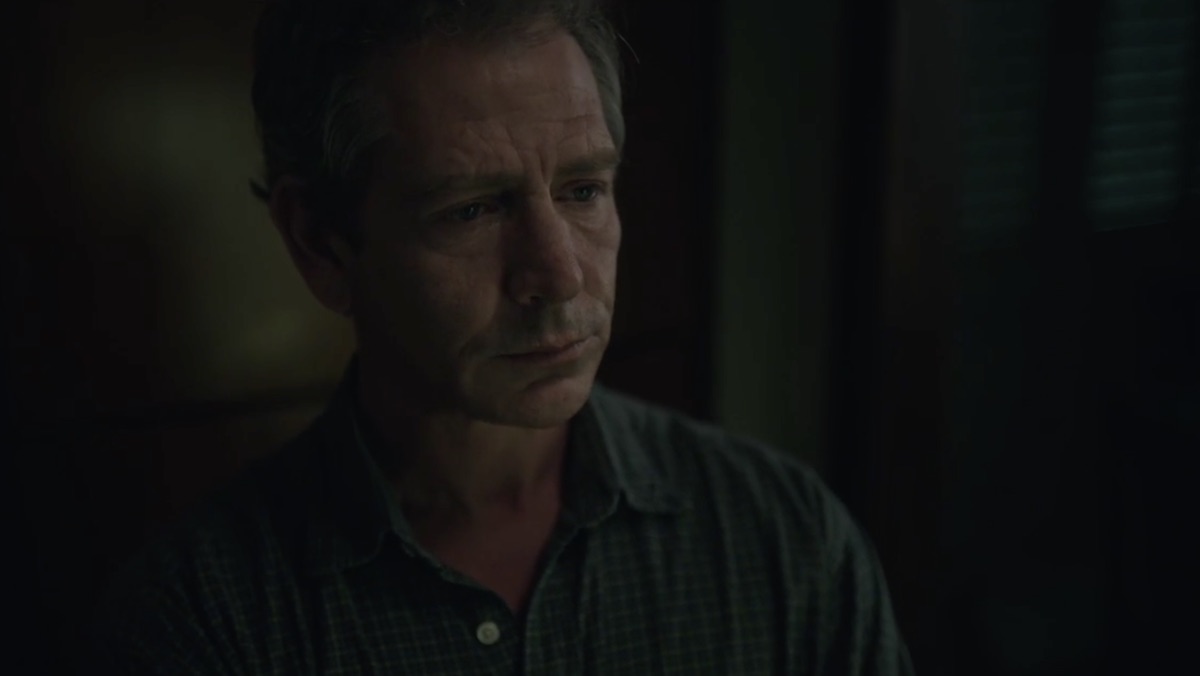 Of course, what if Ralph is wrong? What if El Coco is manipulating Ralph the same way he did Tracy Powell before and Jack Hoskins now? Was that image of his late son no different than the one Holly saw on the bus? What if the tear-drinker is using Ralph’s unimaginable grief against him? How could anyone or anything use our own suffering against us in such a painful way?

We can feel the dread of The Outsider in our bones because the show explores the personal depth of what its monster does. We can’t empathize with facing the actual boogeyman, but everyone of us knows the terror and fear of possibly losing the ones we love. Nothing could be more horrifying.