The Lore Behind THE OUTSIDER's Big Bad - Nerdist

The Lore Behind THE OUTSIDER’s Big Bad

This post contains major spoilers for the most recent episode of HBO’s The Outsider.

It has many names. Pugot Mamu, Black Annis, El Coco. In Western culture, we know it as the Bogeyman. It’s the stuff of fairy tales and nursery rhymes. A creature used as a cautionary tale: Obey your elders or el Coco will come for you and eat you. But what if the Bogeyman was real? What form would it take, what chaos would it wreak, and how might it maim and annihilate a community? That’s the question at the core of HBO’s The Outsider, an adaptation of Stephen King’s novel of the same name. In the most recent episode, aptly titled “Que Viene el Coco,” the mysterious entity terrorizing Cherokee City, Georgia is linked to this bit of folklore.

But is el Coco really the one evoking mischief, not just in Cherokee City, but in the Ohio and New York communities where more child murders took place? Is it the reason Terry Maitland could somehow appear in two places at once? Or is it merely misdirection, a supernatural scapegoat to distract us from a human culprit? Let’s dig into the mythology of el Coco, where it originated, where we’ve seen it before, and how it might infect the plot of The Outsider. 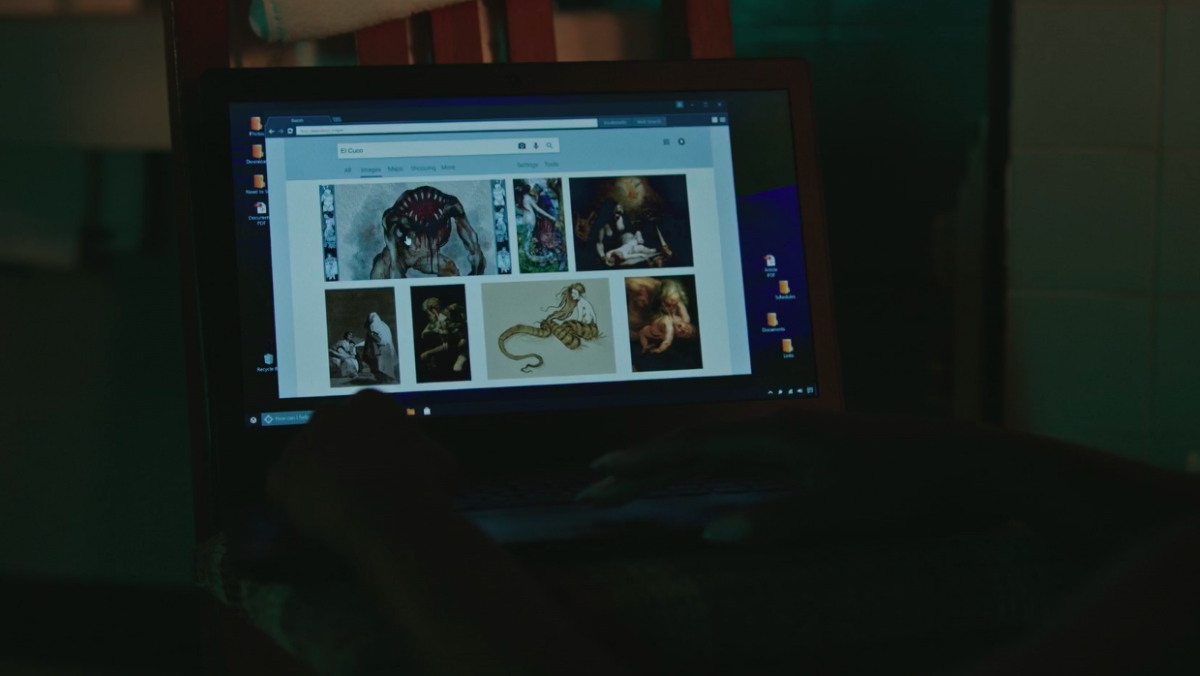 What is El Coco?

Private investigator Holly Gibney (Cynthia Erivo) is hot on the trail of a suspect who was accused of a crime very similar to Maitland’s. Her name is Maria Coneles and she was convicted of killing a little boy despite video proof that she was with her grandmother at the time. Like Maitland—and a nurse named Heath Holmes, who had contact with Maitland’s father—the DNA evidence and reports from second-hand witnesses were enough to incriminate her. But unlike the other two, Maria is still alive. Holly presses her for information and receives very little… except that Maria knows who framed her, though she won’t say.

But the trail doesn’t run dry there. Another woman is at visitation at the prison and overhears the conversation. She leaves her address for Holly, and when she arrives at her apartment, the woman relays information about a creature known as el Coco:

“All the old cultures had the bad habit of turning truth into fairy tales. When we tell our children about El Coco, we say, ‘If you misbehave, it’ll take you away and eat you.’ What we should tell them is it doesn’t matter either way. It takes what it wants […] It can look like a person if it chooses to be, but it’s not. This day and age we find it so difficult to believe in anything that we can’t explain.”

The woman then points out that so many people in the orbit of these killings have also died, not just the victims. Maria’s father and uncle were killed for being associated with her. The entire family of the boy Maitland allegedly murdered died after he was slain. Death follows this thing; “the grief eater,” the woman calls it. “It likes to linger because it craves the pain of the ones left behind.”

This is a bit of an expansion on what we know about el Coco from folklore. The myth—which has ties to Spain, Portugal, and Latin America—speaks of a “child eater,” who watches out for childish misbehavior from rooftops. It takes many forms; it can appear as a shadowy or hooded figure, a dragon, a large fish, a man with a coconut head (the name “coco” is derived from the Portuguese word côco, or coconut). There are many songs and lullabies about it, including the one the woman sings to Holly in The Outsider: Duérmete niño, duérmete ya, que viene el Coco y te comerá. (“Sleep child, sleep now, else Coco comes and will eat you.”)

Similar myths exist elsewhere in the world, different regions and cultures shaping its lore. In Mediterranean areas, it’s known as Babau; in Germanic folklore, it’s the Butzemann; in Belize it’s the Tata Duende. Thousands of variations, all of them with a similar foundation: an amorphous creature that can take the face or physicality of whatever it wants to be to scare a child. 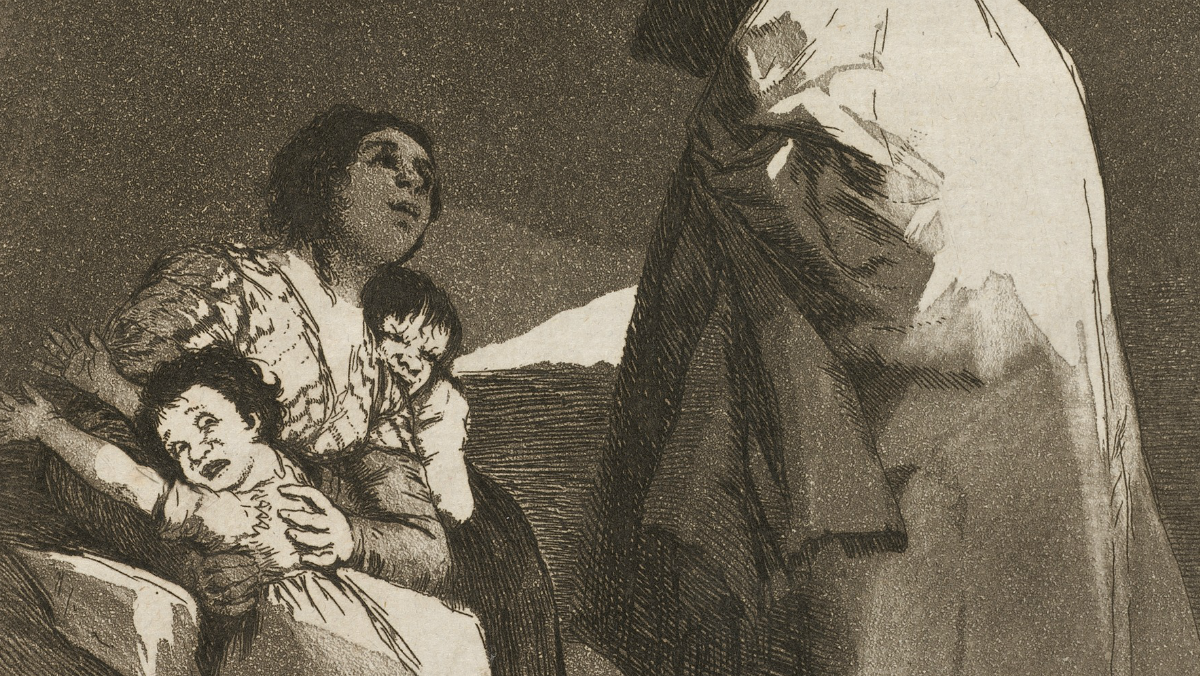 Where have we seen it before?

El Coco, also known as el Cuco or la Coca/Cuca, turns up in a lot of art and pop culture. As The Outsider shows, many famous paintings depict the bogeyman. Spanish painter Francisco Goya’s art is spotted twice in the episode. His 1799 drawing Que Viene el Coco shows a family terrified of a hooded creature. We also see his terrifying painting, Satan Devouring His Son, showing a demonic creature biting the head off of a body.

The folklore has trickled into other shows and movies, too. The myth of el Coco appeared in episodes of The Wizards of Waverly Place and Grimm. The boggart, variation of the bogeyman, shows up in fantasy stories like Harry Potter and The Chronicles of Narnia. There are even two Pokémon based on el Coco and la Coca: Hatterene and Grimmsnarl. 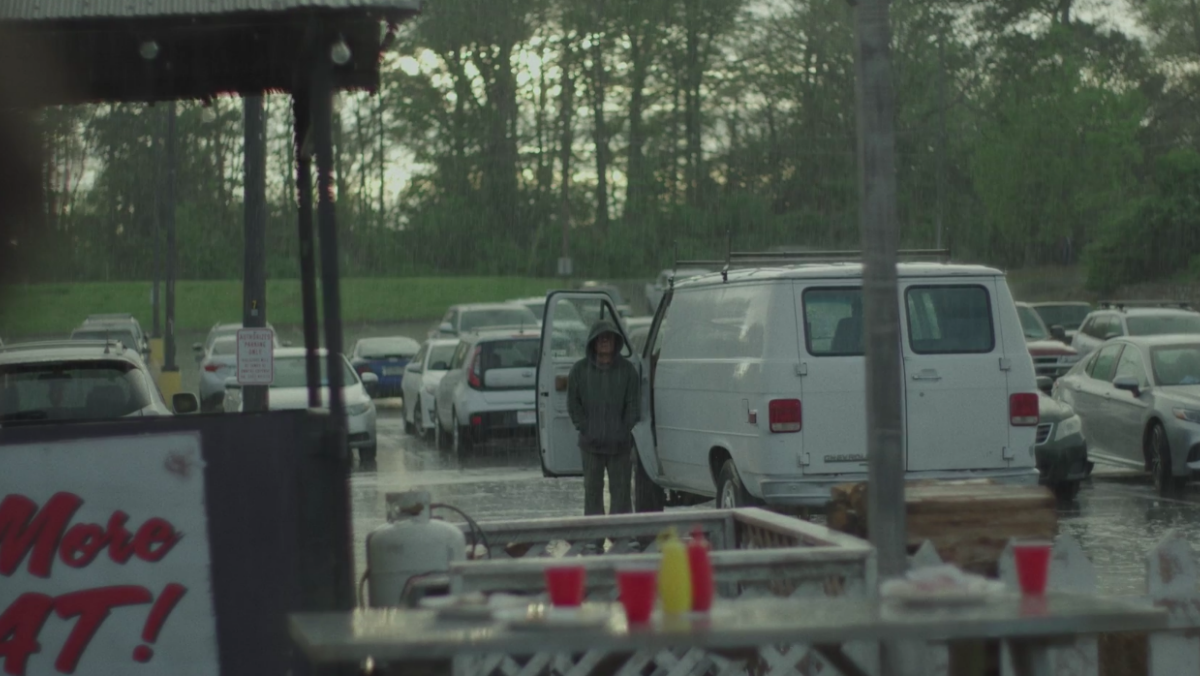 What role will El Coco play in the show?

I haven’t read Stephen King’s The Outsider, so I have no idea how el Coco fits into the story. Speculatively, this could go a few different ways. Either the mysterious woman Holly Gibney encountered in that prison was some sort of deus ex machina, delivering very specific and precise information about what’s going on with these strange murders, or this is all misdirection. Holly made it clear to Detective Ralph Anderson that she supports a possible supernatural explanation because she herself—who has some form of undiagnosed condition that makes her both gifted with numbers and memory, and also somewhat mystic—is an enigma. But will her belief in the bogeyman lead her astray?

If I had to wager a guess, I’d say the introduction of el Coco is a little too convenient to be disregarded. There’s clearly something otherworldly at play here. How else do you explain the doppelgängers, the scratches, the man with the molten face who is haunting Maitland’s young daughter? There is clearly something spooky going on with Detective Jack Hoskins as well; he was tortured by an unseen force in the woods and is under the spell of something that seems to be manipulating his appearance the way Maitland was cored into two beings… and Heath… and Maria.

We also need to remember that this is a Stephen King novel, where the supernatural flourishes. Yes, he also dabbles in stories with plausible explanations now and then. But first and foremost, he’s a storyteller who uses the paranormal as a metaphor for our cultural fears. A bogeyman able to inhabit the skin of beloved fixtures in the community, and cause them to carry out the most horrendous possible deeds, is very in line with his modus operandi. I have a feeling the creep factor will only double down from here on out. The bogeyman is real, and he’s coming for us.