New THE MUMMY Funko Figures Are Ready for an Adventure - Nerdist

New THE MUMMY Funko Figures Are Ready for an Adventure

Although most nerds who enjoy collecting Funko Pop figures are used to keeping physical figurines on their shelves, the jumbo-headed characters also exist in the digital realm. Those familiar with the Funko Pop! Blitz mobile game are already very familiar with that fact. However, what may come as news to players is that The Mummy Funko toys are coming to the game. But, like a sandstorm in the Sahara, they will only be around for a limited time. 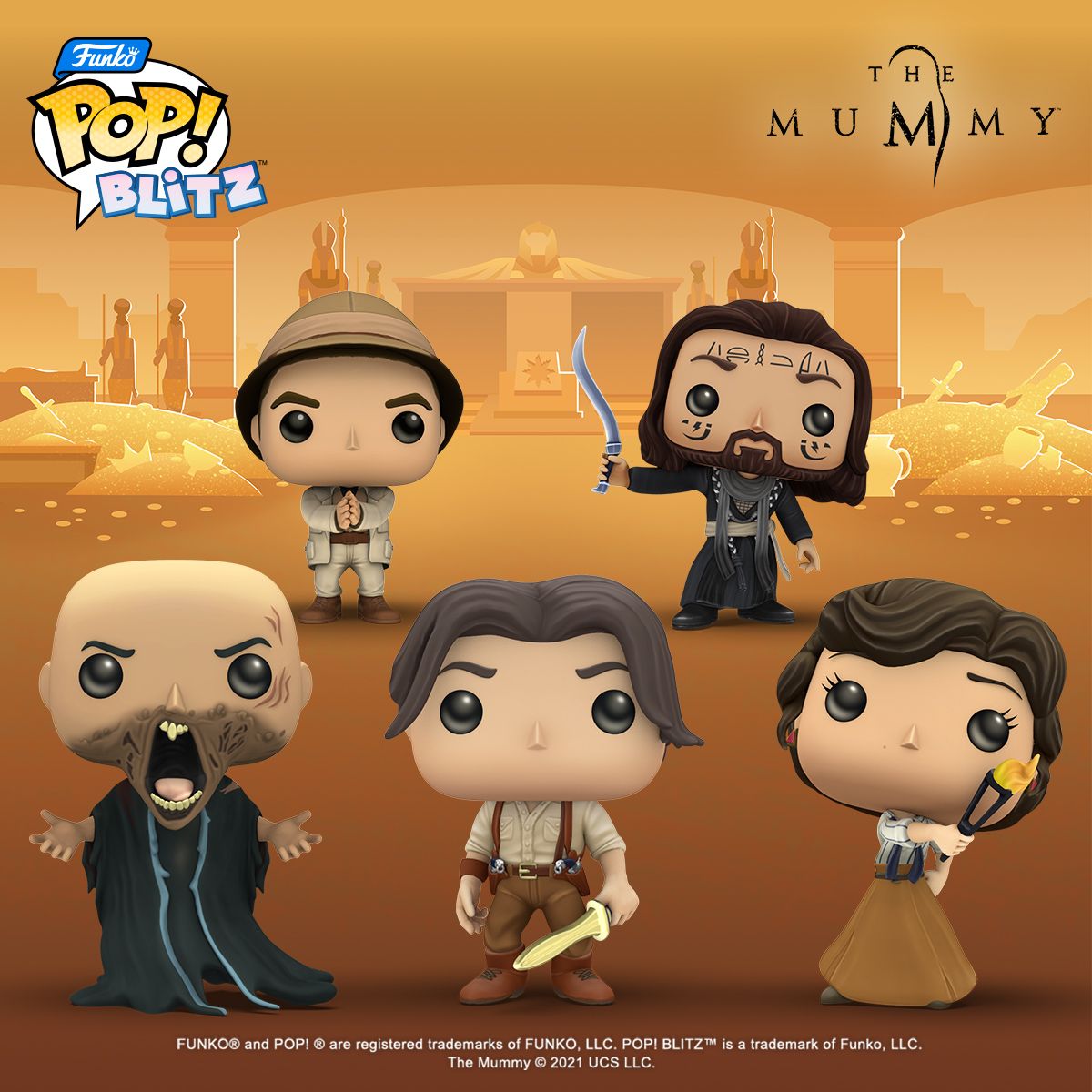 Funko Pop! Blitz recently revealed the game movie mashup will feature the five main characters from the film. Players will get to see never before seen Ardeth Bay and Jonathan Carnahan Funko Pops! Also available are Evelyn Carnahan, Rick O’Connell, and of course, the immortal Imhotep.

We also assume lots of scarabs will make an appearance, although in what fashion, we’re not sure. Perhaps as big-headed bonus coins or stickers.

Speaking of which, for those unfamiliar, Funko Pop! Blitz is the official Funko Pop! puzzle game. Each week the game features characters from one or another top pop culture property. With digital characters from, say, Jurassic Park. Or Back to the Future. 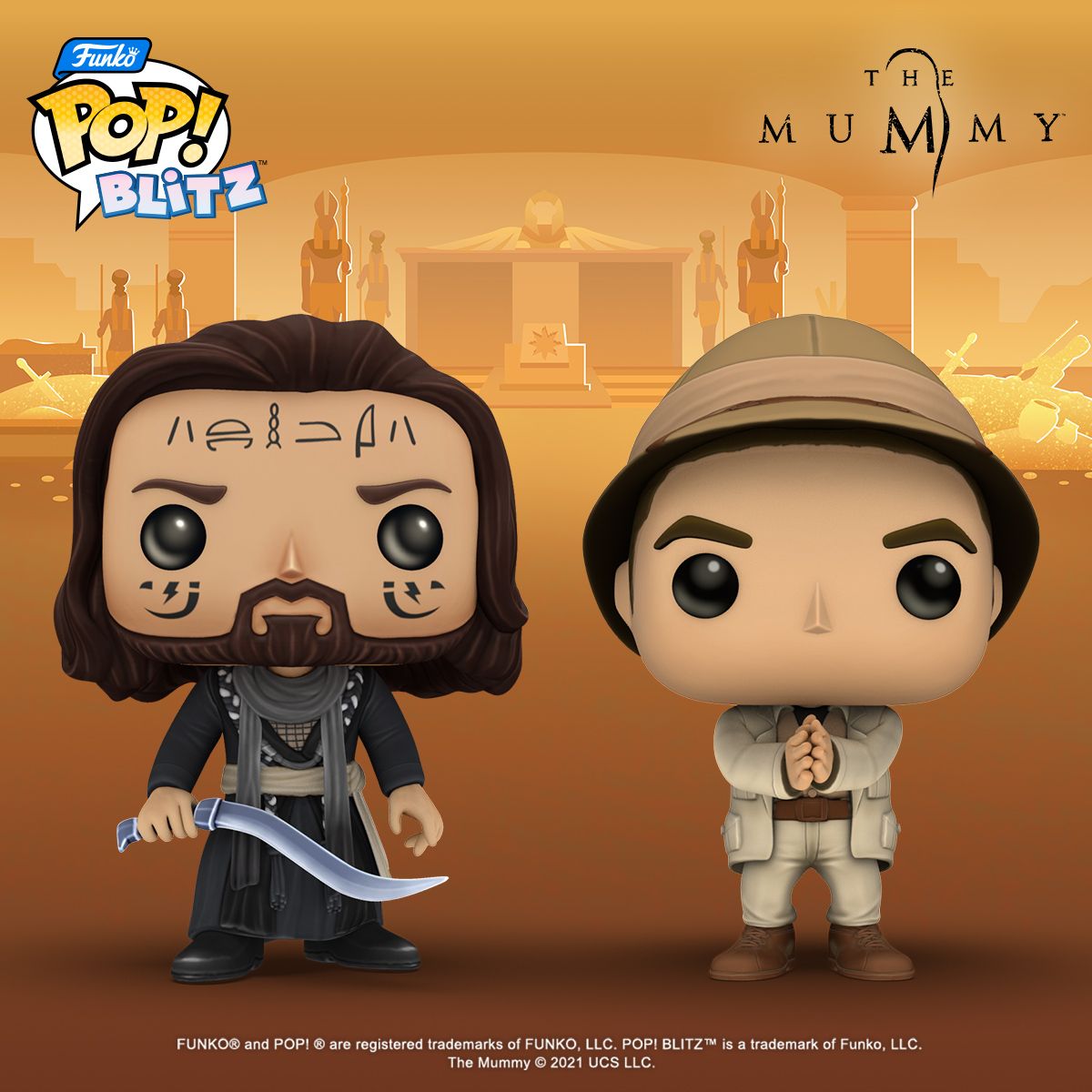 As for gameplay, Funko Pop! Blitz is one part Snoods, one part Pokémon, and one part Nintendo Wii-ish RPG. Most of the gameplay is about lining up and blasting Pop heads, but there are, of course, lots of collectible items. Including Pops that have special superpowers.

For those who want to foray into the mysterious and magical realm of The Mummy, the event will run from Wednesday, August 4 at 5 p.m. PT until Tuesday, August 10 at 5 p.m. PT. Players, the game company says, will awaken “an ancient evil and a new treasure” with the limited-time crossover. Which sounds like a good time, because who doesn’t like treasure? Even if it comes with a side of evil.