Disney’s Aladdin has long been one of the Mouse House’s most beloved animated movies. Well, as we get closer to the release of the live-action adaptation from Snatch director Guy Ritchie, fans are divided about the new vision for the classic story. What they won’t be divided on, though, is this gorgeous jewelry collection inspired by the classic cartoon which features gorgeous pieces that play on some favorite moments and characters from the magical movie. 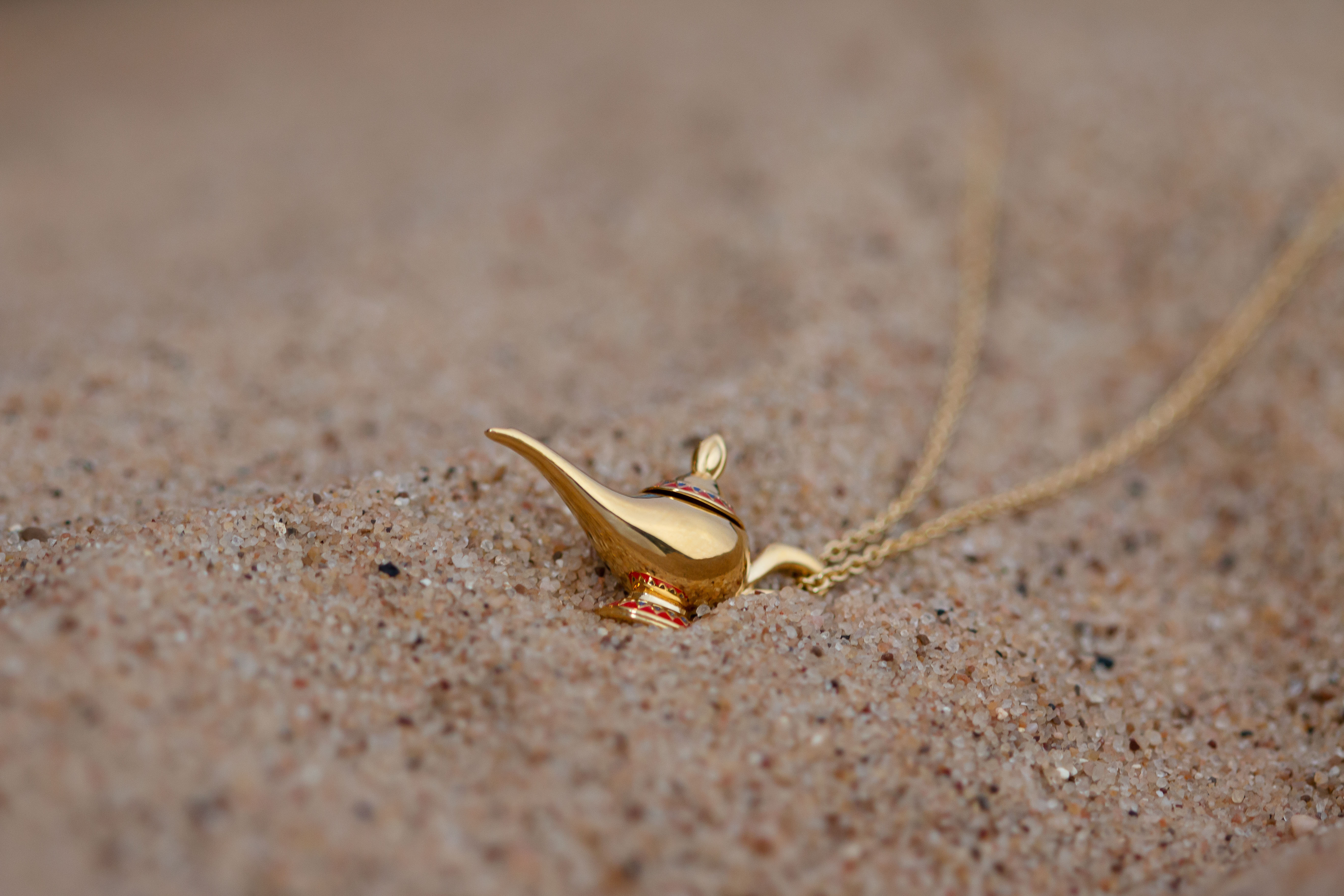 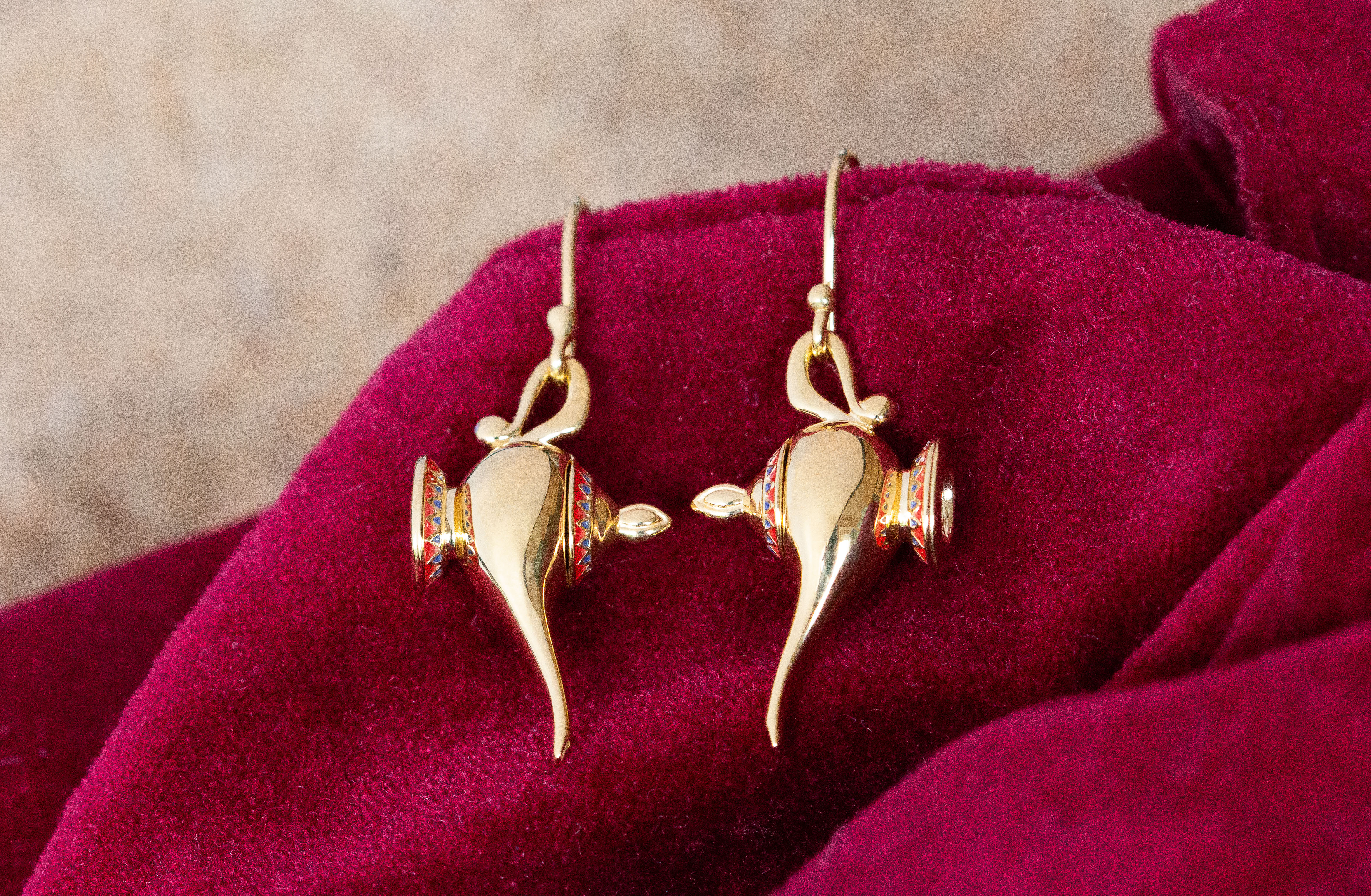 With pieces taking inspiration from the magic lamp at the center of the story to the villainous Jafar’s imposing snake staff there’s something for every street rat and princess that wants to showcase their love for the Disney version of the iconic story. If you’re a fan of Aladdin’s cheeky sidekick Abu you’re in luck too as there are some super cute earrings that feature the cuddly critter. 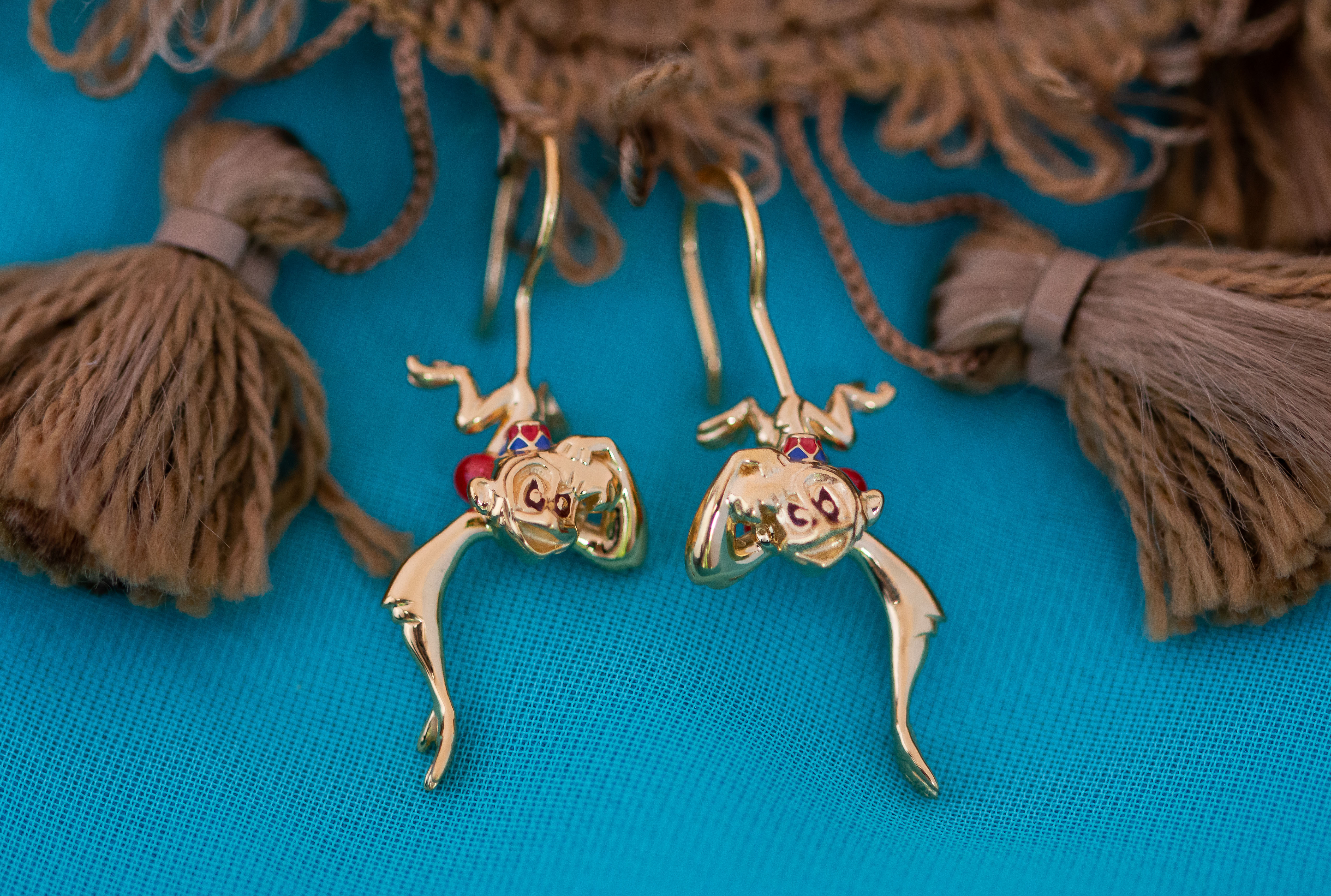 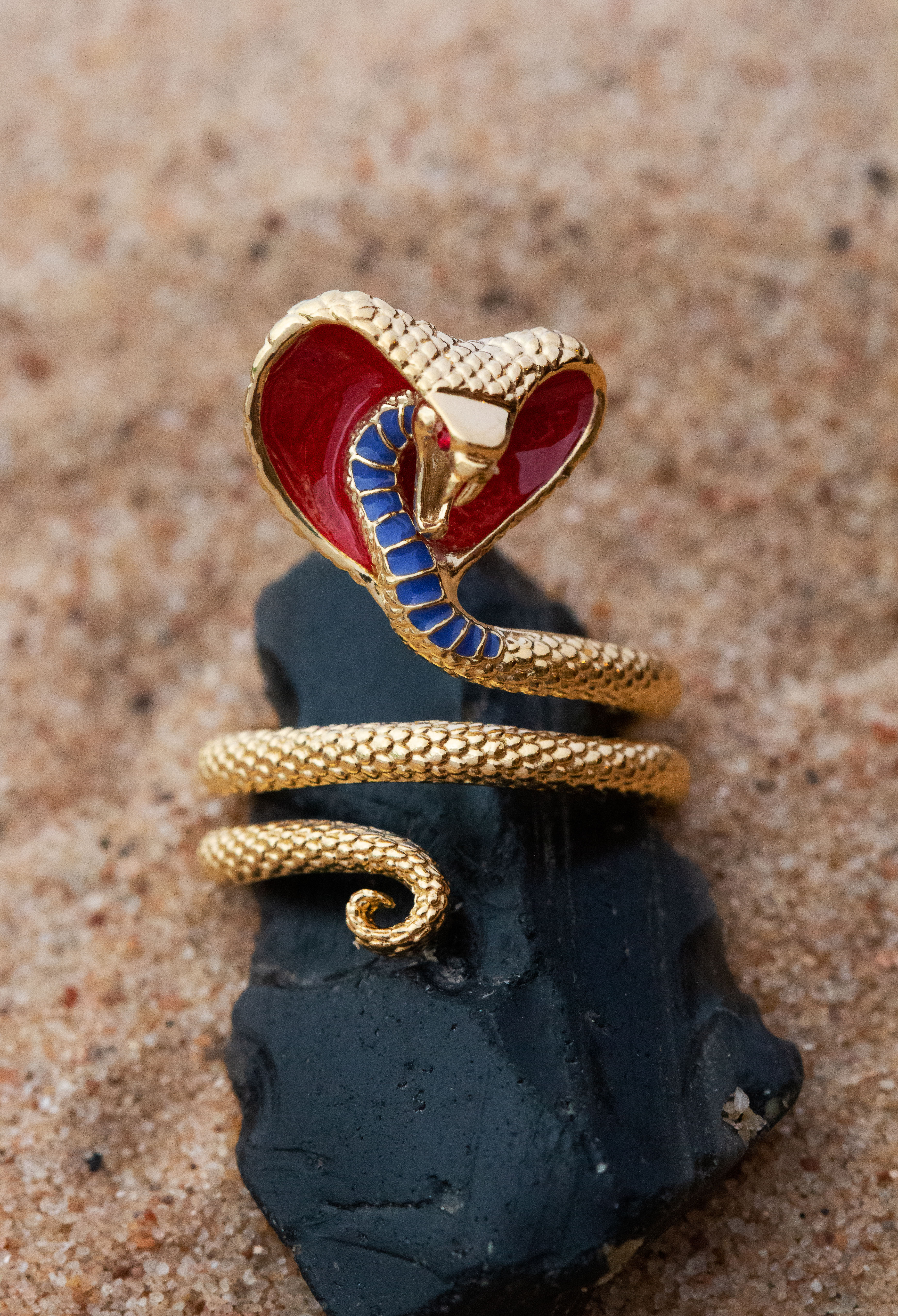 One of our favorite pieces is the super detailed scarab necklace. If you look closely you’ll notice that all of the pieces replicate the red and blue swirls of the Magic Carpet that plays such a big part in the legend of Aladdin. Heck, the carpet didn’t even have a face and it was the most lovable character in the movie. 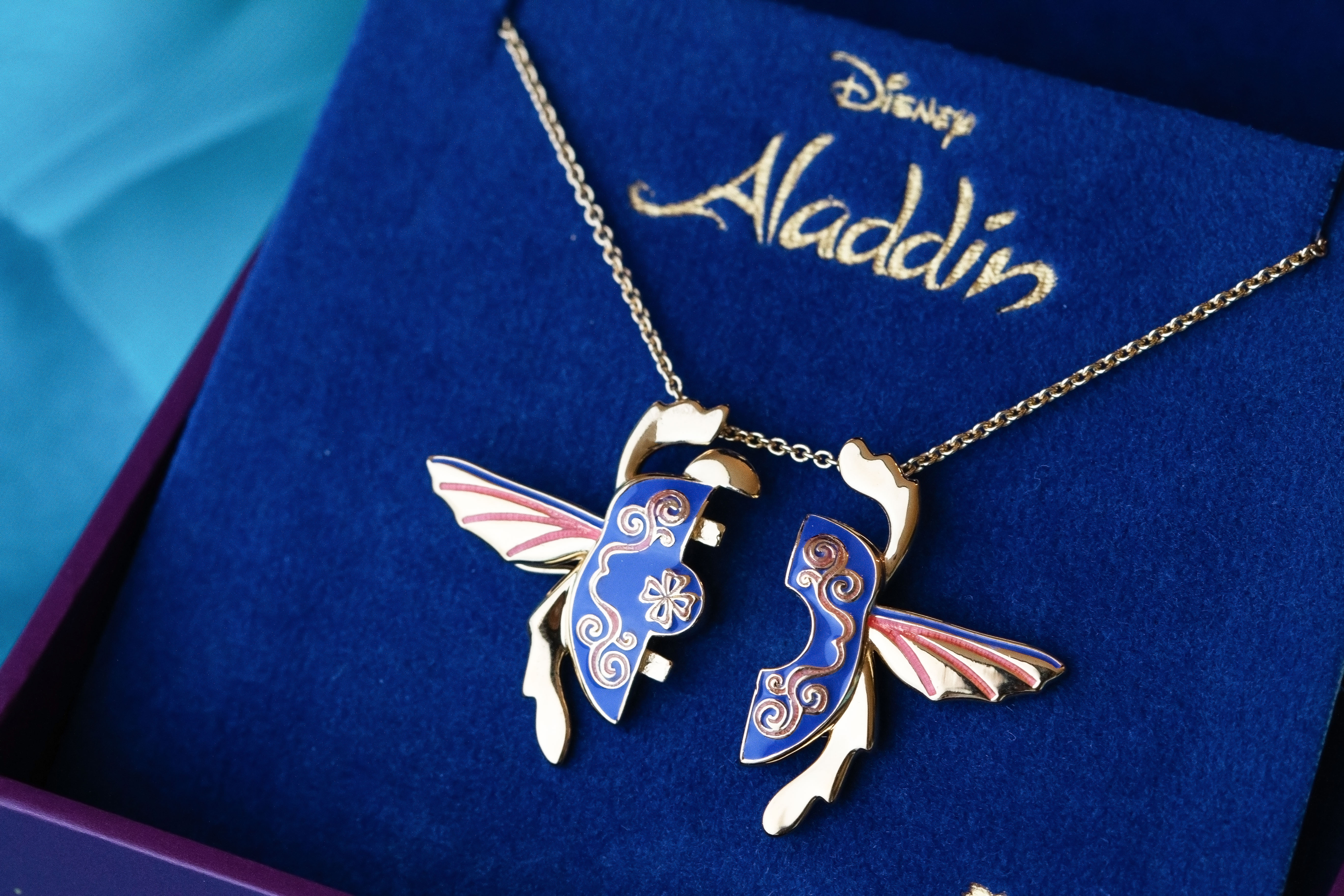 RockLove CEO and head designer Allison Cimino described the collection and her inspiration for it.”Disney’s Aladdin is full of wonder and I wanted to bring that mischief and magic to the Disney X RockLove Aladdin jewelry collection.” She continued, “Each piece has a moment of interaction and surprise; the two halves of the Scarab Necklace separating and the Abu Earrings playfully swinging by his tail. Jafar’s Snake Staff Ring is adjustable and has mesmerizing crystal eyes – beware his mind control! And throughout the line, rich blue and red enamels nod to the swirling patterns of Magic Carpet.”

You can preorder the magical Aladdin line from RockLove now!