The Mars 2020 Rover Has Been Named - Nerdist

The Mars 2020 Rover Has Been Named

NASA made the announcement today, after the conclusion of a naming contest. The nationwide contest resulted in 28,000-plus essays written by K-12 students from every state and territory in the U.S. NASA subsequently whittled down those essays to 155 semifinalists; roughly 770,000 people from around the world voted on those semifinalists.

“We’re always curious and seek opportunity…but if rovers are to be the qualities as us as a race, we missed the most important thing: Perseverance.”

Alex Mather, a student at Lake Braddock Secondary School in Burke, Virginia, submitted the name Perseverance. Mather read his essay submission aloud during the name unveiling, saying that “We as humans evolved as creatures that could learn to adapt to any situation, no matter how harsh.” He added that “We, not as a nation, but as humans, will not give up [on exploring Mars]. The human race will always persevere into the future.” 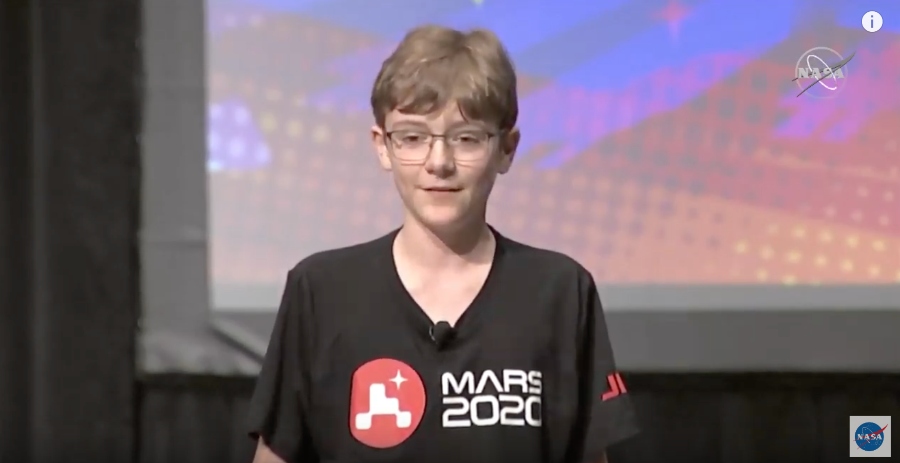 For those unfamiliar with Perseverance, formerly known as the Mars 2020 rover, it is the robotic rover at the core of NASA’s Mars 2020 mission. Ken Farley, one of the missions’s Project Scientists, says that two of the mission’s key objectives will be “to specifically seek the signs of life,” and “sample materials and prepare a cache [of Martian dirt] that could be returned to Earth by a future mission.” Perseverance will have other onboard tools for making scientific measurements as well, and will be looking to determine, among other things, how hazardous Martian dust is. Perseverance will even be looking to produce a small amount of small amount of pure oxygen (O2), from the carbon dioxide in the Martian atmosphere.

Perseverance is the fourth Mars rover. It follows Sojourner, Spirit and Opportunity, and Curiosity. 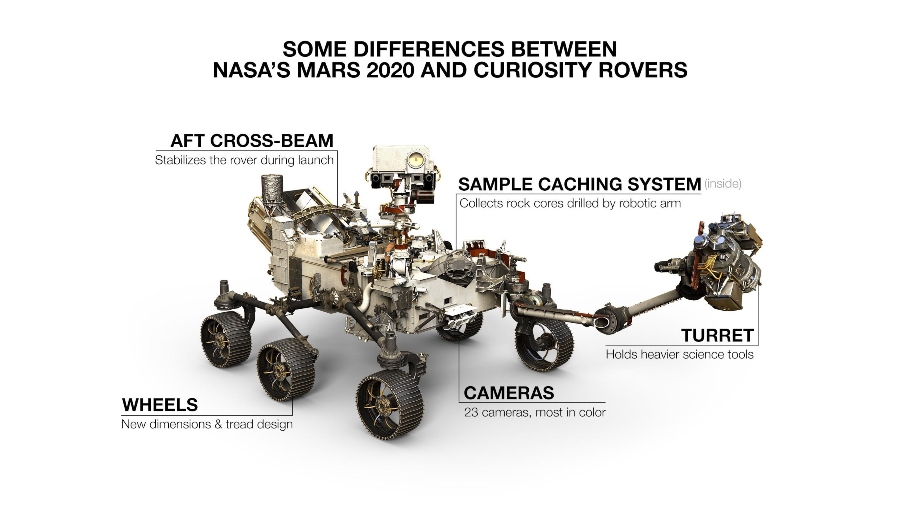 A look at some of Perseverance scientific tools. NASA/JPL-Caltech

If Perseverance does make it to Mars—it’s set to land on the Red Planet on February 18, 2021—it will also be the completion of the first step of the Mars Sample-Return (or MSR) mission, which has the ultimate goal of sending samples of Martian regolith (i.e. Martian dirt) back to Earth for far more in-depth laboratory testing. If all goes according to plan, Perseverance will collect regolith samples in small tubes that will then be left at various, identifiable points on Mars’ surface, and will then be picked up and shot back to Earth by a rocket loaded aboard a rover that would hopefully land on Mars in 2027.

“Curiosity is what we need when we explore” Dr. Zurbuchen, Associate Administrator for the Science Mission Directorate at NASA, said during the announcement. “But there has never been exploration, never been making history, without perseverance. Perseverance and curiosity together is what exploration is all about.”

What do you think about the name selected for the Mars 2020 rover? Did you vote for this particular moniker in the polls? And how far do you think we’ll be able to get with the Mars Sample-Return mission in terms of identifying signs of ancient, or even current life? Let us know in the comments!