“Now tell me, where is your master? Where is Grand Admiral Thrawn?”

The live-action debut of Ahsoka Tano on The Mandalorian wasn’t a total surprise. Her asking the Magistrate about Grand Admiral Thrawn sure was though. The blue-skinned Chiss Imperial officer, a legendary Star Wars villain, was last seen vanishing into the Unknown Regions of the galaxy far, far away. Ahsoka’s shocking question implies he found his way back. And if Thrawn has returned, that creates a path to find another missing character: Ezra Bridger.

If you’re unfamiliar with the wildly popular Thrawn check out our primer on his long, storied role in Star Wars history. The red-eyed master tactician and military savant was one of the highest ranking officers under Emperor Palpatine. Always dressed in his impeccable white uniform, Thrawn was unlike most Imperial leaders. He was cordial, treated his underlings with respect, and he had a deep admiration for culture and the arts. He was also ruthless when he deemed such actions necessary. And his unquestioned loyalty to the Empire, combined with his cool, collected demeanor and skills as a warrior, earned him Palpatine’s trust.

Thrawn was not someone to mess with. The Spectres learned that lesson many times on Star Wars Rebels. Thrawn was the chief enemy for the animated show’s last two seasons. The group of freedom fighters clashed with the Grand Admiral on numerous occasions and were only able to finally defeat him thanks to a great sacrifice by young Jedi-in-training Ezra Bridger. 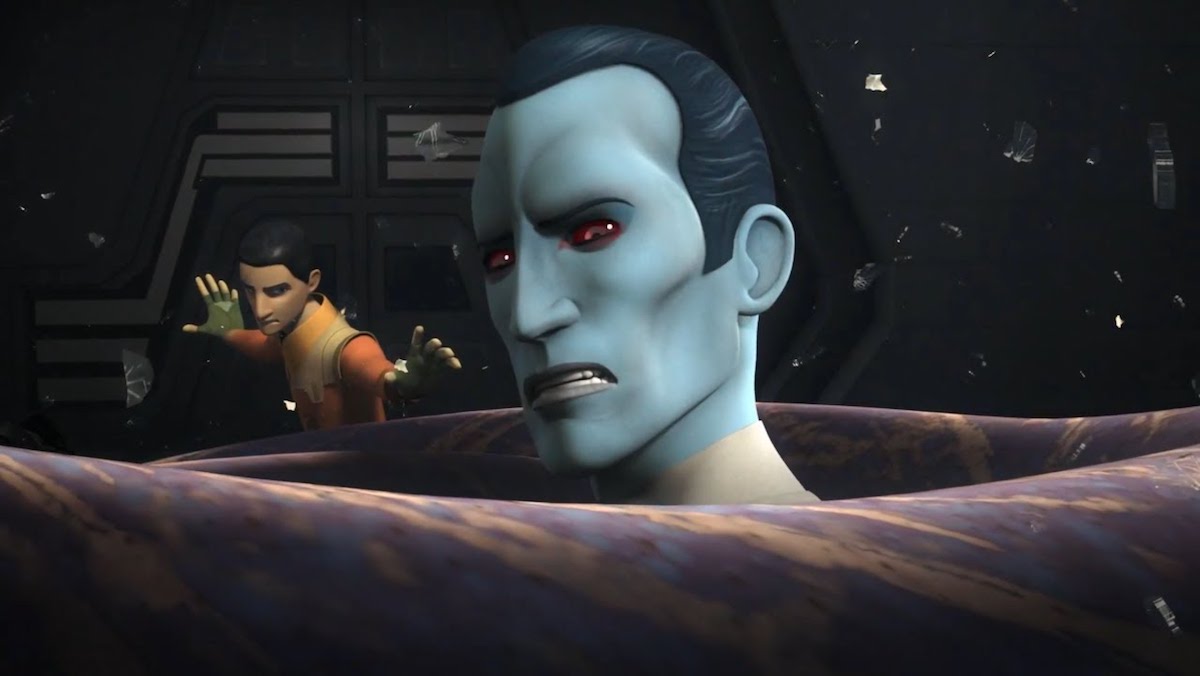 In the series’ finale, Ezra called on purrgils—magical Force sensitive animals (sort of like space whales) capable of jumping into hyperspace themselves—to attack the ship both he and Thrawn were on. The purrgils grabbed hold of the vessel and whisked it deep into unchartered space, taking both Ezra and Thrawn with them. The series ended with a flash forward set after Return of the Jedi, with Ahsoka Tano and fellow rebel Sabine Wren setting out on a mission to find Ezra. (A scene that Dave Filoni hinted might not take place exactly when we thought it did.)

The Star Wars sequels offered no hints to the two mens’ fate. But The Mandalorian now has. The Magistrate Morgan Elsbeth was a powerful woman with deep roots to the Empire. “During the Clone Wars her people were massacred,” Ahsoka told Din. “She survived and let her anger fuel an industry, which helped build the Imperial Starfleet. She plundered worlds, destroying them in the process.”

People didn’t reach that kind of position under Palpatine without being both capable and loyal. And Elsbeth’s connection to the Imperial Starfleet guarantees she was in close contact with Thrawn during the Empire’s reign. The Grand Admiral with an eye for details both big and small would have overseen the building of his ships. 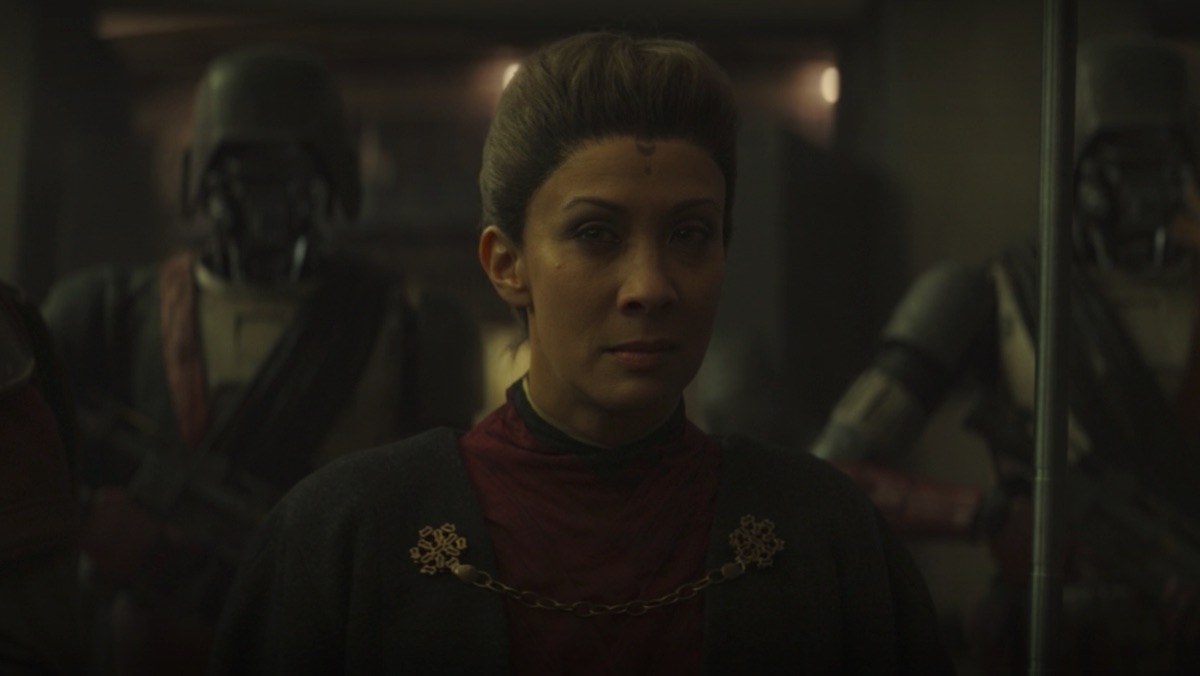 Ahsoka is a wise woman with her own informants around the galaxy and a strong connection to the Force. She firmly believes Elsbeth is still working for her “master” now. At the start of the episode, when the former Jedi gave Elsbeth 24 hours to decide her fate, the Magistrate said, “Page him.” That “him” might very well be Thrawn.

Maybe Thrawn knows the planet the purrgils took them both to. Or Ezra returned with the Grand Admiral. Thrawn doesn’t seem like the kind to easily forgive or forget his own defeat. Especially when it helped lead to the end of the Empire. Ezra might be a valuable captive of Thrawn during this era of Star Wars. It’s not a position anyone would ever want to be in. But it might be better than being lost in the galaxy.

We already thought Din Djarin might be the one to find the missing Jedi even before this episode. Now the show has given us a path on how to locate him. Because if Thrawn is back, he knows where Ezra is too.