THE MANDALORIAN’s Troubling Attitude Toward Wildlife

The Mandalorian is undoubtedly fun. But Baby Yoda and his guardian’s lack of respect for the natural world is disturbing. Star Wars has always used interesting wildlife to set the scene. Think the toad-like worrt outside of Jabba’s palace; it provides a peek into the life of creatures seemingly untouched by the antics of the Galactic Empire or the Skywalker family. Though some are not so lucky as to be left in peace. 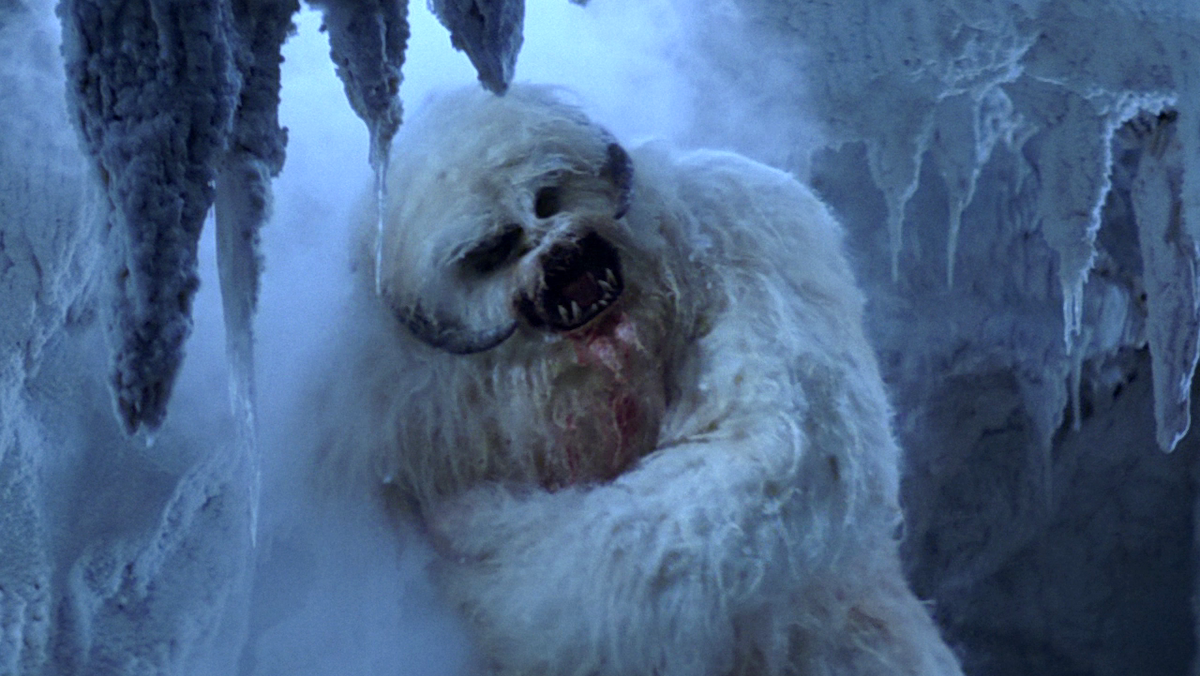 The films depict most of its animals respectfully—even those that endanger our heroes. The wampa is hungry; the abyssal creatures of Naboo are awe-inspiring; the rathtars are certainly not meant to be on a spaceship. Who knows what the dianoga is up to in the trash compactor, but we assume it serves a purpose. When an animal is killed or maimed to rescue a character, it is clear that there was no other choice.

The rancor’s keeper crying when Luke kills the “monster” is in stark contrast to Luke’s relief after the intense fight. These little details are Star Wars at its storytelling best. Those few seconds in Return of the Jedi with no explanation or payoff later invests us in the whole universe, not just the one storyline we’re following. The (no longer canon) book Tales from Jabba’s Palace reveals that the keeper and his beloved pet had prepared to escape captivity that very day.

So what to make of chapters nine and ten of The Mandalorian? Episodes in which our characters come together via the killing of wildlife that was simply minding its own business? Unlike Mando himself, I loved the idea of returning to Tatooine in the first episode of season two. To see the Krayt dragon go from bleached skeleton to CG masterpiece, and learn that it eats sarlaccs is exciting. ( Is this how Boba Fett escaped?) 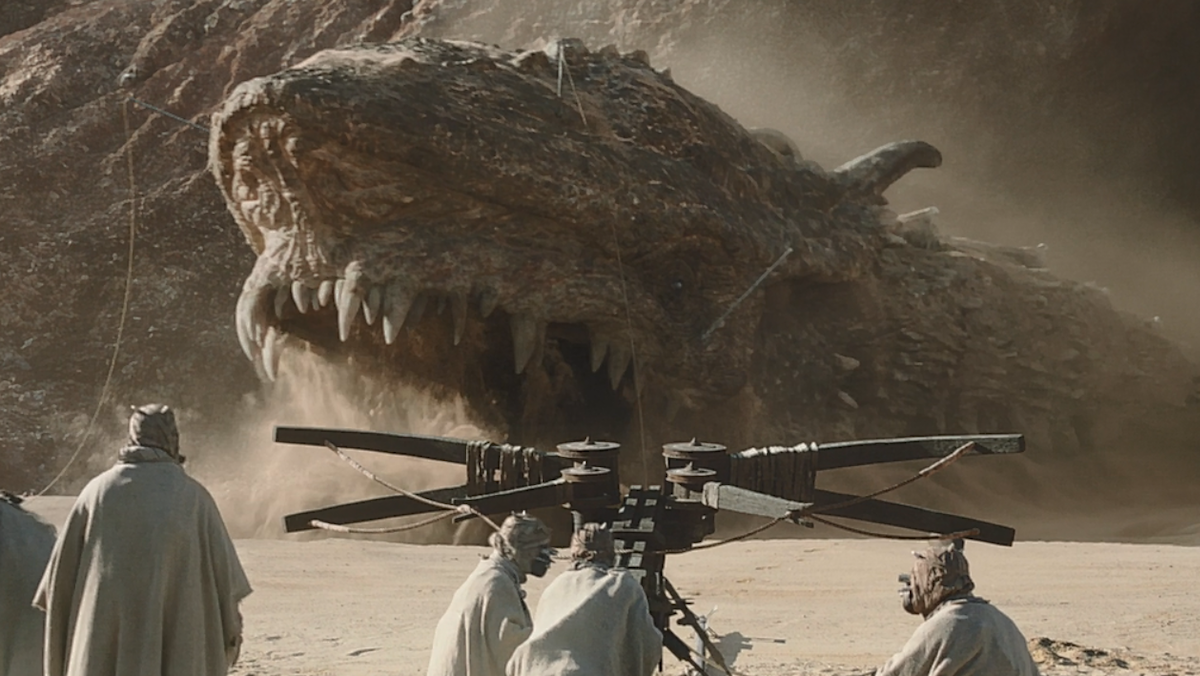 But why did the dragon need to die? Because the resilient residents of Mos Pelgo built their town on its habitat? Or because the Tusken Raiders value its pearls? Because we needed to see Timothy Olyphant as a cowboy at least one more time? Historic enemies coming together in a shaky alliance for a common purpose makes for an inspiring tale… if you ignore that the goal is to slaughter a majestic beast.

The second episode of season two plays Grogu’s insatiable hunger for laughs—an infuriating plotline. Eating the eggs of a character (we won’t even get into her being called Frog Lady) desperate to save her bloodline is heartless. Would one so strong with The Force be such a thoughtless troublemaker?

On the ice planet, Grogu takes a break from eating those eggs and wanders off to eat other eggs. This time there are consequences. The ice spiders fight back; this rather quickly devolves into the annihilation of their entire population, from newborn to ancient. They didn’t need to die, and seeing the rangers of the New Republic shooting them like womp rats was unpleasant. 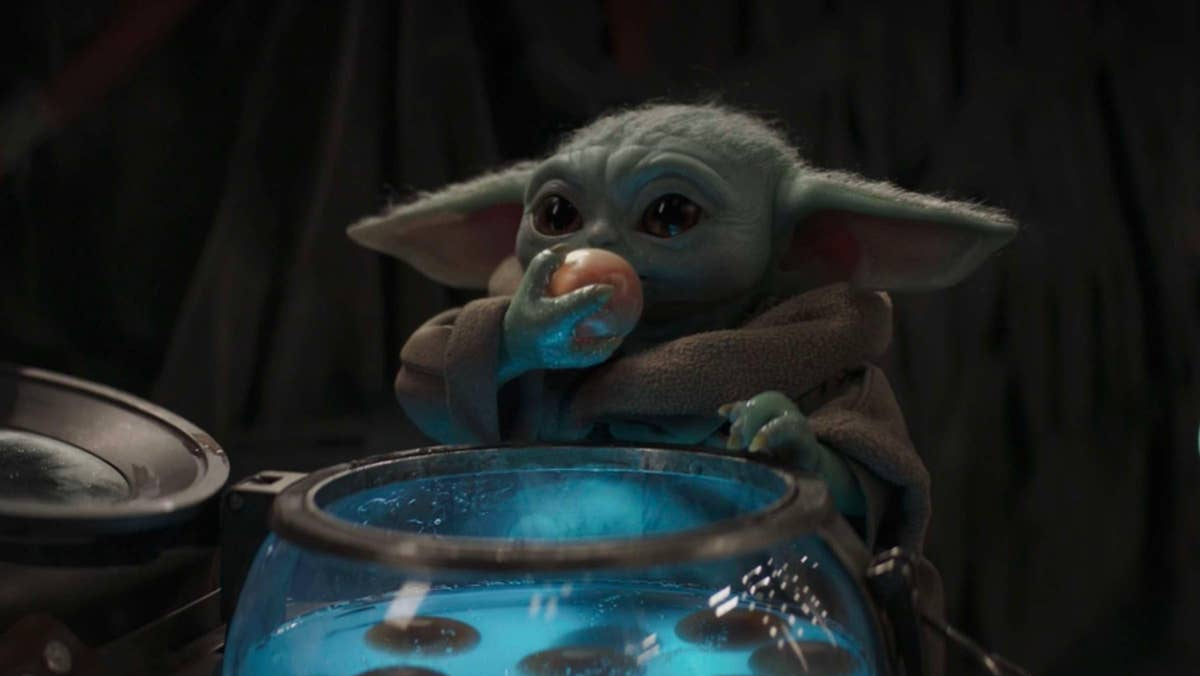 Mando’s ambivalence is out of character for one seemingly intent on respectful travel – the same episodes showcase his ability to communicate with Tusken Raiders and attempts to find a common language with the Frog Lady. Sure, the characters in The Mandalorian are more anti-heroes than those in the films, it’s one of the reasons the show is so compelling. But a disregard for animals is too far past the line to be forgivable.

In season one, Mando earned his mudhorn signet after killing one, again unnecessarily. While the scene is memorable for the introduction of The Child’s Force powers, all I remember is that a mother protecting her egg is murdered when incapacitation was possible. My least favorite moment of the series is the roasting of a monkey-lizard (think Salacious Crumb), right in front of another one. We know from Return of the Jedi that the species is sentient.

This is a new and disturbing trend, and one I hope doesn’t become more common in Star Wars. Critters large and small have such a rich history as part of the worldbuilding. And not just in the original trilogy, I consider The Last Jedi to be the pinnacle. The best executed explanation of The Force we ever get comes when Luke explains the connectivity of all life as Rey explores Ahch-To. 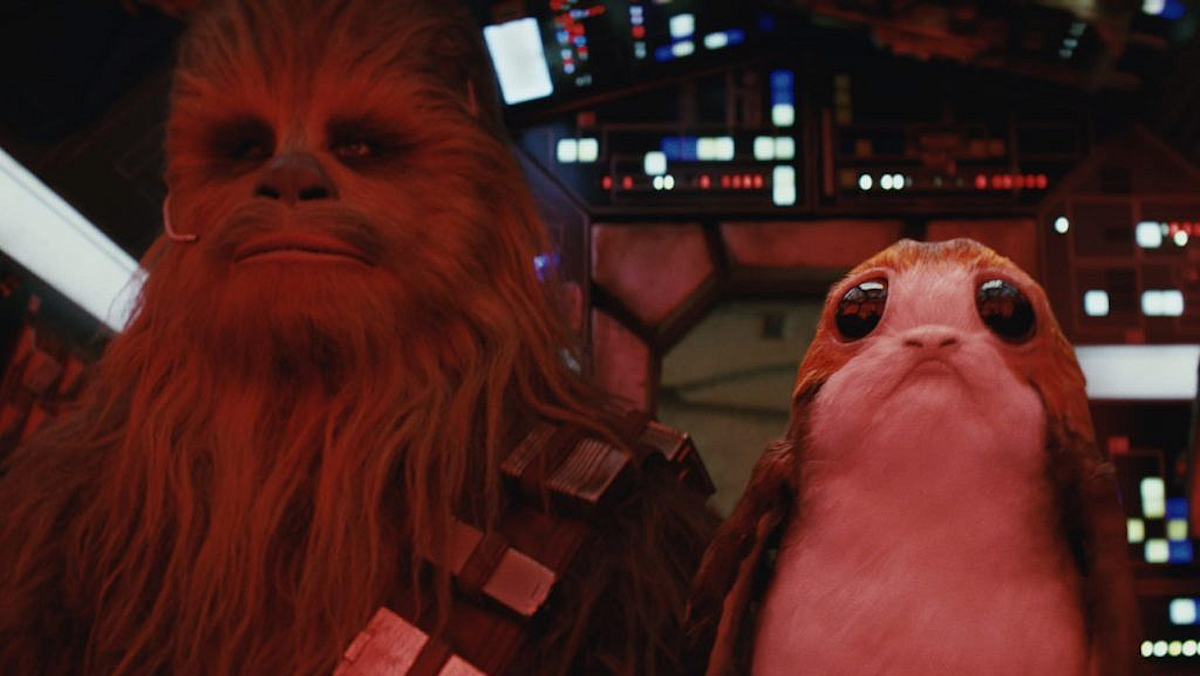 Now imagine a similar scene where a younger Luke takes Grogu to the island for training and has to stop him from eating porg eggs (which you know he’ll do). It is hard to reconcile these moments as being within the same reality. Sure, porgs are probably delicious but we need the acknowledgement of empathy, like Chewie’s redemption storyline after roasting a few.

I love that The Mandalorian weaves in both new and Legends mythology to teach me about a galaxy I thought I had all figured out. But if we don’t properly discuss onscreen depictions of crimes against wildlife, it will lead to complacency in the real world. We have serious environmental issues here on Earth, with more than 500 land animals projected to go extinct in the next 20 years, more than in all of the 20th century.

The lack of empathy from the characters, even ones as complicated as those in The Mandalorian, is troublesome. The fans, planet Earth, and the characters themselves deserve better. Fingers crossed for season three.

5 Things You Probably Forgot About the AVATAR Franchise