Unless you’re one of the most powerful Jedi the galaxy far, far away has ever known, you really don’t want to run into any Dark Troopers. As Moff Gideon gleefully pointed out on The Mandalorian, even a powerful warrior like Din Djarin had his “hands full” with one. But that doesn’t mean you can’t bring one home. Hot Toys’ new 1/6th scale Dark Trooper figure brings that deadly droid to life without any of the danger.

But it will still be plenty imposing. 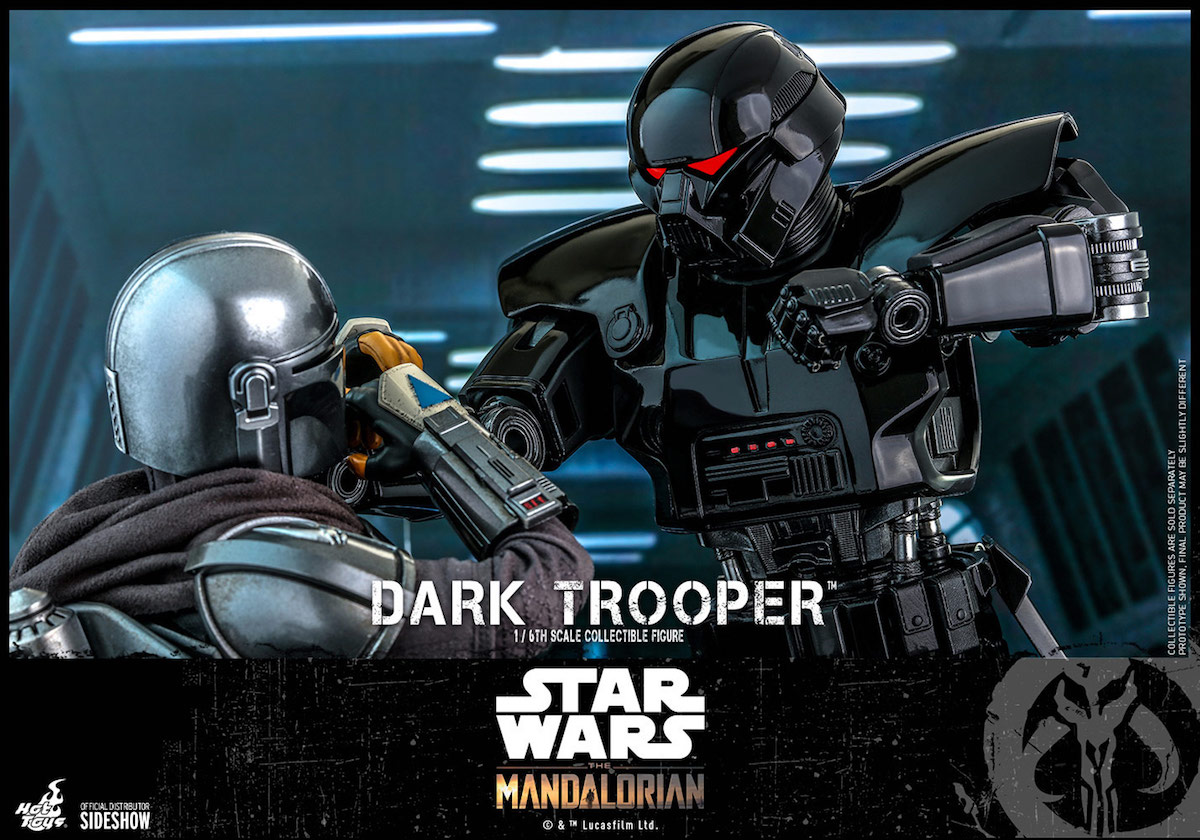 The Mandalorian‘s second season ended with Luke Skywalker slicing through an entire platoon of Dark Troopers. But that courageous act only showed how formidable they really are. The third generation of the Empire’s special troopers did away with their biggest “weakness.” They no longer needed humans inside, which meant they could be even bigger and more cold-blooded. Now those oversized killer droids can tower over your desk or bookshelf, with Hot Toy’s new Star Wars Television Masterpiece Series figure.

The “highly-accurate” collectible stands a whopping 32.5-cm tall. (That’s what happens when you make a 1/6th scale figure for a giant robot.) It also features more than 25 points of articulation and “realistic glossy black armor with metallic silver joints.” And to make it even more authentic, it’s also outfitted with battery-operated red LED lights for both the chest panel and helmet. 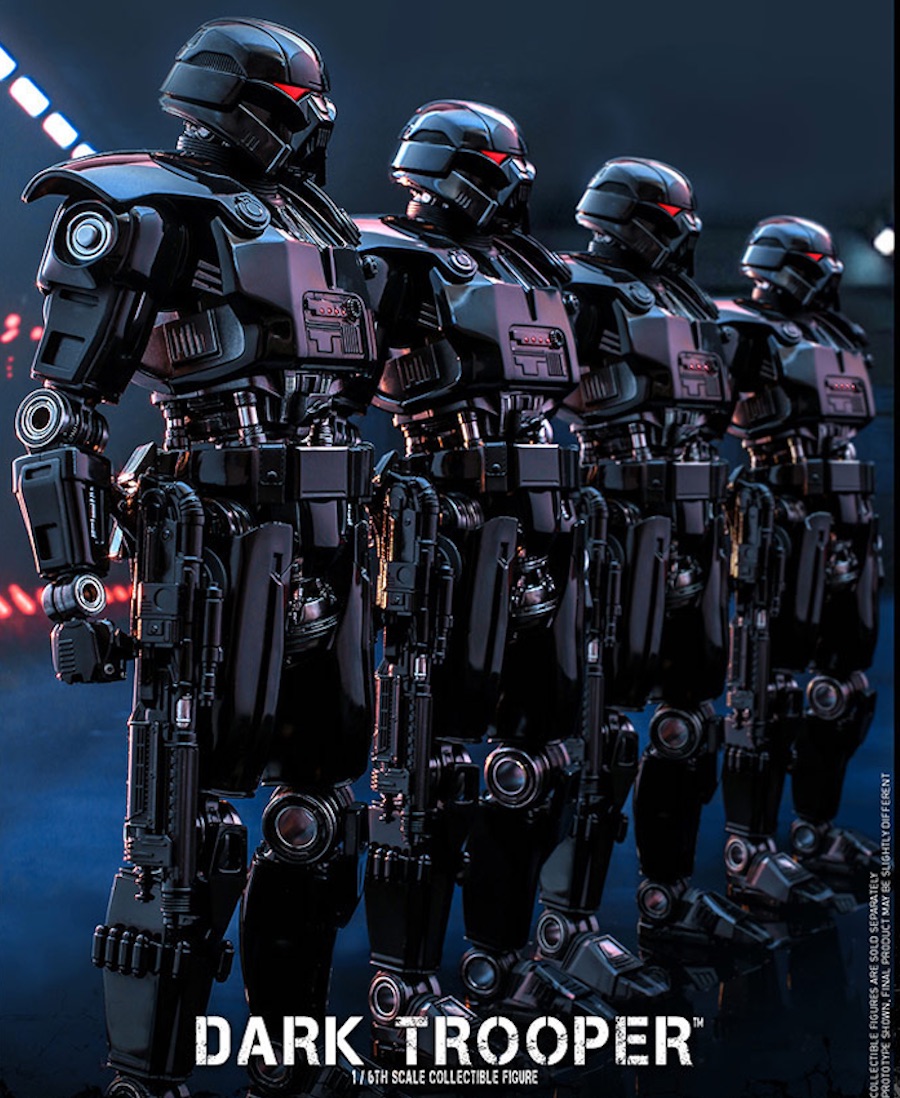 The full set also comes with six pairs of interchangeable hands for different poses. That includes ones for holding the blaster rifle for when punching a door takes too long. And you can display yours with a figure stand adorned with the Star Wars logo and character nameplate.

This big figure also comes with a big price tag. Pre-orders are available at Sideshow now for $260. Unless you want a whole platoon. Then you’re going to need an entire ice cream maker of Beskar steel. Even then you won’t be getting yours anytime soon. The figure has an expected shipping date of sometime between April and June of 2022.

That’s a while to wait for collectors. But not enough time to become a great Jedi master. So hopefully we’re right and yours won’t come to life and attack.