In THE LAST OF US II, No Redemption Is Necessary - Nerdist

In THE LAST OF US II, No Redemption Is Necessary

The Last of Us II forces you to play as two characters: Ellie and Abby, both of which have few to no redeeming qualities. This experience is uncomfortable for the player, who’ll cringe at the level of selfishness depicted by both. This is an essential part of the game, but it’ll also make you wonder, when is it enough?

Ellie is not a likable character. You understand the angst she had as a kid, but now that anger has morphed into a self-absorption that is destructive. She exudes angst and selfishness from the beginning of the game until the end. It didn’t start with the death of Joel, as flashbacks reveal what drives Ellie’s obsession for payback: her discovery of the truth of what happened at the hospital.

When Jesse arrives to help her, she manipulates him as well. When he learns Dina is pregnant with their child and suffering from 24/7 morning sickness, he and Ellie agree that once they find Tommy, they will all return to Jackson. However, when they learn where he is while at a mall, Ellie balks and says they need to head to Abby because that’s where Tommy would head. Her goal is to kill Abby, as evidenced by her countering Jesse’s fear that Tommy may die with a “he can take care of himself.” 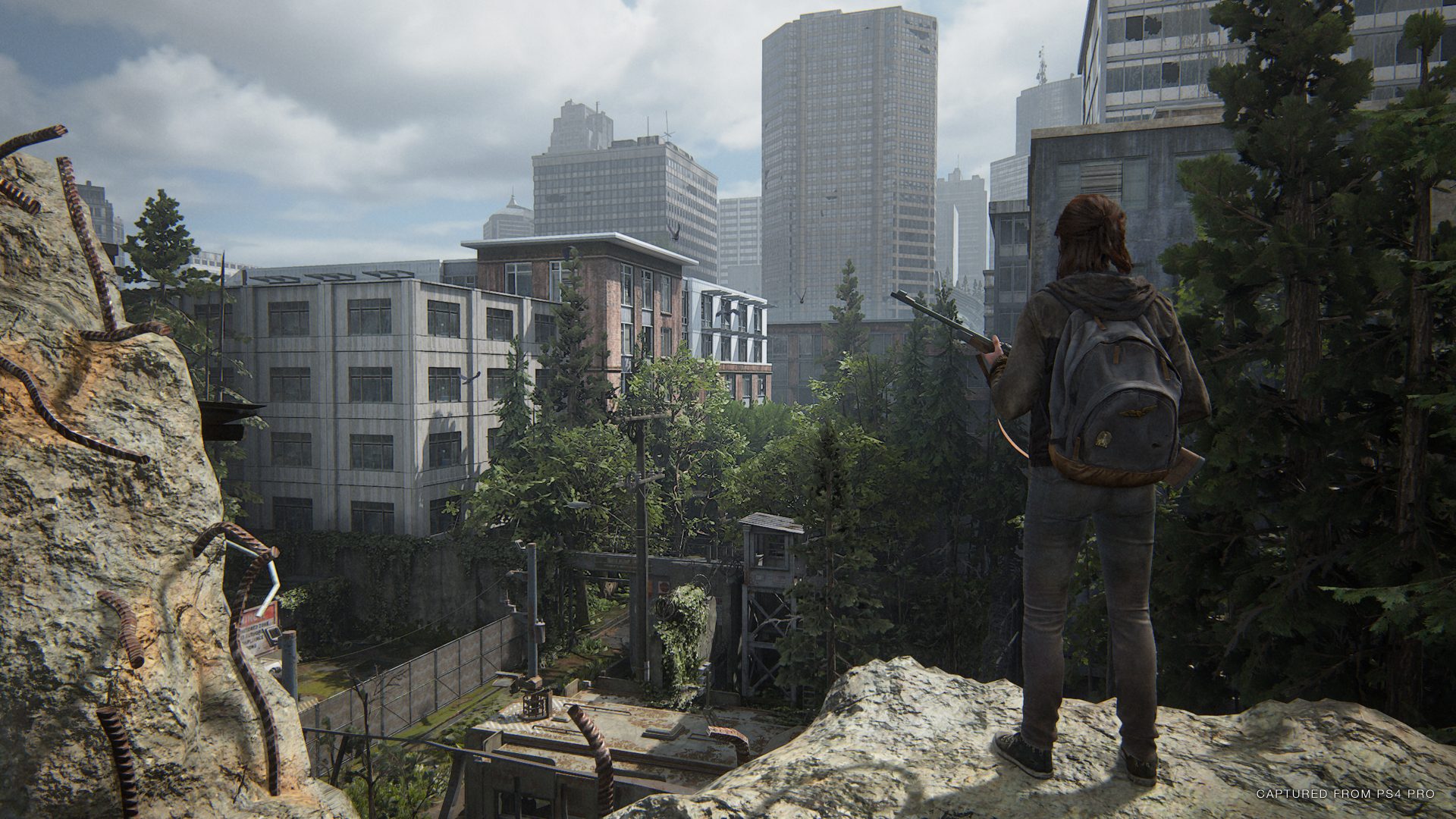 Ellie is so immersed in pain, anger, hatred, and guilt that she has no issue manipulating and lying to those around her, or putting them in harm’s way. When she discovers that Dina is pregnant, she’s upset solely at the “burden” it places on her. This chapter of the game proves that Ellie’s hunger for vengeance overshadows everything, including her feelings for Dina. This is proven near the end of the game when she opts to abandon Dina and her son to again hunt for Abby, despite having barely survived their last confrontation and Abby’s warning.

Tommy is also destroyed by Ellie. Initially he did not seem hellbent on vengeance when he spoke to her. But because of her determination he goes alone to seek vengeance, ends up permanently injured and bitterly pining for vengeance as well. This is also thanks to Ellie swearing she would go after Abby again. Yet when she does, it is selfishly motivated and has nothing to do with her promise to Tommy.

She goes so far as to fight through a throng of people just to rescue Abby so that they can fight. While she finally comes to the realization that none of this changes anything and her pain is from her own guilt for resenting Joel and while she does spare Abby’s life, there is no consolation that she can return to her relationship. Even her sparing Abby comes from a place of selfishness. In the end she lost her opportunity for a life with Dina and baby JJ, as Dina made it clear that she would not be waiting and we see, from Ellie’s return to an empty (save for her things) house that Dina was true to her word. She has lost her redemption, her opportunity to move on and it ends with her leaving the house. Perhaps to head to Jackson and see if Dina is there. Perhaps to simply learn to live with the memories in seclusion. 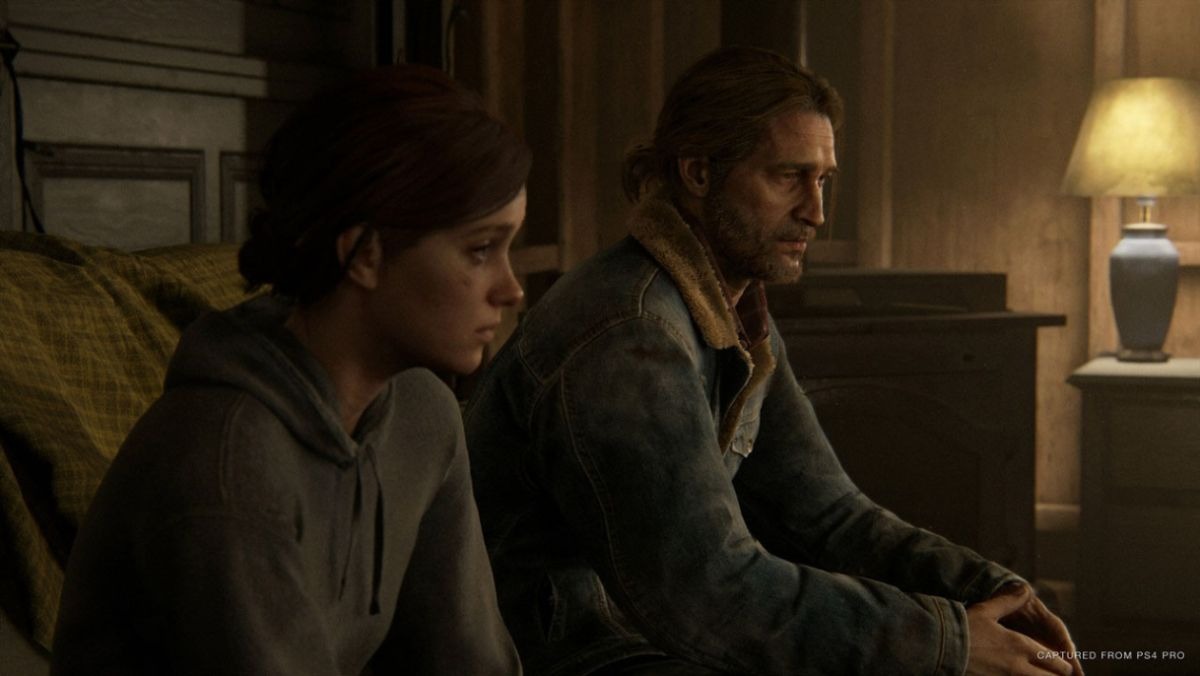 Joel’s murder causes Ellie to resent Abby’s group because, though she does not want to acknowledge it, she realizes they are not so different. Whereas Jesse and Dinah question whether Abby’s group are really villains, Ellie remains steadfast in her rage and ignores the fact that Abby spared both her and Tommy when she could’ve killed them both and tied up that loose end.

The twist of playing as Abby forces us to understand her motivation; however, she is just as selfish for most of the game. Her quest to kill Joel overshadows all other aspects of her life, costing her romantic relationship with Owen. Her obsession with training to effectively track and kill Joel eventually pushes Owen away. While also interested in vengeance alongside Manny, Mel and the others, Owen understands that living matters more.

Years after their relationship has ended, Abby finally gets a lead on Joel and asks Owen to come along with the others. After finding out Mel is pregnant by Owen, Abby’s reaction is similar to Ellie’s with Dina: she is annoyed that this may put a kink in her vengeance plan. So she goes on her own. But when she realizes who Joel is, instead of just immediately killing him, she uses him and Tommy to survive and return to her group, then, once she is effectively safe, she seeks brutal revenge. There’s a line for how much she risks her life for revenge, but risking others’ lives is completely okay. 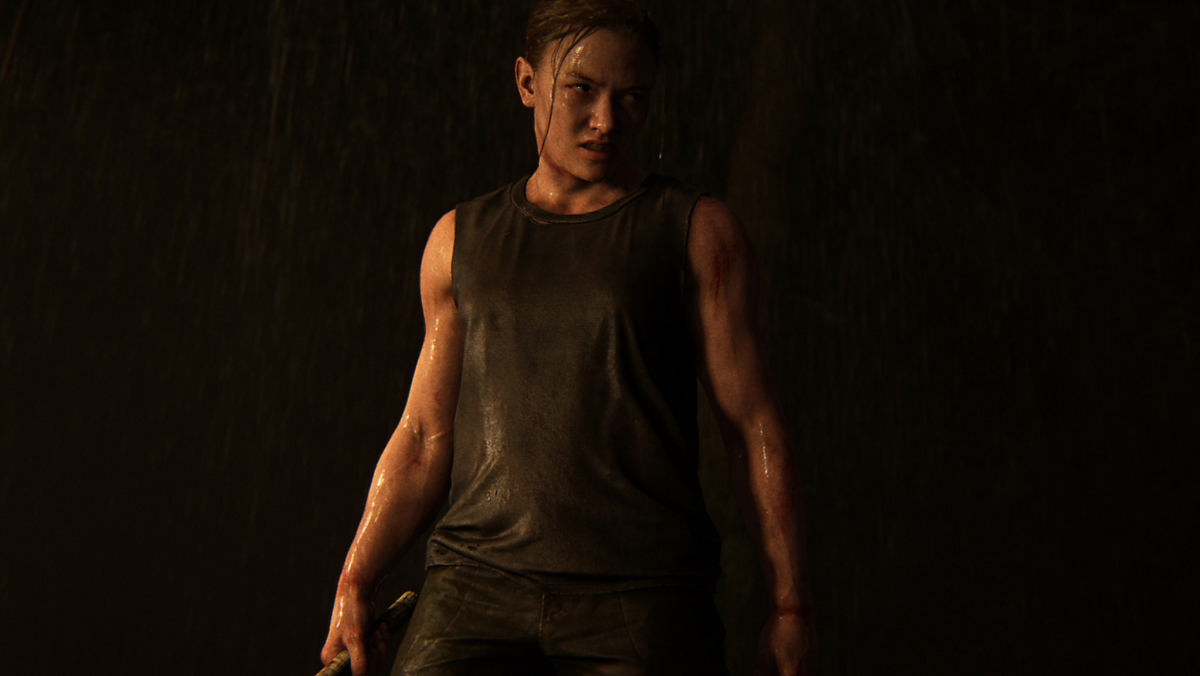 Her revenge is her revenge. Not theirs. This is clear when Abby could have easily put a bullet in Joel and called it a day. Instead, she tells Mel to tourniquet his leg, the significance of which horrifies Owen and Mel. They signed up for revenge, but it’s clear for Abby that this is not just about killing the person who killed her father.

Abby chooses to spare Ellie and Tommy due to her own selfishness—this was just about Joel—but that choice puts all of her friends in greater risk; this is an example of The Last of Us Part II’s recurring theme of lack of care of foresight. Joel didn’t anticipate revenge, though he should have. Abby doesn’t anticipate revenge, despite Ellie telling her that she will kill all of them after watching Abby beat Joel. Abby, not wanting to feel like a monster but an avenger, chooses to let Tommy and Ellie live. The results of that choice have far-reaching consequences for her.

Once Abby’s revenge is complete, she rekindles her relationship with Owen, who is still with a pregnant Mel. Abby is driven by her own desire not to feel like a horrible person, yet she is unable to make the choices based on what is right. It’s about how it will make her feel. That’s why she is unable to sympathize with Mel, who is uncomfortable in her presence because she beat a man to death. Abby doesn’t see that she already crossed a line, and feels as though she is being wrongly shamed for what she did as she and Mel discuss it.

Even her aiding the two kids, Lev and Yara, comes from a place of wanting to feel good, wanting to feel that she’s done what’s right. Maybe subconsciously she knows and refuses to acknowledge that she crossed a line in murdering Joel and is actively seeking to prove to herself that she is not selfish. But again, it comes from a place of doing what is right to feel good. 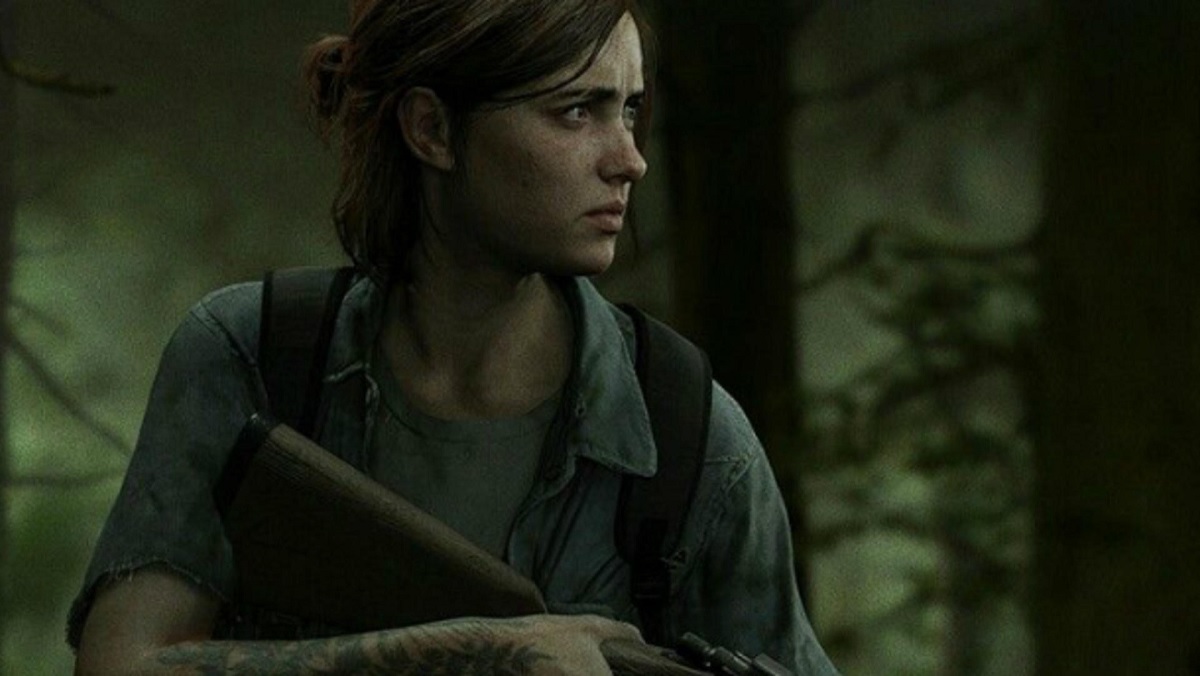 Her choices to spare Ellie and Tommy and go on a mission with Lev and Yara lead to the deaths of Owen, Manny, Mel, and everyone else involved with Joel’s murder. Abby isn’t a good person. She is still selfish throughout the game. When she and Ellie have their first fight, Abby, knowing Dina is pregnant, is prepared to slit her throat regardless. What stops her is arguably Lev, but truly it is Abby knowing she would have to confront her nature and desire to feel like a “good person.”

Later in the game, Abby’s selfish nature is again on full display as she drags Lev to find Fireflies, thereby putting them both in danger. She even gives their info to the random stranger on the radio which leads to both of them being captured.

The game confronts us with a large degree of discomfort in how it attempts to have us sympathize with Abby, which it fails to do. But it goes beyond this, to make us realize that neither Abby nor Ellie is a selfless individual. Some of the peripheral characters are selfless which adds to the stark contrast between them and our leads. Yet, because of this, the game is unique. The discomfort and anger is lasting. It sticks with you, and isn’t that what the best games do?

TAGGED: Naughty Dog, The Last of Us II