Everyone loves a good redemption arc, be it a sports redemption, or stories like A Christmas Carol or Les Misérables. Then there’s the best redemption story in fiction, the story of a villain who relentlessly hunted the hero for months and supported a regime that committed genocide in the name of power. He struggled his with choices in life, eventually realizing the mistake of his ways and aiding the hero in defeating the ultimate evil.

Only this didn’t happen in Star Wars, but 15 years ago when Avatar: The Last Airbender set its audience on the path of the greatest redemption story in modern fiction. 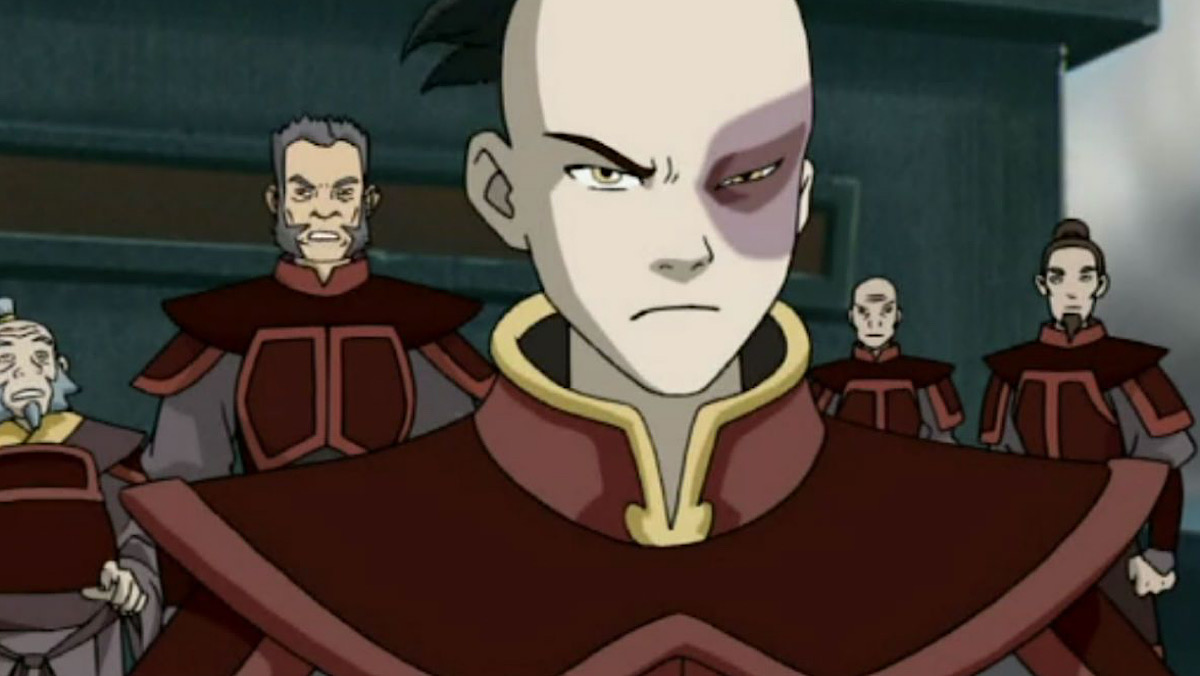 When we first meet Prince Zuko of the Fire Nation, there’s no question he’s the villain. His family started a war on the world that completely obliterated one of the Four Nations, wiping out the Air Nomads. He’s tasked with capturing the one person capable of stopping the war: the Avatar, who is now a 12-year-old kid. Zuko isn’t above risking his life or the lives of his soldiers to finish the mission, nor is he above invading foreign land, or making alliances with pirates in order to capture the Avatar.

But, the moment we meet him we also notice that Zuko isn’t a clean-cut villain. He knows his mission involves only the Avatar, and he offers to be lenient with the people of a small Southern Water Tribe village if they hand over the Avatar. The show slowly starts to reveal a tragic backstory that sees Zuko disfigured, banished from his home by his father for speaking out of turn at a war council, and trying to dissuade a general from needlessly sacrificing lives. And that doesn’t even begin to touch his relationship with his even more damaged sister, or the loss of her mother after she saved his life, or his dueling ancestries. In truth, Avatar spends more time building the intricate nature of Zuko’s ancestry, upbringing, and relationship to his family and country than even the titular character. 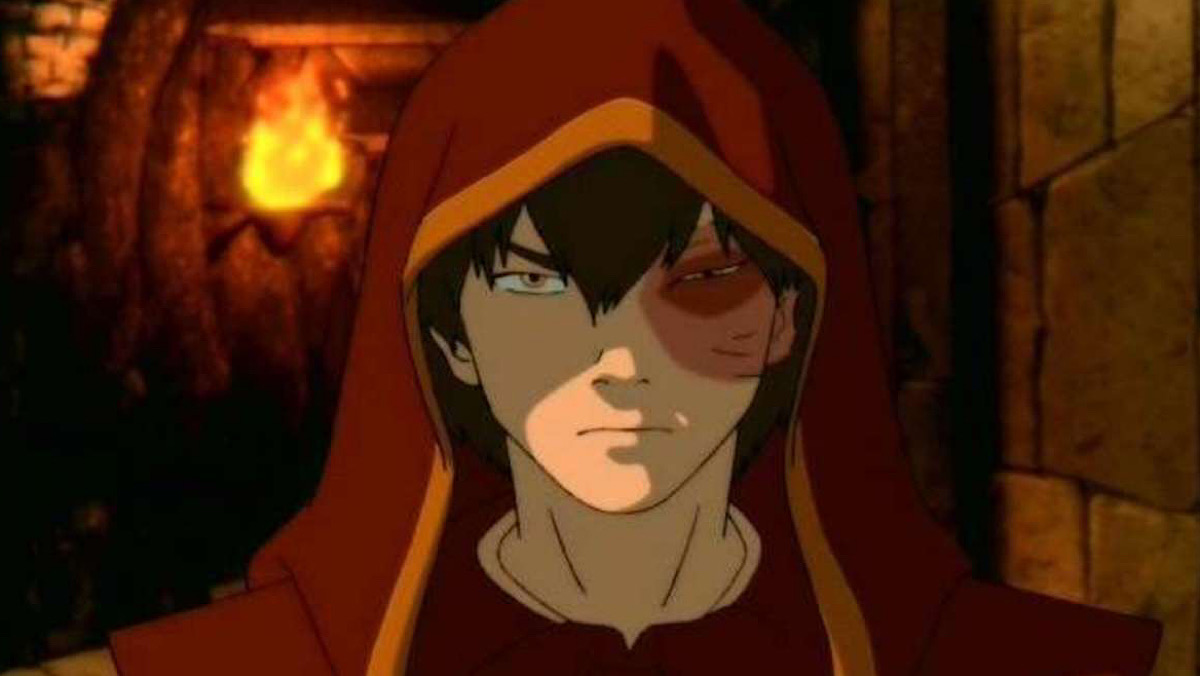 With this complicated backstory, Avatar wants to show that Zuko’s role as a villain was not one chosen by him, but for him. Unlike Darth Vader or Kylo Ren, he wasn’t tempted into committing atrocities by a shadowy figure, nor did he grow up with a deep hatred for an unjust world that warped his ideals until he became the thing he swore to destroy. No, Zuko’s anger and arrogance comes from a sense of shame. Shame for failing those who loved him, for not being good or brave enough. He doesn’t care about anyone because he doesn’t feel like anyone cared about him. Zuko’s backstory involves both great good and great evil, which paves a way ahead of him where he can choose his own destiny, as he’s never really belonged to just one side.

What makes this redemption story feel so earned, however, is that it took more than just an act of sacrifice for Zuko to earn back his honor. There is no single act of defiance that symbolizes the heel-face turn, and the redemption doesn’t come after death. Instead, the show portrays a slow and arduous journey with each step adding a little to Zuko’s realization that he is fighting for the wrong side. In season 2, the Crown Prince embarks on a solo journey and gets to experience first-hand how much pain the Fire Nation has caused throughout the world. Expecting to see a world grateful to live under the banner of his homeland, Zuko finds instead a world terrified of him and his kin. He doesn’t just hear that he and the Fire Nation are evil, he experiences the consequences of his actions firsthand. 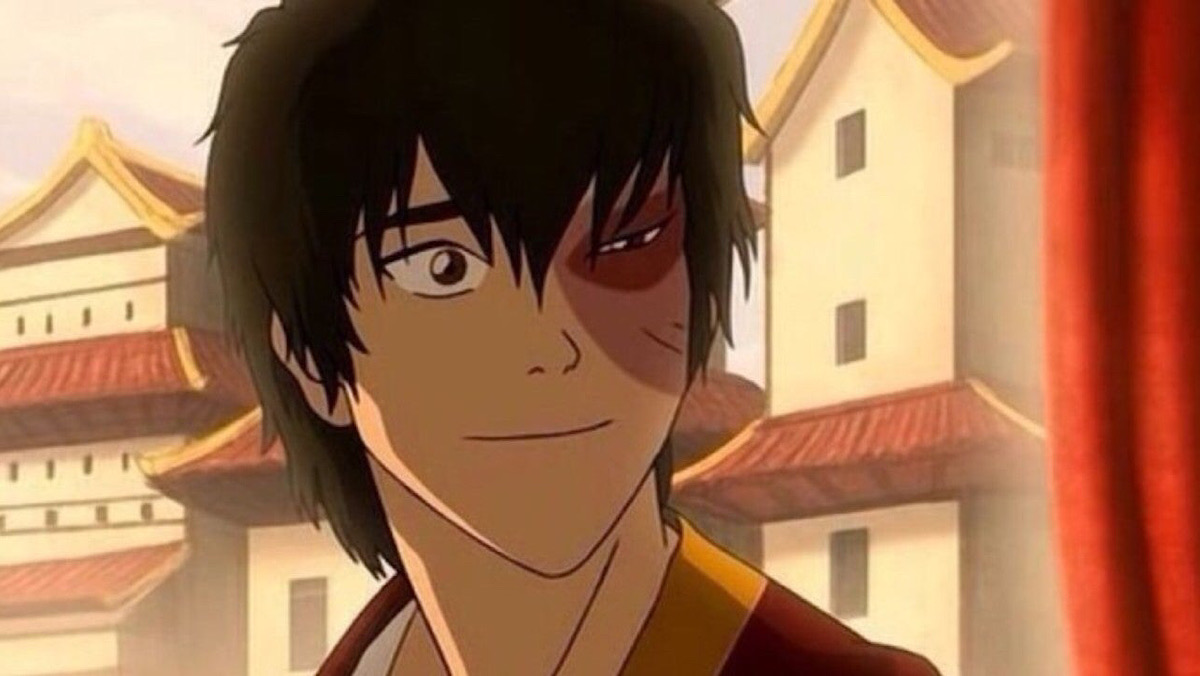 This arduous journey also includes several moments of hesitation from Zuko’s part. Not only are his mind and soul in constant conflict, but series creators Michael DiMartino and Bryan Konietzko bring Zuko to the verge of change at several moments throughout the show, where he’s within reach of helping his enemy and becoming a good person, only to have him reject change at the moment of truth. Zuko doesn’t become a hero in spite of his mistakes, but because of them and what he learned from them. In contrast, Darth Vader’s redemption comes only at his time of death, which didn’t allow for him to pay for his mistakes. Really, the only person we see who forgives him is his son, Luke. In the sequel trilogy, the only people that mention Vader talk about him as an evil dictator, not a tragic hero.

Zuko’s arc is one of hard work and making mistakes, but it is also one of acknowledging those mistakes and wanting to be better. Avatar: The Last Airbender certainly didn’t make it easy for its villain to become a good person, because that’s not how life works. But it is knowing that it took three seasons to get here that makes Zuko’s journey from villain to hero such a special and unparalleled story in animation.