THE LAST HOUSE ON THE LEFT Remains Horror's Gut-Punch - Nerdist

THE LAST HOUSE ON THE LEFT Remains Horror’s Gut-Punch

by Kyle Anderson
Horror movies used to be the chiaroscuro monster movies of the ’30s and ’40s, or the alien invasion allegories of the ’50s, or the technicolor costume dramas of the ’60s. But with 1968’s Night of the Living Dead, horror became visceral, gritty, upsetting—it became real.

In the 1970s, as New American Cinema ushered in the age of the independent film, so too did horror get more homegrown, less glossy. And right at the forefront of that was Wes Craven. In 1972, the 33-year-old former professor wrote, edited, and directed a movie that’s still shocking and upsetting 46 years later: The Last House on the Left.

Based on, of all things, the 1960 Ingmar Bergman film The Virgin Spring, The Last House on the Left was Craven’s debut movie, seeking to skewer zany teen comedies and crime pictures in a package that’s at once quirky and dangerous. The movie was cut to ribbons by American projectionists who thought it was disgusting, with seven whole minutes lobbed off in the interest of an R-rating. It was outright banned in the United Kingdom until 2002, when it was released with 31 seconds cut in order to get that county’s 18 certificate. It wasn’t released uncut until 2008.

So why is the movie so upsetting? Has it gotten any less upsetting in the years since? These are the questions I asked myself when I sat down to watch Arrow Video’s new special edition Blu-ray of The Last House on the Left. And the answer: Despite some quaint bits of dated comedy, it’s still one of the most affectingly upsetting horror films of all time. 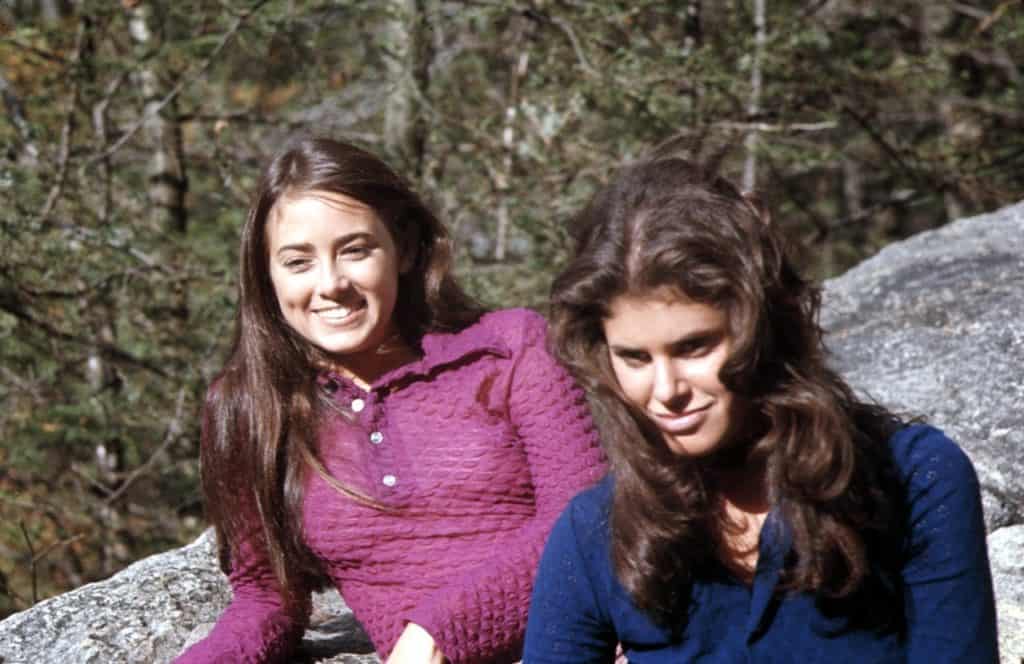 The story follows a 17-year-old girl named Mari Collingwood, a high school senior with ridiculously wholesome, loving parents. She and her friend Phyllis are off to attend a concert for her birthday when they hear a radio report of a mass prison escape by a collective of criminals: Krug Stillo (David Hess), a sadistic rapist and serial killer; his heroin-addicted son, Junior; Sadie, a promiscuous psychopath and sadist; and Fred “Weasel” Podowski, a child molester, peeping Tom, and murderer. The girls run into Junior almost immediately and try to buy pot off of him, and the boy leads them to his dad’s apartment, where the girls are trapped, and Phyllis is brutalized in front of the horrified eyes of Mari.

The next morning, the girls are crammed in the trunk of Krug’s car and taken to the woods where the criminals submit them to humiliation after humiliation before Phyllis is stabbed and nearly disemboweled, and Mari is raped, slashed, stabbed, and eventually shot out in the middle of the lake. After cleaning themselves up in the lake, Krug and company make their way to a nearby house for the night, intent on killing the owners the next day. However, they don’t realize it’s the Collingwood residence, and Mari’s parents are not just going to go quietly when they discover who Krug is, and what he’s done. 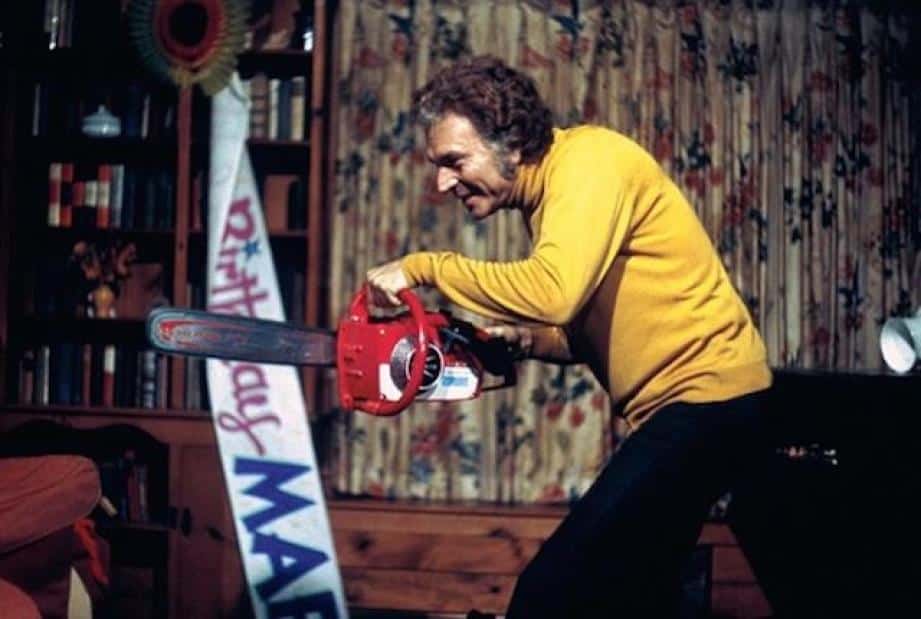 Parts of The Last House on the Left are purposely goofy—the podunk sheriff and deputy are clear comic relief, and the folk songs on the soundtrack by David Hess himself are hilariously upbeat and saccharine given the proceedings. Craven was a smart guy, and he didn’t so any of this by accident, instead intending to make a point about the perceived wholesomeness of America post-WWII conflicting with the horrors of the Vietnam War and dramatically rising crime rates.

And though it’s very clearly a product of its time, that doesn’t stop The Last House on the Left from remaining relevant and deeply upsetting in every decade. Craven pulls exactly zero punches, depicting heinous acts for maximum effect. But if it were all about gore and exploitation, the movie wouldn’t hold up at all. Craven puts the onus of the horror on us as witness to not only the vile acts, but the fear in the faces of the victims, and the sadistic revelry on those of the criminals. When Phyllis is raped, the camera doesn’t show you what happens, it zooms in on Mari’s face as she is made to watch. And then, for every act that follows, we do see what’s happening, and it’s us who are put in Mari’s shoes. 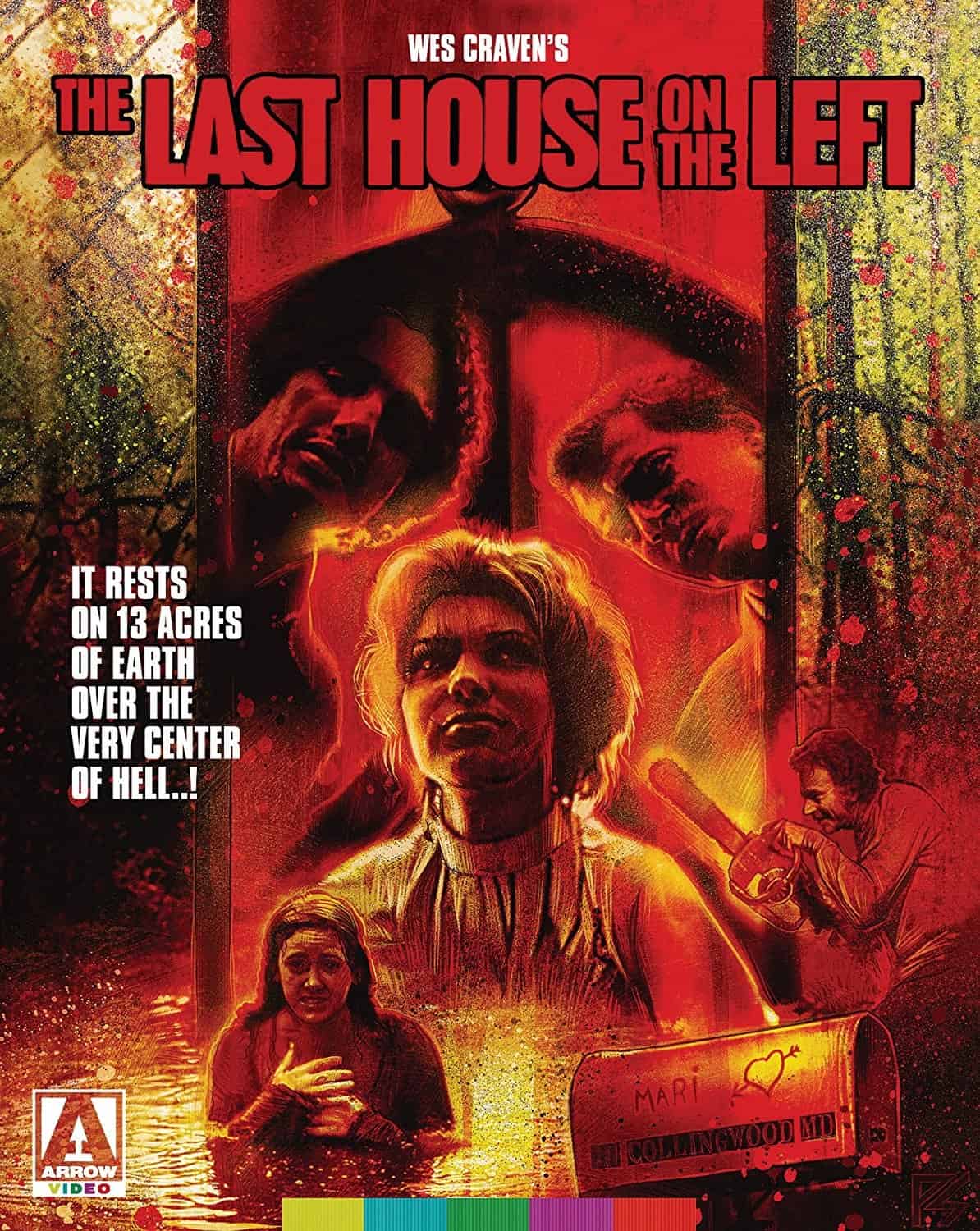 The final act of the movie is troubling on a different level. Craven makes us complicit in murder, not because we’re sadistic like the criminals, but because we want revenge on them like Mari’s parents. Just because Krug and his clan “deserve it” doesn’t take us off the hook. In between the increasingly out-of-place scenes of silliness and folk music, we’re witness to scenes of depravity and horror and Craven points the finger at the viewer. “You thought you were just going to the movies for a good time? Well, this is what’s going on in the world, and you have to watch it.”

The movie’s trailer features the infamous tagline, “To avoid fainting, keep repeating, ‘It’s only a movie… only a movie…only a movie…'” It was a genius bit of marketing to bring in the punters, but you know as well as Wes Craven did, The Last House on the Left is certainly not “only a movie.”

The Last House on the Left is out now in a special edition set from Arrow Video, with multiple cuts of the film—the uncut version, the R-rated Krug and Co. cut, and another—several commentary tracks, archival interviews, and a brand new essay. There is no more definitive way to watch and learn about this movie, that’s still managing to drum up controversy even today.