THE HERCULOIDS Might Have Been the Weirdest Action 'Toon - Nerdist

THE HERCULOIDS Might Have Been the Weirdest Action ‘Toon

William Hanna and Joseph Barbera, two former animation directors for MGM’s Tom & Jerry theatrical shorts, all but revolutionized animation on TV. By focusing on character models and backgrounds and limiting actual movement, Hanna-Barbera were able to create dozens of hours of television cartoons. They began with kids comedies like The Huckleberry Hound Show and Yogi Bear; then they transitioned to primetime sitcoms like The Flintstones and The Jetsons. Eventually, beginning with Jonny Quest in 1964, they’d also do action series. By the end of the ’60s, H-B gave audiences possibly the weirdest of these series: The Herculoids. 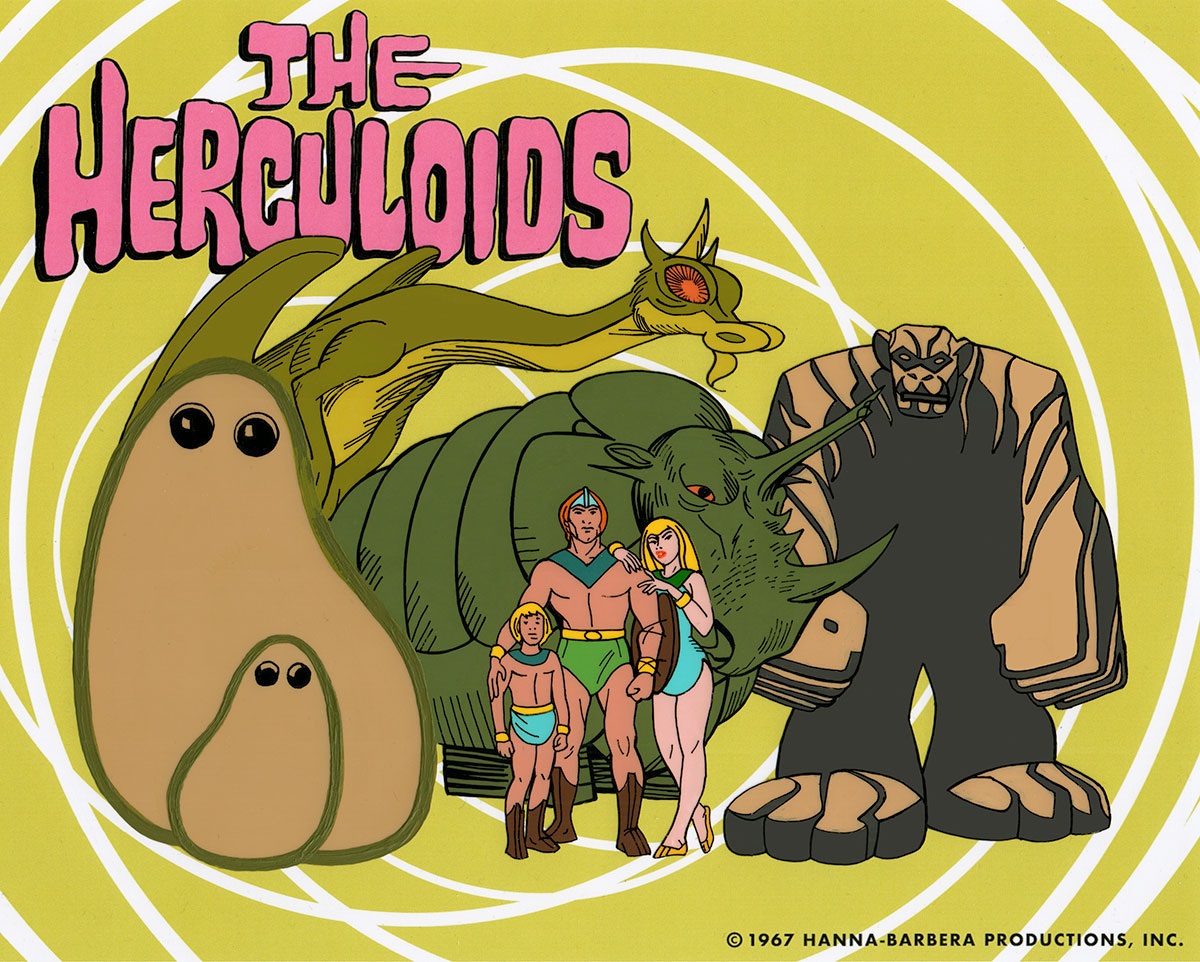 Jonny Quest proved you could do action animation without much, well, action or animation. The series got by on its amazing, comic-book-like designs and tableaux. While Quest only lasted one season in primetime, it proved the studio could appeal to a young audience in the market for action, adventure, a little bit of horror, and science fiction. Hiring character designer and eventual series creator Alex Toth, H-B gave the world  Space Ghost and Dino Boy, a half-hour timeslot made up of two mini-episodes of Space Ghost and one of a much less interesting show, Dino Boy in the Lost Valley. Toth would similarly create  Birdman and the Galaxy Trio.

In both instances, Toth’s talents created a superhero series with unique and offbeat villains fighting a stalwart hero. Whether patrolling space or Earth, Space Ghost and Birdman were typical superhero-types fighting against various baddies. But The Herculoids, which premiered in 1967, the same year as Birdman, was different. It was almost like Toth wanted to see if he could make a series entirely about character design, with hardly any world building or “rules” as such. 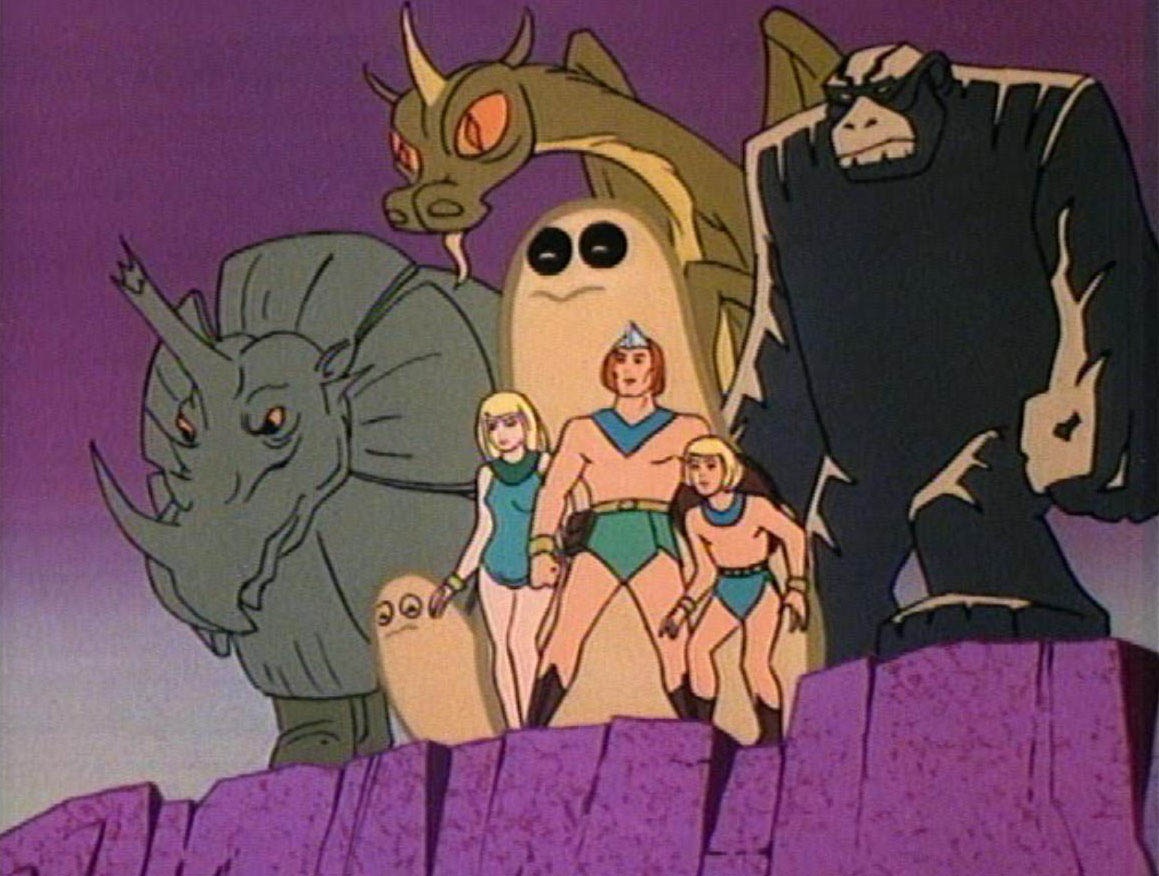 The show’s opening narration bears this out. Its first line—spoken by voice actor Mike Road, who voices basically every adult male and creature on the show—is exceptionally vague.

Somewhere out in space live the Herculoids.

That’s it! That’s all we know before we get a rollcall of characters.

Zok, the laser ray dragon; Igoo, the giant rock ape; Tundro the tremendous; Gloop and Gleep, the formless, fearless wonders; with Zandor, their leader, and his wife Tara and son Dorno. They team up to defend their planet from sinister invaders. All strong, all brave, all heroes. They’re…The Herculoids!

That is literally all we ever get in terms of who or what the characters are. Zandor, Tara, and Dorno are all humans who look vaguely like Robert E. Howard barbarians. But those other weirdos?! They don’t look like they’re from the same planet, much less the same team. Zok is just a dragon. You know dragons. Igoo is a gorilla made of rock. Tundro is a six-legged mix of a rhino and an armadillo who shoots energy balls from its horn. And Gloop and Gleep are just blobs of stretchy goo with two black eyeballs. Certainly very iconic designs, but not of a piece in any way. We don’t even know what a “Herculoid” is and why this group are them. 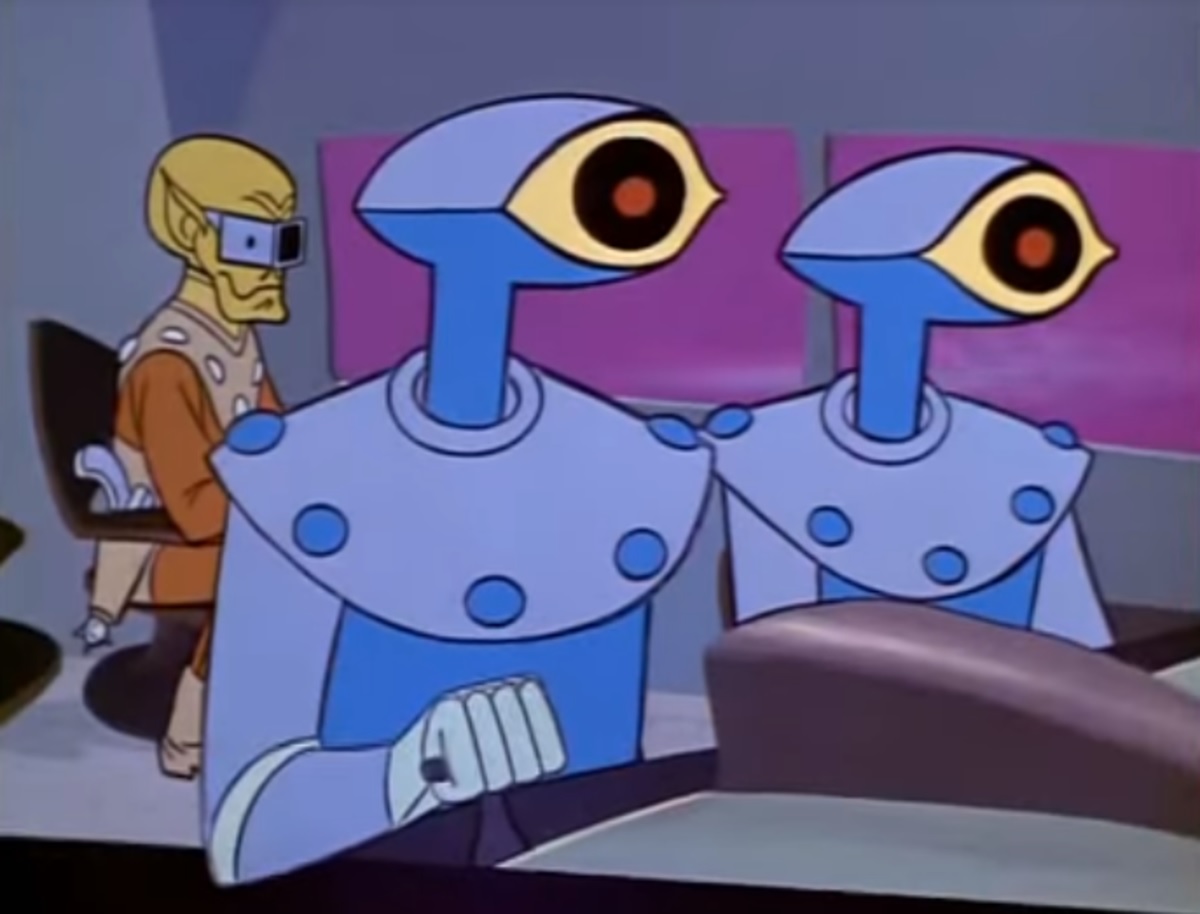 Moreover, all they do is fight off planetary invaders. But why these interlopers want the planet (which is either called Amzot or Quasar depending on the episode) is never established; it looks for the most part like a primeval world full of jungles and rocks. It’s not until the ninth episode that we even see other people on the planet, as the Herculoids help some villagers who are under attack from raider apes. Sometimes there are castles on the planet, sometimes just grass huts, other times no signs of life at all.

And the villains are all, for the most part, way better equipped. Invading armies or robot death squads, each with armor and laser guns. And yet a man with a shield and a slingshot (yes really) and his gang of weird beasts that don’t talk always win.

Each of the 18 episodes of the series consists of two usually unrelated adventures. There’s nothing like a central narrative at work throughout any of them, and each adventure is pretty much the same, save for a new villain or threat. Only one baddie ever even recurs. You can essentially watch any episode in any order. 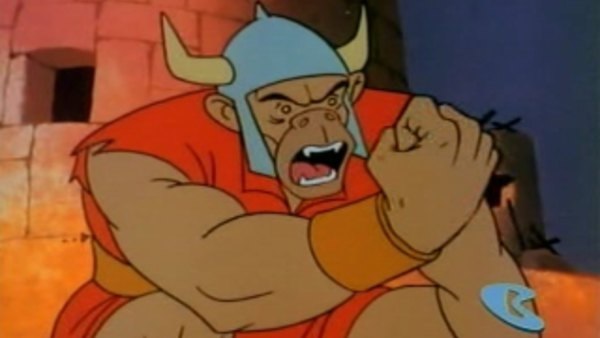 And yet, all of these very strange disparate elements totally work for me. This was a show designed to keep kids engaged for 20 minutes at a time and it’s fully watchable as such. In its gorgeous Blu-ray edition from Warner Archive, I can just throw on a disc and hit “play all” and just enjoy myself while I do other things. It’s got monsters fighting robots and stuff, man! What more could you want?!

The Herculoids gained a fervent cult following over the years, mainly due to its undeniably cool character designs. In 1981, Hanna-Barbera brought them back as part of their Space Stars block along with Space Ghost and two additional space-themed hero shows. I remember my dad being so excited to introduce me to The Herculoids when we got Cartoon Network in the ’90s; this was the peak of animated action when he was growing up. 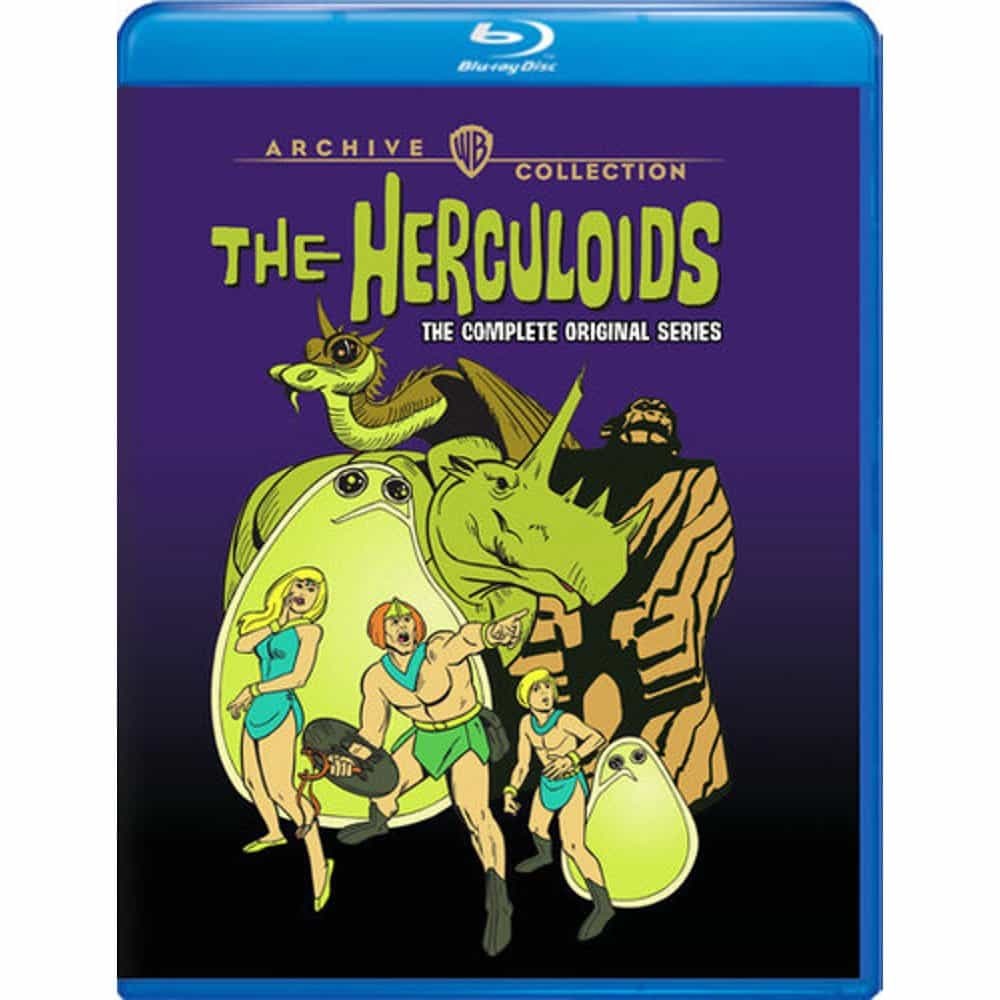 Toth was a lot like the Jack Kirby of animation. He let his imagination run wild with characters and designs, and for several years, he was the king. If nothing else, The Herculoids occupies a special place in the history of Hanna-Barbera animation in the pre- Scooby-Doo 1960s. And without The Herculoids, Hanna-Barbera offshoot Ruby-Spears Productions would never have produced  Thundarr the Barbarian, and that show absolutely rules. Oh wait, that’s right; Kirby and Toth designed those characters too.