Literally everyone knows Scooby-Doo. The mystery-solving Great Dane is as ubiquitous a pop culture character as Batman or Bugs Bunny, and, unlike the Looney Tunes, has remained relevant through various reboots and re-toolings over the years. And it’s been 50 years! For just about everyone reading this, Scooby-Doo and the gang have just been.

Though I definitely remember seeing reruns of Scooby-Doo, Where Are You! for most of my childhood, I kinda turned away from it. It became a bit of a joke how formulaic the show was. But now, shead of the 50th anniversary, and with Warner Bros. putting out a fancy Blu-ray set of the first three seasons, I decided to dive deep into the show to possibly figure out why I didn’t like it as a kid and why it remains popular to this day.

Hanna-Barbera had already created dozens of beloved cartoon series in the ’60s, from The Flintstones and The Jetsons to Jonny Quest and Yogi Bear. Based on the success of Filmation’s The Archie Show in 1968, CBS commissioned HB to make a new series, preferably one with a teenage rock band. Oh, and they had to solve mysteries. A bit of a weird ask. Over time, the pitch focused on supernatural and ghost-inspired mysteries, tossed the teeny-bopper band angle, and added a talking dog. When Scooby-Doo, Where Are You! premiered in September of 1969, it was exactly the show we know today. 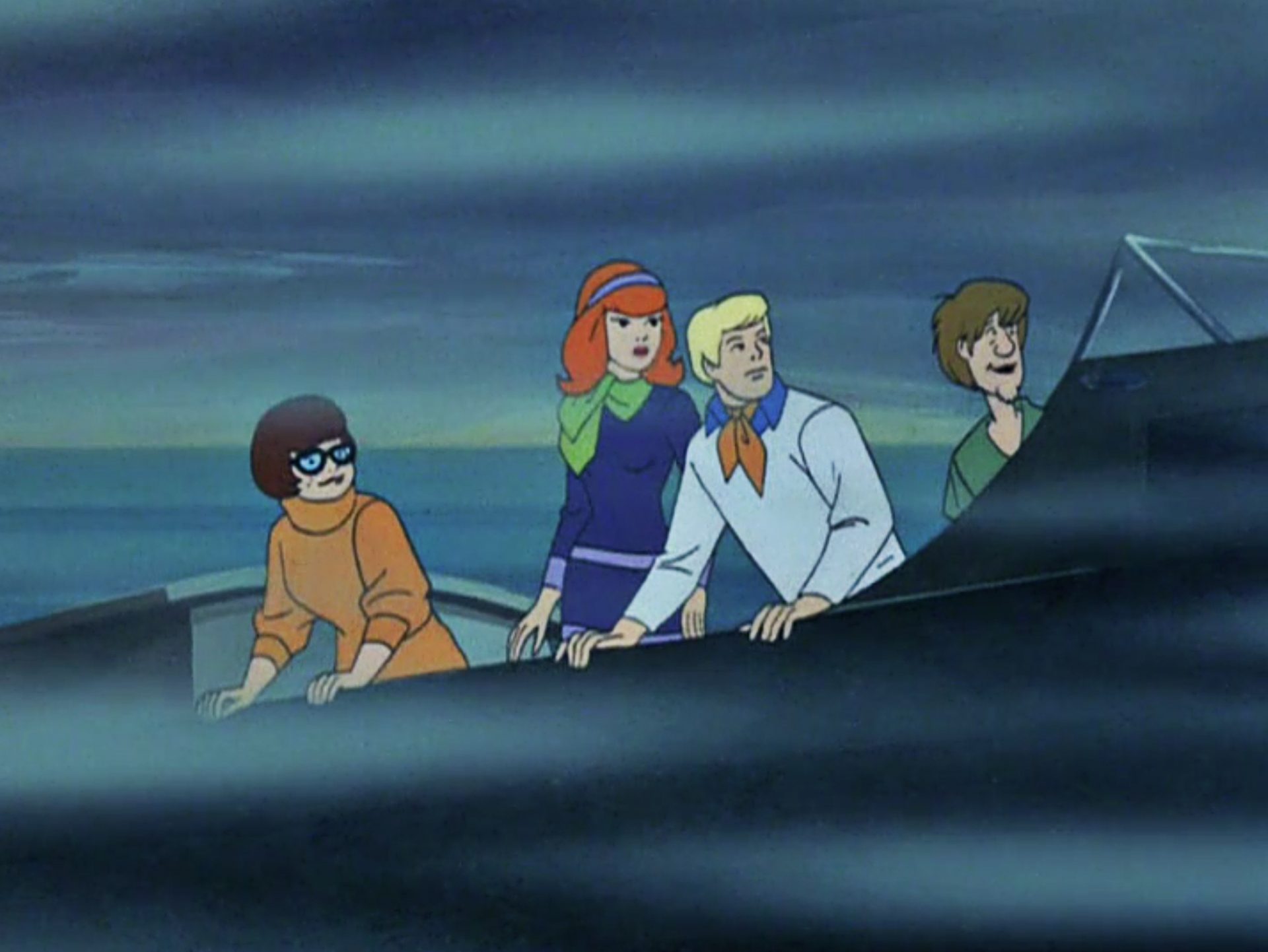 And this brings me to the first sticking point. Every single episode of Scooby-Doo, Where Are You! is the same. The human foursome of Fred, Daphne, Velma, and Shaggy, along with their dog Scooby-Doo, arrive via their big van at some spooky location; they quickly learn some spectre or monster is haunting the area; the teens look for clues and get into trouble while Scooby and Shaggy alternately cower and eat enormous sandwiches; ultimately, after their sixth or so run-in with the ghoul, they capture it and remove its mask to reveal just some person who has reason to want the locals or owners of the property scared away. It’s usually because of some buried treasure or lost jewels or property. 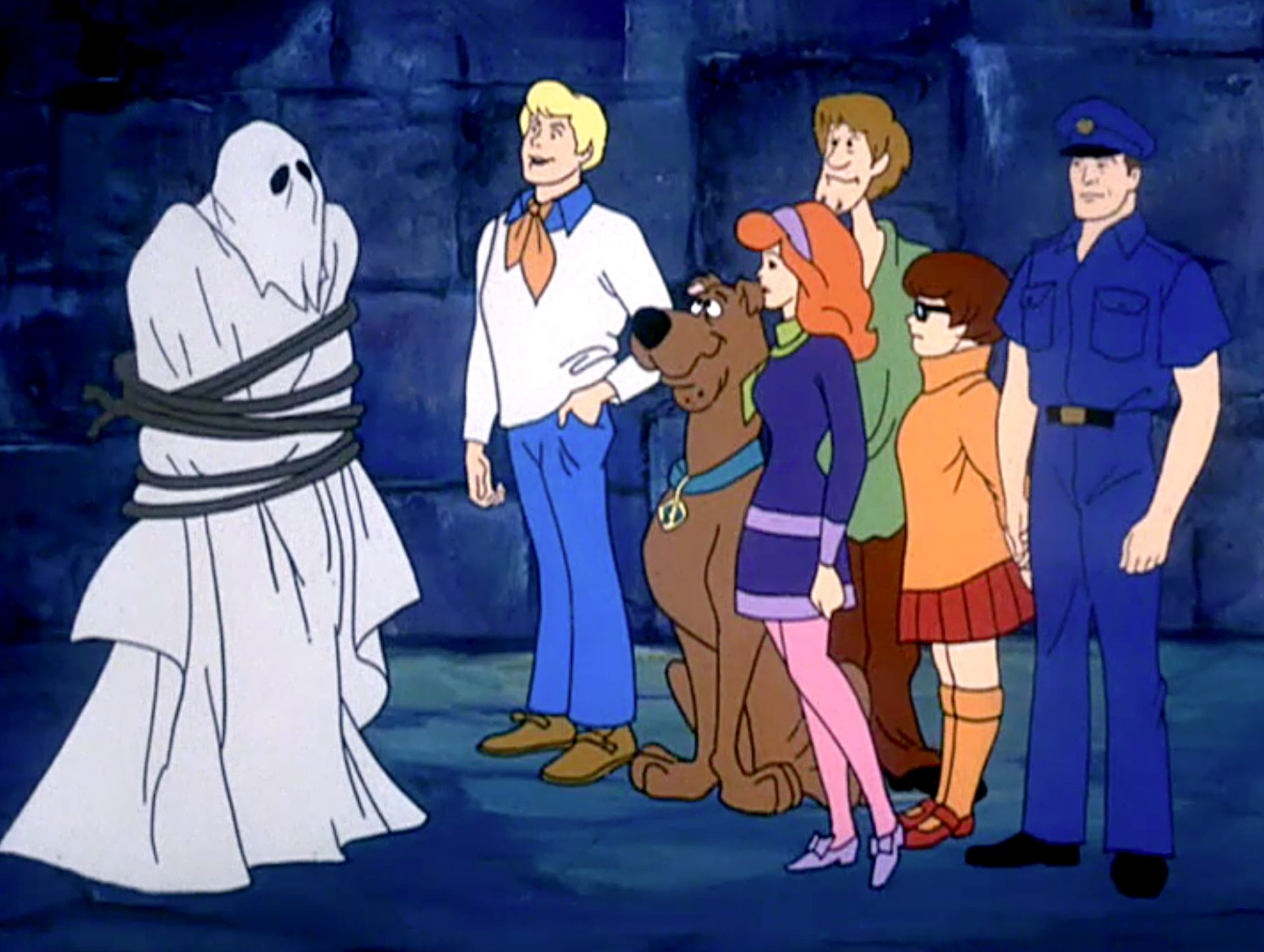 This formula is particularly formulaic, and has since become the go-to reference about Scooby-Doo. The culprit is almost always the most prominent person they meet (or the only person, in some cases) so the mystery angle is a bit of a doy.

In one season one episode, “A Gaggle of Galloping Ghosts,” the gang comes across a Gypsy woman outside Franken Castle and then run afoul of Dracula, Frankenstein’s Monster, and a werewolf. It turns out all of them are Big Bob Oakley in disguise, a con man wanted in seven states. And the only reason we know any of this is because a sheriff shows up the second the gang captures Bob and says, “Why that’s Big Bob Oakley, he’s…” 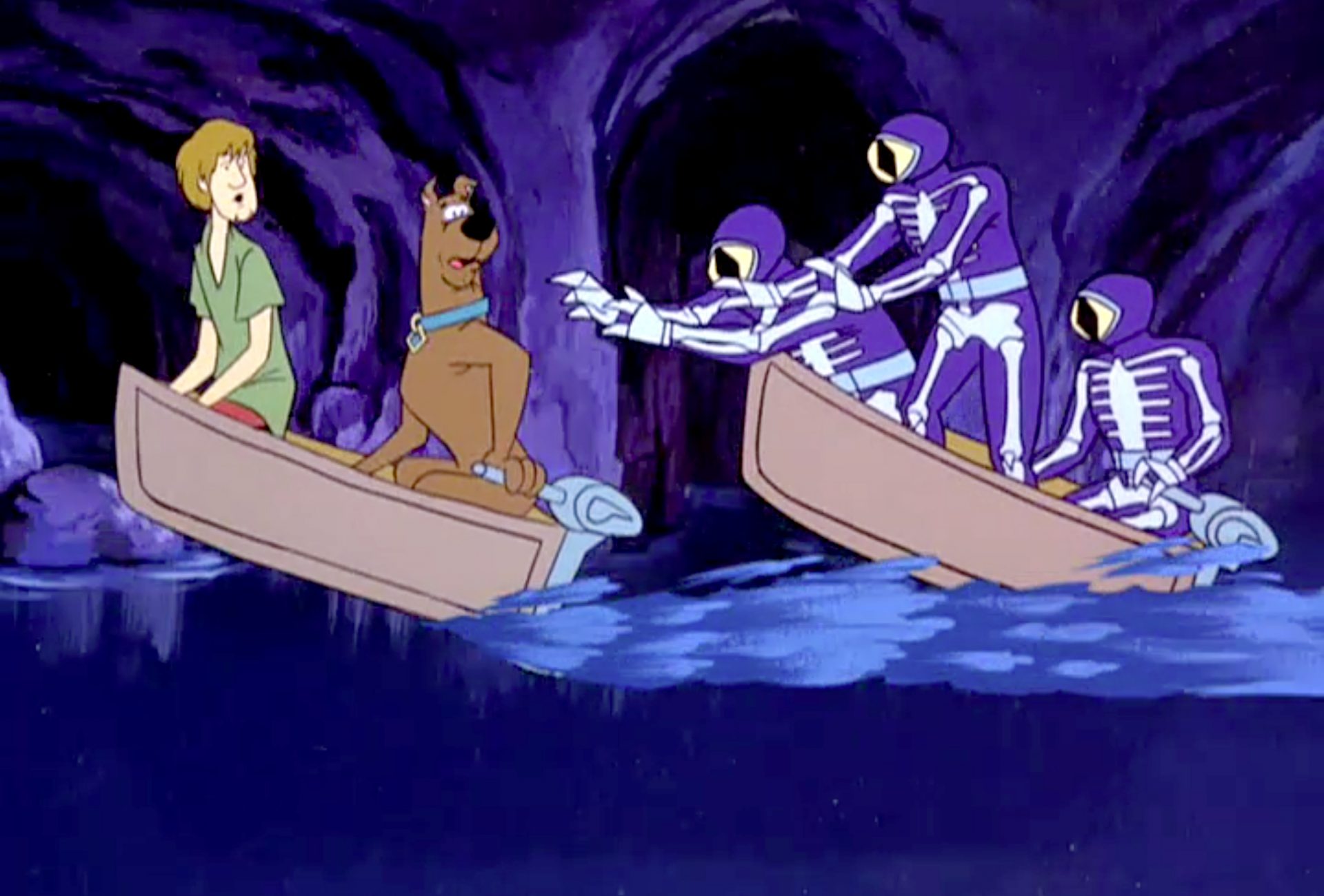 The second season keeps pretty much everything introduced by the first, except the music, employing a completely new, more polished version of the opening song and credits sequence. (I have to admit I don’t like it as much as the first season song.)

Season two also sees the addition of a bubblegum poppy “chase song” in each of the episodes. This is where you get the now infamous shots of Scooby and the gang running in and out of doors or around a hedge maze chased by the episode’s phony monster. Again, to capitalize on the Archies’ hit “Sugar Sugar,” there’s a weird pop song in each episode. And these songs have zero to do with the plot. One is about falling in love with an ostrich. So. 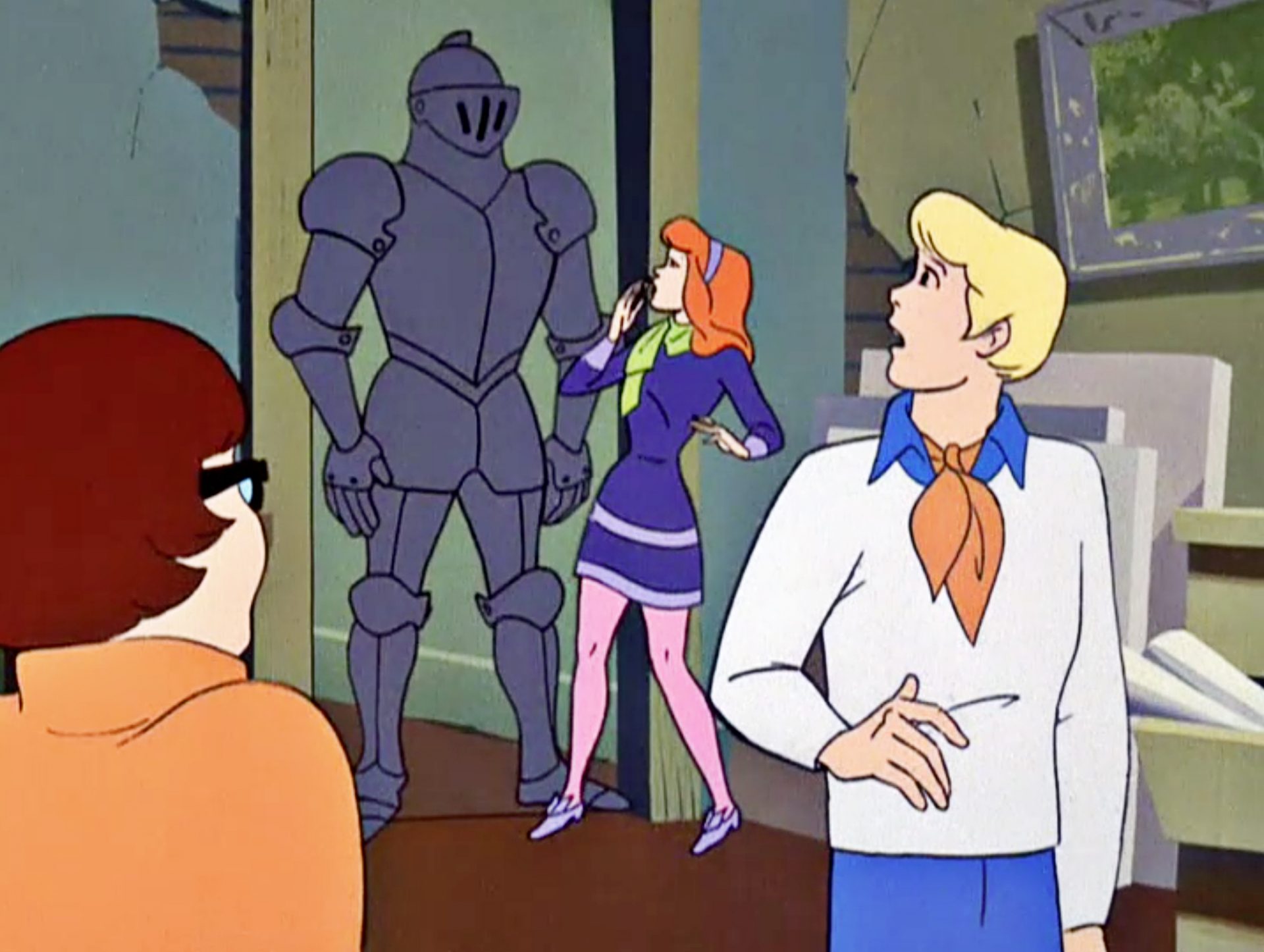 Things change up a little bit in the third season… which can’t really be called “the third season,” actually. The first season ran for 17 episodes from 1969 to 1970, with the second stretch of eight episodes airing that year. What this 50th anniversary set calls “season three” is alternately called The Scooby-Doo Show, which ran for 40 episodes from 1976-1978. In between, 24 episodes of The New Scooby-Doo Movies aired from ’72 to ’73. These are the ones with guest stars like the Harlem Globetrotters, Don Knotts, and Batman and Robin. 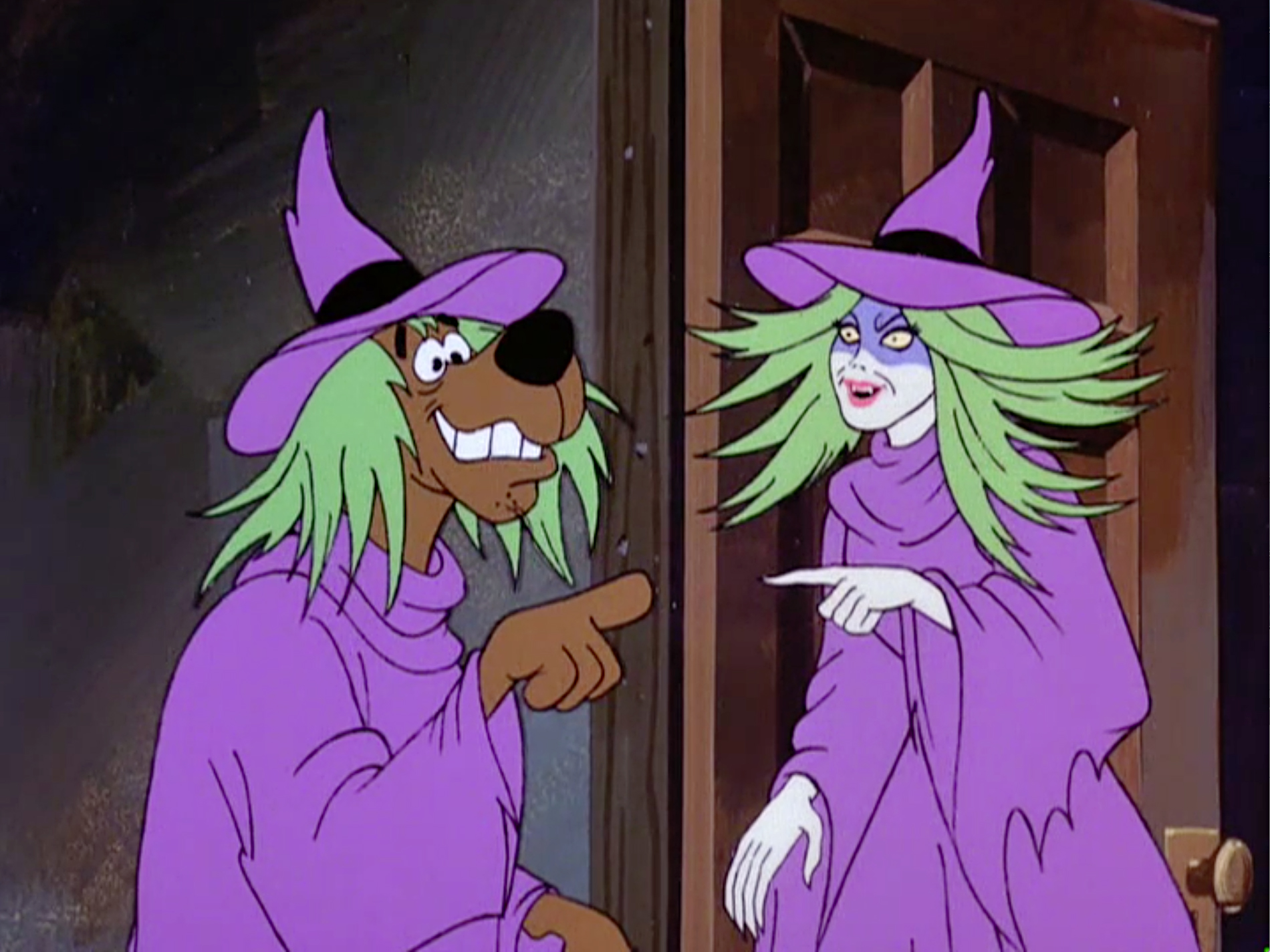 Anyway, back to the third season. Perhaps having learned from the way the previous incarnation worked, this set of episodes always features plenty of possible suspects, and the gang actually has to figure out who the perp is prior to the unmasking. They arent’ always right, but at least there’s a bit more of an actual whodunit element.

Take, for instance, the late series episode “The Diabolical Disc Demon,” in which a KISS reject called “the Phantom” haunts a record studio. That episode has a cold open in which the Phantom attacks a prominent songwriter. When the gang arrives to meet their friend, he tells them the songwriter has disappeared. Then there are five suspects to deal with thereafter. 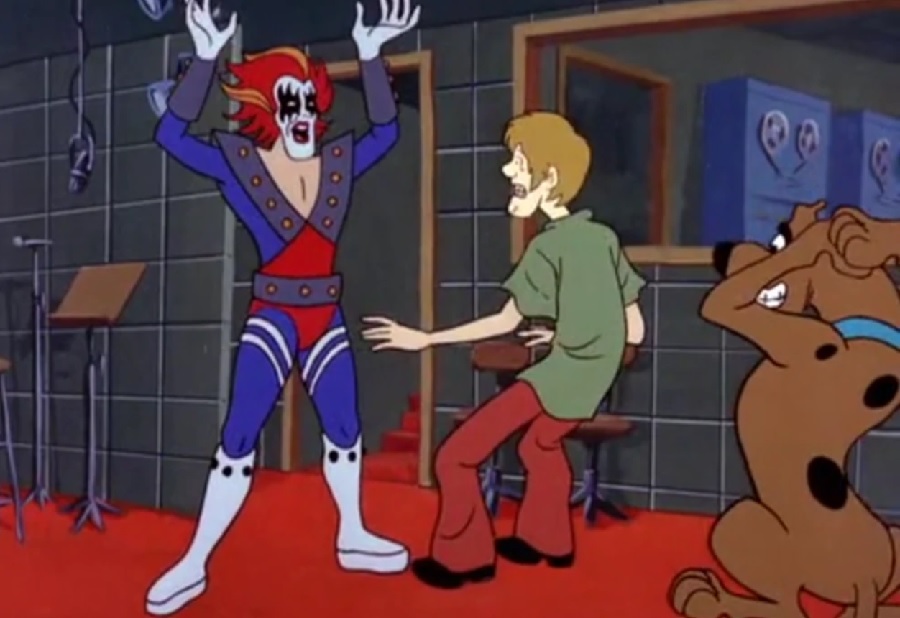 So these are the nuts and bolts of the episodes. The next question is: how did they catch on? Why were they so popular? I think a big part of it is the safety of them. Hanna-Barbera had long mastered the ability to use the limited budgets of television to their advantage. The animation is limited, so the character designs and backgrounds had to be particularly engaging. The creepy settings of each of the episodes, full of Gothic and foreboding imagery, really bring the right tone for the mystery. Similarly, each and every one of the ghoulish foes are brilliantly realized and actually quite threatening. The scary atmosphere is pitch-perfect. 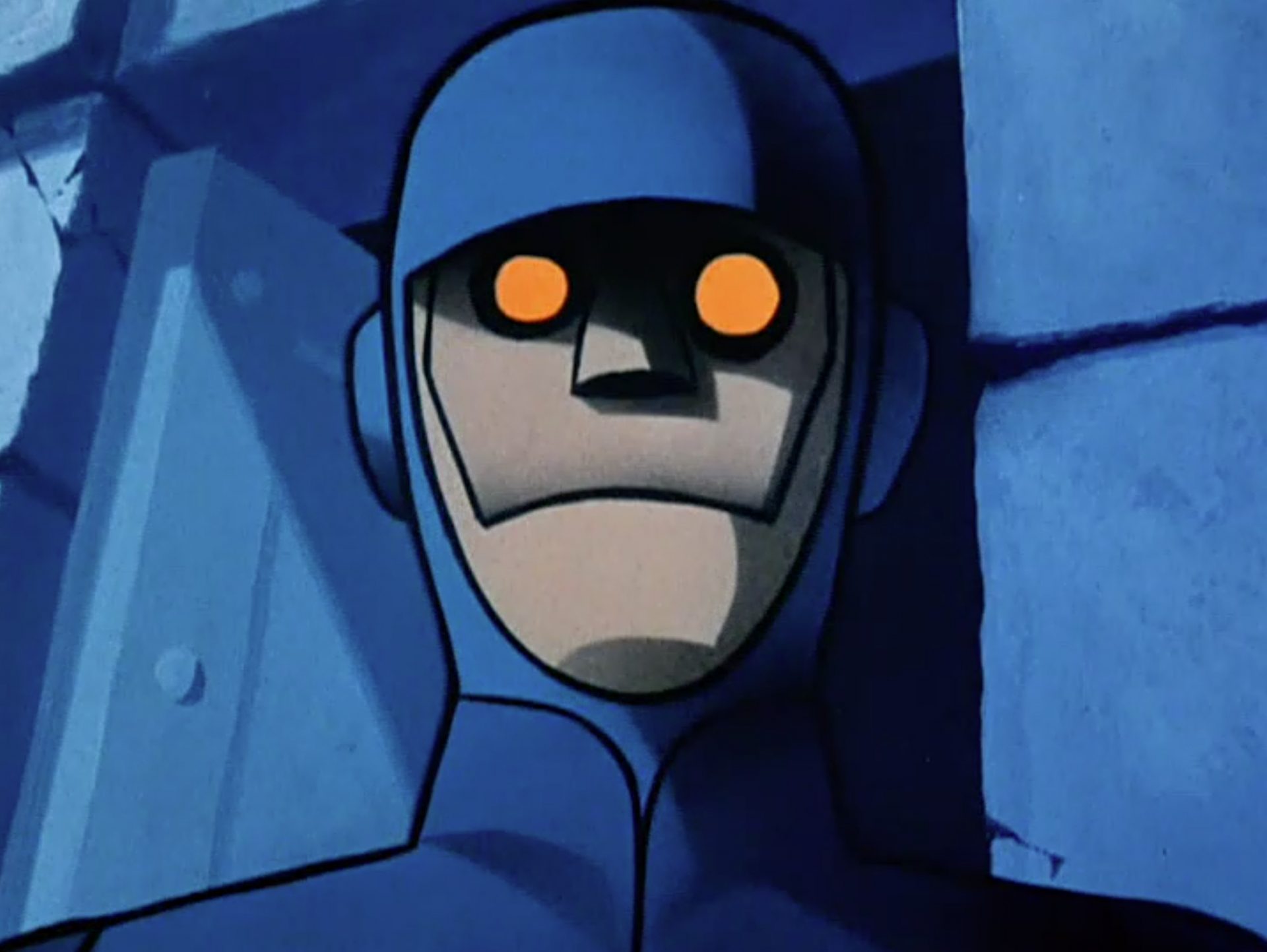 And at the same time, it never gets too scary, because of our main cast. Fred, Daphne, and Velma never get too scared of anything and usually think their way out of jams. There’s a calming influence with each of them. Shaggy and Scooby on the other hand are over-the-top cowardly and usually quickly come up with a uniquely cartoony method for getting free of the ghoul prior to its unmasking. The scares are never truly scary, because Scooby and Shaggy are silly. And there’s a laugh track, for Pete’s sake!

For generations of kids, Scooby-Doo was probably their first encounter with horror of any sort. And while the ghosts can get pretty freaky—maybe the best looking monster design is the terrifying Space Kook from season one, with his shriek of laughter—the show makes sure the audience knows it’s all fake. It wouldn’t be until the late ’90s direct-to-video movies where any of the supernatural threats actually were real; doughy guys in masks are pretty easy to beat, especially if the police are always nearby. There’s safety in repetition; the joy for viewers comes from the variety of the monsters and the rapidness of the silly gags. 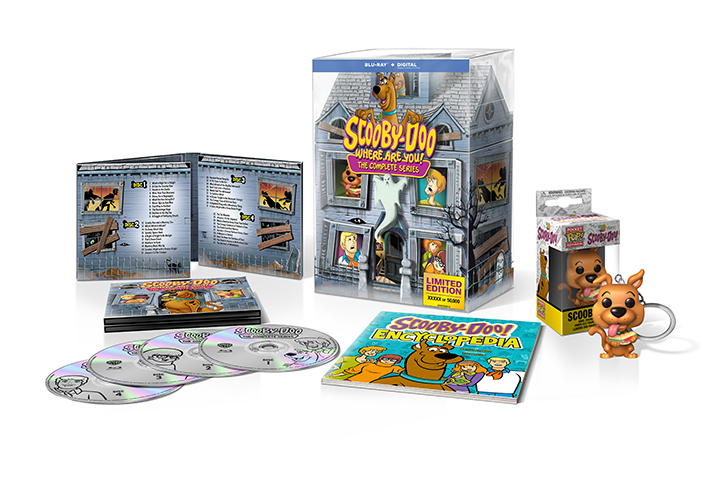 So 50 years down the line, I have to say that despite my scoff at Scooby-Doo for most of my life, there is something truly magical about it. It lulls the viewer into a happy place full of spooky images and quaint comedy. Even if parents like to pretend otherwise, or try to quash it, kids are fascinated with monsters and scary stuff. There used to be a million horror-themed cartoons and now there are almost none. But Scooby-Doo in his various forms is still hanging in there. And it’s nice to know some hippies from the ’60s and their enormous dog are always on the case.