The Haunting of Bly Manor has arrived to haunt us all. It’s spooky, atmospheric, tragic, and made us cry a lot, even by 2020 standards. But we’re not here to talk about that. We’re here to celebrate the one shining beacon of joy in the shadowy halls of Bly: Owen, played by the delightfully hunky Rahul Kohli. He’s a chef, he loves puns, he sports a stunning moustache, and he has a “perfectly splendid” sense of ’80s style. Plus, he’s a carer who’s been looking after his mom.

Kohli’s performance is the beating, glowing heart at the center of Mike Flanagan’s gothic tragedy. He helps the lost souls of Bly navigate their trauma and terror while always dreaming of leaving to achieve his own goals and happiness in the face of massive, ghost-induced loss. 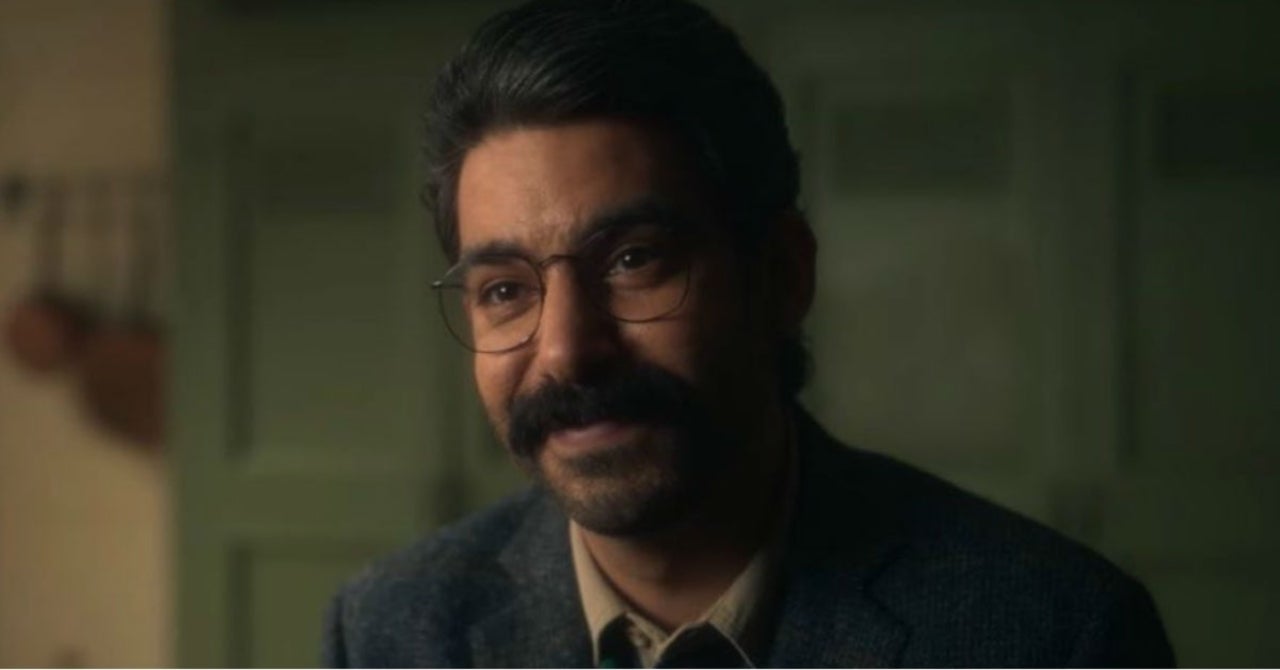 This piece contains spoilers for The Haunting of Bly Manor.

The Real Heartthrob of Bly Manor

While the obviously pretty, brooding, and toxic Peter Quint is posed as the ultimate in tragic romantic figures here—and we do love Oliver Jackson-Cohen—the real heartthrob of Bly Manor is Owen. Who doesn’t love a man who looks good in an apron, who is lovely to kids—even haunted ones—and who knows how to make a delicious shepherd’s pie? And if you don’t like shepherd’s pie, don’t worry because Owen would definitely know whatever your favorite dish is and how to cook it in the way that you enjoy the most. That’s just the kind of guy he is.

A new addition to the canon of The Turn of the Screw, Owen is the chef of Bly Manor who moved back to the country to look after his mother after living in Paris. Though Mike Flanagan is eager to use Owen’s status as a carer to explore the realities of loving someone who’s sick and the loss that comes with that, daring Owen is never bitter. He loves his mom and just wants her to be comfortable and happy. It’s a subtly radical subversion of carer stories that usually center on ill people as burdens, and though Owen is allowed to feel relief when his mother passes, it isn’t a celebration but rather a recognition of the emotional energy and love that he had exhausted. 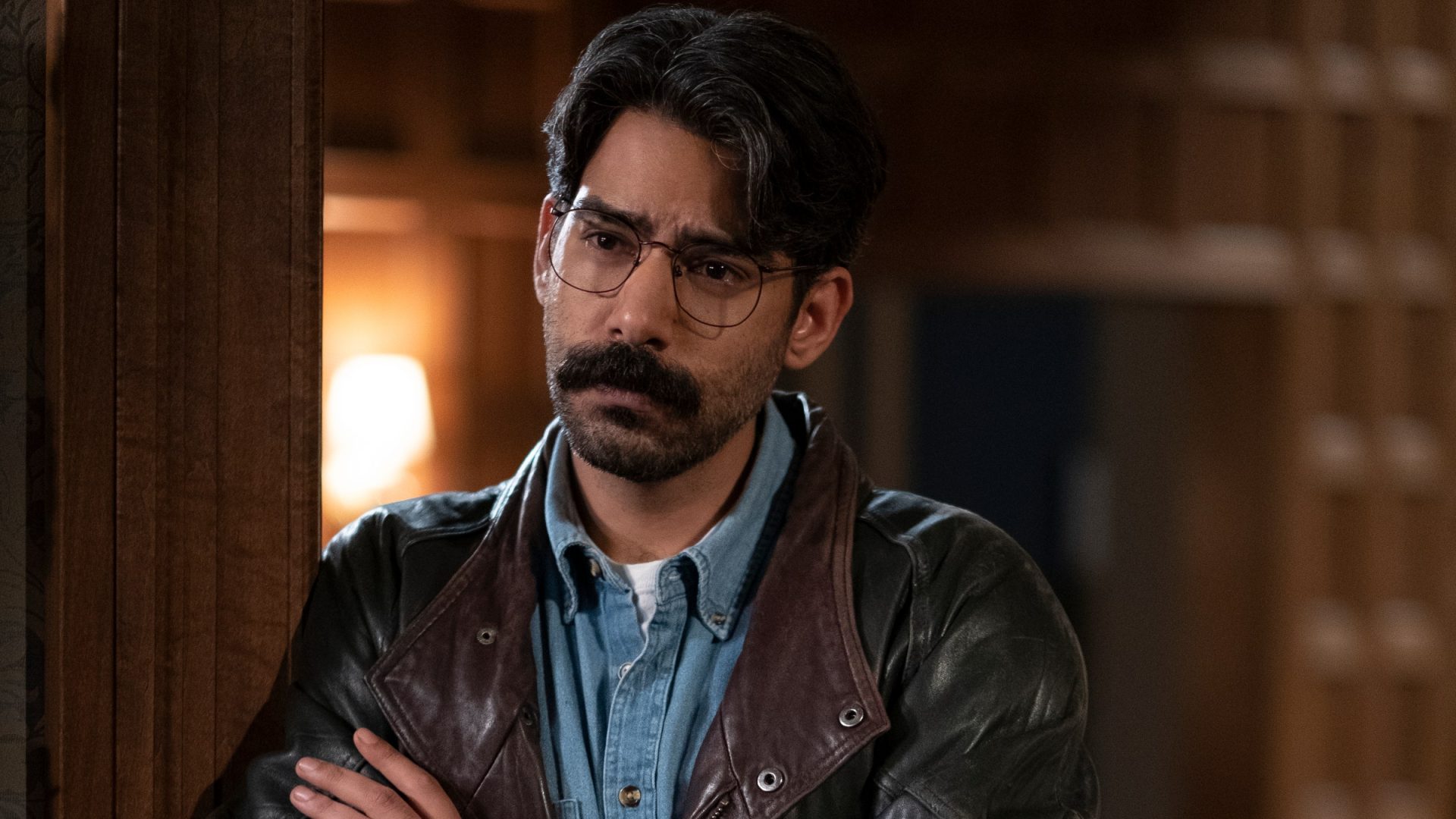 Lovely and in Love

Aside from all that good emotional depth, he’s also incredibly cute. He loves puns—to the point of naming his own restaurant one—has infinite patience for the spooky children of the manor, and always looks handsome in his glasses, leather bomber jacket, and jeans. He’s also at the heart of one of the loveliest and most tragic relationships at Bly. While Quint destroyed his relationship and the woman that he loved due to his own desperation and pain, Owen’s love for the housekeeper Hannah Grose is built on trust, honesty, and humor. His love for her is based on wanting what’s best for her. Where Quint literally kills Ms. Jessel to keep her close, Owen wants Hannah to fly free, to explore the world, and finally care for herself rather than just looking after everyone around her. It’s a pure kind of love that we rarely see. 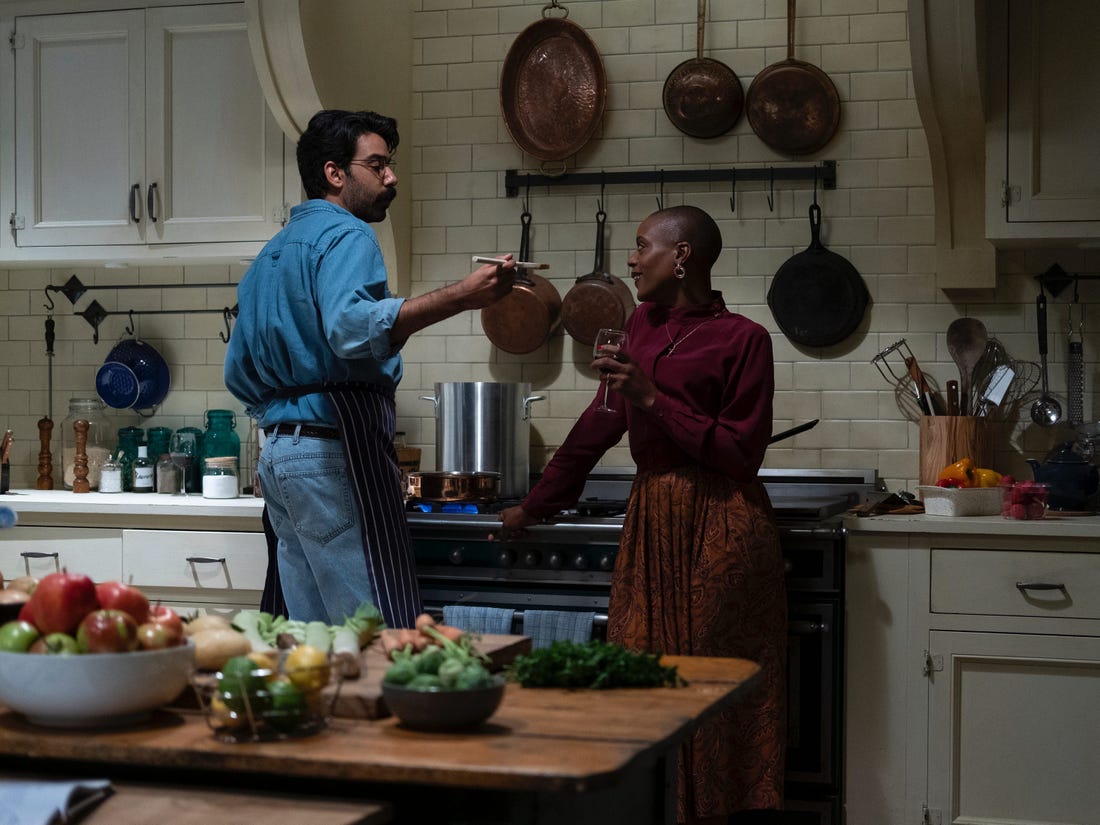 Though we never get to see the pair confirm their love to each other—in one of the most devastating moments of the series Hannah agrees to go to Paris with Owen while tucked away in a memory and he never hears her—Owen’s love for Hannah is clear. When we revisit him years later at his restaurant A Batter Place–named for his late love’s “hatred” of his puns—a photograph of Hannah stares down at the dining room as a reminder of his would-be partner. Basically, he’s the most pure man we’ve ever met and we would die for him. Literally. 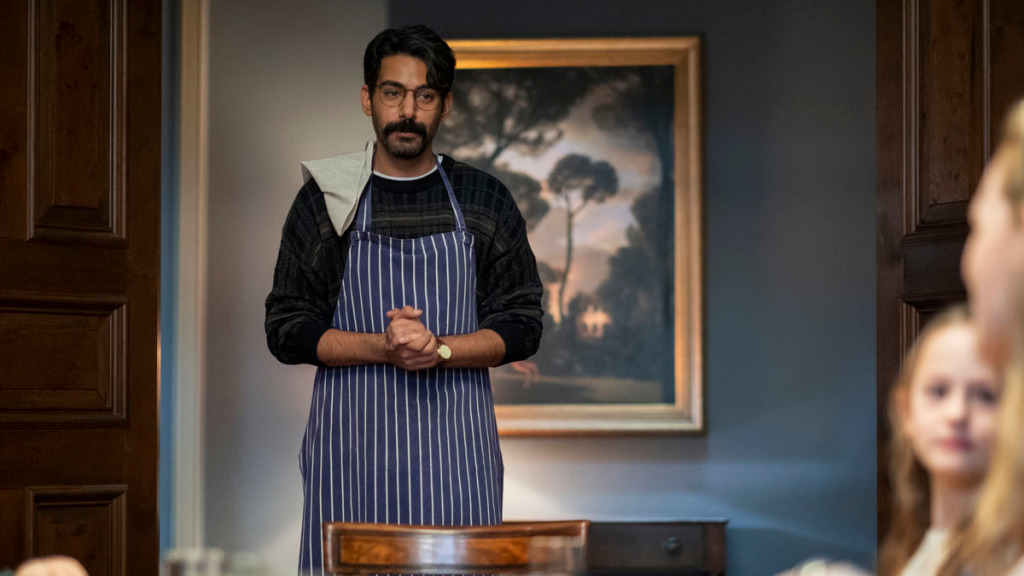 Literally the only good man in Bly.

This isn’t just a subjective reading of Owen. He’s objectively the only good man in Bly. Henry Wingrave is haunted by his own affair with his sister-in-law and his abandonment of the children in the wake of their parents’ deaths. Peter Quint is a tortured and toxic man who murders the woman he loves and tries to possess the bodies of the children to escape. And then there’s Owen, who treats everyone with respect and never ever judges them even in the face of huge mistakes, hauntings, or the absolutely unbelievable. It’s the opposite of the gaslighting and emotional abuse at the core of Peter Quint and Ms. Jessel’s love. Owen offers a wholesome, healthy alternative, a blueprint of what we all deserve and should be looking for.

If this was a movie or TV review we’d include a rating— make sure to read our Bly Manor review–0although that doesn’t fit here. Owen is so special that he’s getting a rating of his OWEN: