The Haunting of Bly Manor is finally out on Netflix and the nine-episode series has us obsessed. It’s a follow-up to 2018’s The Haunting of Hill House, and is another story about a spooky abode that remixes a classic novel. This time around, creator Mike Flanagan is tackling Henry James’ The Turn of the Screw. And though the show follows that novella pretty closely at the beginning, it diverges into its own unique thing by the time those nine episodes are over.

If you’ve finished The Haunting of Bly Manor and feel a little confused, we’ve done our best to explain the final episode. Just remember, every story is ultimately yours to interpret and this is just our take. The beauty of this series is that so much is in the eye of the beholder.

Spoilers for the ending of The Haunting of Bly Manor below. 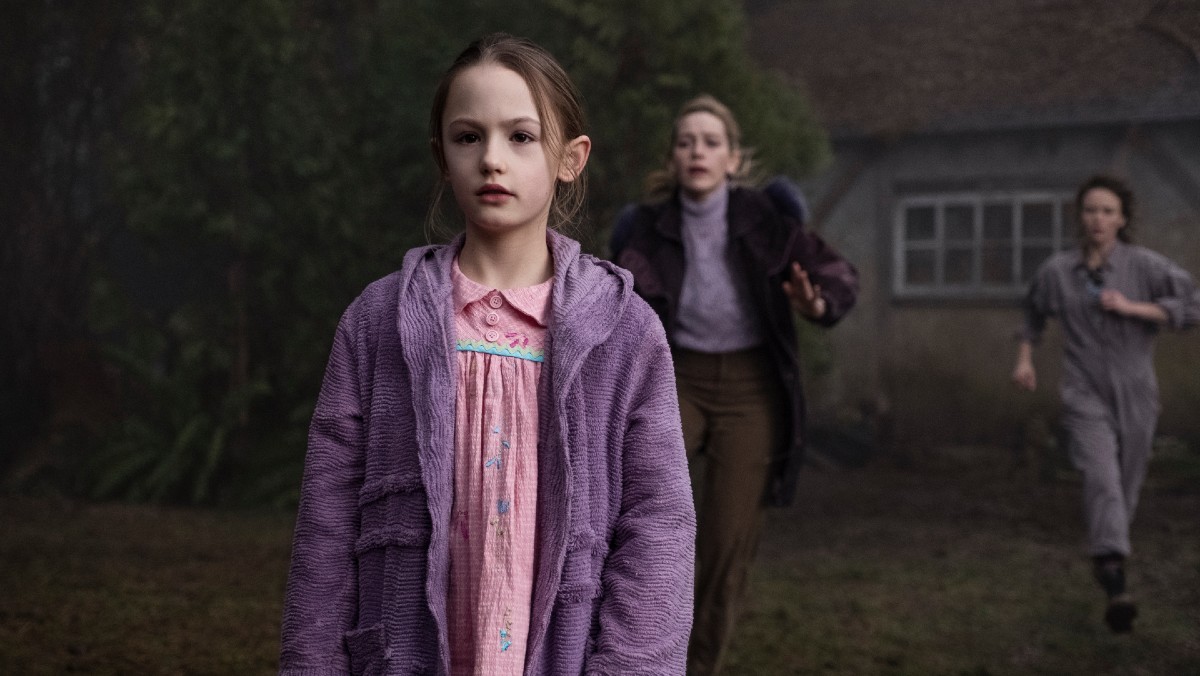 How does everything wrap up?

The final episode of the season wraps up the story that began in the first chapter. Carla Gugino’s storyteller is revealed to be an older version of Amelia Eve’s Jamie, the gardener who woos Dani (Victoria Pedretti) in the show’s 1987 storyline. We also learn that the wedding she’s attending is Flora’s, who is all grown up, has lost her memories of Bly Manor, and assumed an American accent after leaving her native England. As Sheryl Crow’s “I Shall Believe” plays, we see Flora’s wedding (to Greg Sestero!) unfold as Jamie looks around the reception room and reveals that a number of other faces from the first episode are actually older versions of the Bly Manor family: Owen (Rahul Kohli), Mr. Wingrave (Henry Thomas), and Miles (Benjamin Evan Ainsworth).

Jamie concludes the 1987 story by explaining how Dani let the Lady in the Lake (Kate Siegel) into her consciousness. This sacrificial act saved the children, and released the ghosts of Bly Manor—including Mrs. Grose (T’Nia Miller), Peter Quint (Oliver Jackson-Cohen), and former governess Rebecca Jessel (Tahirah Sharif)—into the afterlife. (Mrs. Grose is found in the well and her death assumed an accident.) Dani survives, but at a great cost. One of her eyes is forever brown, and she carries with her the essence of the Lady in the Lake’s angry spirit. As she explains to Jamie:

“I have this feeling like I’m walking through the dense, overgrown jungle and I can’t really see anything except the path in front of me. But I know there’s this thing hidden. This angry, empty, lonely beast. It’s watching me. Matching my movements. Just out of sight. But I can feel it. I know it’s there. And it’s waiting. She’s waiting. And at some point, she’s going to take me.”

She lives out the rest of her days, knowing that the Lady in the Lake will eventually come for her. But that doesn’t mean her life is a waste. She moves to the States with Jamie. The two fall even more deeply in love, open a florist shop, and live together as spouses. But Dani grows more erratic, and eventually her time comes. She goes back to Bly and assumes her place at the bottom of the lake. Jamie travels there and tries to save her, but Dani’s spirit won’t be transferred. She becomes the Lady in the Lake, but she takes no prisoners with her. As Jamie explains to the wedding guests, Dani’s ghost walks alone at Bly Manor, like a gentle dove. 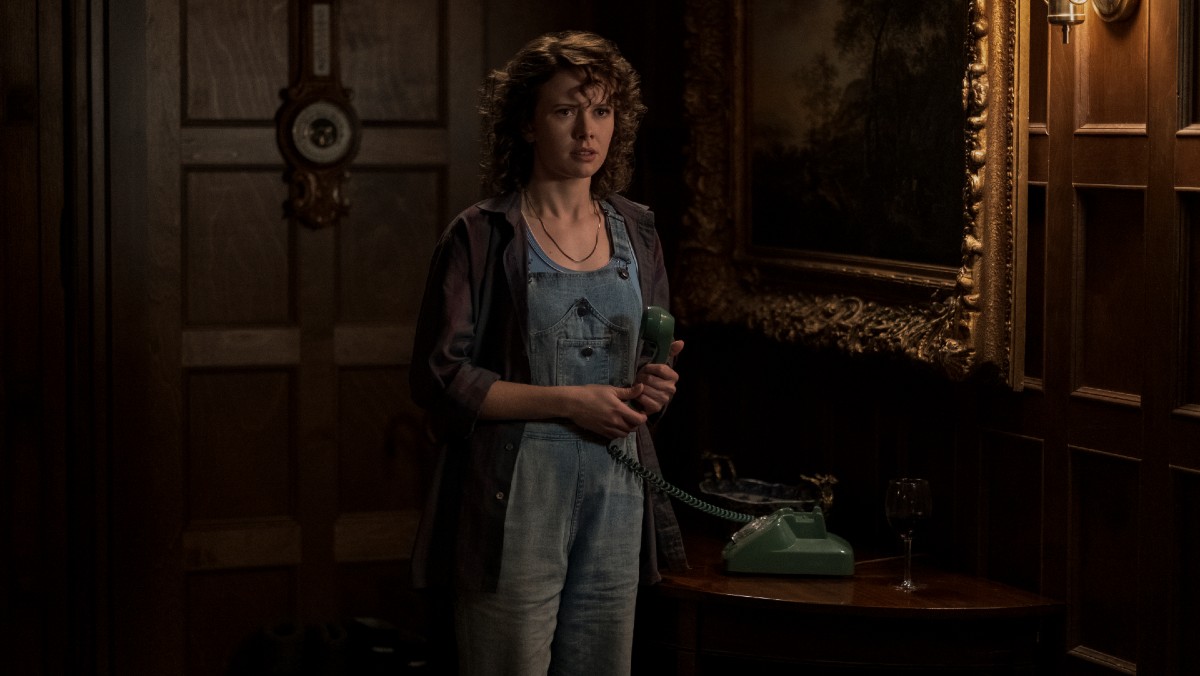 So… did all of that really happen?

Probably not. The story of Bly Manor is presented to us as just that: a story. Unlike Hill House, where the ghosts were quite literal, the events of Bly Manor play out like a bedtime story. In fact, when one wedding guest asks if the story is true, and if she would actually see Dani’s ghost if she went to Bly Manor, Jamie responds, “No, I suspect if you flew to England, you’d find no such place by that name.”

After the other wedding guests disperse, “Flora” stays behind and talks to Jamie about her pre-wedding anxieties, namely how afraid she is of dying before her partner and what her life would look like without him. Jamie then delivers a monologue that feels like the beating heart of The Haunting of Bly Manor.

“Eventually, after some time, you’ll find little moments, little pieces of your life that remind you of him. And they’ll be silly and dumb, or they’ll be sad and you’ll cry for hours. But they’ll still be pieces of him. And you’ll hold them tight. It’ll be like he’s here with you. Even though he’s gone.”

Instead, we can assume that the bride—whose middle name is Flora—is some version of a little girl Jamie once knew, and that she used real figures from her life to create a ghost story (or a love story—same thing, really) on the eve of her wedding, a story meant to spook but ultimately soothe. It is likely the story of her own lost love, Dani, who in real life probably succumbed to something more mundane than a life at the bottom of a lake. Bly Manor is often about the salvation of memory, so maybe Dani died of some form of dementia. But you could also view the Lady in the Lake, who latched onto the previously “healthy” Bly Manor like a malignant growth, as some kind of cancer. A cancer that Dani lived with and feared. Her aforementioned speech to Jamie, about the angry beast inside of her, is her awareness of death’s inevitability. She’s living with a terminal illness. 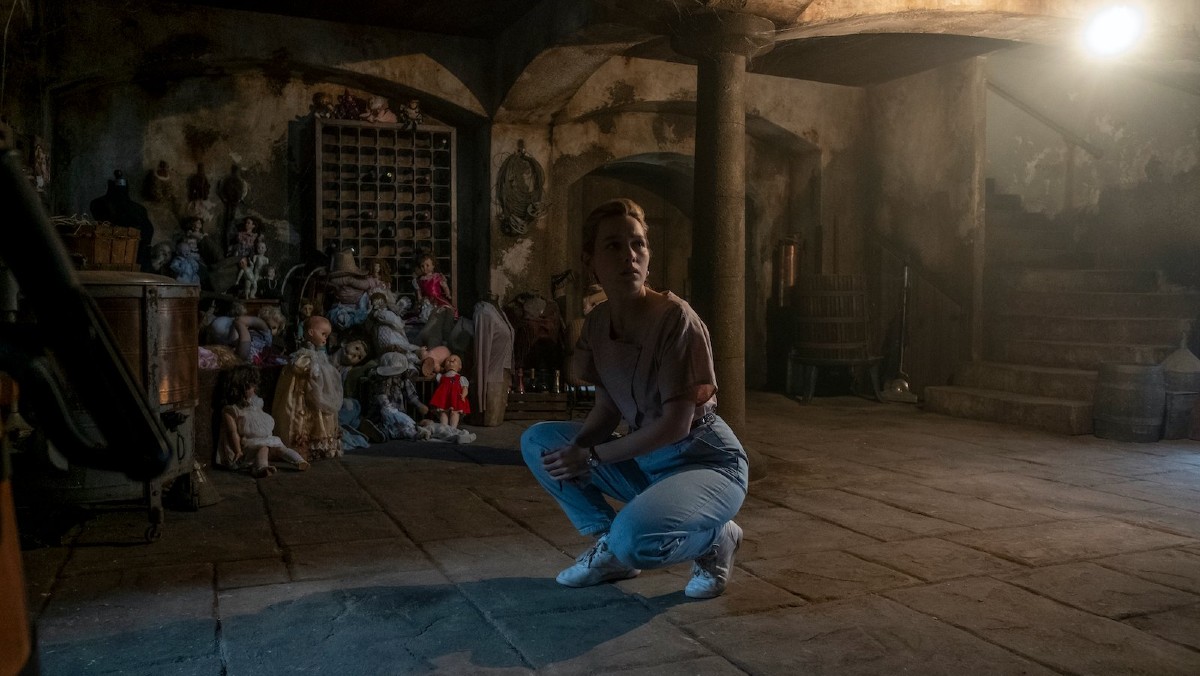 What does Jamie’s story mean to the audience?

One could argue that The Haunting of Bly Manor is about that inevitability of death, what we leave behind, and what it does to the people we love. We see death in many variations. There’s the flashback episode where Dani’s fiancé dies unexpectedly, without resolution. Jessel take her own life (depending on your interpretation). We hear the story of Owen’s mother who dies from dementia. Miles and Flora’s parents die far from home. We see Mrs. Grose’s murder. The Lady in the Lake (whose real name was Viola) dies of disease and with great jealousy and anger.

And we see the after effects of all of these deaths. How they linger in the form of PTSD, inherited trauma, and a life of sadness. But then there’s Dani. Her death is one of acceptance. Or rather, the story of her death is the story of her partner’s acceptance of it. In her grief, Jamie learned how to process Dani’s absence. And now she’s spreading the word, because it’s something all of us will face at some point. No matter how people leave us, there are ways to keep them alive. By telling their stories, by wearing their rings, and by leaving the door open for whatever comes next.