THE GRIZZLED is back with a Special Armistice Edition - Nerdist

THE GRIZZLED is back with a Special Armistice Edition

When CMON Games’ The Grizzled landed in 2015, I was gobsmacked. This timeless artifact of game design landed out of nowhere, offering a very subtle yet effective glimpse into the psychological trauma of a combat group in the first World War. It’s a game with lofty yet understated goals as it evokes brotherhood and horror, tying the two together with guts and sinew.

This is a cooperative design that’s very difficult. That means you spend much of your time managing a hand of cards and mentally cursing the gods of cardboard. You’re constantly debating which symbol of war-time shock you can play to the public row at the middle of the table. Your options include the harrowing effects of weather such as rain or snow, as well as more directed implements of carnage like mustard gas and artillery shells. It’s a somber game whose central themes are easy to overlook. 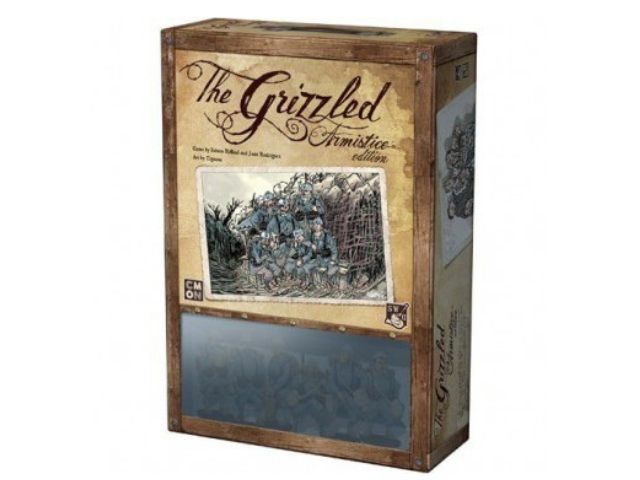 The original never left the recesses of my brain. So without hesitation, I immediately engrossed myself in this new deluxe ‘Armistice Edition’. We now have striking prepainted miniatures representing our French colleagues, oversized cardboard tokens to offer support, and the primary feature of a tailored historical campaign to work through.

The notion of enhancing this game’s historicity is amusing. It’s a mechanically light card game a whistle blow distance away from something like Hanabi. Yet it undeniably works.

This campaign consists of working your way through an organized stack of cards in legacy-like fashion. New elements are introduced and aspects of the previous expansion are trickled in. It makes for a fantastic easing in for newcomers, as well as presenting a delightfully fresh take for those previously experienced with the design.

The game and its structure of play mission to mission is not seriously altered. You will still find a rule of silence and hard knocks weighing you down. You will still make agonizing decisions and the cards will still shove a bayonet into your belly from time to time. 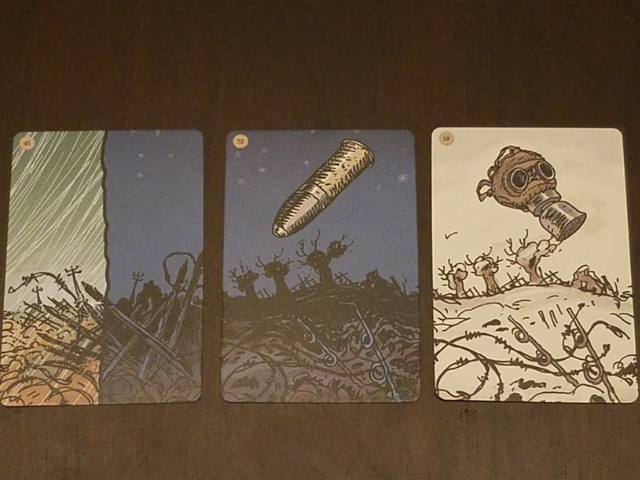 Yet that historical context is a significant change. Instead of playing generic missions occurring during The Great War, we instead play specific setups positioned as notable battles. You will travel to Somme and have your helmet caved in. You will see Verdun and all the terrors of those trench lines. Each slice of narrative setup is conveyed through gorgeous illustrations and a newspaper motif that lands with oomph.

The inclusion of legitimate narrative context–travelling along a historical path–is a touch that helps focus the emotional impact of the experience. It’s another tool that sharpens the edge of the game and places you in a mental state of reflection and reverence. At times it’s even awe-inspiring. 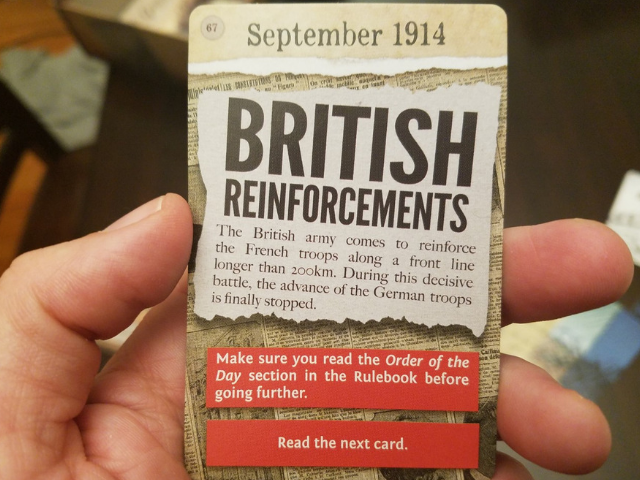 This campaign element does incur a few costs. One particular issue is that it doesn’t function well as a one-off event. While it does include all of the content of the original release and the At Your Orders expansion, separating the decks and restructuring your set for a single game is very painful. You’d likely spend more time separating cards and reorganizing than actually playing. For this reason, fans of the initial release may wish to keep their copy even if venturing down this new journey.

The reliance on a campaign format also presents its own challenges. Groups especially downtrodden from the inherent difficulty may find this aspect exacerbated. As your losses pile up you may become appropriately discouraged and sullen. There are mechanisms included to torch cards permanently from the deck and gain a bit of a helping hand, but measuring performance over the long haul can certainly be a kick to the nethers. However, those able to cope and withstand the beating will find a singular sense of accomplishment and pride.

The Grizzled is one of my favorite games in this space. It makes a legitimate argument for tabletop designs representing art. The Armistice Edition is nothing short of an improvement on the framework of the original, offering a heightened experience of anguish, misery, and the prevailing kinship of souls rescuing each other from torment.

Have you played The Grizzled? Let us know in the comments!  And be sure to join host Becca Scott on  Game the Game every Thursday here on Geek & Sundry to watch the best boardgames played with fantastic guests!