The Grimm Forest is a Delightful Cutthroat Family Game - Nerdist

The Grimm Forest is a Delightful Cutthroat Family Game

We love tabletop games here at Geek & Sundry, and we love to showcase the best games out there. If you want to stay tuned into what’s new and exciting in world of tabletop games, be sure to tune into  Game the Game hosted by Becca Scott, with episodes going live that you can watch here at GeekandSundry.com.

One of the magical things about our hobby is the transformation that takes place above the table. With a little prod, nudge, and a wink, a game can turn a group of laid back individuals into conniving rapscallions ready to tear each other’s hearts out with a spoon. The emergent social dynamics of a great piece of design can really elevate the experience into something greater than the sum of its pieces. Exhibit A is The Grimm Forest from Druid City Games. 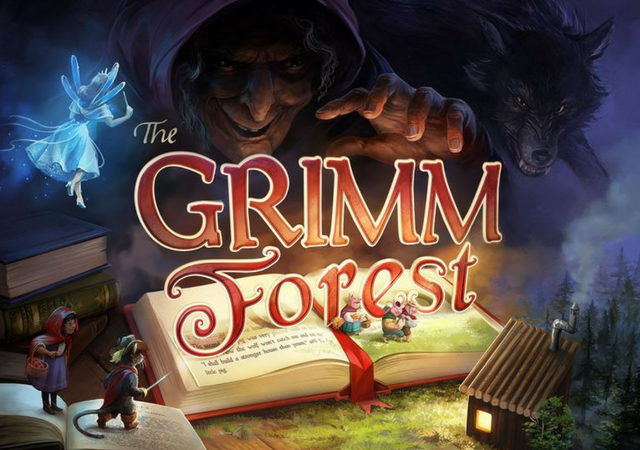 This is a simple game. Players take on the roles of sweet little pigs, nieces and nephews of that famous trio, ready to go to work and develop housing for the evil king. It’s a race to building three structures of straw, wood, or brick by heading to locations and scooping up resources. We all choose a card and then flip it simultaneously, placing our ridiculously overproduced swine miniatures on the gathering space we chose. If you’re the only piglet on the locale – you get to take the entire shebang. If you landed on a space with others, then you split the take evenly. Dead simple.

What elevates The Grimm Forest is the interesting social dynamic that quickly emerges. By the second turn Tim will be shouting, “Stay the hell out of the forest as that’s my turf!” Players will appear to acquiesce and then, upon reveal, will twist the knife slowly into Tim’s side. Before you know it half the table’s cackling gleefully like a pack of hyenas. It wastes no time in revealing our inner scumbag. 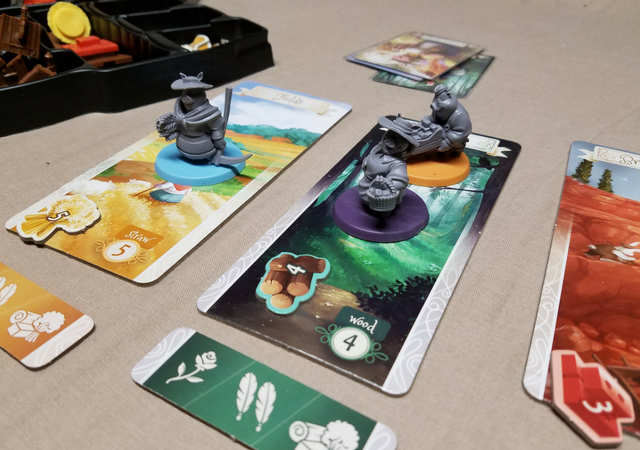 But even that wouldn’t quite be enough to keep the ball rolling over multiple plays. No, what really elevates this fairytale is the devious card play. You will earn fable cards that allow one time abilities such as sending the Big Bad Wolf to a location. Any player that ends up there will have one of their houses blown down – but only if they have one that’s straw or wood. How appropriate.

You can send other monsters such as the giant or the troll hiding under the bridge, each represented by a lavish oversized miniature (my favorite oxymoron). You can steal resources from others or gain new assets and abilities for yourself.

The fables work particularly well as a stick to enforce threats and claim retribution in the gathering phase. Someone stomping all around your brickyard and making a mess? Hit ’em with the dragon and wreck their mojo. It’s breakfast for dinner tonight, son, and bacon’s on the menu.

The only downside to these swingy ability cards is the penchant for negative progression. By knocking over other’s houses or gobbling up their resources, it can postpone the finish. This isn’t an enormous problem because the game as a whole does have a constant sense of forward momentum, but it does have the undesirable outcome of pushing the playtime out to just shy of an hour. This is slightly too long as it would feel more comfortable right around the 30-40 minute mark. With that being said, those particularly aggressive cards are some of the best in the game and I wouldn’t cut their inclusion. The good is definitely worth the bad. 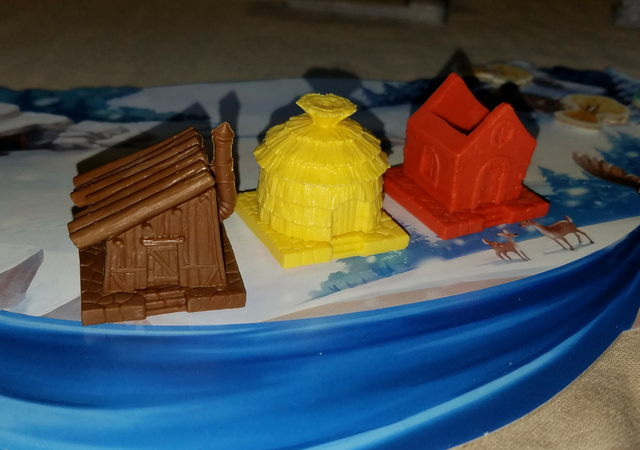 Supporting the Fable deck is a fantastic offering of friendship cards. These allow you to gain a wide cast of characters like Sleeping Beauty or Cinderella as allies. They provide permanent abilities that function as special powers throughout the game.

This surprisingly developed card play adds an injection of depth that’s particularly gripping. It pushes the experience forward and provides a swathe of interesting tactical meat that these starving pigs will quickly devour. It also reveals that this design isn’t a game for small children. It’s definitely appropriate for a family game night, but it’s not aimed squarely at those who currently experience the touched on fables as nighttime reading. It has the capability of appealing to a higher audience as the interplay of mechanisms and social maneuvering boasts a level of sophistication which may surprise. 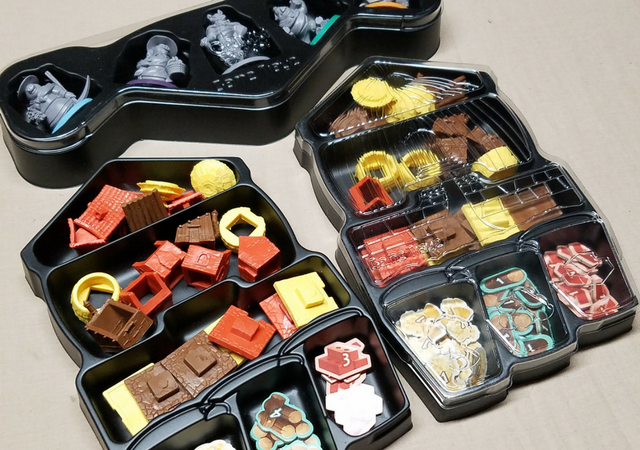 Behind every tree and over every bush, this game packs in the clever twist. It’s full of simply smart design decisions such as having unclaimed resources roll over – thus throwing off valuations and sparking greater levels of vocal sparring. Similarly, when you gain a friendship card you can force it upon another player which requires them to discard their existing ability. These are simple things that have downstream impact to elicit a surprising amount of strategic play. Everything ties together exceptionally well and it’s all wrapped up in this beautiful bow of absolutely gorgeous production value.

For those who enjoy a light game and are comfortable engaging in social theatrics, there’s a large amount of excellence crammed into this release. The weight of play can be throttled nicely between those who are less familiar with the hobby and those whose recycling bin is endlessly full of cardboard sprues. The Grimm Forest is the real deal and the perfect endcap to a memorable evening.

In addition to Geek & Sundry, Charlie Theel writes for Ars Technica, Tabletop Gaming, Miniature Market’s The Review Corner, and co-hosts the gaming podcast  Ding & Dent. You can find him on Twitter  @CharlieTheel