Goonies never say die! Ever since the Steven Spielberg classic The Goonies hit the big screens back in 1985, some fans have been clamoring for a sequel. Fast forward 35 years later to 2020 and we might finally be getting one—well, at least the concept art for one. Via Slashfilm, Adam F. Goldberg, best known as the creator of the hit ABC show The Goldbergs, first pitched Richard Donner on The Goonies 2 back in 2005.

The pitch didn’t go the way he wanted, but he didn’t give up. He continued to work on his secret Goonies 2 script. He recently told Josh Gad about this project during The Goonies cast reunion on Gad’s Reunited Apart. Goldberg took to Twitter after the reunion and gave fans something exciting. He said, “For the last 9 years I’ve been secretly writing PART 2 for fun. It’s my masterpiece. I even had a big meeting scheduled with Richard Donner… canceled ’cause of the lockdown! THE GOONIES 2 WILL happen when life resumes. Promise!!!”

I rival @joshgad as ultimate fan of #TheGoonies. For the last 9 years I’ve been secretly writing PART 2 for fun. It’s my masterpiece. I even had a big meeting scheduled with Richard Donner… canceled 'cause of the lockdown! THE GOONIES 2 WILL happen when life resumes. Promise!!! pic.twitter.com/sBxgaDHjg0

Goldberg has been hard at work on a spec since 2013. He hopes to share it with Donner soon. He recently shared some concept art with Slashfilm. You can see it below.

Thank you @slashfilm for writing about my quest to make this dream a reality! Spielberg and Donner have said that it's impossible to come up with a great concept for The Goonies 2, but us Goonies never say die!!! https://t.co/I5lWDJqUvh

Michael Barnard created the art that was revealed during a virtual 35th anniversary panel for The Goonies. 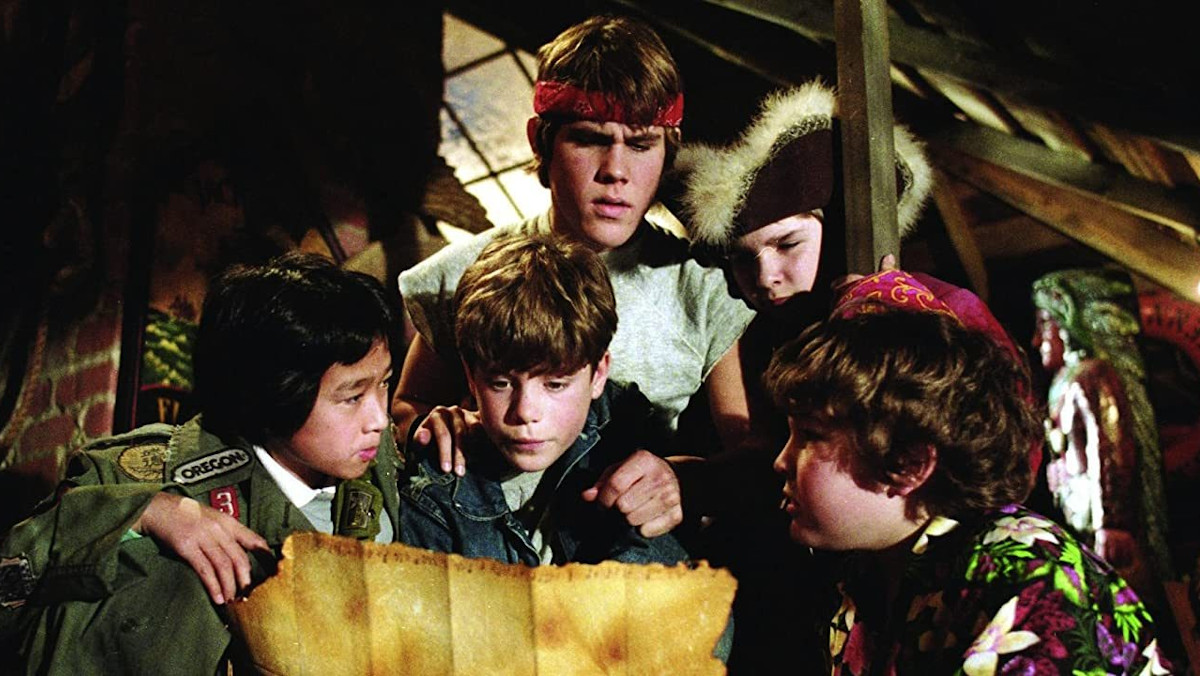 Spielberg shared his thoughts about a sequel on the Reunited Apart special. He hasn’t come across the right idea, but he’s not opposed. He said, “Every couple of years, we come up with an idea, but then it doesn’t hold water. The problem is the bar that all of you raised on this genre, I don’t think we’ve really successfully been able to find an idea that is better than The Goonies that we all made in the ’80s.”

Earlier in 2020, Variety also reported that Fox ordered a Goonies film re-enactment drama pilot from Sarah Watson, the creator of The Bold Type.