This might be the first escape room you want to escape into. The Emerald Flame, currently in the middle of its Kickstarter campaign, is a narrative adventure that blends the mechanics of escape rooms, puzzles, and interactive fiction into one tabletop experience. Tackle the game solo or cooperatively with friends. No matter how you play, the game promises to be an enchanting step into a magical world of alchemy and mystery.

What’s hidden inside The Emerald Flame? Let’s take a peek inside the game box to find out. 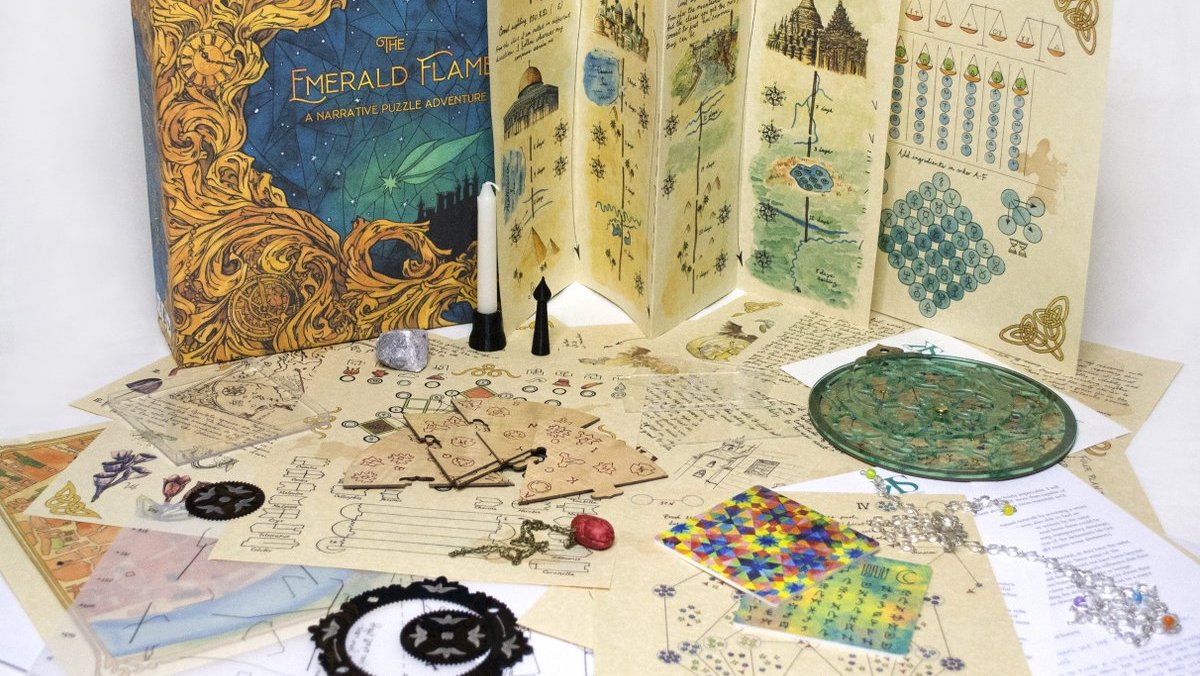 As if the gorgeous components alone aren’t enough to pique your curiosity, wait until you hear the premise. “Commissioned by the Koschei Historical Society, you will take on the role of a historical expert and embark on a quest to piece together a recipe for a transformative elixir by deciphering messages, interpreting alchemical diagrams, and manipulating mysterious artifacts,” describes the campaign website.

The narrative game is created by Rita Orlov, who also designed another successful and critically acclaimed tabletop game called The Tale of Ord. Like its predecessor, The Emerald Flame blends story and puzzles to create an engaging experience. The story was inspired by medieval alchemy and ancient manuscripts, giving the game an ethereal, almost otherworldly feel.

How much does Orlov love puzzles? You’ll find hints in the Kickstarter page and the video above that will unlock secret community forums in which new puzzles will be posted. (Not to brag, but we solved it and feel very smart now.)

If you’re a fan of escape rooms that you can play without leaving the house, don’t miss your chance to lend your support. Independent game makers typically create games in small runs, so this could be your only opportunity to grab a copy of The Emerald Flame. Designed for three chapters that run about two to three hours each, this looks like the perfect puzzle game to plan your next game night—or nights!—around.