Your kids have always dreamed about going off to Hogwarts. And it’s probably not a stretch to say that you might be dreaming of sending them there right now just so they’d have something to do. A Youth Services Librarian and Harry Potter fan is making both of your wishes come true… sort of. Created by Sydney Krawiec, Youth Services Librarian at Peters Township Public Library in Pennsylvania, the Hogwarts Digital Escape Room gives you and your kids a chance to, well, escape from real life and into the world of Harry Potter.

(Don’t tell the kids, but they’ll be learning real world lessons along the way.)

The adventure begins on the first night at Hogwarts after the great feast to celebrate the start of a new school year. As sorted students shuffle off to their House common rooms for the evening, the prefects announce a game inspired by one of the Muggles’ newest fads: escape rooms. Can the students escape to make their way out and get back to the safety of the common room?

Clues are given and students must answer questions and riddles to proceed. There’s no Harry Potter book or movie trivia to be found here. Instead, we have questions about the Dewey Decimal System (be still our beating nerd hearts), math to convert galleons to knuts, and more puzzles that must be solved correctly before the next part of the escape room opens. 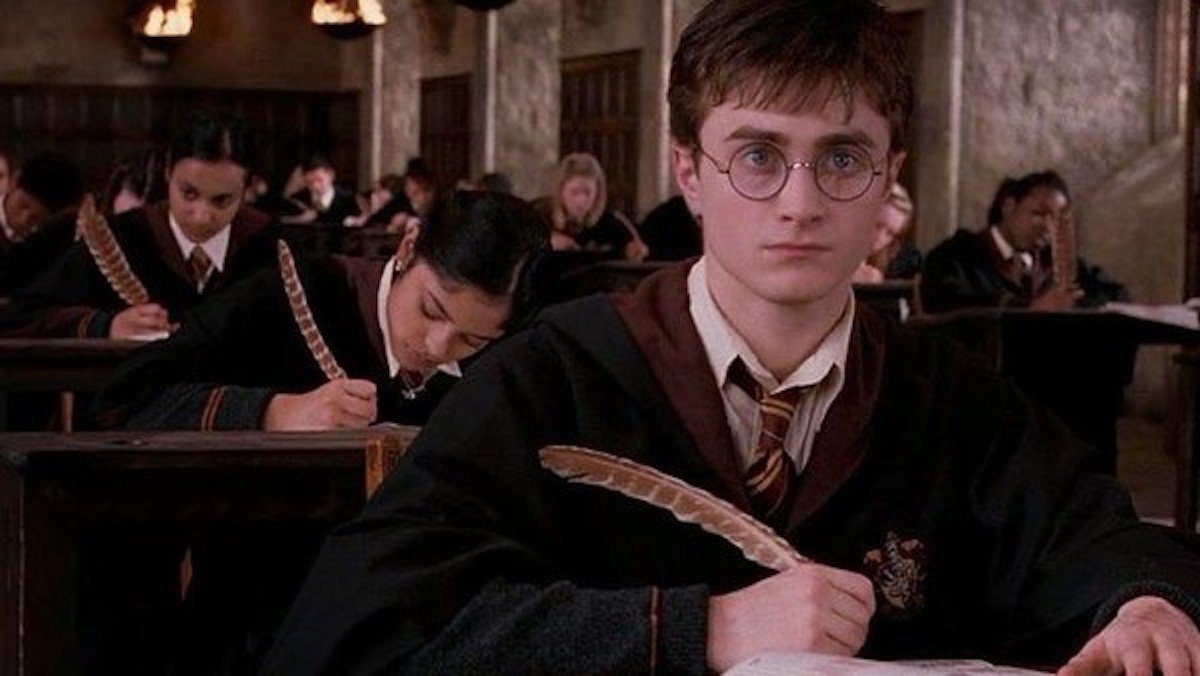 The digital escape room is all presented brilliantly through a Google Form, offering multiple choices to give your answers. While the experience is clearly written with the love for children’s education that a Youth Librarian has, this digital escape room is an excellent way to get happily lost in the halls of Hogwarts for just a little while.