It’s been 5 years since Kingdom Hearts III (KH3) was first announced and Square Enix is finally close to giving us a release date. Developer Tetsuya Nomura has said “We are making final, last-minute adjustments, but we are pretty firm on a certain date, so we hope to reveal it next month.” Between the screenshots and videos that have been released, KH3 looks like it has retained the whimsical, occasionally goofy, charm that endeared us to the previous games. Already we are excited to see that a bunch of Disney’s new franchises like Toy Story, Monsters Inc, Wreck-It-Ralph, and Tangled have joined the Kingdom Hearts universe. 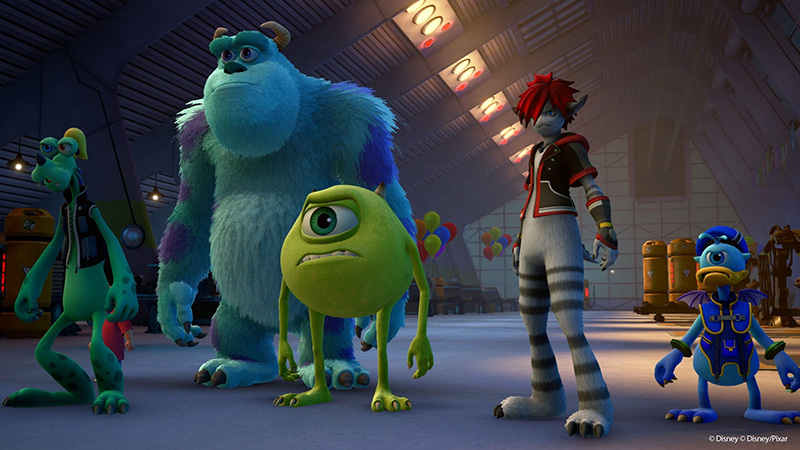 All of this is fantastic, but considering the Kingdom Hearts franchise is now 16 years old and has 15 titles plus a manga and novel series, there’s a lot to try to remember before jumping back in when KH3 comes out. Here’s a quick overview of what is otherwise a deep, convoluted story that can oftentimes be hard to follow.

WARNING: Spoilers ahead for anyone who has not played the previous Kingdom Hearts games!

Where it All Begins

Let’s get the main crux of the games out of the way first: These games are all about things shattering and what happens to the pieces.

A long time ago, there was something called the χ-blade (keyblade). It was formed by the union of a perfect balance between a pure light heart and pure dark heart, and was a powerful protector of the worlds called Kingdom Hearts. So what happens when a powerful magical artifact is one of a kind? Everyone goes to war over it, the blade shatters into shards of darkness and light, and the light shards become the hearts of princesses while the dark shards mysteriously disappear. (Yeah I know, that escalated fast. But stay with me here.) 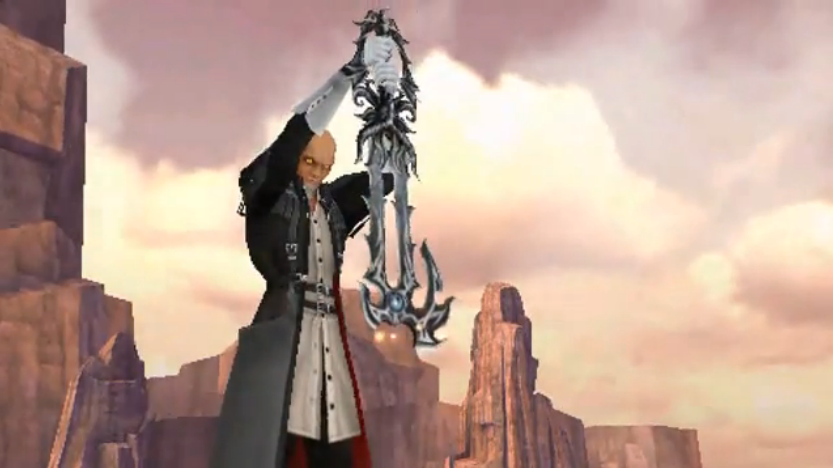 The main bad guy of the entire series, , thinks the war left the universe unbalanced in favor of the light side and is obsessed re-balancing everything (showing he would be a great pal for Thanos). He wants to do this by creating a new χ-blade; during the course of his attempts to do so, he tears his apprentice’s essence in half.

This did not kill said apprentice, but instead created two beings; one called Ventus whose heart was pure light and his opposite, dark-hearted Vanitas. Things get messy for those apprentices, with Ventus killing Vanitus and then ending up in a coma. Xehanort meanwhile also gets split in two, creating new entities called the heartless and nobodies. A Heartless, for the record, is a being created from the evil within a person’s heart, while a Nobody is the body and soul of a person who has had their heart torn out (metaphysically, that is.  A ‘corpse’ is what we call someone who has had their heart literally torn out).

The heartless part of Xehanort takes the name Ansem (coincidentally the name of his own master) and the nobody calls itself Xemnas. (Yes, this is a lot to keep track of and we haven’t even met the main character yet.)

So now we have 2 baddies. Ansem, who decides to collect up all the princesses who are hosts for the original pieces of light from the χ-blade, and Xemnas who sets up a group of nobodies called Organization XIII to run around stealing peoples hearts. 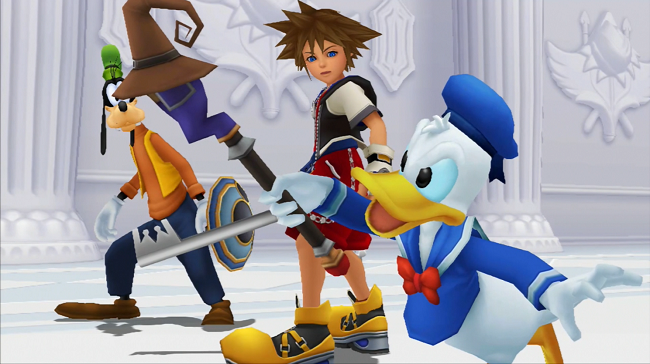 Finally, we get to Sora, the main protagonist of the Kingdom Hearts series and an ever-cheerful teenager with a desperate desire for adventure. When his island (the totally not foreshadow-y ‘Destiny Island’) is attacked by heartless and his crush Kairi is kidnapped by a wave of darkness, Sora falls into the abyss to try to follow her. This takes him to another world called Traverse Town where he meets Disney characters, Donald Duck and Goofy. The three set out on a mission from King Mickey to save other worlds (locations from Disney films) from the spreading darkness.

Unfortunately Sora’s best pal Riku has been lured in by Maleficent to serve the darkness and become a host-body for Ansem. As it turns out, during the event where the darkness took Kairi, it separated her from her heart (which coincidentally is a princess heart). That heart magically latched itself into Sora and, being a bad guy who wants all that princess power, Riku/Ansem tries to rip it out of Sora, but thankfully fails. 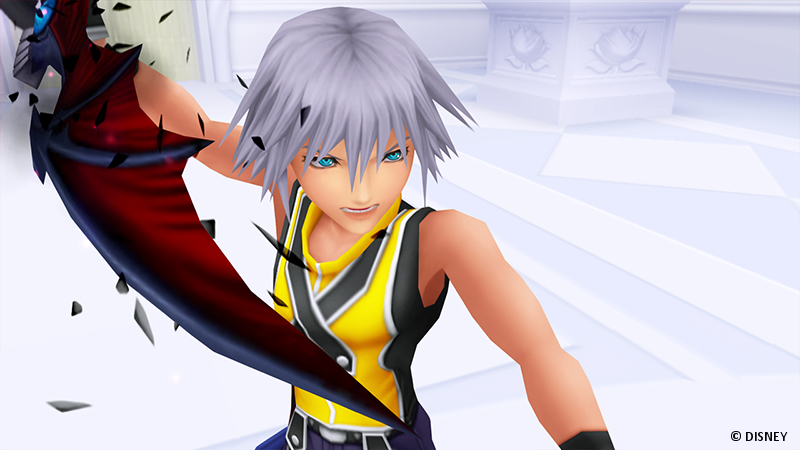 Beating Ansem in an epic battle and freeing Riku from his influence, Sora decides he needs to give Kairi her heart back and carves it out of himself with his keyblade. This, unfortunately, splits himself and Kairi into their respective nobody forms, Roxas and Namine. Roxas joins Organization XIII and in a weird turn of events, Namine can manipulate Roxas’ memories, so one of the other members of Organization XIII, Marluxia, uses Namine to screw with Roxas’ head in order to help overthrow the group. Roxas figures out he’s being manipulated, beats Marluxia, and Namine rewards him by restoring his memories and stuffing him into a stasis pod for two years where he hallucinates an entire summer of useless chores. (It can be a pretty weird game, ok?)

Ok, Back to the First Good Guy 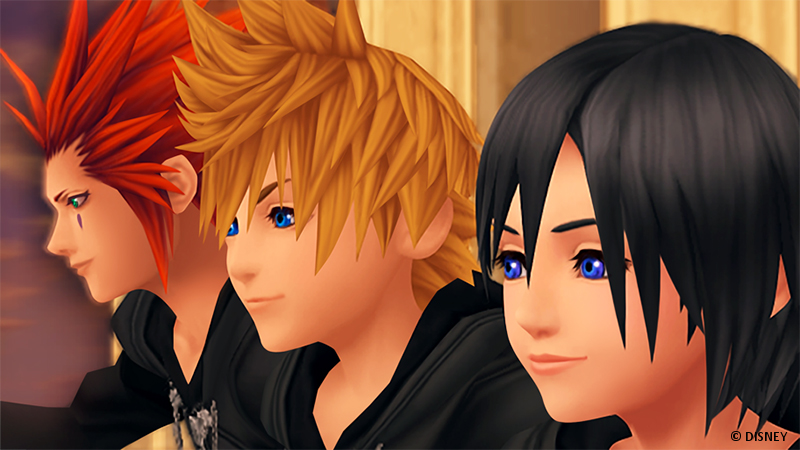 When Roxas awakens, he becomes Sora again and joins back up with Donald and Goofy in order to stop Organization XIII and their leader Xemnas who has decided that this balancing the universe business is nonsense and that he’d much rather be a god. Sora and his pals eventually find their way to the Organization XIII headquarters and fight Xemnas. Thankfully Xemnas is weakened by the efforts of King Mickey and Riku, who have been running around in the background this whole time. They managed to make pals with a guy named DiZ, who as it turns out is Xehanort’s old master, the true “Ansem the Wise” (not that half-hearted version that came out of Xehanort). 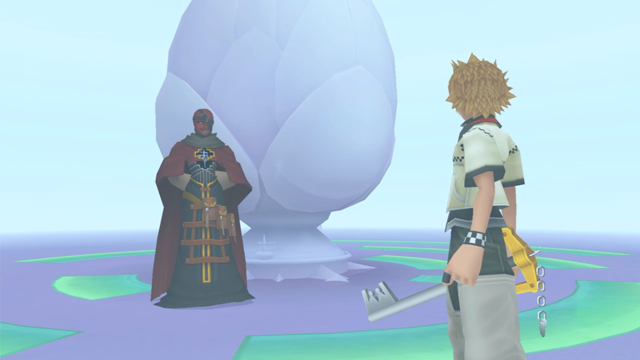 Confused yet? Yeah me too. DiZ created a machine which could sap the Kingdom Hearts power, taking some of Xemnas’ power. The machine overloads, Xemnas is beaten, and everyone goes back to their respective homes seemingly happy that everything worked out. Of course, that isn’t the end, as we find out in later games that Xehanort is now whole again after Sora defeated his split selves and he’s still hellbent on recreating the χ-blade that started this whole mess. 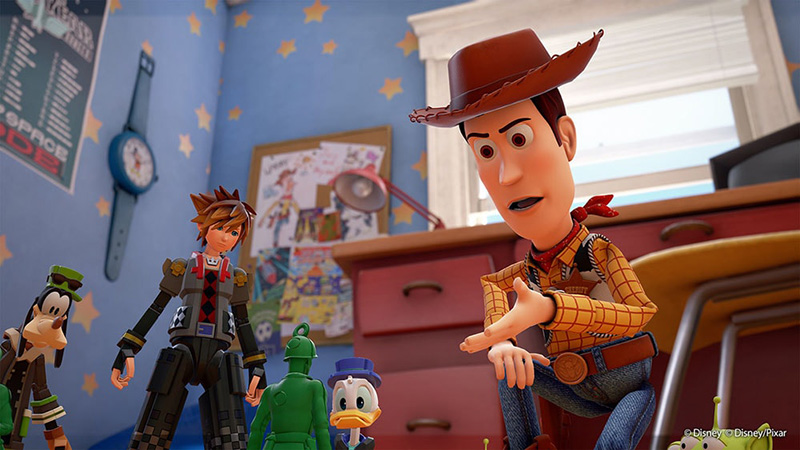 The Kingdom Hearts series is bonkers and this is only the tip of the iceberg. Hopefully, this overview of the story so far has helped illustrate where the series is currently and reminded us of some plot threads still dangling. Even though the plot is vast and convoluted, the series is still full of wonderful characters, heart-warming stories, and truly fun gameplay. We’re really looking forward to the upcoming third game and what may be the ultimate showdown between Sora and Xehanort.

What are your favorite moments from the Kingdom Hearts games? Which ones still have you scratching your head in confusion? Let us know in the comments below!