THE CONJURING 3 Has Its Scares, But Is Middle-of-the-Road Horror

The Conjuring: The Devil Made Me Do It, directed by Michael Chaves, isn’t the worst installment the franchise has given us. However, neither is it one of the best. Vera Farmiga and Patrick Wilson return as Ed and Lorraine Warren, investigating and helping victims of the supernatural. In this situation, they try to prove that demonic possession caused a murder. But the story—for sensationalization purposes—becomes overly dramatic and increasingly convoluted. The film ends up a flustercluck, with the most memorable would-be horror moments becoming comedic ones.

Not only is this a horror film, but it becomes a whodunit among the living characters. The Warrens learn that Arne Johnson (Ruairi O’Connor) murdered his landlord and boss Bruno (Ronnie Gene Blevins) because of a curse. They initially think it was straight possession, as Arne was present when they performed an exorcism on young David Glatzel (Julian Hilliard). Arne challenged the demon to possess him instead. Once they realize it’s a curse, they work to ascertain who is behind it. The shift to a human adversary is refreshing, but doesn’t pay off. 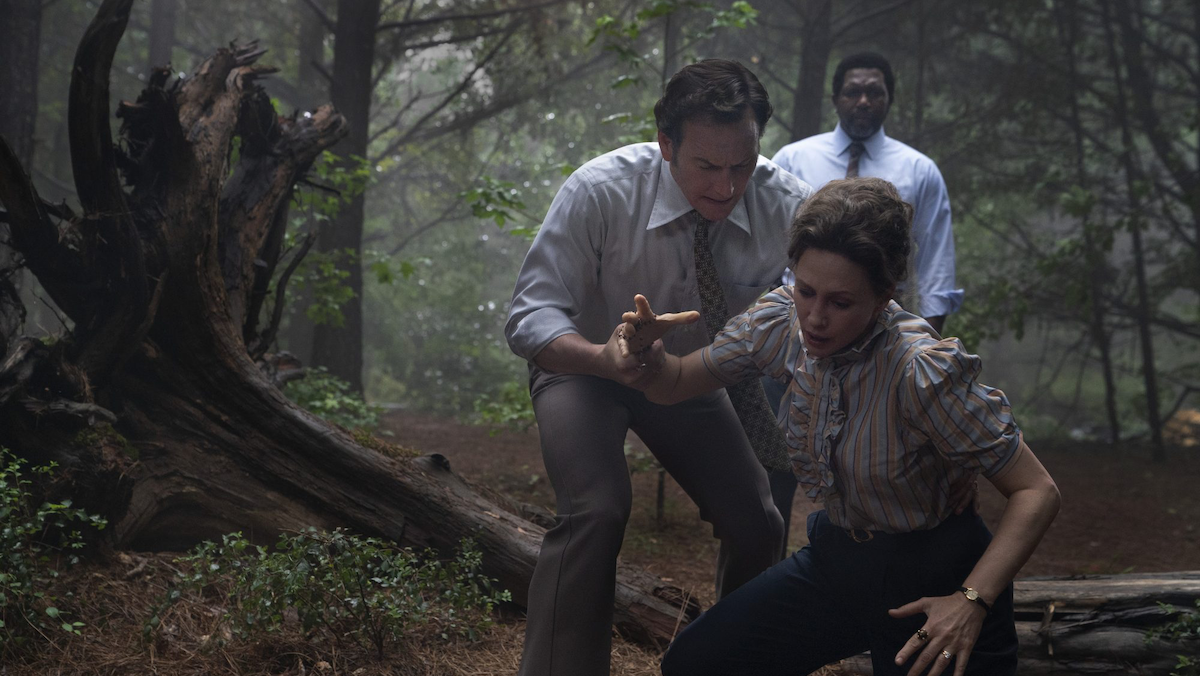 The supernatural is still present, with the stylish visuals that only Hollywood’s big-budget provides. Compared with the first film, The Devil Made Me Do It is more Hollywood than paranormal. Sets look more manufactured than authentic. But there are scares. The scenes with little David may be the most terrifying; children in danger, and children who are dangerous, make for the most compelling and nightmarish stories around. In that regard, The Conjuring sequel does not disappoint.

Farmiga and Wilson are always great together in these films. As the couple, their acting and affection never let us down. Additionally, Julian Hilliard is excellent, and Ruairi O’Connor looks suitably tormented. But the performances may not be enough to save this latest outing; simply too much happens in this film, and our concern is stretched thin. The best scene involves Ed Warren challenging Arne’s skeptical lawyer to come to their house where she can see their collection—Annabelle included. Theater-goers will laugh before seeing the aftermath because we already know what that lawyer will face. 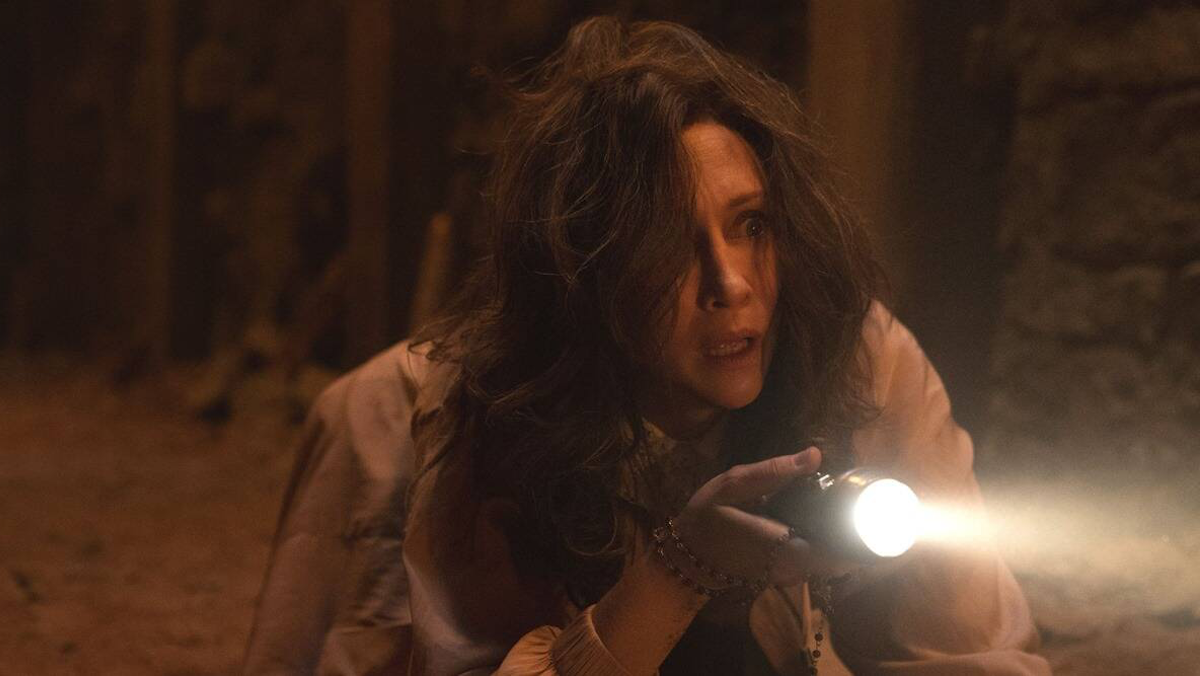 Each film in The Conjuring series feels like it gets further away from what initially made it so good—the true story aspect. The plot in this film revolves around solving a mystery that never really happened. They could have made a compelling story dealing with David’s possession and ended the movie with Arne’s possession and Bruno’s murder. For this, the plot needed to be stronger, and it just isn’t there.

Perhaps after a year spent away from theaters, interest in films on the silver screen has waned. We can enjoy, pause and watch a movie from our home—with subtitles—and it doesn’t feel wasteful because we haven’t gone out of our way. At home, if a movie doesn’t prove worth it, we click away, read a book, work on a project. Now, when we have to put in time and money to see a film that doesn’t meet expectations, the frustration is worse. We are left with an, “I came out for this?”

Will this harm future films? Doubtful, but it may force Hollywood to raise the bar and release quality films. There is no need to waste hours to go to the cinema with competitive streaming services available, especially for middling films. People who go for the theatrical experience will not have an issue as, for them, it’s about more than just the picture. But for a lot of other viewers, Hollywood needs to step it up.