For any and all who feel like they can can wait no longer for The Boys season three, here’s a little apéritif. It’s not news of a release date, nor a proper trailer, nor even another hit single by Starlight. Instead, we have our own look at the Vought News Network program Seven on 7. On Wednesday, Entertainment Weekly unveiled the first installment in this ongoing web series. It seems these segments will serve both to to lay out plot details and immerse us in the Vought-anchored world.

The heavy hand of Vought grasps and mangles just about everything and everyone on The Boys, from media to government. Here, we see VNN journalist… well, pundit… well, propagandist Cameron Coleman singing the good word of his parent company. In the process, Coleman lionizes all Supes making the headlines and defames everyone who deigns to question them.

Some of the main bullet points in this installment include Homelander’s self-isolation in Vought Tower following the events of season two; an ongoing debate about Supes’ rightful enlistment in the US military; and activities of the Federal Bureau of Superhuman Affairs. In entertainment news, we hear that Starlight’s power ballad “Never Truly Vanished” has maintained its seat at the top of the charts. However, Vought-produced Supe-centric film Dawn of the Seven suffers from production stalls. 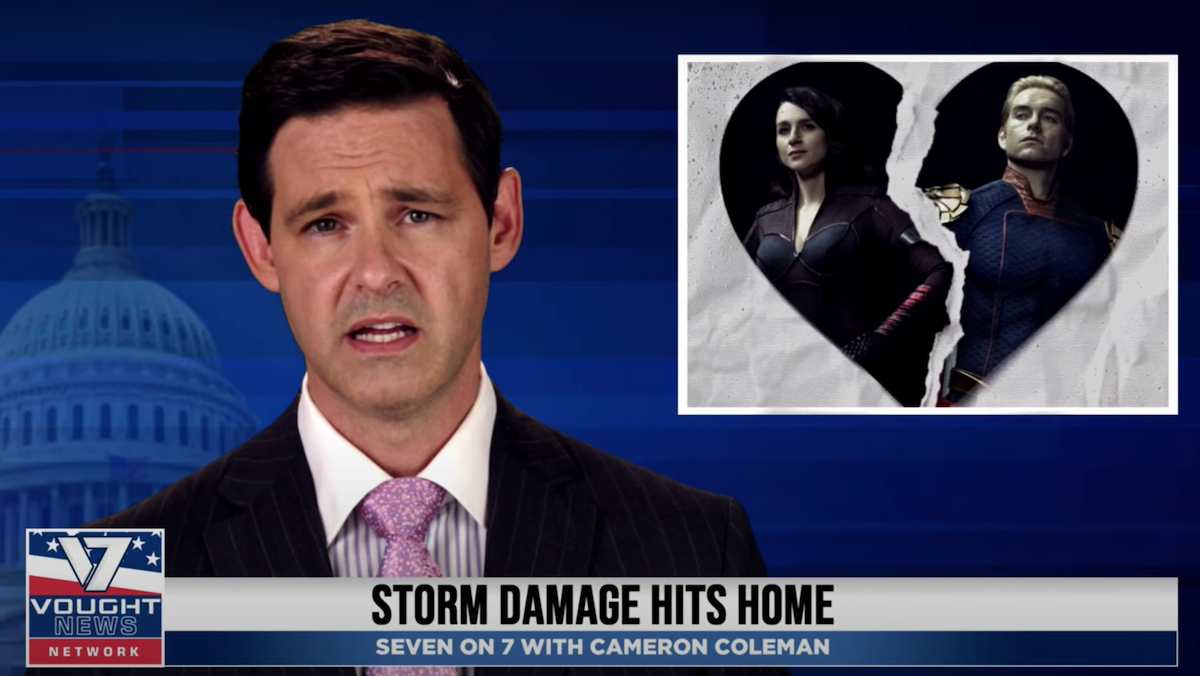 On the matter of superpowered heroes joining the armed forces, this universe’s US Secretary of Defense Roger Singer shares the following statement with Vought:

“America’s safety is our main priority – period. While I can’t comment beyond that, I will say that  the Joint Chiefs are working tirelessly to determine the best, and most effective, course to ensure our country remains the greatest nation on Earth.”

…which Coleman tears to shreds as some kind of anti-American screed. He treats the appointment of Hugh Campbell as the FBSA’s Senior Analyst with similar fury. We’re eager to see if and how these plotlines and characters come into play in season three of The Boys.