Season two of The Boys put star Erin Moriarty’s musical chops on display. The first episode of the bunch set the action at the funeral of deceased Seven fixture Translucent; the emotional, and highly publicized event gave Moriarty’s character Starlight a chance to sing her heart out. However, viewers of the Amazon Prime series only got a snippet of the ballad, titled “Never Truly Vanished.” Creative forces behind the program always intended to release a longer version by way of a formal music video.

Showrunner Eric Kripke made mention of these plans to CinemaBlend back in September, just after the season had dropped online. As with so many other productions, constraints of the COVID-19 pandemic waylaid said plans. But now that things are a bit safer in the macro, the The Boys team has come together to give us the music video once promised. Take a gander below at Starlight’s rendition of “Never Truly Vanished.”

For in-universe authenticity, the video boasts a Vought Music Group production label. Aptly, the video pays tribute to—or, more accurately, takes callous advantage of—Translucent’s season one passing. In the process, Starlight’s star power gets upped all the more. The Boys sure knows its way around cynicism. But we’ve got to admit, she’s got pretty impressive pipes and stage presence. 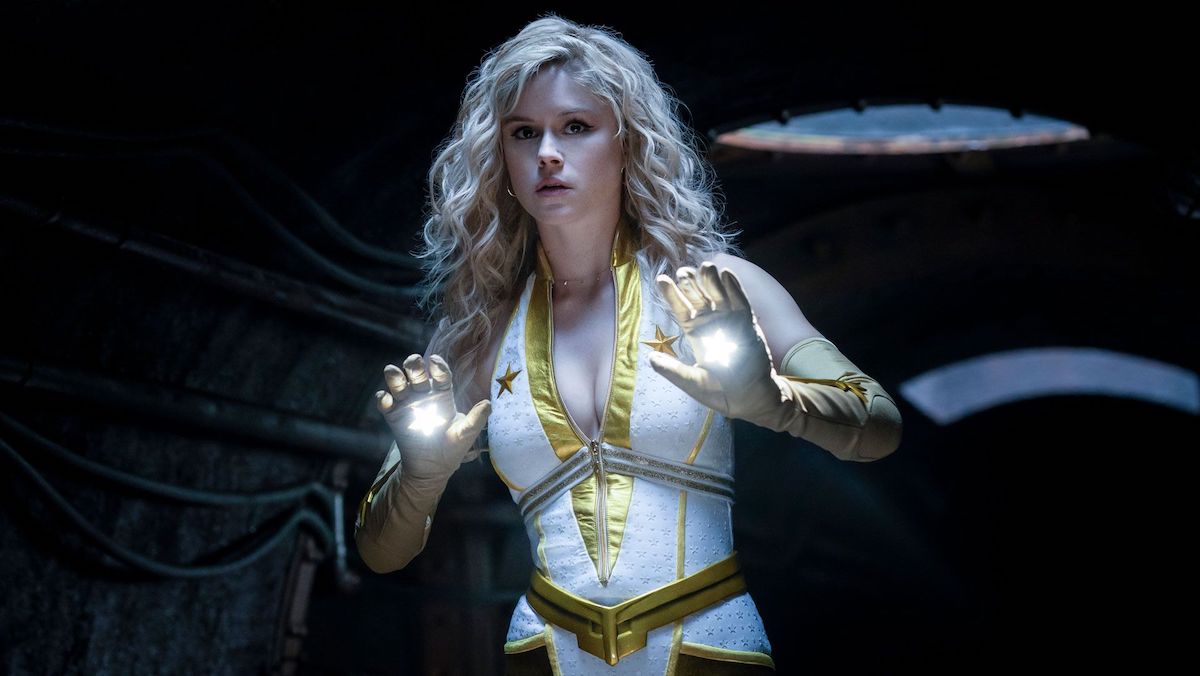 The video is only the second independent message tweeted by the “official” Vought International Twitter account. About a week prior, the account premiered with a tribute to Soldier Boy. This moniker actually refers to numerous characters in The Boys universe; the third season of the TV series will feature Supernatural‘s Jensen Ackles as the latest incarnation of the hero. This Soldier Boy—an eager but naïve would-be do-gooder—will head up the Vought “B-Team,” Payback.

This should prove an integral piece of the upcoming season. In fact, “Payback” is the title of the developing premiere. And we’re sure it’ll be just another pleasant piece of this rosy puzzle.

The Boys
The Zodiac Signs of THE BOYS’ Characters, According to Black Noir
Tai Gooden
6 MIN READ
SEE MORE