THE BOYS Cracks Us up with Season 2 Blooper Reel - Nerdist

The Boys has ended another season, and we know it will now be a long slow crawl till season three gets here. But, until such time, we do have an awesome The Boys blooper reel to tide us over. Actually, it’s not actually labeled as a blooper reel, but as “The Boys F**k Ups.” Seeing how potty-mouthed everyone on that show is, that seems like the better title for it.  You can watch the full video down below.

Blooper reals are always stark reminders that the folks who are playing all these characters are very much not anything like the characters they play at all. With a show like The Boys though, this is an even bigger splash of cold water to the face. If only because characters like Homelander and Stormfront are so, so awful and hateful, it’s shocking to see the actors who portray them just as silly and nice human beings. And not, you know, as a bunch of super Nazis. 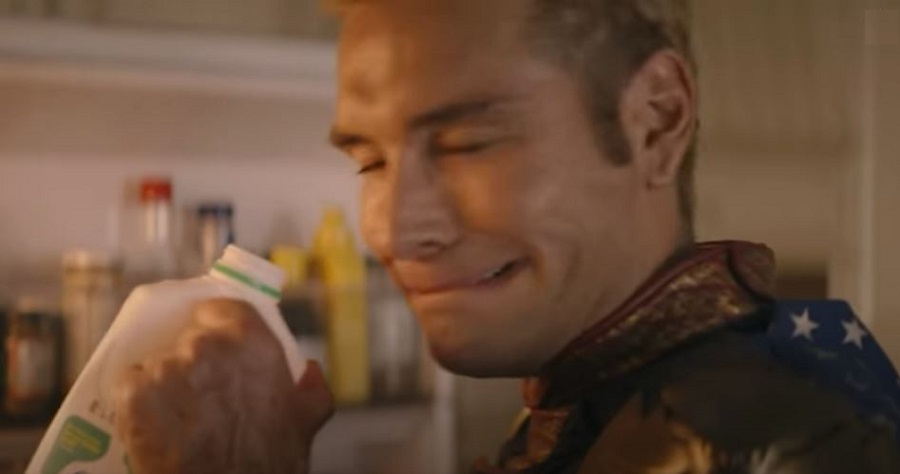 I think our favorite moments in this video are seeing tough uber-warrior Queen Maeve just trip over stuff that’s lying around on the floor like a normal person. Not to mention Shawn Ashmore, the ex-Iceman who now plays the pyrotechnic Lamplighter, not able to actually light his lighter. Don’t feel bad Shawn, we’ve all been there. Karl Urban saying “Postmates” when answering the door also had us in stitches. Not sure what we’d do if Billy Butcher was the one delivering our late night Taco Bell.

Of course, the weirdest (and nicest) thing is seeing actor Antony Starr just goofing off, laughing and being a normal dude while wearing his Homelander outfit. It’s kind of like seeing Robert Englund just being nice to castmates while dressing as Freddy Krueger in outtakes. It’s always initially so weird because we are used to seeing them pretty much only as monsters. Now, we won’t automatically expect Mr. Starr to heat vision us to death when we see him at future comic-cons.