THE BOYS' Most Terrifying Moments Are Its Most Real - Nerdist

THE BOYS’ Most Terrifying Moments Are Its Most Real

Sure, The Boys excels at the gross, gruesome, and gory. Heck, this season they even drive straight through a whale in a speedboat. But the real horror at the heart of season two is the white supremacy revealed to be at the core of Vought. And even more scary is the fact that it’s also a key part of their celebrity superheroes.

Spoilers ahead for The Boys season 2

Ever since the beginning of Amazon’s hit superhero satire, it’s been clear who the villains were. Vought uses its genetically modified heroes to sell the idea of a progressive and safe vision for America. The reality is far more gruesome. The series has never shied away from showing just how dangerous Vought’s superheroes are, and this season they added a backstory that amplified the evil nature of the corporation. Vought’s history with genocide and experiments provided an analog for the current political climate of North America, and some of the things we should look out for if we want to battle fascism in our own lives. 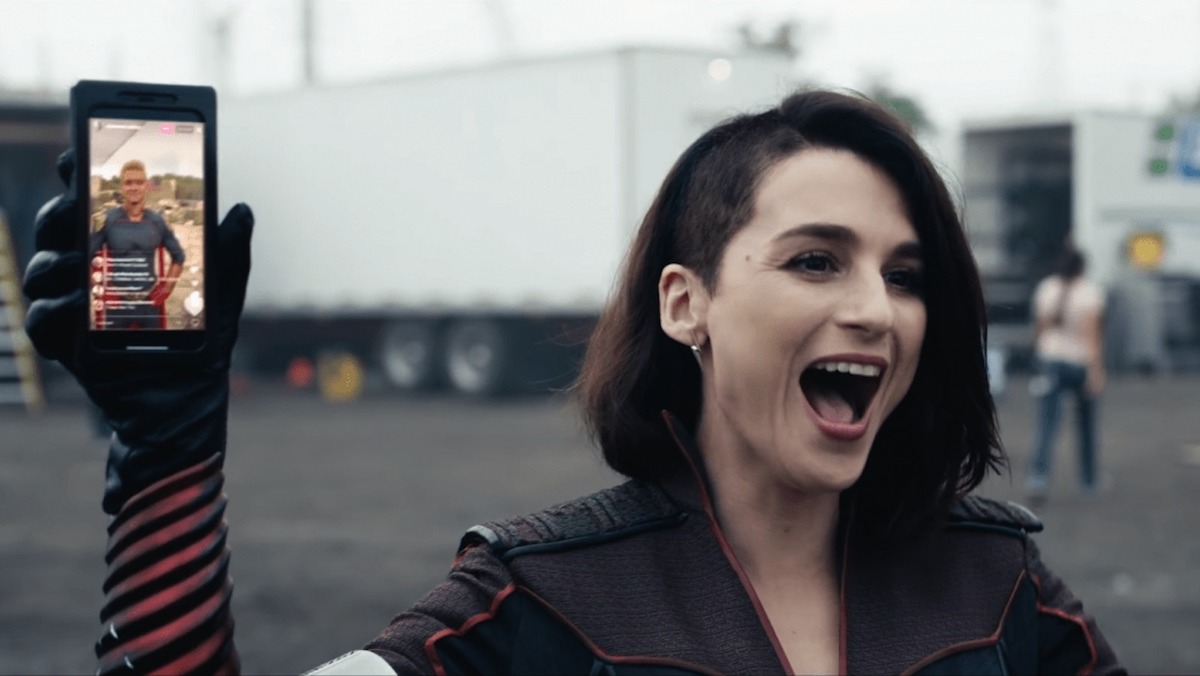 When Stormfront was revealed in episode three to be a racist hate monger, it was clear Vought was willing to let her kill, maim, and torture people of color as long as she kept their ratings up. Fans who hadn’t read the comics might not have seen the next reveal coming; both Stormfront and the creator of the corporation, Frederick Vought, were literal Nazis. The reality of successful American organizations being built on Nazism is real. Wernher von Braun was a Nazi who was brought into NASA and became a key part in launching the US space race. Both Adidas and Puma were started by Nazi brothers. And even today, we have seen the President refuse to speak out against the rise of neo-fascism for the fear of losing the support of Nazis. 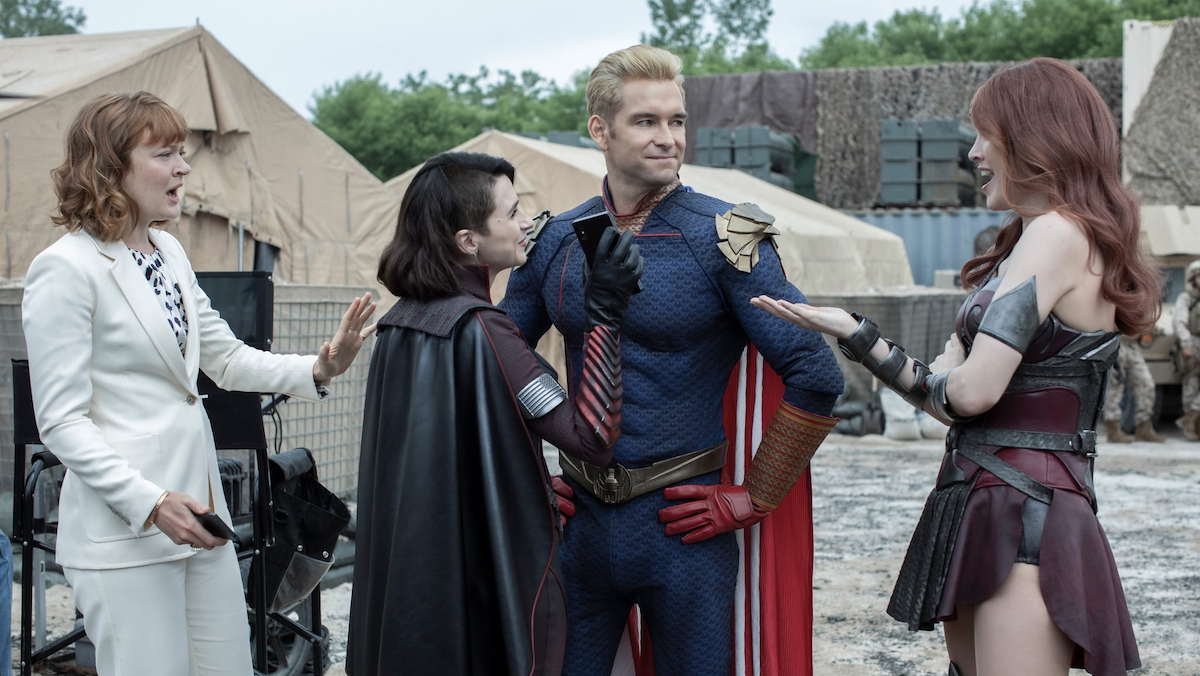 When the truth came out about Vought’s Nazi roots and Stormfront’s penchant for mass murder, the American public was less than happy. But in a depressingly realistic series of events, Vought had a slick response prepared. Rather than admitting the truth or taking accountability for the horrors they and their racist supe had wrought, they instead opted for a popular out. See, the Nazi was just “a bad apple” who had nothing to do with the rest of the organization. This will likely sound familiar to anyone who has followed the movement against police brutality in the US. It may also ring true to those who have ever reported abuse within a system. Remember when Texas horror producer Dallas Sonnier was accused of creating a vastly unsafe working environment including creating a space for accused rapist Adam Donaghey? But it ended up being a situation where apparently no one knew?

Perhaps the scariest part of a finale—which included a lot of really scary stuff—was Homelander being accepted back into The Seven’s fold. We weren’t surprised that Vought forgave their most famous son. But after watching him go on sexy murder sprees with his Nazi girlfriend, seeing him posed as a hero once again was horrifying. That’s without even getting into how quickly he bought into Stormfront’s dream for an Aryan army. But Homelander’s actions aren’t even the real horror here; it’s how easy it is for them to be forgiven. We’ve heard the crowing calls of “cancel culture ruins lives,” yet men often bounce back from the most terrible actions and allegations without any ramifications. Homelander fits that bill perfectly. Despite the fact that the events of this season have made him more unstable and dangerous than ever, Homelander is welcomed back as a hero.

TV is meant to be an escape, but it can also be a mirror. It’s to The Boys credit that out of everything in its wild comic book world, the absolute worst and most haunting aspects of the series all reflect the state of the US in 2020.

Correction: A previous version of this piece wrongly attributed the allegations against Adam Donaghey to Dallas Sonnier. We apologize for this mistake.