7 Questions We Have After THE BOYS Season 2 Finale - Nerdist

7 Questions We Have After THE BOYS Season 2 Finale

Spoilers ahead for The Boys season 2 finale

After the meteoric rise and gruesome fall of the ageless Nazi known as Stormfront, Vought pulled the “one bad apple” card and denounced her violent past. (This despite Nazi experimentation and the quest for a “White Nation” being the foundations the company was built on.) For a moment there, it did seem like The Boys might get a semblance of a happy ending. But then, of course, there came that killer twist. That added to the already towering pile of questions that the finale left us with.

Who Killed the Leader of the Church of the Collective? 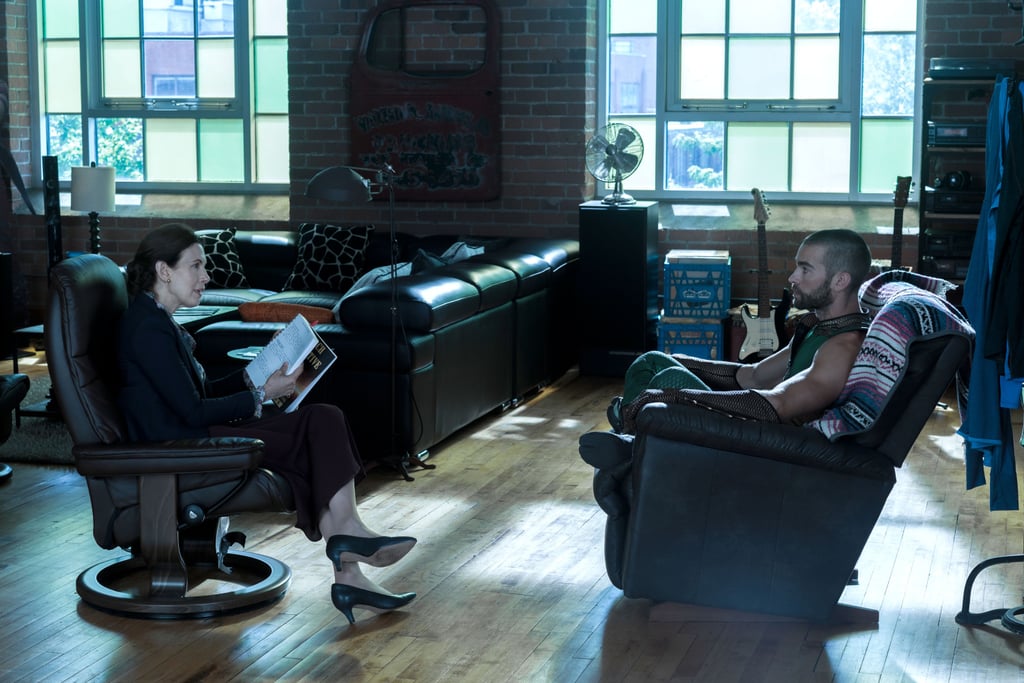 The spate of head-exploding assassinations has been a huge mystery this season. Vought seems to be blaming Stormfront, and we were too for a while. But in the final moments of the season finale, it turned out that the perpetrator behind the gruesome David Cronenberg-style deaths was actually Congresswoman Veronica Neuman. Or was it?

So far, Neuman has been one of the few moral compasses of the show. But the finale upends that, revealing her to be a Church of the Collective plant. Of course, she then kills the church’s leader. But was it really her? After she kills the leader, we see her face. Her left eye seems to be grey and misted up. This is the same eye that Stormfront lost during her fight with Beckah. Could it be that Stormfront is actually a shapeshifter and she’s taken on the form of the political firebrand?

Will Billy Have to Save Ryan from the CIA and Vought? 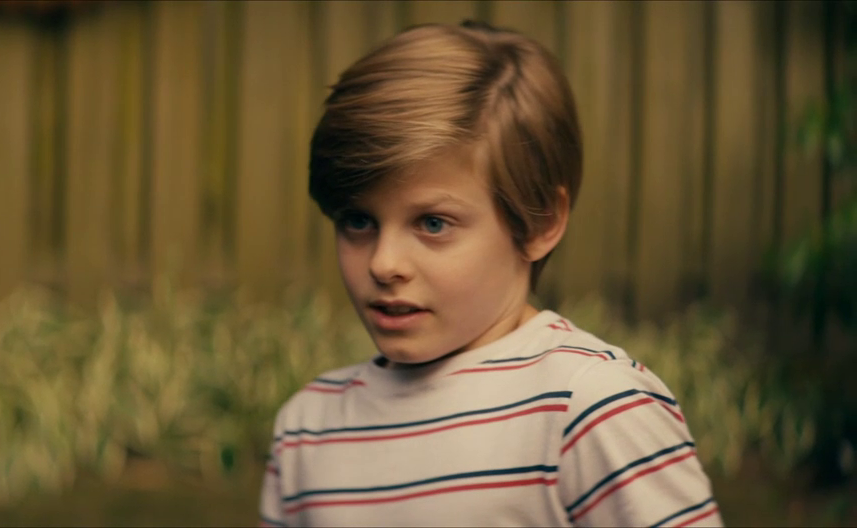 In the comics, Billy kills Becca’s son. In the show, on the other hand, Billy couldn’t do it. But he also couldn’t face keeping the kid and raising him himself. Instead, he handed Ryan over to Grace, the CIA agent who lost her own children at the hands of Lamplighter. If the past two seasons have taught us anything though, it’s that the CIA and government in general are useless and corrupt. Now that we know Victoria Neuman is either evil or compromised, it’s likely that Billy might have to keep his promise to Becca in a far more literal way by saving her son from the powers that be.

Will We Learn More About Vought’s Nazi Past? 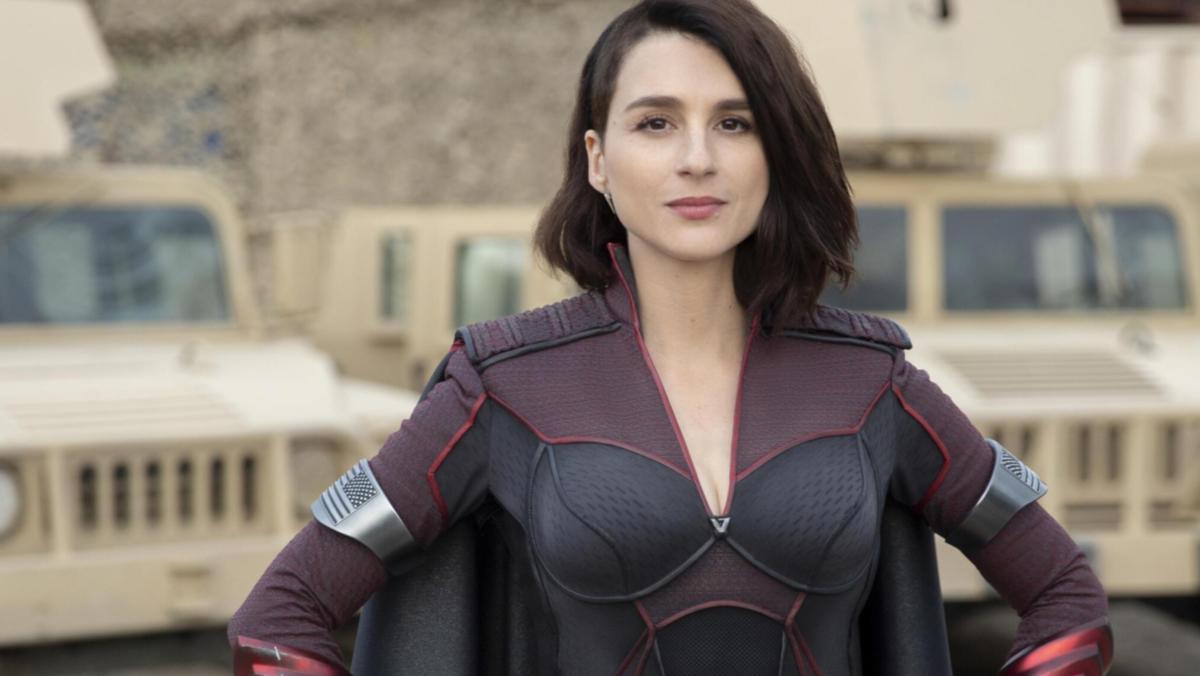 Seeing as Stormfront was a certified Nazi and the wife of Frederick Vought, it’s clear that Vought is a company built on Nazi experiments. But we didn’t really get to know much more than what she told Homelander and what we saw in her file. It would be great to see Vought truly held accountable next season. We’re hoping this comes to pass, as The Boys isn’t afraid of diving into the darkest parts of American history and holding up a light to all the companies, corporations, and government agencies that were built on or welcomed Nazism.

What Heroes Will We See Next Season? 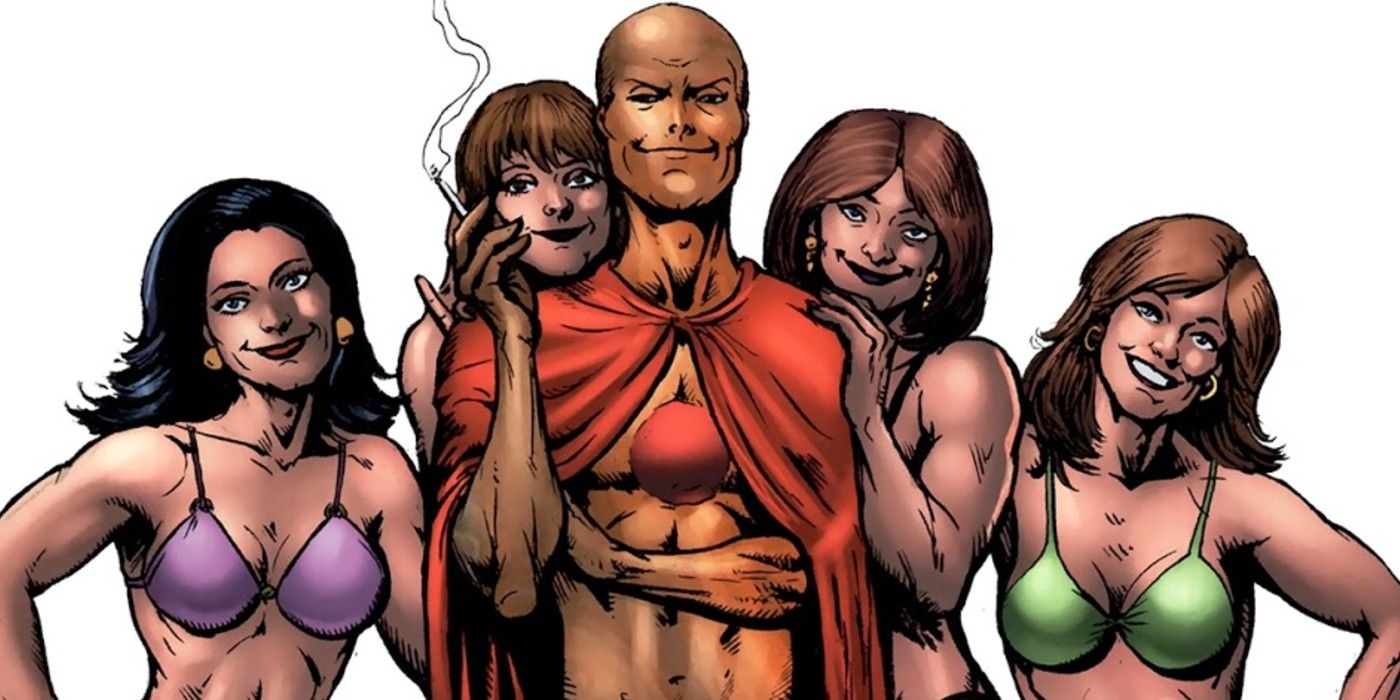 The biggest new addition to this season was the gender-bent Nazi nightmare Stormfront. But as we head into season two there’s plenty of space for new heroes and villains, especially as there are some spots open in The Seven. If we look at the comics, there are some key figures that seem like solid options. So far, The Boys has stayed pretty grounded and close to Earth. But Jack from Jupiter—a play on cosmic characters like Captain Marvel—could change that. He’s a secondary antagonist in the comics but he does have a key connection to Billy and his dog Terror. Now that we’ve seen the British Bulldog, maybe we’ll see Jack too. The Boys seems to enjoy ragging on Marvel and Disney so it seems like they also might bring in the satirical Stan Lee figure known as the Legend… but maybe it’s too soon for that particular joke.

Will Maeve and Elena Get Back Together? 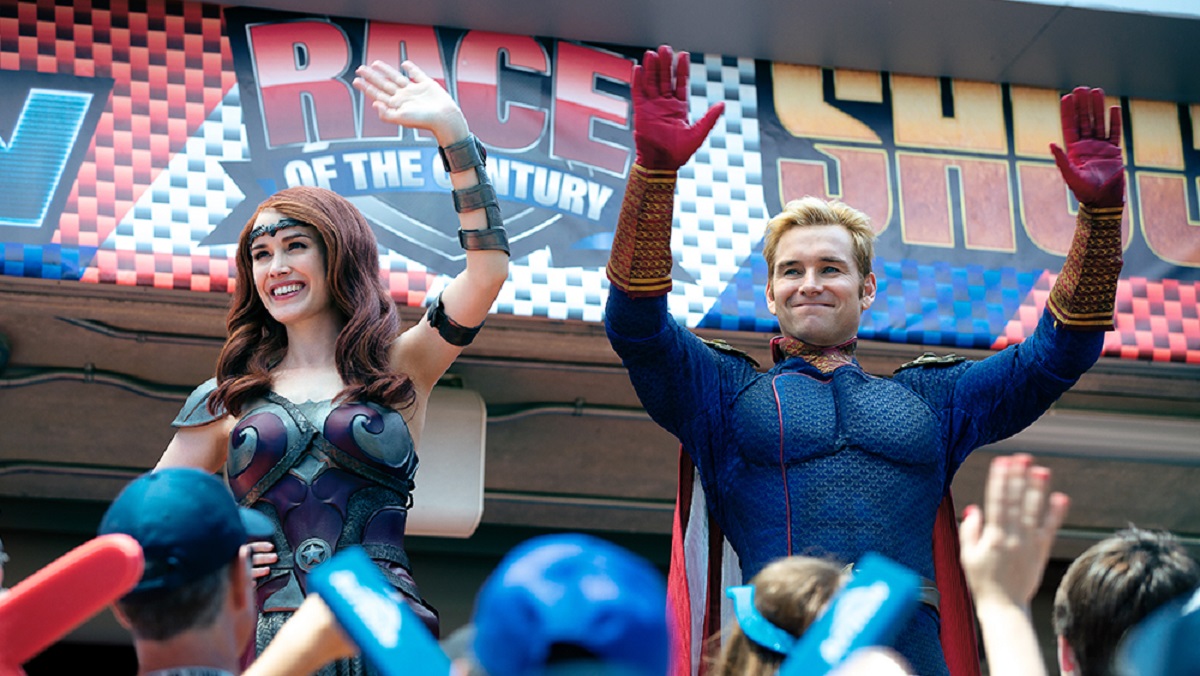 Though it might not be the most burning of questions, this is one we care about. Maeve’s relationship with Elena is the one thing that keeps her human. It’s been a core part of the second season as she aimed to protect the woman she loved from Homelander. Another threat was the maniacal pride-hungry PR of Vought, who sought to sell the pair as a rainbow-hued power couple. Ironically, it was Maeve’s own actions (or lack thereof) that ultimately drove Elena away. The video of Homelander and her girlfriend leaving hundreds to die on a passenger plane was too much to take. That led Maeve to finally face up to her own complicity, and to later save Starlight and battle Stormfront. Now that she’s started to live up to her heroic mantle, perhaps we could see her and Elena reconcile.

What Will Billy the Butcher Do Next? 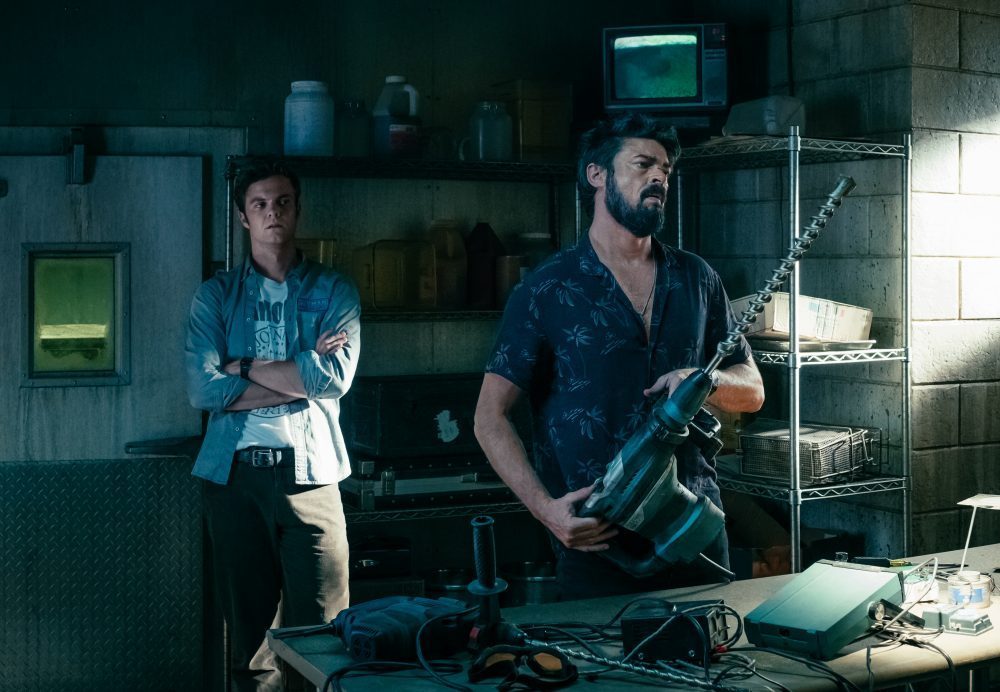 It’s the big question for season three. Will Billy take up Grace’s offer to be a part of her new CIA-approved black ops anti-supe group? It would technically be a step back towards the past he and The Boys once shared. But with Mother’s Milk and Frenchie living their own lives, it seems like it might be a past he has to revisit alone. Of course, Karl Urban is the heart of the show and we’ll see him back in business if and when the show returns. The only questions are: Who will his next target be? And will he be rogue or finally working within the confines of government?

Are Maeve and Starlight Really Safe? 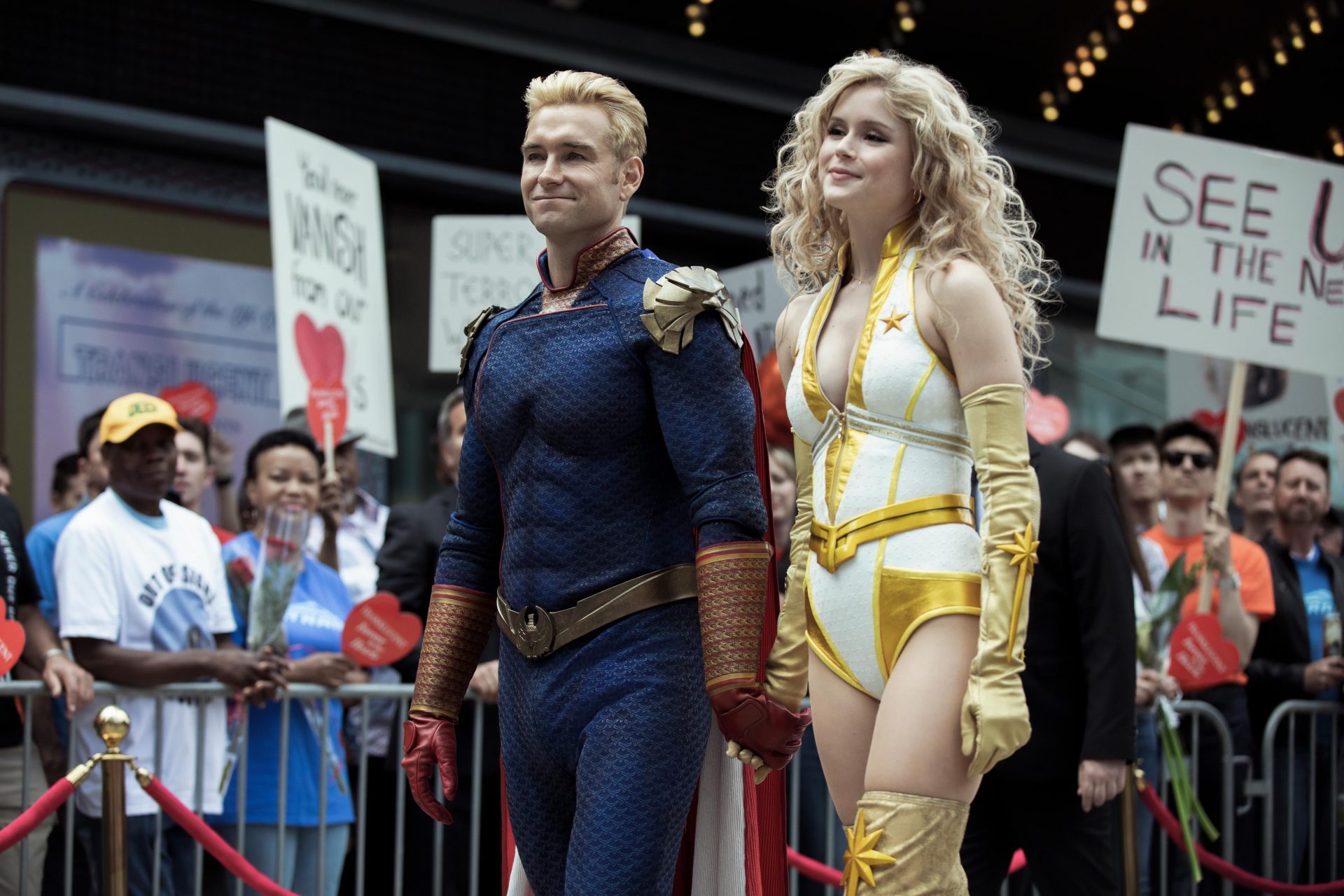 With Homelander under Maeve’s thumb thanks to the brutal blackmail video, the he seems to be held at bay. But how long can that really last? He’s lost everything that means anything to him. His son is gone. The white supremacist woman he loves is apparently imprisoned by the corporation that owns him. Worst of all for the misogynist poster boy, he was taken down by two women who hate him. Basically, Vought’s blue-eyed boy is angry, and Maeve and Starlight will likely be atop his list when he finally snaps. Hopefully, the two women will be able to keep him under control. His obsession with being loved by the public might help them. But in the long term that seems like an unstable thing to rely on.

You can watch The Boys season one and two on Amazon Prime Video now.