In a scene straight out of Jumanji, rival gangs of macaques poured into the streets of the Lopburi province in Thailand recently, and had a major, screeching stand-off over a single cup of yogurt. Unfortunately, the stand-off over such a small amount of sustenance was, reportedly, due to an implosion in the amount of food available to the monkeys from international tourists, who are being kept away by COVID-19 fears and quarantines.

Sasaluk Rattanachai’s video, which was posted to YouTube by The Guardian.

Sasaluk Rattanachai, a 28-year-old industrial paint salesperson living in Lopburi, recorded the video. He shared footage of the stand-off and posted it to Facebook earlier this month. The Daily Mail picked up on the story, and in the clip above, we get a glimpse of what it looks like when dozens upon dozens of macaques are ready to go to toe to toe over scarce resources—a scene that is, very sadly, something that feels familiar to what we’ve seen play out among people at this point in the COVID-19 outbreak.

Multiple Lopburi residents, including Rattanachai and others, spoke with Khaosod English and gave their impression of what’s happening. “It’s the summer so usually we see a lot of tourists, but now because of the [COVID-19] outbreak there’s so few that the markets are very quiet. Not enough tourists come to leave food for the monkeys at Prang Sam Yod,” Rattanachai told Khaosod. Prang Sam Yod is a Buddhist temple-remnants site and tourist destination in Lopburi.

A motorcycle taxi driver, Byo Um-in, spoke to Khaosod. He said, “I haven’t seen a fight like this for many years that I can’t [sic] remember. Normally, the fights involve five to ten monkeys.” According to Live Science, the battle was between macaques coming in from Prang Sam Yod and those belonging to “the town’s local population.”

Fortunately, it seems local residents were able to quell the stand-off. They offered food before any deaths between the rival gangs occurred. But it’s easy to imagine more struggle ahead, considering the continued, sharp drop in tourism Thailand is expecting to see this year. 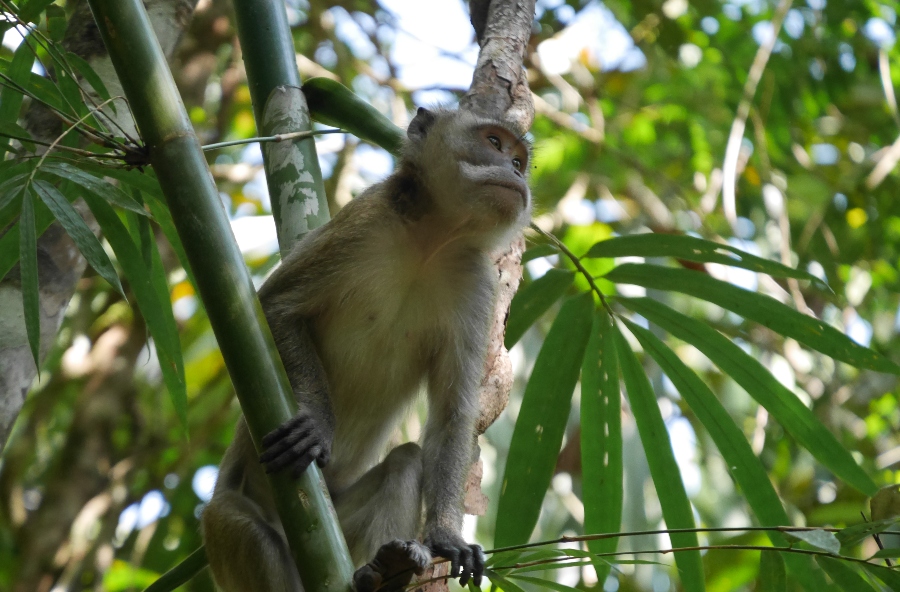 A macaque in the wild in Thailand. Conor McDermottroe

And though it hasn’t led to any street fights yet, Japan’s seeing the same issue. The Nara deer there are wandering out of the park they call home in herds. Normally fed rice crackers by tourists, the deer are looking for snacks.