People all around the world are concerned—or, unfortunately, downright panicked—over the spread of COVID-19. But life still goes on, as does Last Week Tonight with John Oliver. And in his latest episode, filmed without a studio audience, or even in the show’s normal studio, Oliver talks about which authorities he thinks people can trust (TikTok hamsters) and which they can’t (the sitting U.S. President) during this outbreak of disease.

Oliver, who originally broke down his point of view on COVID-19 in a March 2 episode, followed up on Sunday with a part II episode that was filmed in an undisclosed studio that he says could’ve been used as a Kars for Kids commercial. The studio switch was due, Oliver says, to the fact that his normal studio is located in a building that has been the site of multiple, confirmed COVID-19 cases.

The meat of Oliver’s segment was dedicated to deciphering who he believes are the best authorities to listen to during this trying time, and who should be ignored. Specifically, in his joking-yet-not-joking-yet-maybe-joking way, Oliver said that people should definitely heed the advice of @hamstarz on TikTok, which put together the little music video below based on advice from the Centers for Disease Control (CDC).

@hamstarzHe is doing all he can to stop the spread of Corona…..are you?? (Tips from CDC) ?? ##hamster ##corona ##cdc♬ Its Corona time – playboierik21

Oliver also said that people should go straight to credible sources for guidance on how to handle the COVID-19 outbreak, including, along with the CDC and @hamstarz on TikTok, Anthony Fauci, an immunologist on the White House Coronavirus Task Force who’s been referred to as “the nation’s leading expert on infectious diseases.” Below, Fauci gives an overview of the outbreak as of March 15:

The biggest task ahead of us now, according to Oliver, as well as many, many experts (including Fauci), is to “flatten the curve” of COVID-19’s spread. I.e., take an expected spike in COVID-19 cases and spread them out over an extended period of time, so as to allow for the U.S. health care system to better withstand the inundation of infected patients. To achieve this flattening of the curve, Fauci, as well as many other sources, are encouraging people to practice “social distancing” and, of course, wash their hands very frequently, and for at least this amount of time. 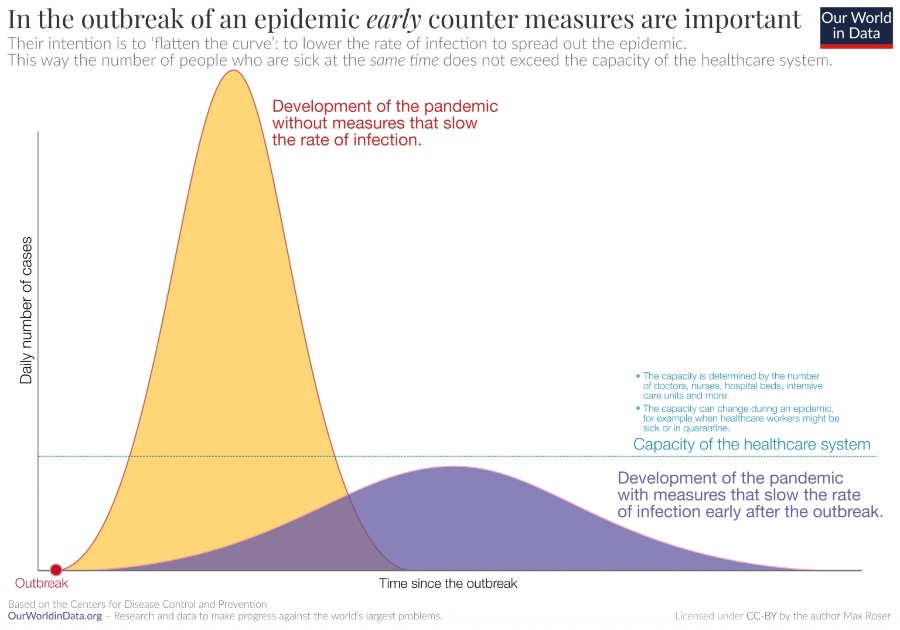 Max Roser. Made with data collected from the CDC.

What do you think about this latest COVID-19 episode of Last Week Tonight? Do you agree with Oliver that we should ignore the U.S. President? Do you wish you’d see cute little hamsters in more COVID-19 public service announcements?! Let us know your thoughts in the comments!