Since its release in 1984, Tetris has delighted players with the ingenious simplicity of its gameplay: make a row out of falling, variously shaped tiles and bang, you have some points. But while Tetris gameplay is timeless, there are ways to make it… extremely annoying. As game developer “henriforshort” shows ever so clearly with his own Terrible Tetris games. And yes, they will make your skin crawl.

what if the FLOOR was LAVA? #TerribleTetrisTuesday

Polygon reported on henriforshort’s annoying versions of Tetris, which he refers to as Tetrible. The developer has been working on his frustratingly weird Tetris iterations for some time as a part of “Terrible Tetris Tuesdays” on Twitter; a hashtag that henriforshort started on the social media platform months ago. 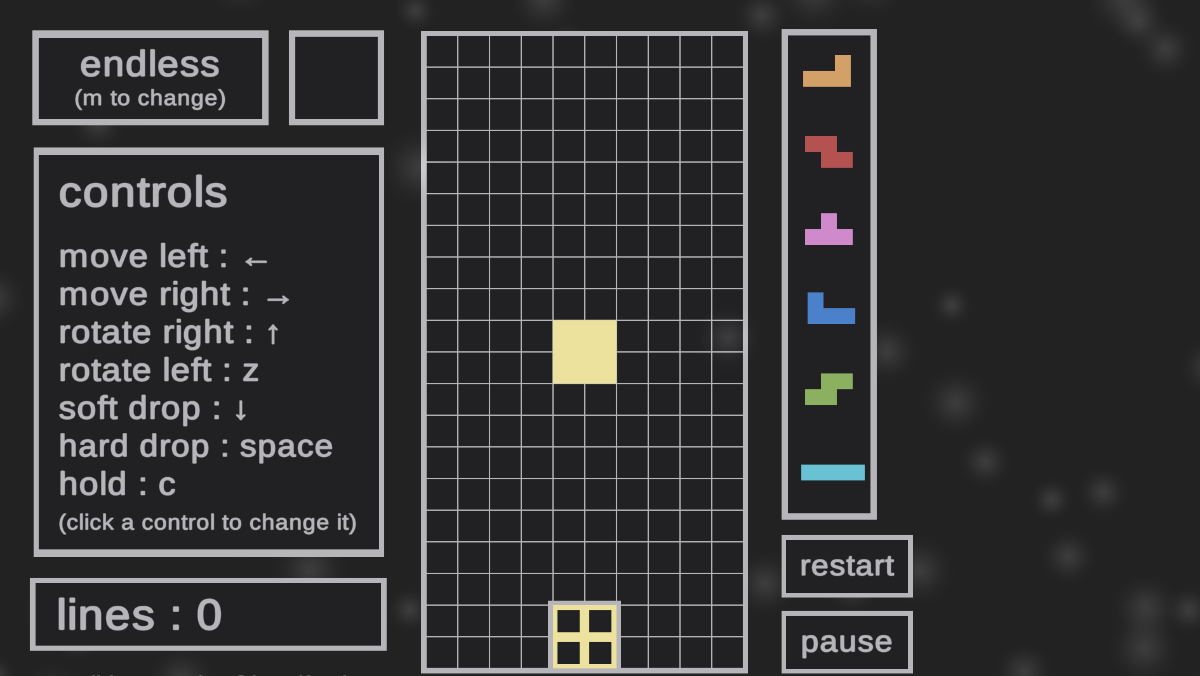 On every Tuesday since April the developer’s been dropping a new, irritating version of Tetris. The versions that have appeared on Twitter so far include everything from Tetris where the floor is lava to Tetris where every piece is just a little too long. Sort of like a Judd Apatow movie. But with less pot smoking and more concealing the urge to scream.

letter tetrible : what if the pieces looked a little bit more like actual letters? pic.twitter.com/1S36uaPQ4q

It’s hard to pick the most annoying game from the bunch, but the one featuring a “slippery” play field looks horrible. And the one with pieces that look like letters makes us want to cry a little. Although each one is painful to watch in its own special way.

what if the walls were sticky? #TerribleTetrisTuesday

Speaking of which, it seems that, for now, it’s only possible to watch most Tetrible versions rather than play them. You can still play three different versions here, however; including a classic version of the game, as well as a “zero gravity” version and “endless” version. Fair warning, however: Even those two variations may drive you bananas. Or, perhaps worse for those with an insatiable appetite for retro gaming, put you in the mood for a Tetris bender.