We all know our digital world has made us far too dependent on smartphones, computers, and other devices. But it’s hard to break away from them when we rely on them so much, right? Maybe not. One dedicated, innovative father has shown you don’t even need a screen to play a classic video game. He makes his daughter homemade, low-cost games out of cardboard. Including an analog version of Tetris.

And if you don’t need a screen to play Tetris, you probably don’t need it for a lot of other things.

Twitter is falling in love with this video (which we first came across at Boing Boing) that shows a young girl playing a cardboard version of Tetris that looks way more fun than it might sound. Her dad drops the game’s classic shapes into a hole in the top. She then takes them from the opening in the bottom and finds a place to fit them into on the board.

The goal does not seem to be about clearing levels like in the video game version we all know. Instead it seems to be about trying to fill the entire board. It’s simple, yet captivating. It’s also challenging for a youngster. Put a timer nearby and this would be also the most exciting few minutes at any adult board game night.

This isn’t the only DIY game this father from China’s Henan province has made. It’s just one of many he’s designed as part of his effort to prevent her from looking at screens too often.

He says they have helped her concentration, and that she has even started giving him ideas for new games. As if all of that isn’t cool enough, his efforts have promoted spending more time together as a family. 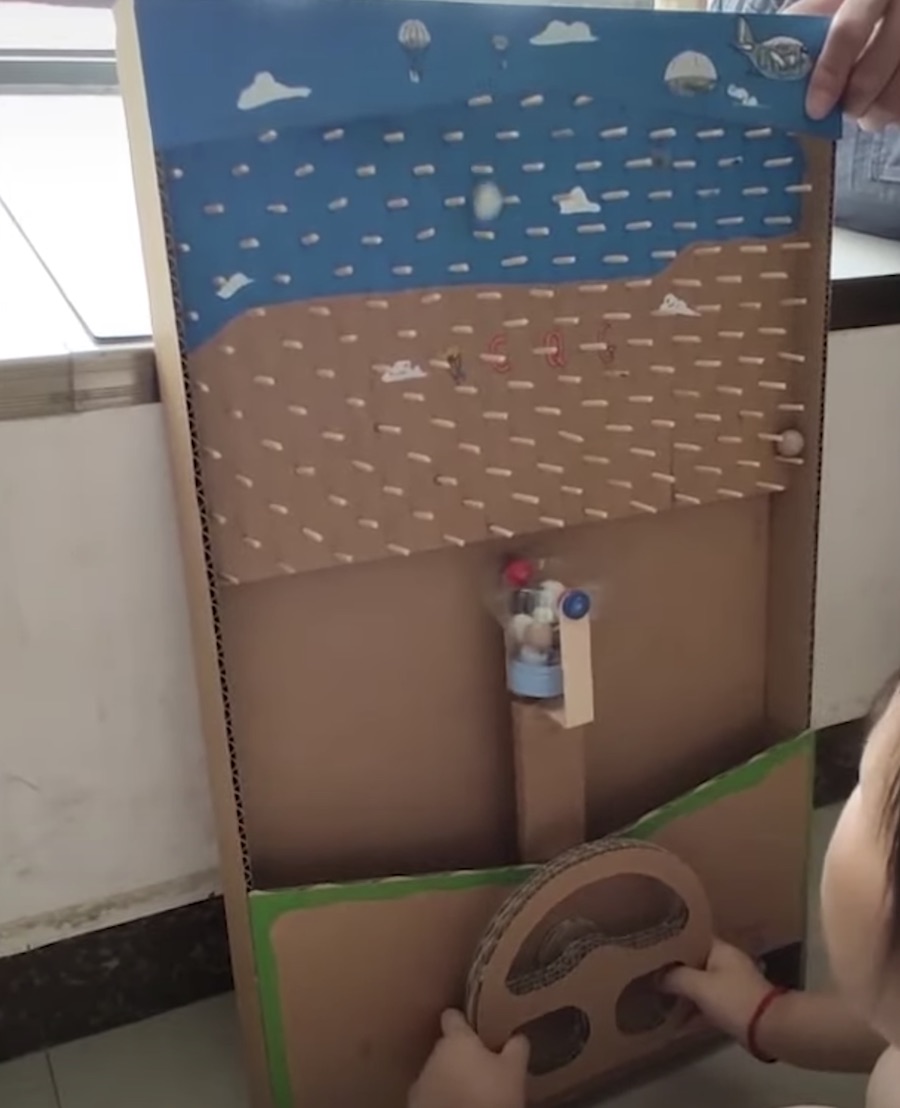 We love everything about this, but we do have one question: can he make some for us, too? We spend way too much time looking at screens.