Amazon Prime has been killin’ it with their original sci-fi and fantasy series lately, producing gems like The Expanse and The Boys. Now, they are unveiling a new sci-fi series that looks unlike anything else out there. Tales from the Loop comes to Amazon Prime this spring, from the minds of executive producers Matt Reeves (Dawn of the Planet of the Apes, The Batman) and Nathaniel Halpern. Halpern also wrote all eight episodes of the first season.

The series is actually based on an alternate history science fiction tabletop role-playing game from 2017, designed by Nils Hintze. It is also heavily based on the acclaimed art of Swedish illustrator Simon Stålenhag. The first trailer for the series has just dropped, and you can check it out down below:

The series will have its world premiere at SXSW on March 16, a few weeks before its April 3 release on Amazon. The streaming service has also released some beautiful key art from the upcoming series, from Simon Stålenhag. In addition to the images below, you can see a metric ton of Stålenhag’s art, much of which inspired Tales from the Loop, by heading over to his official site. 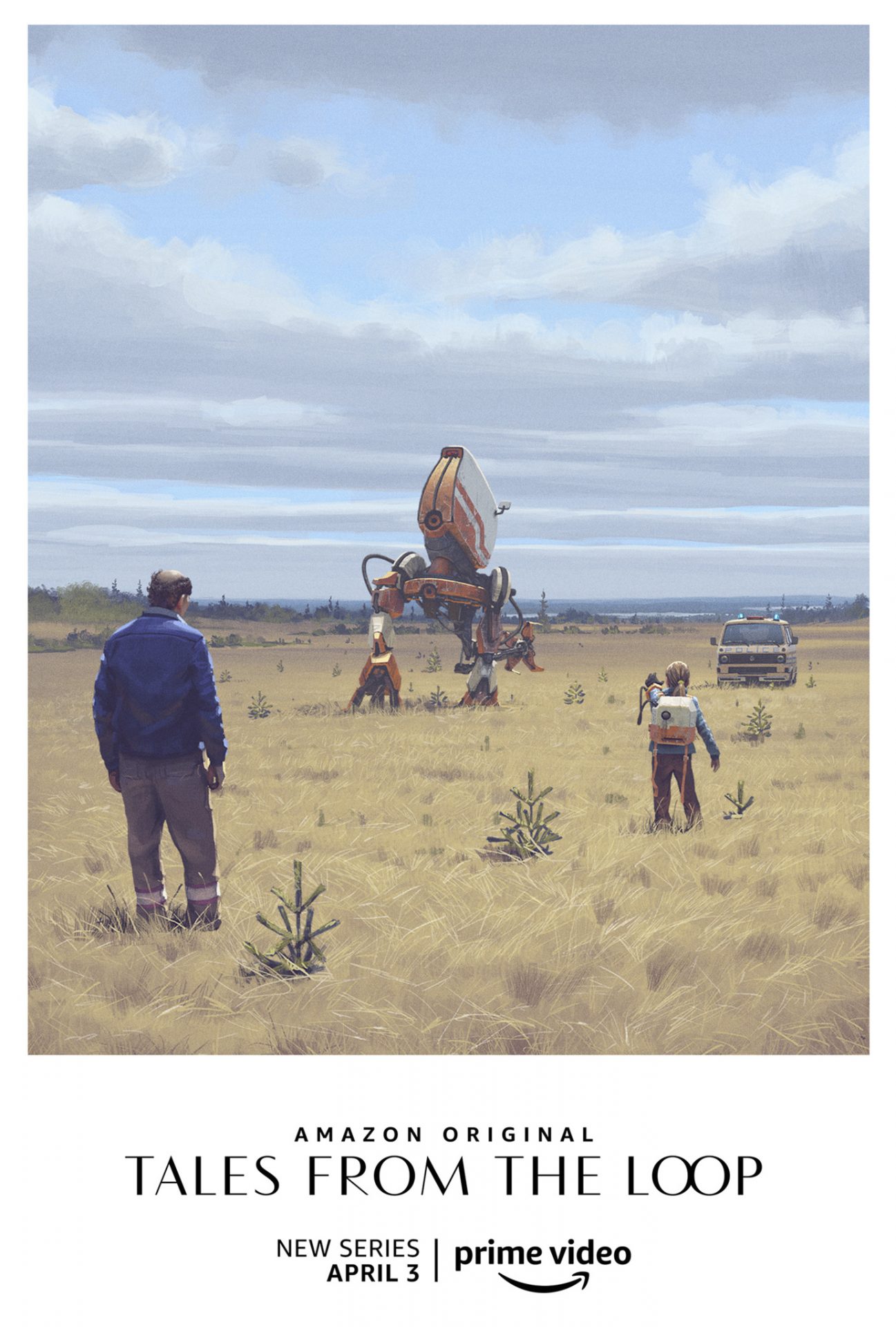 According to the official description, Tales from the Loop “explores the town and people who live above ‘The Loop,’ a machine built to unlock and explore the mysteries of the universe—making things possible that were previously relegated only to science fiction. In this fantastical mysterious town, poignant human tales are told that bare universal emotional experiences, while drawing on the intrigue of genre storytelling.” 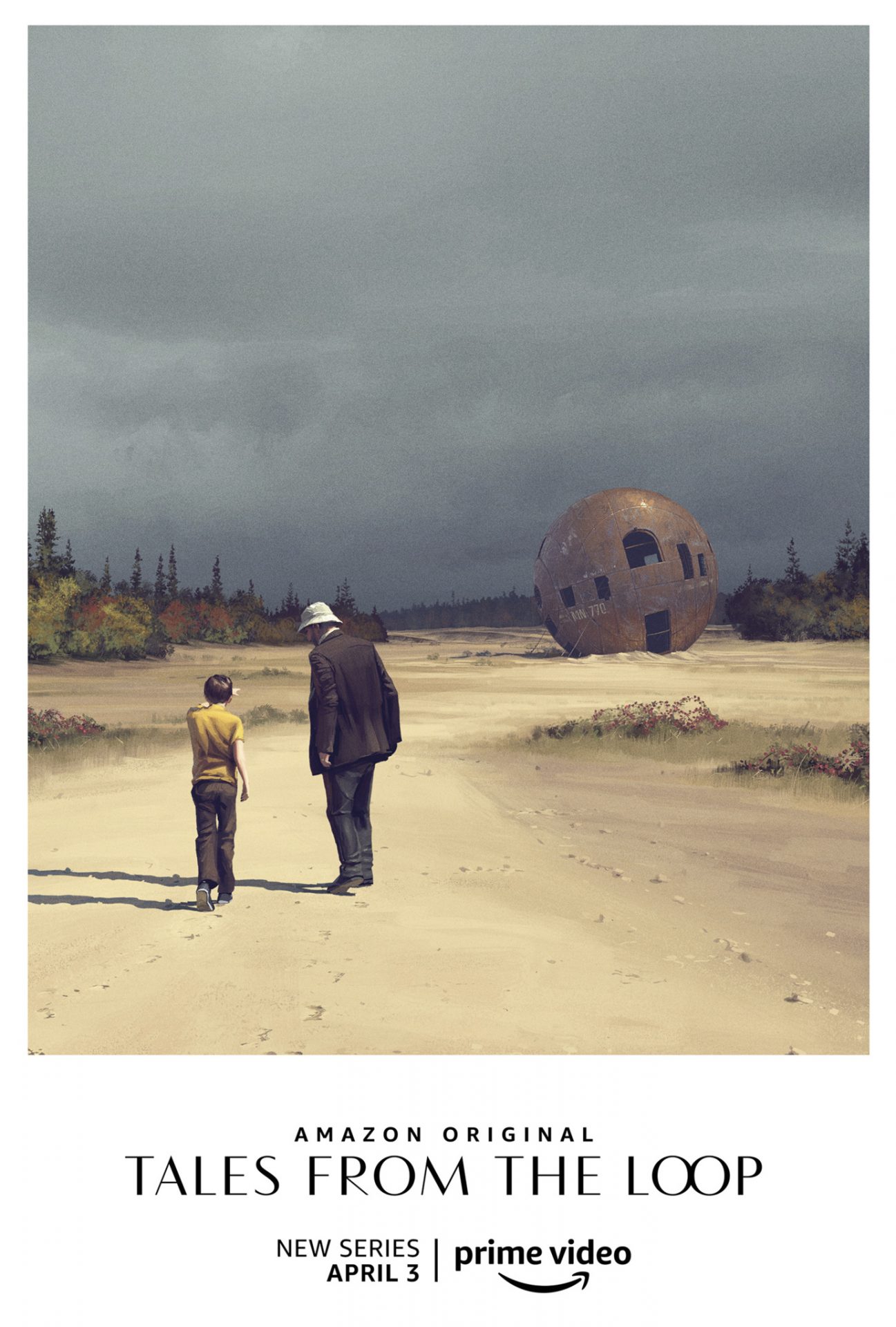 From all indications, Tales from the Loop is looking to be a more hopeful kind of sci-fi story, which is a nice contrast to the constant dystopian science fiction we’ve been getting over the past several years in both movies and television. Even the once perennially optimistic Star Trek has largely gone down that route lately. The trailer shows us people who appear to have some kind of telekinetic abilities, reversed gravity shenanigans, and even some giant robots. All the other stuff is cool and everything, but honestly you had our attention simply at “giant robots.” And although I can’t say for certain, I think this might be the first narrative series based on a table top roleplaying game. Or at least, the first one with a budget of this size. 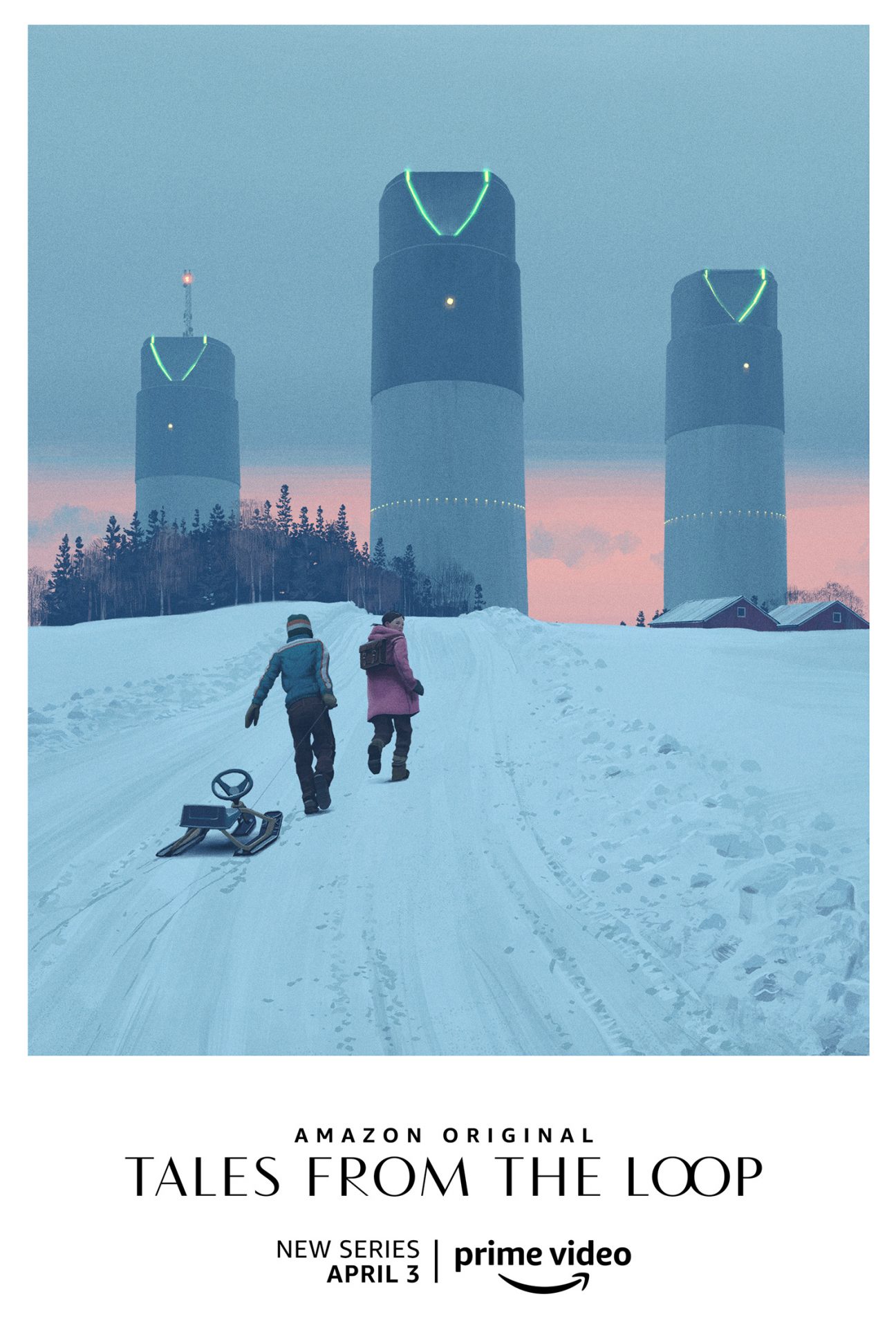 The series will feature several familiar names in the cast, like Rebecca Hall (Vicky Cristina Barcelona, The Town), Paul Schneider (Parks and Recreation), Daniel Zolghadri (Eighth Grade), Duncan Joiner (Waco) and recent Academy Award nominee Jonathan Pryce (The Two Popes, Game of Thrones). The first episode will be directed by Mark Romanek, who has directed feature films like One Hour Photo and Never Let Me Go. But he is a name this is likely far more famous for having directed an incredible amount of iconic music videos for several of the music industry’s most successful artists.

Tales From the Loop will premiere April 3 on Amazon Prime Video worldwide.