Truth at Last: We Finally Know What Happens When You Swallow Gum - Nerdist

Truth at Last: We Finally Know What Happens When You Swallow Gum

I was like most kids growing up: deathly afraid of accidentally swallowing my gum. “It’ll stay in your stomach for seven years!” Every child knew that. And it sounded horrible. To a youngster, seven years is like eleventy billion years. Obviously nothing should be in your stomach that long. But was there any truth behind that dire warning? Did gum actually reside inside you for that long? The Institute of Human Anatomy set out to answer that question in its latest video. The good news is you don’t have to worry about that old wives’ tale. You just have to worry about something much worse.

Warning: you might need a strong stomach to handle this in-depth look at your insides.

Gum, with its myriad of mysteries about what goes into “gum base,” won’t get stuck in your tummy. But as this video (which we first came across at Boing Boing) explains, that has nothing to do with stomach acid and other enzymes that typically break down food. Gum is impervious to them. It simply moves out of there, though, because our stomachs are adept in keeping the digestion train moving.

The chewy treat will also survive its journey through your small and large intestines. The other organs that contribute juices and bile to break down food are no match for the sticky stuff either. Relax, that’s not unusual. Like many foods we intentionally eat, gum is indigestible. Our bodies can’t process it. Eventually, though, gum will work its way through your entire alimentary canal. Finally ending up as part of your stool in two to three days. 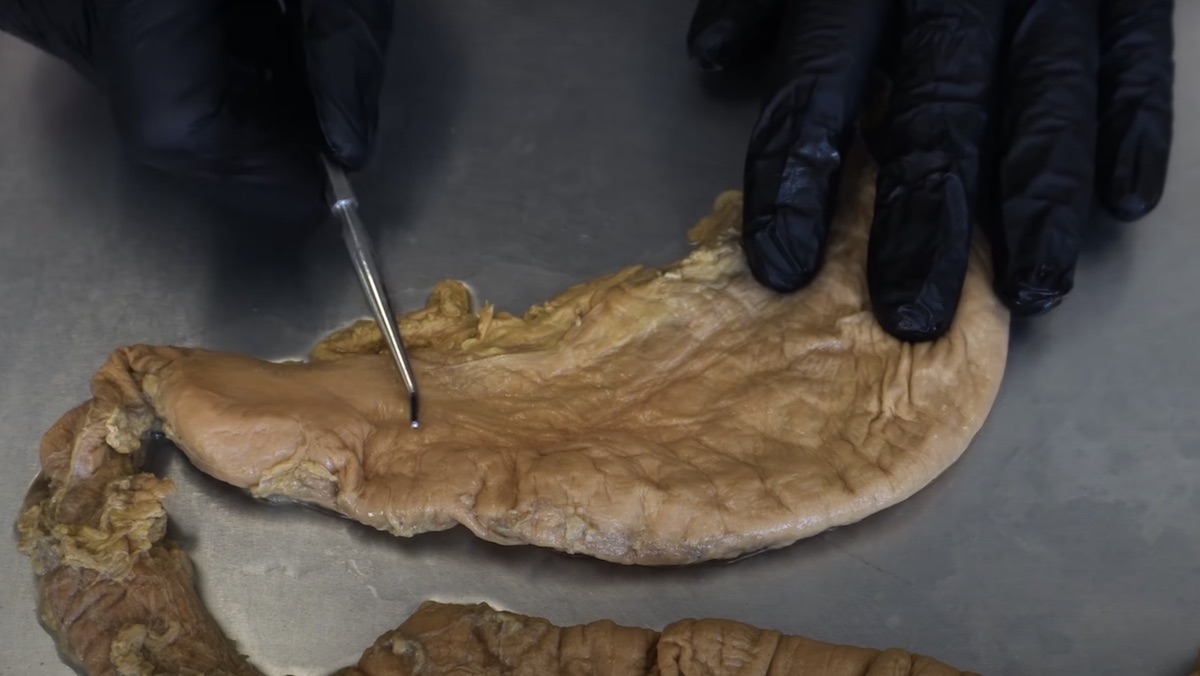 So long as you’re only swallowing gum occasionally, you should be fine. Our bodies can handle a piece or two here or there. But send too much into your gut at once and you could end up with a gum bezoar. Which looks like something you’d produce if you accidentally swallowed an alien.

Lying to kids isn’t great. Lying to them to frighten them is even worse. But telling them a little white lie about an imaginary seven-year danger of swallowing gum is better than telling them the truth about bezoar.