A New Invention Could Get Rid of Your Hiccups - Nerdist

A New Invention Could Get Rid of Your Hiccups

I find hiccups infuriating. First, they generally spring up quite suddenly. Then, you can only get rid of them using a laundry list of silly remedies. And the sources for those remedies range from the internet to a vague recollection of something your third grade teacher swore by. Not to mention there’s something so odd about turning to holding your breath for several seconds. Or begging someone to pull off a spectacular jump scare to rid yourself of strange happenings in the human body. It all feels like a crapshoot anyway, and not a particularly scientific one at that. But one doctor is looking to change all that. 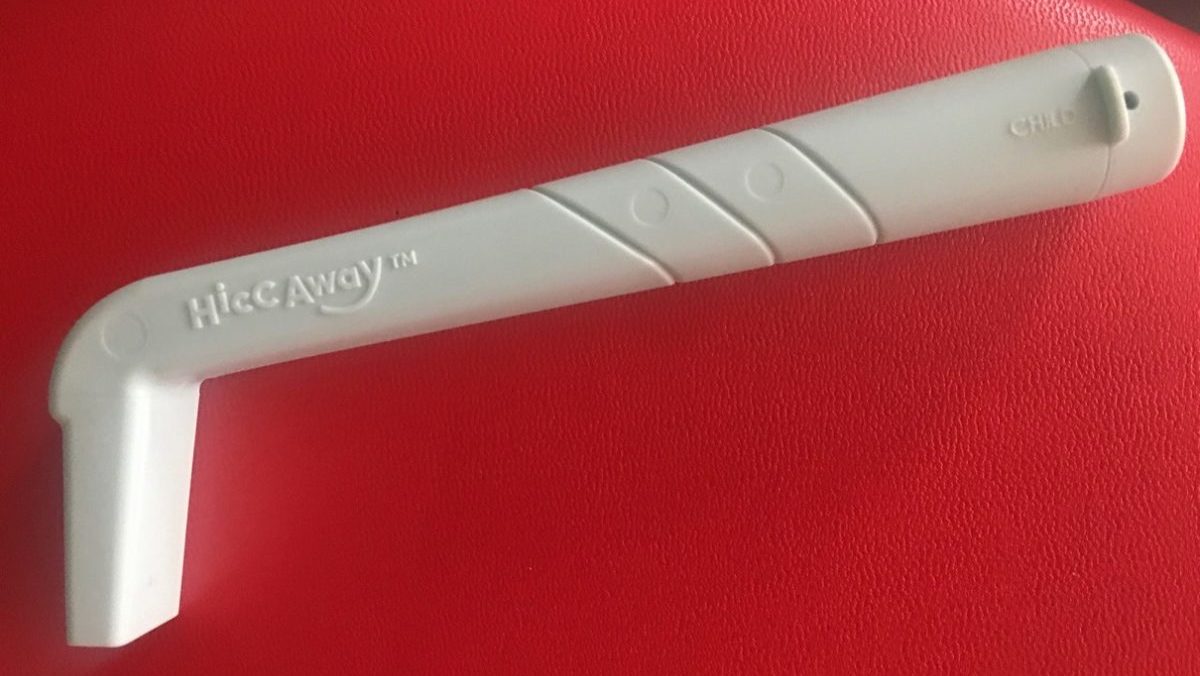 UT Health San Antonio physician Ali Seifi has developed the HiccAway, a small, straw-like contraption that quells the hiccups by triggering and stimulating the affected nerves. Using it is actually quite simple. Submerge the end of the straw with two little pinholes into a glass of water while you drink from the other end.

However, as this is not just any straw, it takes a lot of effort to sip the water. The forced suction pulls the diaphragm down, activating the phrenic nerve. The sensation of sipping water forces the brain to close the epiglottis, the bit of cartilage at the base of the tongue that closes when you swallow. This, in turn, triggers the vagus nerve, which is responsible for relaying messages between the digestive tract and the brain. In short, this powerful little straw activates the pair of nerves affected by hiccups at the same time effectively tricking the brain into relieving the afflicted of their hiccups. What a powerful little brain con!

According to  Smithsonian magazine, where we first saw this story, Seifi initially funded the project through Kickstarter. And invited his backers, who received a HiccAway, to participate in a study to test efficacy, with 290 participating. Ninety-two percent of the respondents reported that the little contraption cured their hiccups. While that’s not a clinical trial (which the HiccAway is currently undergoing), the results sound pretty promising.

The HiccAway is available now for $14.