“My name is Barry Allen, and I’m the fastest man alive” – and now he’s got a new honorary playlist put together by us here at Geek & Sundry. This week’s Superhero Playlist is dedicated to our favorite speedster and everyone’s new favorite TV hero, The Flash. We put together a list of songs from throughout the ages that perfectly fit with Barry Allen’s story and the loveable powers that go with it. Sit right back, put on those headphones, and enjoy this speedy playlist. 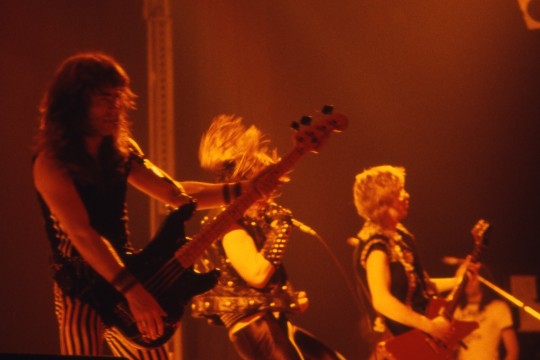 Let’s get this list started with a bang. Nothing gets your blood pumping faster than a little classic metal, and this Iron Maiden song is no exception. “Run to the hills, run for your life!” While the subject matter might not pertain to The Flash, you can’t deny that the chorus is a perfect fit. Keep on running, Barry! 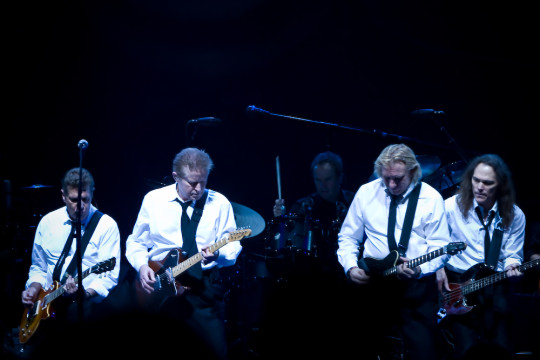 “He was a hard-headed man.” Barry doesn’t always make the wisest decisions on the battlefield, but you can rest assured that he’s hard-headed and won’t back down from a fight. Throw in the chorus line, “Life in the fast lane, surely make you lose your mind,” and you’ve got a great song to play as The Flash runs through Central City. 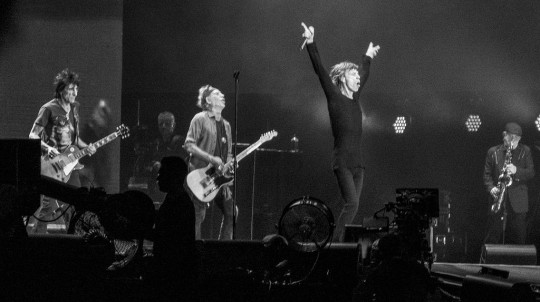 “I was born in a cross-fire hurricane.” Not exact, but close. Technically, it was more like a freak lightning storm caused by a malfunction in the particle accelerator, but we’ll let The Rolling Stones have some liberty with the lyrics there. This is a great song for our The Flash playlist, since it not only has the word “flash” in the title, but also highlights the spirit of perseverance and staying in the fight. We all know that Barry Allen would never give up. 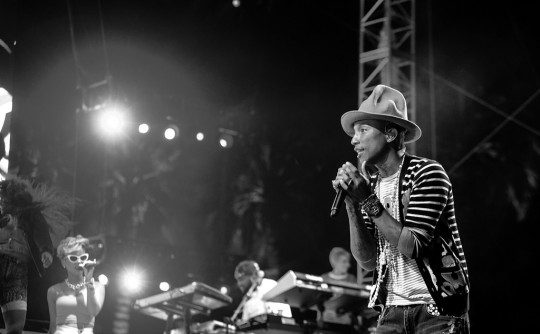 Let us explain this one. Sure, it’s an earworm that some of us might want to forget, but it’s perfect for our playlist. Why? Because when The Flash is running through Central City, saving the day, what do us everyday citizens see? A lightning strike? A streak? More like a couple of blurred lines, if you ask us. Enough reason for this song to make our list, in our opinion. 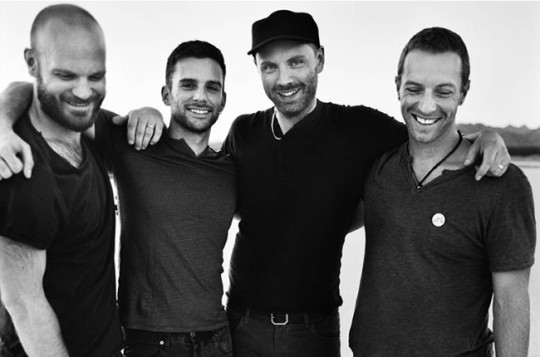 “All that noise, and all that sound. All those places that I have found.” The lyrics from Coldplay’s “Speed of Sound” perfectly summarize what life might be like for Barry as he continues to discover his new talents. Speed wasn’t always his gift, so the discovery and the complexity of it all pushes him to become a better, faster, stronger Flash. 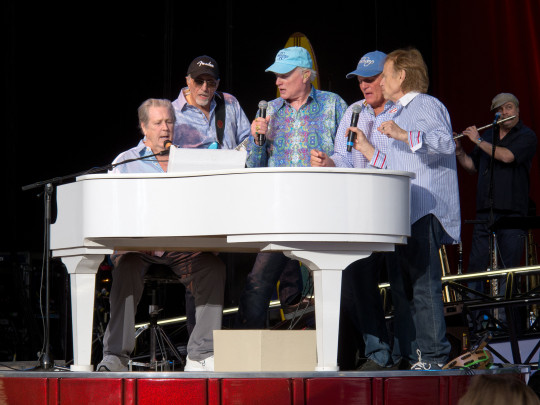 A brick wall isn’t a problem when you’re The Flash. You can just “phase” or vibrate your molecules through it. If you want to disguise your appearance or voice, vibration comes in handy again. It’s one of The Flash’s more overlooked powers, but also one of his handiest tools when making a getaway. “I’m picking up good vibrations.” 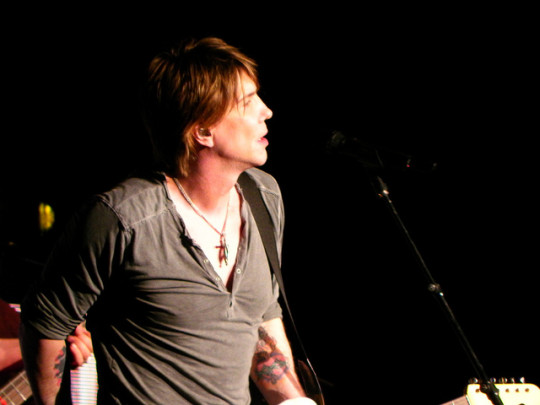 “And I don’t want the world to see me, ‘cause I don’t think that they’d understand.” We wanted to pay tribute to Barry’s one true love, and the woman who he longs to be with, despite the challenges that may lay in his way. Iris West is the girl who Barry grew up with, fell in love with, and vows to protect when he’s The Flash. When superhero duties get in the way, trying to maintain a relationship can get pretty difficult. Barry really needs to savor every moment with Iris, because Captain Cold or Gorilla Grodd could be stirring up trouble at any moment. “You’re the closest to heaven that I’ll ever be, and I don’t wanna go home right now.” 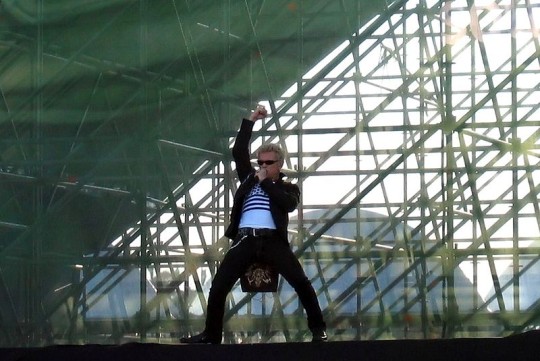 Judging from the title, you shouldn’t be surprised as to why this song would make our playlist. If the title alone wasn’t enough reason, let’s take a look at the lyrics. “Give me what I need. Yeah, white lightning! Let’s speed.” It’s in The Flash’s blood. He is lightning. 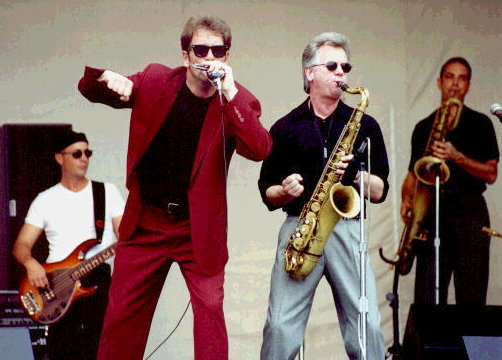 While Marty McFly might have something to say about us stealing his song, this one fits our list. When Barry Allen runs fast enough, he can actually bend the time-space continuum and time travel to another day, year, or era completely. It only makes Barry’s story more challenging and complex, but also exciting. 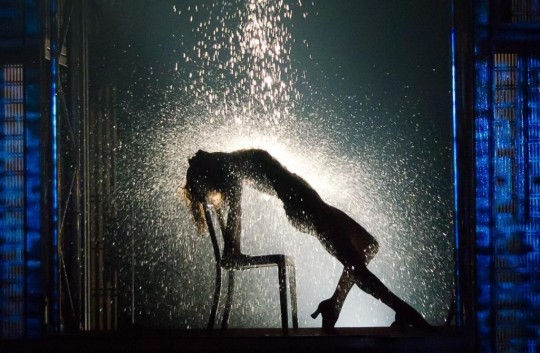 Alright, we’re having a little fun with this last one, but Barry needs to let loose and cut some rug every now and again. Why not bust a move to some “Flashdance?” We love how Barry is still very much a kid at heart. Whether it’s singing karaoke, hanging out with friends, or just enjoying a run around the globe; Barry finds excitement in everything. Here’s hoping we’ll be seeing some more of that lighthearted Barry next season on the CW.

That wraps up our Superhero Playlist for this week. How do you think we did? If you have any song suggestions, or would like to request a superhero for a future addition of Superhero Playlist, let us know in the comments below! Keep on rockin’, and enjoy Comic Con!