Ever since it was announced that Universal Studios Japan would be crafting a new area in the park known as Super Nintendo World—inspired by all of our favorite video games—we’ve been awaiting more news with bated breath. Last night we got a new official teaser for the new theme park in the form of a music video featuring artists Galantis ft. Charli XCX. While it doesn’t show us anything that will actually be in the real park, it made us incredibly happy and if it’s even possible, more excited!

The super fun song mixes in classic themes from Mario as Charli XCX wears a Princess Peach style dress and perches on the top of a castle alongside Mario, singing the official Super Nintendo World theme song about how we were all born to play! Aside from all the gorgeous animation and graphics—which see a group of Nintendo Switch players sucked into the magical world where they run around inside a real life video game—we also learnt a few more interesting details about the park itself.

It looks like Nintendo and Universal are taking hints from Disney and their Galaxy’s Edge park, which has utilized interactive app technology to really make the park come to life. Super Nintendo World will be taking that one step further with an app that connects to an interactive wrist band which will apparently allow you to interact with the park, collect stars, and even compete with other visitors. Bloomberg’s Tokyo based correspondent Kurumi Mori attended a press event about the new technology and park earlier this week and shared some interesting commentary and images from the presentation.

The idea of a “life size living video game” seems almost too good to be true and we love all the different options for the “Power Up Bands.” We’d have to go for Princess Peach, but it’s good to know that all you Mario, Luigi, Yoshi, and Toad lovers out there will be represented, too. Aside from this new information, full details about the park are still scarce, though it seems heavily Mario themed at the moment. We also know that there will definitely be a Mario Kart themed ride—because you literally couldn’t open a Nintendo themed park without one.

Additionally, it has been confirmed that after opening the expansion in Osaka, the new addition will be coming to both Orlando and Hollywood, California, sites of the worldwide theme park. That news will be particularly exciting as theme park fans in California have long been speculating that the ongoing construction on the lower lot was an early start on the Super Nintendo themed area… and who knows, they could be right! 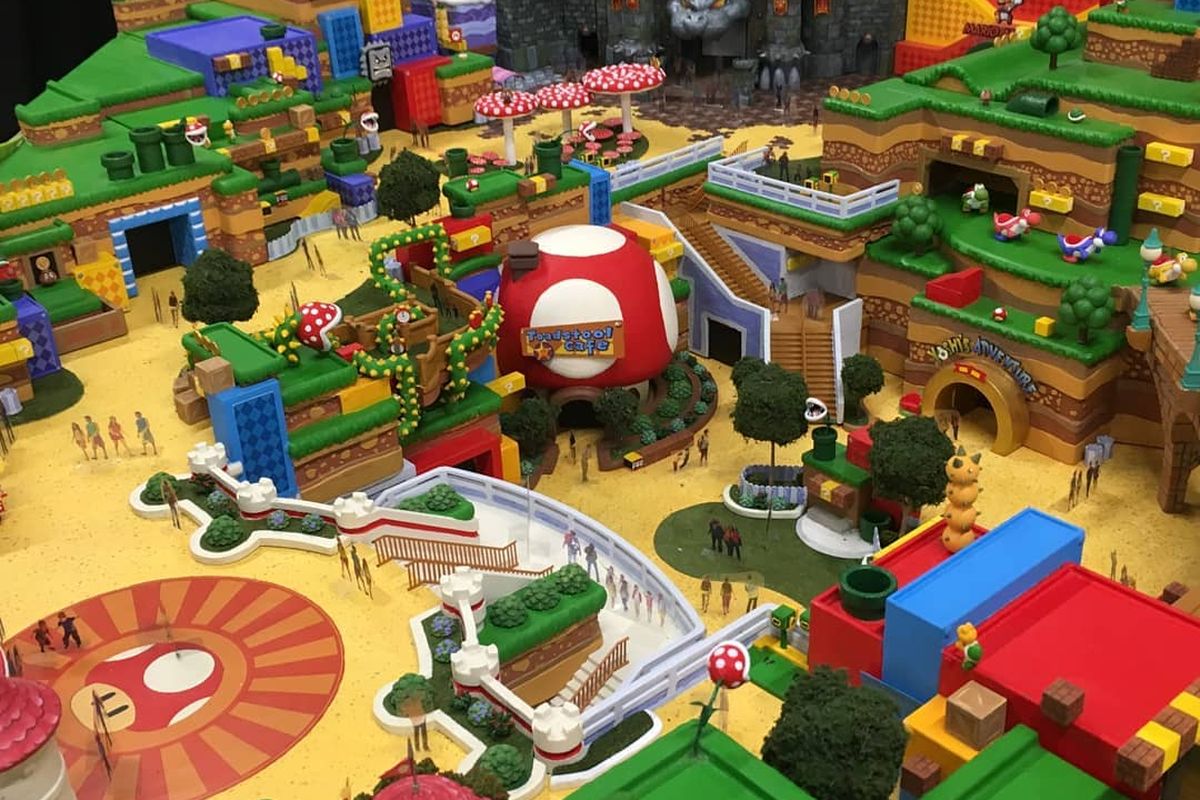 Whatever else we learn about the parks between now and when new area opens later this year, we cannot wait until Super Nintendo World is open and we can finally live our best life as the short, primary colored overall wearing, coin collecting plumbers that we’ve alway dreamed of being. Let’s go!!