Solar Orbiter Captures Closest Ever Images of the Sun - Nerdist

Solar Orbiter Captures Closest Ever Images of the Sun

NASA and the European Space Union‘s joint Solar Orbiter spacecraft has sent back its first images of the Sun. They’re the closest ever taken of our nearest star. As expected, it’s really hot there. Less expected is that it’s so hot, it’s full of “campfires.”

Campfires the size of entire countries. 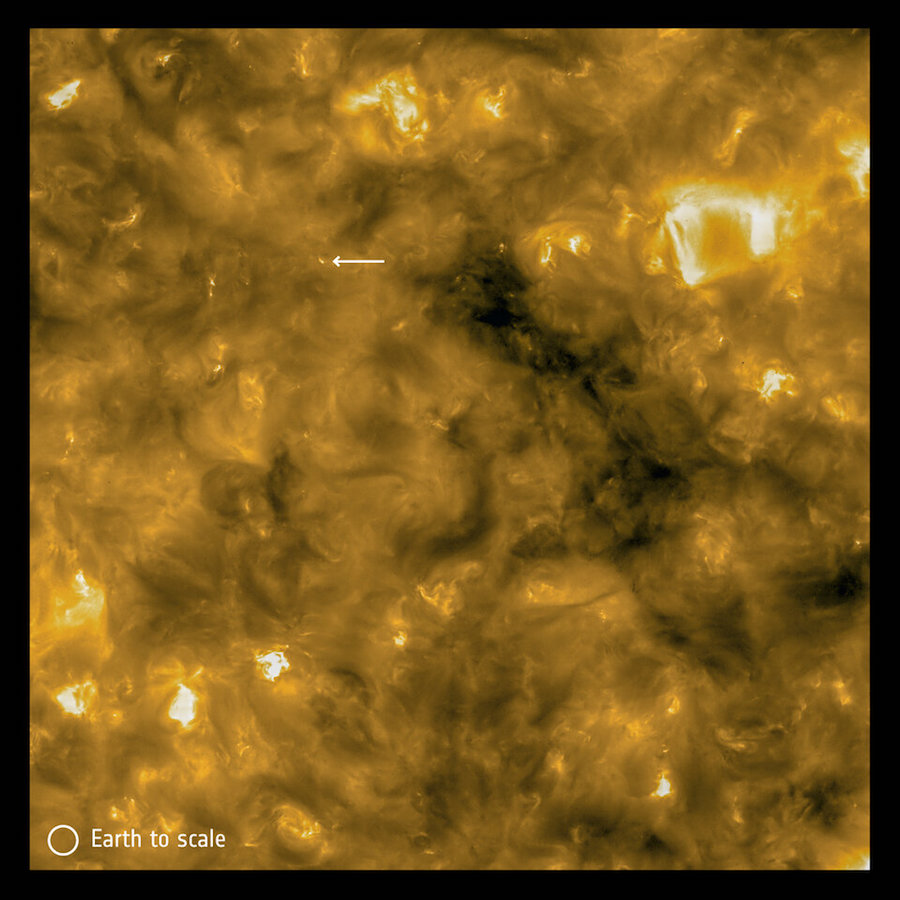 The ESU and NASA have shared the first photos taken by Solar Orbiter’s Extreme Ultraviolet Imager. On May 30, 2020, the spacecraft was “only” 77 million km away from the Sun. That’s roughly halfway between it and the Earth, and closer than any other solar telescope has ever been to the star before. One of the things these remarkable images reveal is “omnipresent miniature solar flares” near the surface.

These multitudes “of small flaring loops, erupting bright spots and dark, moving fibrils” have been dubbed “campfires.” They can be seen in these adjusted images which have had color added because the human eye can’t see the original wavelength detected by the instrument. 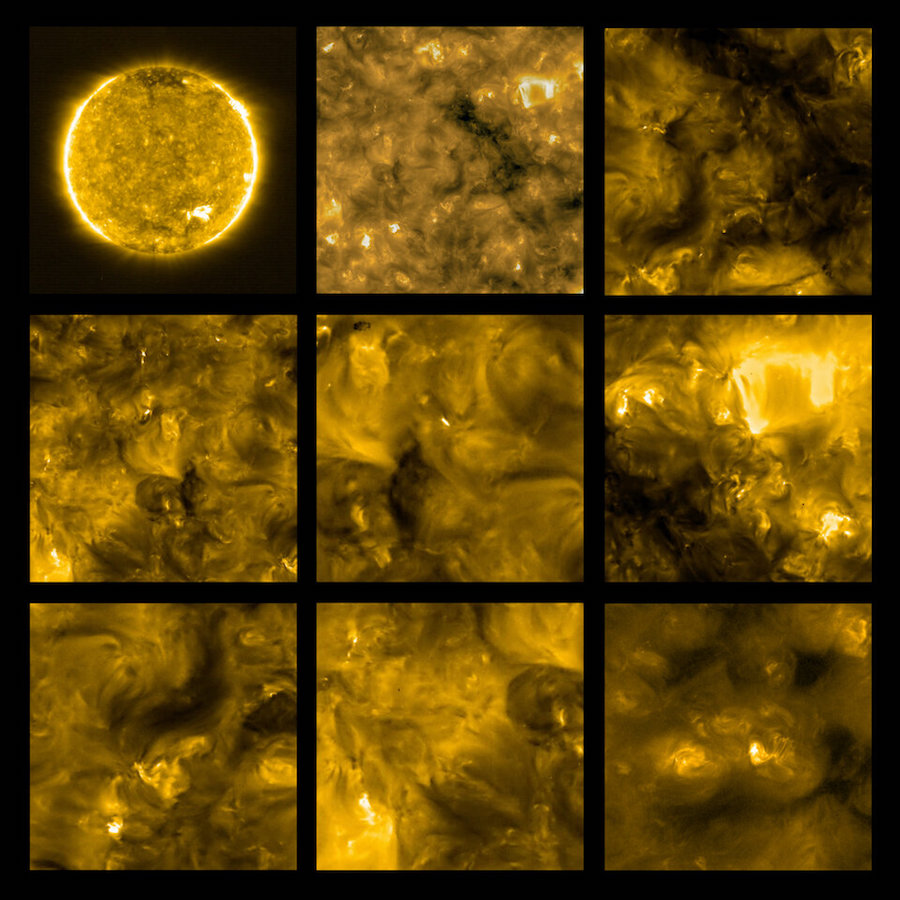 “These are only the first images and we can already see interesting new phenomena,” said ESA’s Solar Orbiter Project Scientist Daniel Müller in a statement. “We didn’t really expect such great results right from the start. We can also see how our ten scientific instruments complement each other, providing a holistic picture of the Sun and the surrounding environment.”

Scientists aren’t sure if the “campfires” are merely tiny versions of big flares. Or if they are the result of something else entirely. Either way, they’re fascinating.

“The campfires are little relatives of the solar flares that we can observe from Earth, million or billion times smaller,” said David Berghmans of the Royal Observatory of Belgium (ROB) and Principal Investigator of the EUI instrument. “The Sun might look quiet at the first glance, but when we look in detail, we can see those miniature flares everywhere we look.”

The ESU says initial theories about them say they could contribute to solar wind. They might also be related to coronal heating, one of the Sun’s “most mysterious phenomena.”

The closer the Solar Orbiter gets the more scientists might learn. Maybe it even has bonfires.