What Does This STRANGER THINGS' Secret Message Mean for Season 3? - Nerdist

What Does This STRANGER THINGS’ Secret Message Mean for Season 3?

While we’re waiting to figure out which terrifying beast from the Monster Manual will threaten Hawkins, Indiana on season three of Netflix’s Stranger Things, another mystery is already afoot thanks to a new book.

The official behind-the-scenes companion book, Stranger Things: Worlds Turned Upside Down, is available now and it’s jam-packed with all manner of fascinating details about the making of the fan-favorite show. It’s made to look like a beat-up old tome you’d find in a school library circa the 1980s, but if you look closely there is a cryptic secret message hidden within its 224 pages.

So what does this mystery message mean, and what kind of ramifications will it have for Mike, Dustin, Lucas, Eleven, and the gang as we head into season three? Let’s dive into it on today’s Nerdist News Edition!

As you peruse the book, you will notice lines of Morse code scattered throughout the book. We know this is an intentional inclusion because the book also comes with Eleven’s Morse code disk, which will let you decipher the lines of code. But intrepid Redditors have already taken it upon themselves to crack the code and analyze what it all means. If you combine all the lines of code in the book, they make up a poem:

Sleuthy Redditors have already cooked up a few theories about what this word salad ultimately means, speculating about the possibility of a time warp or that the poem needs to be read backward to make sense. However, the best lead so far comes from the line “When blue and yellow meet.” According to Redditor Ambiguwus, this line may be a reference to the clock at the Starcourt Mall, which was featured in a season three teaser posted in July. 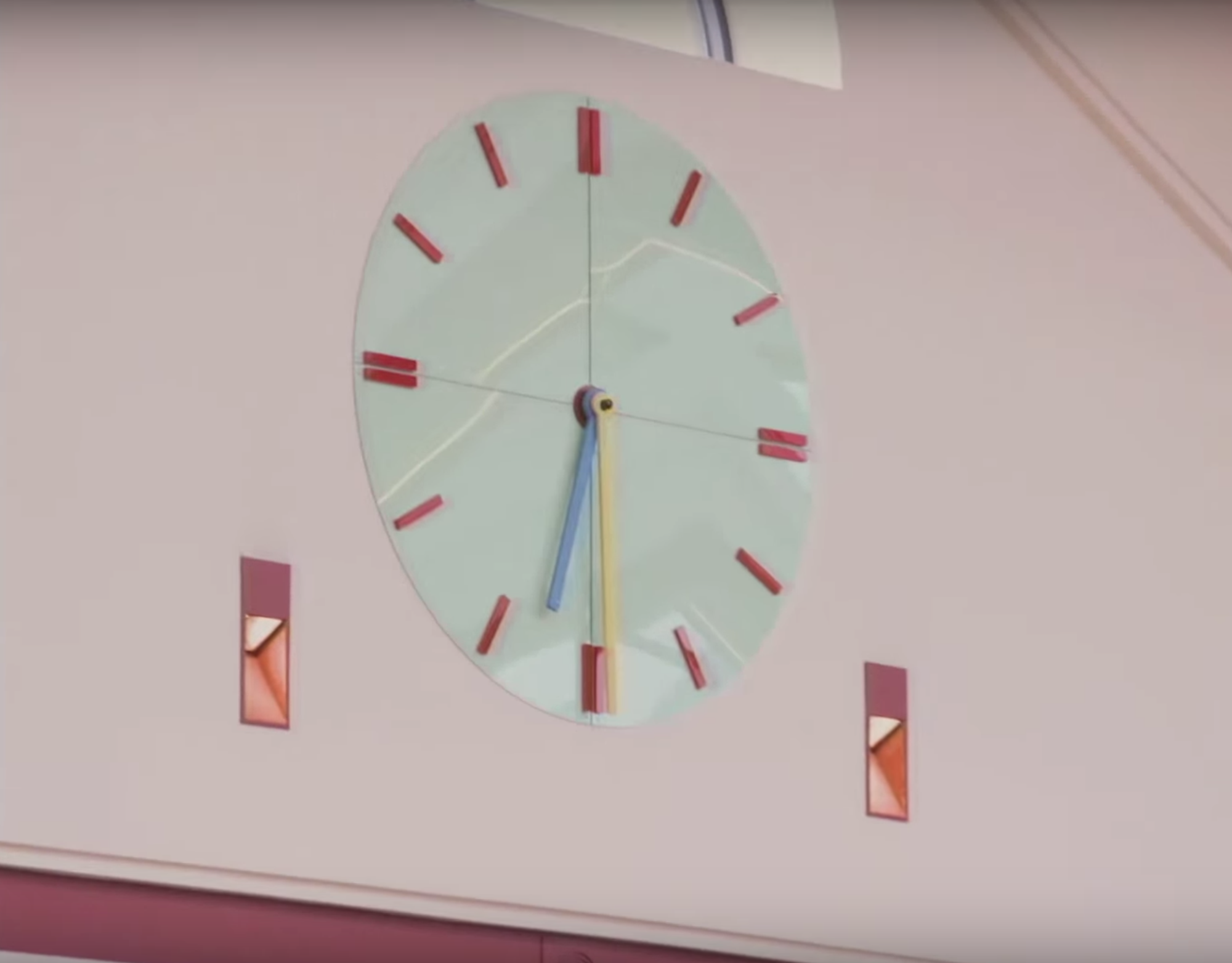 As you can see, the clock’s hands are blue and yellow. The hands of the clock would “meet” four times each day, but does 9PM correspond to the “west” mentioned in the poem? Or does the mall clock face a different direction? Our guess is that the message is giving us some sort of information about what’s to come inÂ Stranger Things season three. Hopefully, the “silver cat” feeding isn’t a reference to Dustin’s replacement pet that he found last season. We’ve already gone deep on what Dungeons & Dragons can tell us about the future of Stranger Things, so perhaps this poem will contain another clue related to everyone’s favorite tabletop role-playing game. We’ll find out whenÂ Stranger ThingsÂ returns for season three in summer 2019.

But what do you think this message means? What D&D monster do you want to see next? Let us know in the comments below.