Roll for initiative, Stranger Things fans, and prepare yourselves because the highly anticipated fourth season of Netflix’s ode to the 1980s might be drawing inspiration from one of the most terrifying creatures in all of Dungeons & Dragons‘ storied history. Stranger Things 4 will take us from the suburbs of Hawkins, Indiana to the sub-zero temperatures of the snowy hinterlands of Kamchatka, Russia. We have already gone over the spoilerific teaser trailer with a fine-toothed comb and spun up a theory about which classic 1980s movie will serve as the fourth season’s inspiration, but now it’s time to turn our attention to the clues awaiting us in everyone’s favorite tabletop role-playing game, Dungeons & Dragons.

…or read all about it right here in case you’re pretending like you’re paying attention in class or during yet another meeting that easily could have been an e-mail.

What do we know so far?

Admittedly, we don’t know an awful lot about Stranger Things 4  beyond the teaser trailer, titled “From Russia With Love,” which Netflix released on Valentine’s Day. With the sweet strains of “The Red Army is the Strongest,” the trailer proved rumors about Chief Hopper’s demise are greatly exaggerated. Our mustachioed small town supercop didn’t shuffle off this mortal coil; he’s been workin’ on the railroad all the live-long day (under the watchful eye of armed guards). He’s also sporting the gulag cosplay version of Eleven from Stranger Things season one. Somebody get this guy an Eggo–stat!

Nerdist News thoroughly analyzed every last detail in the trailer, and Michael Walsh expanded on that analysis with a theory about how  Stranger Things 4 will draw inspiration from John Carpenter’s classic 1982 arctic horror movie, The Thing. Given this assumption, I found myself wondering which of the myriad monsters in Dungeons & Dragons’ storied history could fit into this archetype, as well as the lore that has already been established. There are plenty of shapeshifting monstrosities that could inspire this season of Stranger Things, like the Doppelganger, the Mimic, or even a Rakshasha casting Disguise Self…but something tells me we’re still a few seasons away from cat-people casting magic spells.

The answer, I believe, is within the pages of Mordenkainen’s Tome of Foes, and in the spirit of Stranger Things, it fittingly enough came from the mind of a precocious child. The monster I’m talking about is a nightmarish, eldritch abomination with the name The Oblex.

The Oblex was created by Nolan Whale, a boy who took part in the Make-a-Wish program by spending the day working with the designers of Dungeons & Dragons. At first glance, the Oblex looks like a giant, red gelatinous horror with dozens of slimy tentacles and screaming faces inside of its body, pressed against the viscous exterior.

The result of Mind Flayer experiments on oozes, the Oblex can, according to D&D designer Jeremy Crawford, “absorb the memories of other beings… and they can then create a duplicate of that person tethered to … this umbilical cord of ooze behind them”. But wait, it gets worse! “An adult or Elder Oblex can actually carry within itself basically the memories of a host of people and cause versions of those people to pop up.”

Crawford also explained that Nolan’s creation includes creatures like “Oblex Spawn”. These are the result of older Oblex “so filled up with people that essentially the memories sort of blorp out of the larger ooze and then start creating these smaller ones. It’s really some fabulous horror movie kind of stuff, these oozes that go around and steal people. It’s very kind of Invasion of the Body Snatchers-esque, and then [they] can haunt communities with memories of these people in physical form.”

Sounds terrifying, right? Honestly, hats of to you, Nolan, for making my new favorite D&D monster. But how does this relate back to Stranger Things? Well, the key here is that these were created by Mind Flayers, D&D‘s malevolent, psychic, tentacle-mouthed terrors of the Underdark. In Stranger Things, the Mind Flayer is the massive, shadowy entity that rules over the Upside Down. It has a deep-seated hatred of Eleven and a penchant for mind control. 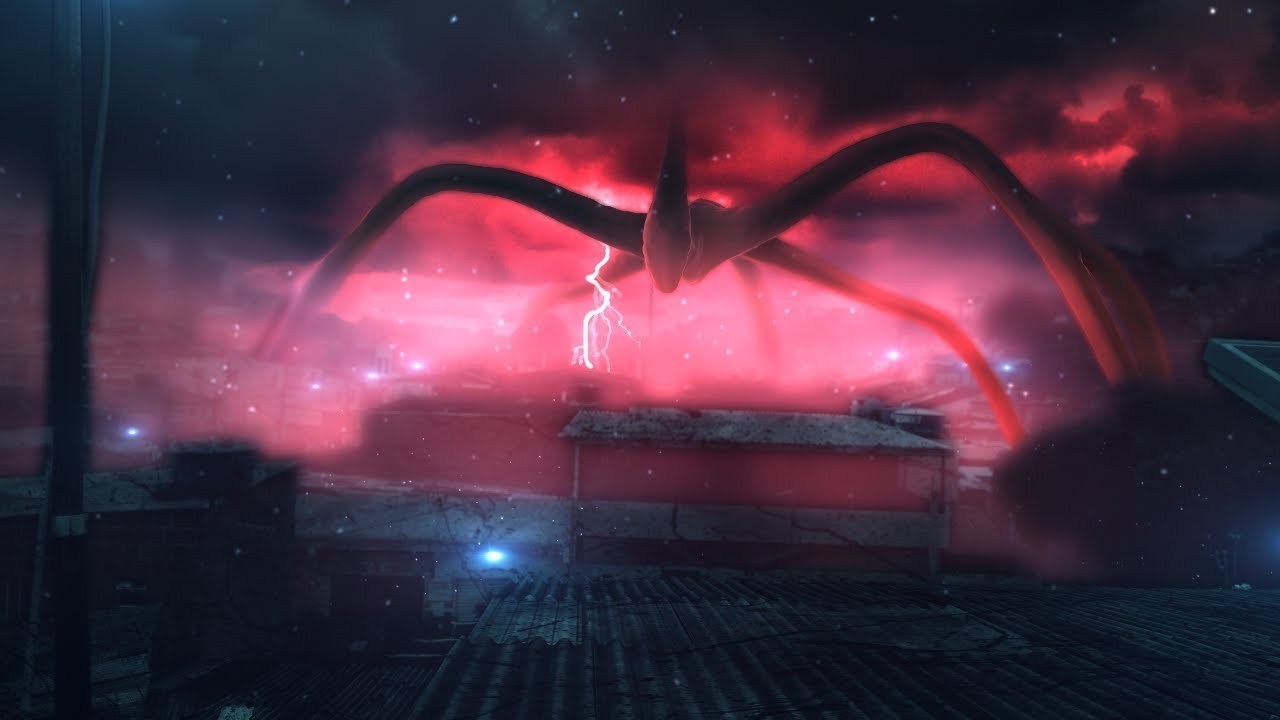 All work and no flay

Stranger Things season 3 veered a bit into this territory with the Mind Flayer slowly possessing different townsfolk and forcing them to do his bidding. But what if that was just the beginning? The Mind Flayer, absorbed so much biological and psychic data from these people–and countless other victims. What if it could start spawning full-fledged doppelgangers? Or send a shape-shifting agent like an Oblex to infiltrate and obliterate its enemies?

Its plan nearly worked in season 3; now we’re going beyond Hawkins to follow Chief Hopper’s adventures in Kamchatka, Russia. Could this gulag be turning into a goo-lag? Well, considering the Russians have a Demogorgon captive there, there’s certainly a connection to the Upside Down. Which means its likely only a matter of time until The Mind Flayer seeks alternate routes of accessing this plane of existence.

Having someone like Hopper could potentially draw the Mind Flayer to Kamchatka. He’s both fought the Mind Flayer and its cronies in the past and has a strong connection to Hawkins. He could cause the Mind Flayer to send its agents to wreak havoc. And honestly, as The Thing taught us, sending shape-shifting nightmares to menace increasingly paranoid people in polar conditions is a solid plan of attack.

Unless, of course, Chief Hopper gets his hands on a flamethrower. Which has to happen, right? I mean, how can you not want to see David Harbour wielding a flamethrower and going to town on the Upside Down’s equivalent of an Oblex? What’s he gonna do, punch it again? 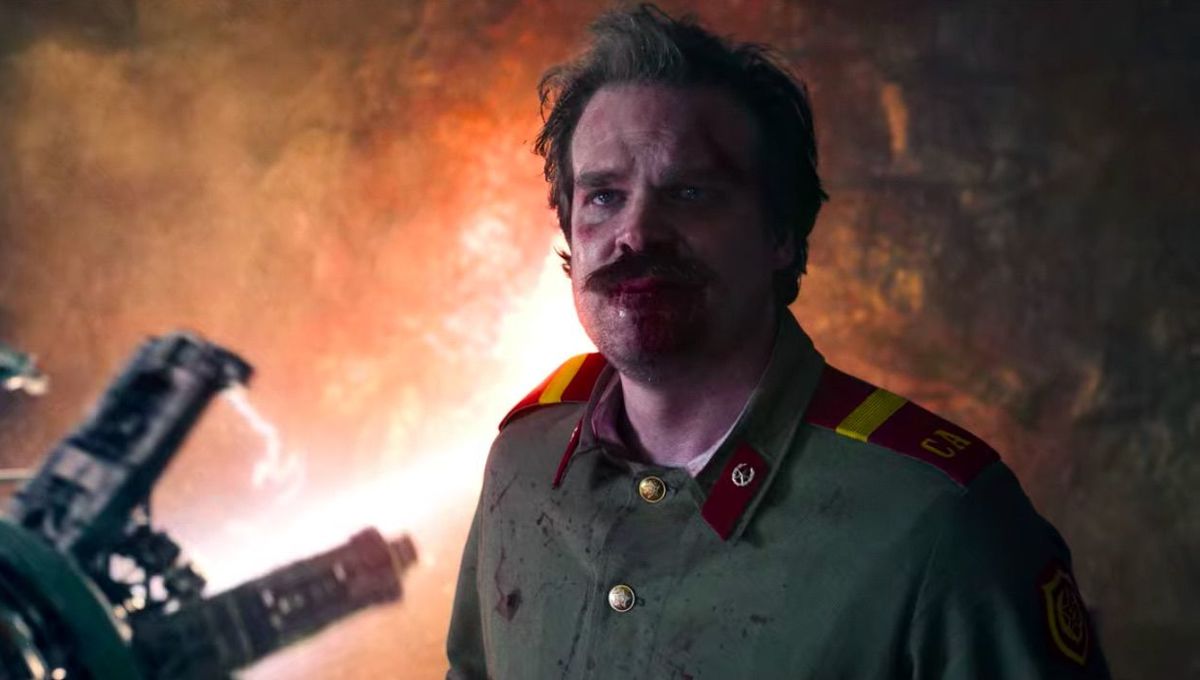 Alas and alack, we’ll just have to wait and see what happens when Stranger Things 4 comes out presumably at some point this year. In the meantime, tell us — what do you think? What D&D-inspired monster do you think will menace our heroes this season? Let us know in the comments below.

Explainiac airs every Thursday. For past episodes about everything from WandaVision theories to deeply silly pop-culture deep dives, click here to explore our archive.

Images: Netflix, Wizards of the Coast

Editor’s note: This post contains links through which if you buy something, Nerdist may receive a small portion of the sale.