Over the last decade Netflix has become a juggernaut in the world of stand-up comedy. Titans of the industry like Dave Chappelle, Bill Burr, Tiffany Haddish, Chris Rock, and Ellen DeGeneres have produced original specials for the streaming site. And soon megastars like Eddie Murphy and Jerry Seinfeld will add their names to an already impressive lineup. However, the future of the company’s foray into the world of comedy won’t be limited to just shows you can chill with at home. Netflix has announced its first-ever live comedy festival, Netflix is a Joke Fest. It will be a week-long celebration with over 100 live shows, events, and activations featuring some of the most popular stand-ups to ever take the stage.

Netflix has announced its comedy brand, Netflix Is A Joke, will host a week-long festival across 20 locations in Los Angeles (“primarily centered in Hollywood”) from April 27 to May 3. That will includes events at the Hollywood Bowl, Greek Theatre, Hollywood Palladium, The Largo, and more. Produced in association with Live Nation, “the star-studded celebration of comedy will take over and feature live stand-up shows, special events, and activations with Netflix comedians and artists from around the world.” It will include Ali Wong, Amy Schumer, Bill Burr, Dave Chappelle, David Letterman, Jamie Foxx, Jane Fonda and Lily Tomlin, Kevin Hart, Martin Lawrence, Sebastian Maniscalco, the cast of Schitt’s Creek, and more.

The festival will end on May 3 with the “inaugural edition of The Hall, a first-of-its-kind hall of fame honoring the greats of stand-up comedy.” The presenters and inductors alone would make for an amazing first class. Dave Chappelle, Kevin Hart, Chris Rock, Billy Crystal, Whoopi Goldberg, Jerry Seinfeld, Sarah Silverman, Wanda Sykes, and more will pay “homage to and induct comedy legends.” That’s an amazing lineup, but the inaugural class they’ll be honoring is absolutely perfect: George Carlin, Richard Pryor, Joan Rivers, and Robin Williams. 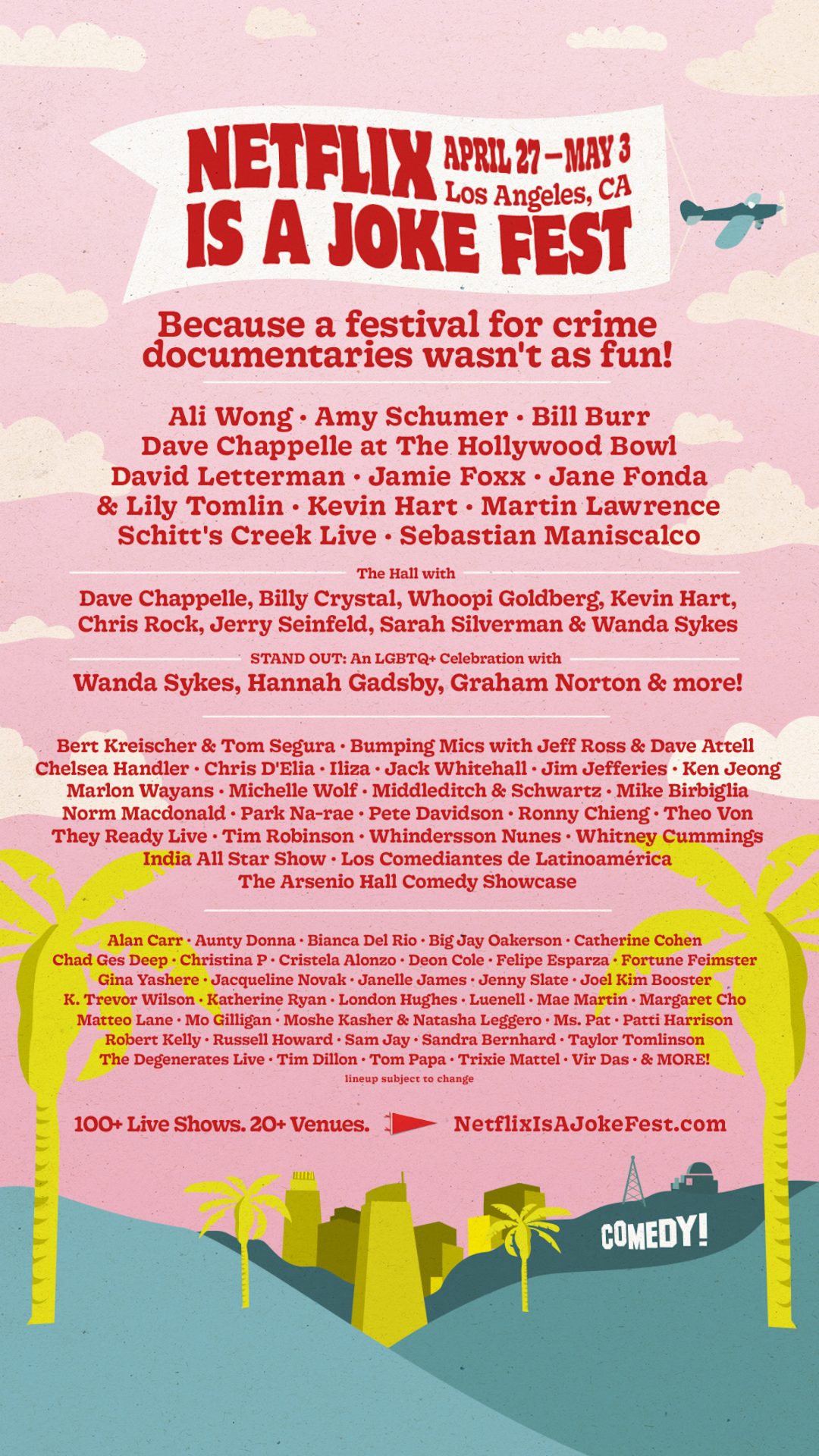 “It’s our honor to transform LA for one week into the funniest place on earth,” said Netflix Chief Content Officer Ted Sarandos in a statement announcing the event. “This festival is a unique celebration of the art of comedy, and the role it plays in reflecting our lives and defining culture. It’s a chance for comedy lovers to come together and see their favorite artists as well as discover new ones, and for us to be able to share the electricity and excitement of the festival in Los Angeles with Netflix members around the world.”

Tickets for all festival events will go on sale to the general public starting Friday, March 6 at 10 a.m. PT at www.NetflixIsAJokeFest.com. That’s also where you’ll be able to get dates and times for all shows. Some pre-sales will be available on Tuesday, March 3, so make sure to see if one you’re interested in will be available. 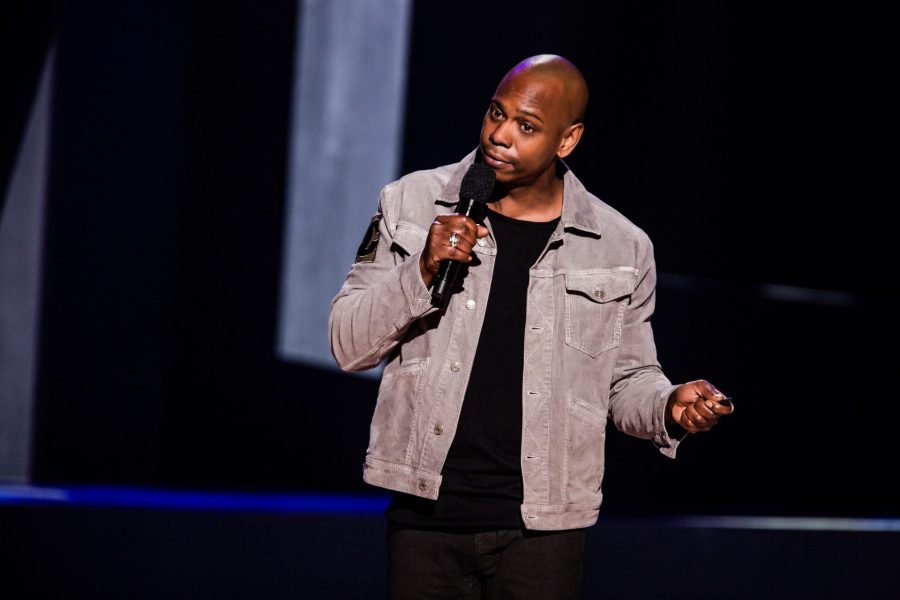 Netflix is also partnering with the nonprofit organization Comedy Gives Back during the festival. Comedy Gives Back’s “mission is to create a safety net for comedians in need with mental health, medical and financial crisis support.” The organization “will provide onsite services and information for all interested Festival goers, free of charge.” So attendees will get a week of great comedy plus a chance to get some help if they need it.

We don’t care how much we like to stay home and watch Netflix, that’s a pretty great reason to get off our couches.

THE FONDA
That’s My Time with David Letterman (recorded)
“Legendary late night host David Letterman returns to his roots to showcase some of today’s finest stand up comedians to perform and then join him for a one-of-a-kind interview.”

COMEDY UNION
The Arsenio Hall Comedy Showcase (recorded for SiriusXM)
Arsenio Hall presents a lineup of the funniest comedians in LA at the legendary Comedy Union.

DETAILS FORTHCOMING
Bumping Mics with Jeff Ross & Dave Attell Season 2 (recorded)
“Best buds Jeff Ross and Dave Attell are bringing their uncut savagery for an all new season of Bumping Mics. Inviting friends and special guests from all over comedy to hang, riff and roast one another. No mic will go un-bumped.”
Aunty Donna live sketch