Over his years in broadcasting, Stephen Colbert has amassed a reputation for his love of all things Tolkien. You’d be hard-pressed to find another celebrity of his stature who knows more about Lord of the Rings. ( That may even include Elijah Wood.) And not just the basics—super deep-cut nerd stuff. In fact, Colbert takes any chance he can get, on air or off, to geek out about Tolkien. The latest such opportunity arose when he welcomed Andy Samberg as a guest on The Late Show last week. See for yourself in the video right here:

Samberg is another avowed fan of the Lord of the Rings books and movies; granted, he’s the first to admit that he doesn’t have Colbert’s breadth of knowledge about Middle-earth. Thus, when Colbert and Samberg opted to swap theories about the upcoming Lord of the Rings TV series, the conversation veered a bit one-sided. Colbert treated Samberg to a mouthful of projections about the when, what, and who of the forthcoming Amazon program. (He also recalled an encounter with a producer for the series, which didn’t encourage the dialogue he’d hoped for.)

While Samberg’s Tolkien nerdery may not rival Colbert’s, the Palm Springs star is too a big fan. As he told Colbert, he and his wife, the unbelievably talented musician Joanna Newsom, watch Lord of the Rings every year. (A tradition many of us have taken on, especially around Christmastime.) Samberg gushed a bit about this ritual and his childhood introduction to The Hobbit. But Colbert, somewhat sheepishly, dominated the chat with his extensive chatter about Akallabêth and the fall of Númenor. 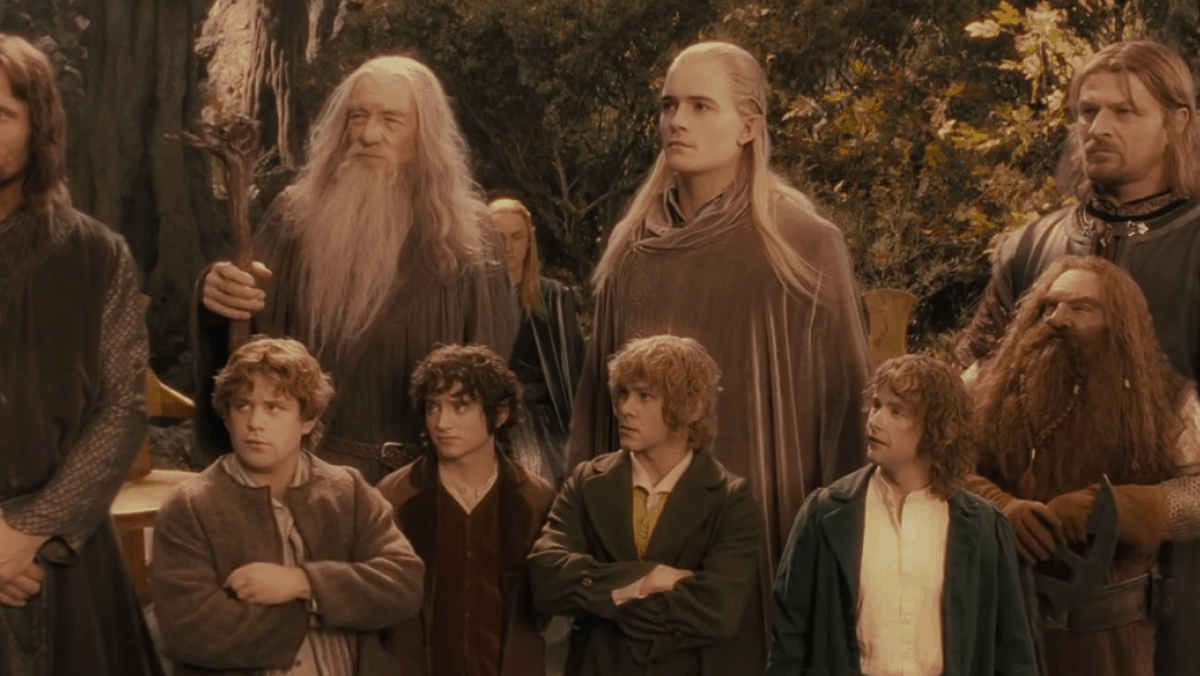 In keeping with his usual vibe, Samberg maintained a sense of humor about Colbert showing him up in Tolkien knowledge; likewise, Colbert copped bashfully to his proclivity for long-winded rants when it comes to these stories. All in all, the two comics enjoyed a fun nerd sesh about one of the nerd world’s favorite topics.

Tolkien
Who Is the White-Cloaked Cult of Witches in THE RINGS OF POWER?
Michael Walsh
9 MIN READ
SEE MORE