It’s been years since Stargate consistently appeared on television. Expanding the world from the 1994 Stargate film, the TV franchise spun hundreds of stories about alien worlds and tech. For the record, I’d still follow Samantha Carter (Amanda Tapping) anywhere—including to a Stargate reunion! Cast members from Stargate SG-1 and Stargate Atlantis are coming together for a special table read (which we first learned about at DesignTAXI and IGN). They’ll be performing a script written entirely by Google AI. That means AI came up with the dialogue and the stage directions.

Michael Shanks, Amanda Tapping, David Hewlett, and Jewel Staite will reprise their roles of Dr. Daniel Jackson, Samantha Carter, Dr. Rodney McKay, and Jennifer Keller. Stargate co-creator Brad Wright and Marc Evan Jackson (The Good Place), who is apparently a Stargate fan, will host the event. The group will perform the script, which original artwork will help bring to life. You can see some of that art in the trailer. And yes that includes a glimpse of the actual Stargate.

The above trailer also teases some of the silliness in store. It seems the cast slips back into their roles quite easily for the Stargate reunion. I haven’t had Daniel Jackson and Samantha Carter in my life in over 10 years, and it warms my heart to see Shanks and Tapping joking together again. Plus this table read means bringing together Staite and Shanks for the first time as their Stargate characters never crossed paths. 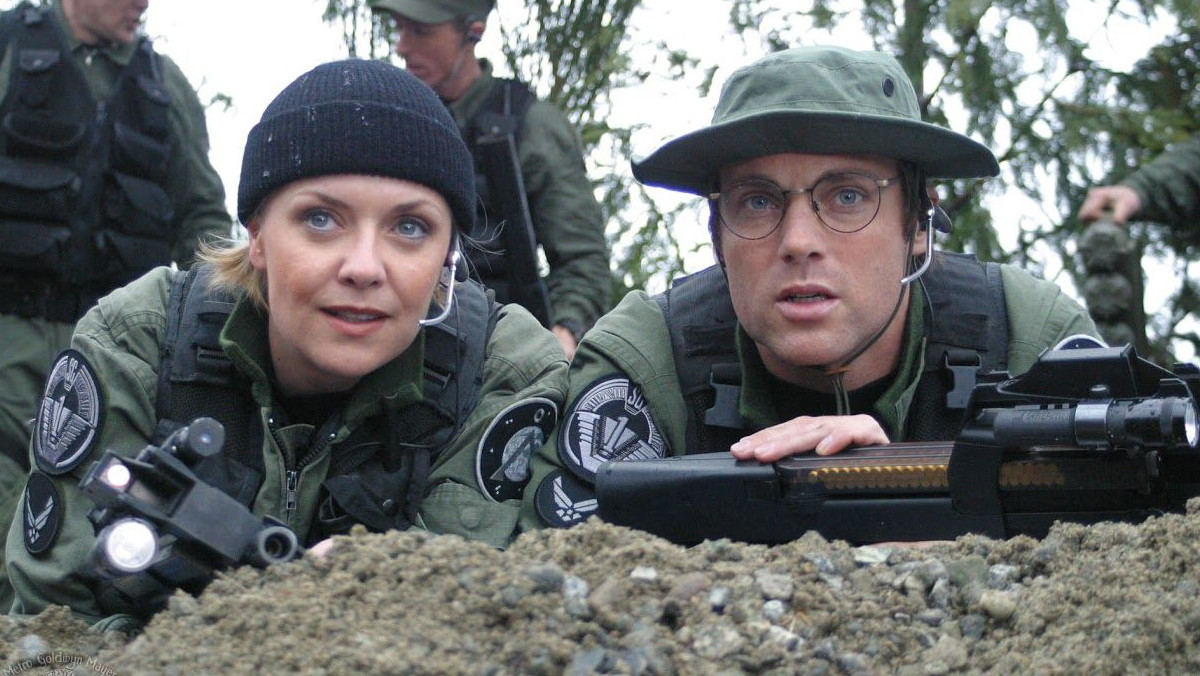 Fingers crossed this is the the beginning of more Stargate. A prequel web series from a few years ago, Stargate Origins, didn’t really quite take off. But if they could bring back some of the SG-1, Atlantis, and Universe casts in a new project… we’d definitely tune in.

The Stargate cast reunion is set for November 6. Get more details on how to view the table read at The Companion.