Cities Around the World Connected with Real-Time Video 'Portals' - Nerdist

Cities Around the World Connected with Real-Time Video ‘Portals’

The big dreamers among us yearn for a voyage into deep space. The existentialists favor time-travel. But one science fiction concept above all others caters to the whims of the pragmatists. Portals! Ah, yes. Portals. Instantaneous transports from one part of the physical realm to another. Iconized by feats of imagination like Stargate, Masters of the Universe, and (of course) Portal. And one of several grand speculative concepts that we haven’t made much headway on bringing to life. Until now. (Well, kind of.)

Nobody has figured out how to build an actual portal. Well, nobody who’s willing to fess up to it, anyway. But a company dubbed Portal has begun a plan to connect the cities of the world via large circular windows broadcasting live video. The beginnings of the venture have taken way; one such “portal” has set up camp in Lithuania’s capital city Vilnius. Nearly 400 miles away, a sister portal makes its home in Lublin, Poland. The devices are connected, so that citizens of Vilnius can observe and communicate with the people of Lublin, and vice versa, in real time. 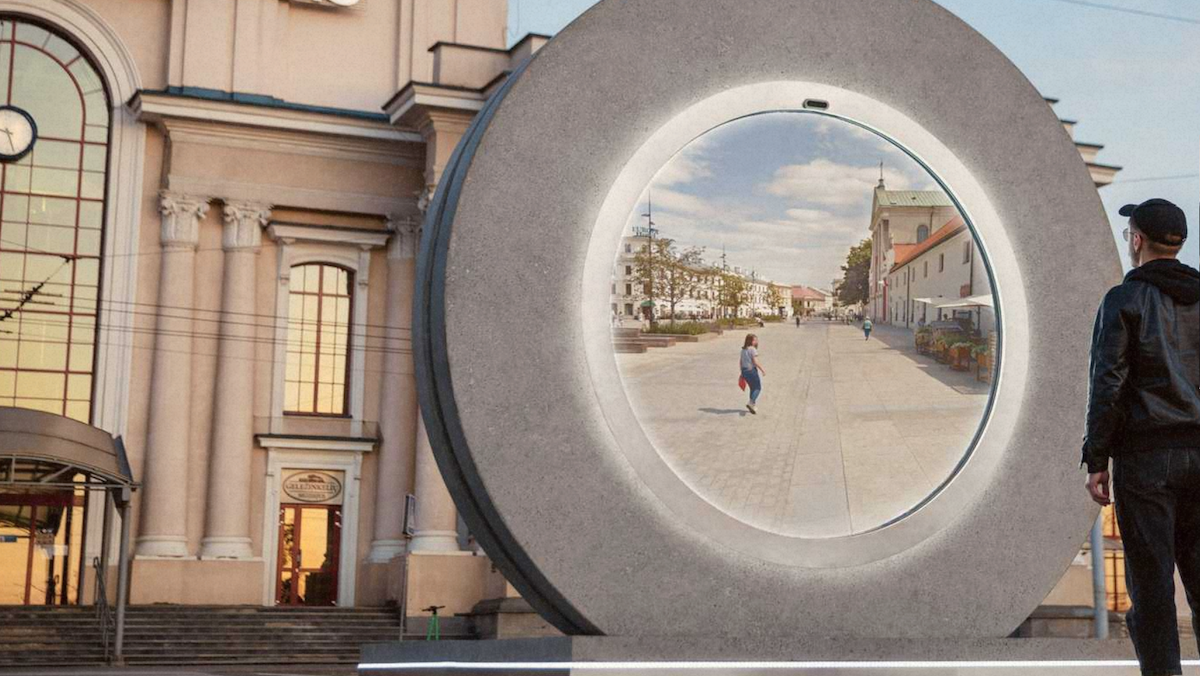 Surrounding ourselves with only those who are near and speak the same language gives us comfort and a sense of stability. It also limits the world perspective to the narrow inner circle of ours. Slowly it becomes a perfect space to awaken insecurities towards those outside it and a perfect excuse to be careless about the world that belongs to them.

For the first time in history countries and their people have such a way to connect in real-time. A non-profit initiative – PORTAL – is a bridge leading us – me, you, and them – to the awareness of unity.

At present, only the Vilnius-Lublin connection is active. However, the site promotes upcoming connections between Vilnius and Reykjavik, Iceland and Vilnius and London, England. (It seems like Vilnius is going to be the Silicon Valley of portal-related technology.) You can head over to the Portal homepage to view video footage of the portals in action.