LEGO’s massive Millennium Falcon set isn’t just big. It’s the company’s biggest ever. The entire Star Wars collectible comes in at a whopping 7,541 pieces, measuring over 8-inches high, 33-inches long, and 22-inches wide. That is a whole lot of blocks. The thought of putting it together sounds harder than making the Kessel Run in less than 12 parsecs. Yet many brave souls have done just that. If the galaxy far, far away has shown us anything, it’s that the universe is full of amazing people who can do incredible things. That includes one very ambitious builder who pieced together this gigantic LEGO Millennium Falcon. And he did it as a stop-motion video.

And it is most impressive.

The YouTube channel Lego My Legos turned his construction of LEGO’s enormous set into a captivating stop-motion animation (which we first saw at io9). This isn’t just a time-lapse clip showing the overwhelming effort required to build this Millennium Falcon. It looks as though the LEGO bricks and pieces are connecting themselves via the Force. No humans, Bothans, or Wookiees will be found here. Just incredible patience and craftsmanship.

According to the Reddit post where the video was originally shared the entire project required five weeks, which was actually less time than was expected at the outset of the project. It also needed 8,000 images to make the stop-motion effect. There are Jedi masters who wouldn’t have had the stamina and composure to put this together. 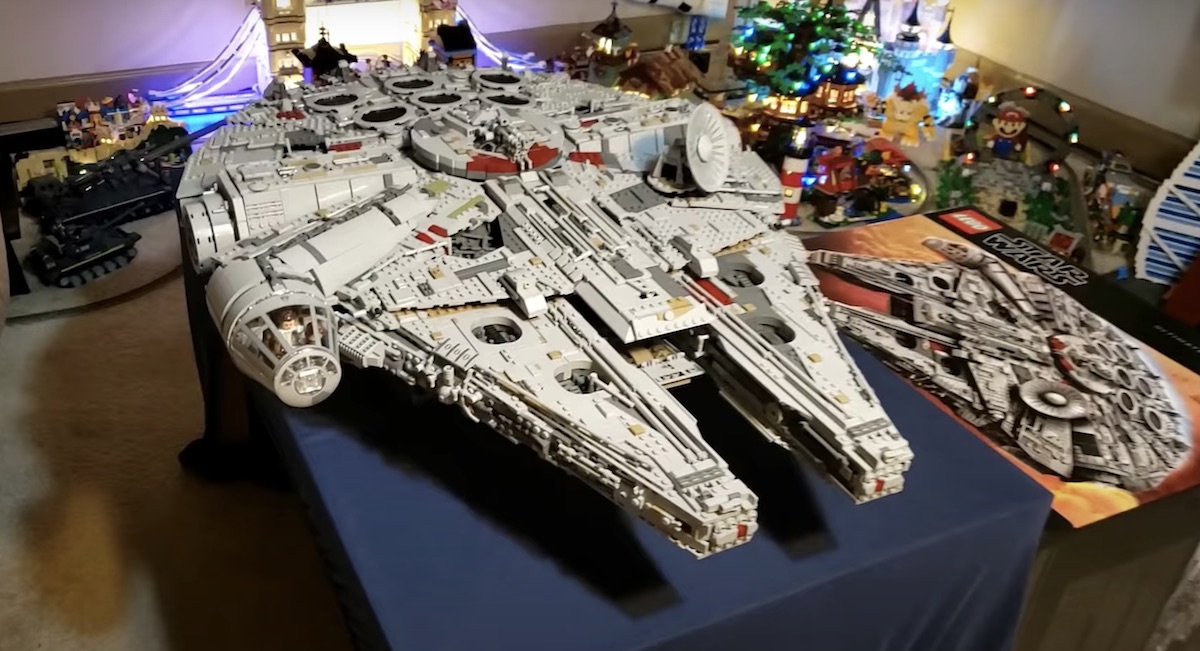 Obviously, this video is great. But there’s another bonus from putting in all this work. It really helps get the maximum amount of time out of an item that has a listed retail price of $799.99. Giant LEGO sets also come with giant LEGO prices.