Animatronics go hand-in-hand with the Star Wars saga. Many of the droids and creatures we’ve seen throughout the films have been animatronic creations. Not to mention all the ones used in Star Tours and Galaxy’s Edge in the Disney parks. But these fan-made Star Wars animatronics are the most metal ones yet. And we mean that figuratively, as in metal music, and literally, as they’re literally made from actual metal junk.

Thanks to Geeks are Sexy, we’ve discovered the creations of artist Danny Huynh, who builds animatronics from old pieces of metal scrap. And really, what’s more Star Wars than putting together something from old hunks of metal? You can watch several of his videos right here: 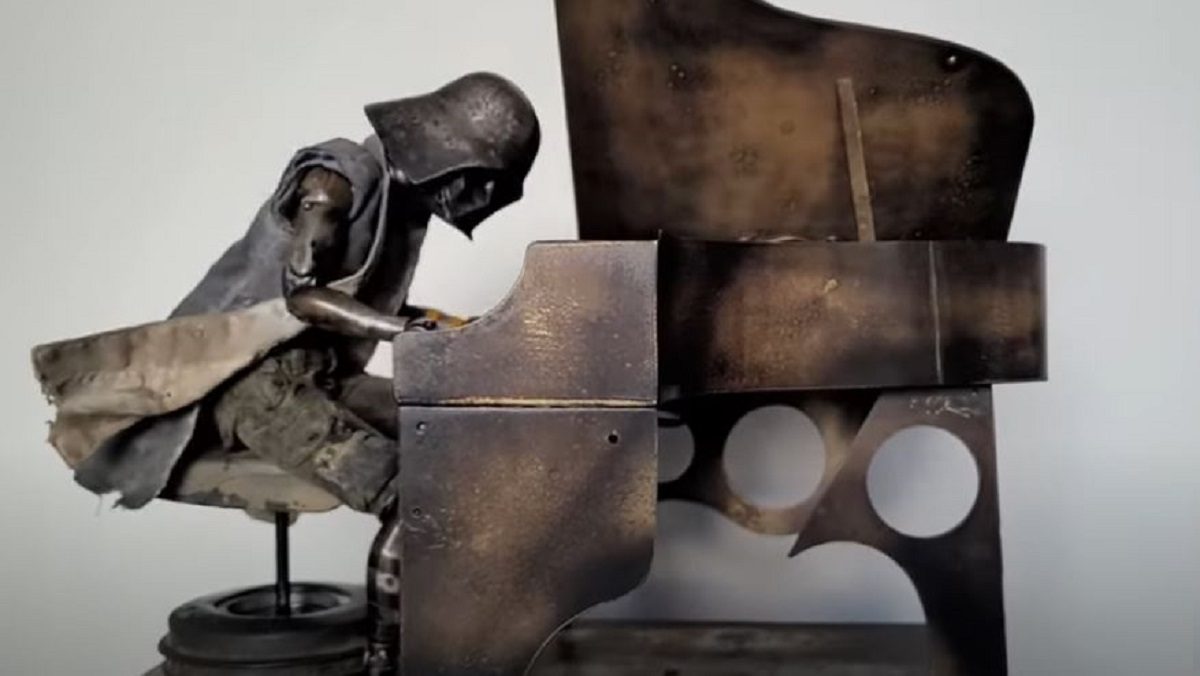 This First Order Stormtrooper gives us a rockin’ rendition of John Williams’ Star Wars theme, along with the Imperial March. We think he has a future in this business. Maybe in the Max Rebo Band? Hey, if Bib Fortuna survived the events on Jabba’s Sail Barge, maybe Max Rebo did too. And if he’s got an opening for a guitar player, we’ve got him covered.

This metal animatronic of Darth Vader gives us a poignant rendition of the Star Wars theme. This is a very serious Vader here. Makes you wonder if he should have just stayed on Tatooine and become the piano man at the Mos Eisley cantina, instead of trying to kill everyone. He might have been happier.

Speaking of pianos, the First Order Stormtrooper also plays. He’s giving us a sad rendition of the many Star Wars themes here. He must have played late nights at the piano bar on Starkiller Base. We bet Kylo Ren attended many of his shows. We think it’s the kind of sad piano music he would have been all over. Just like grandpa.

Danny Huynh has some non-Star Wars geeky animatronics on his channel, including the xenomorphs from the Alien franchise. They cover the Rolling Stones classic “Sympathy for the Devil” rather well. You can check those out by heading on over to his YouTube channel, Danny Huynh Productions.