The Official GALAXY’S EDGE Cookbook Brings Batuu To You

If you haven’t been able to make it out to Disneyland to see the Black Spire Outpost with your own eyes quite yet, you can bring Batuu to you with the upcoming official Galaxy’s Edge cookbook! Star Wars: Galaxy’s Edge: The Official Black Spire Outpost Cookbook is coming later this year to an outpost near you, packed with recipes inspired by the Disneyland (and soon Disneyworld) attraction, complete with in-character cooking notes from Strono “Cookie” Tuggs, the former head chef at Maz Kanata’s castle on Takodana.

The cookbook comes to us from Chelsea Monroe-Cassel and Marc Sumerak, who teamed up to combine both galaxy-accurate cuisine and commentary from one of the foremost food experts in the New Republic. In short, you won’t find another book packed with more Star Wars flavor than this one. Here’s a sneak peek at just one recipe inspired by the sights and smells of Black Spire Outpost and the galaxy beyond. 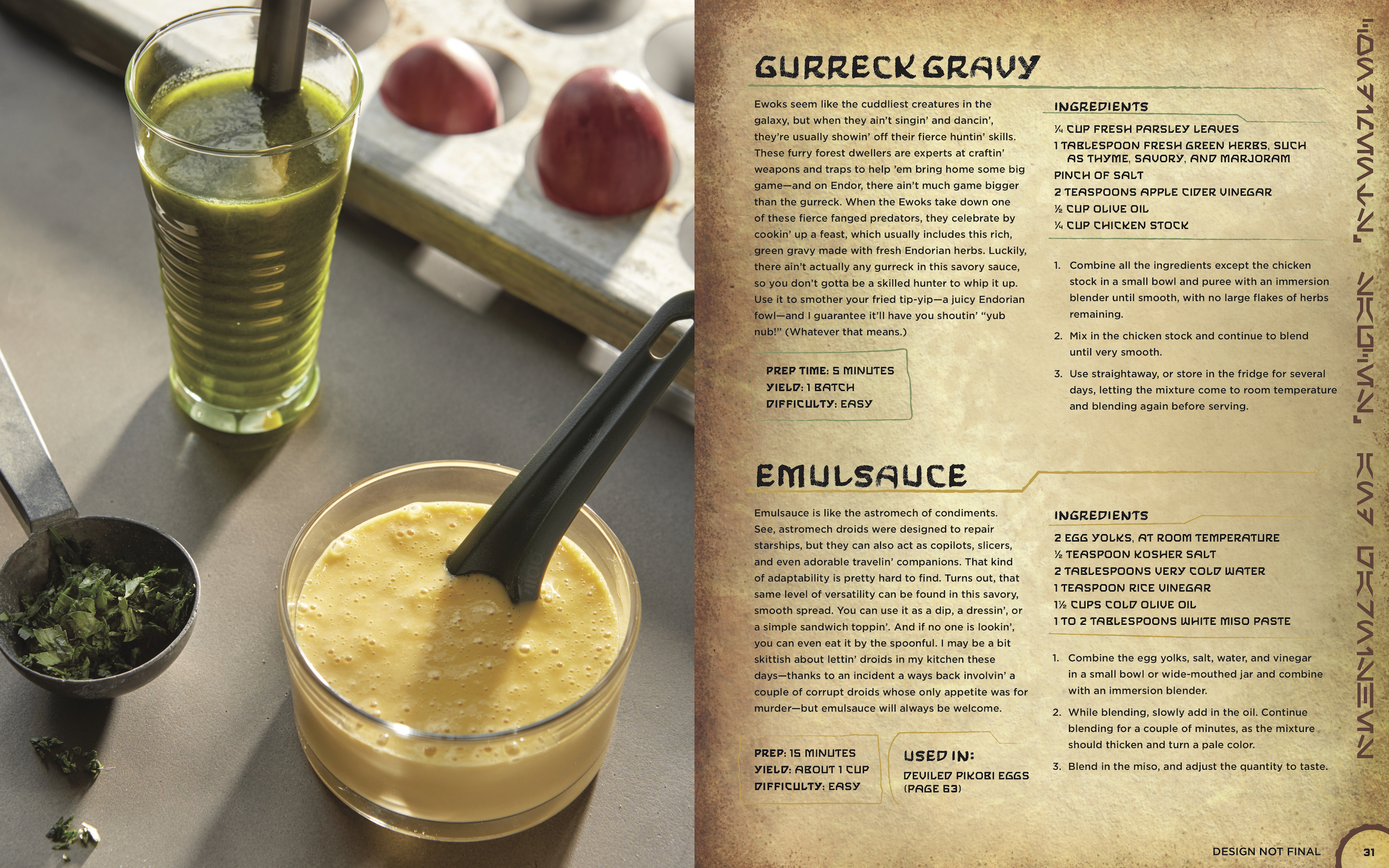 You might remember Monroe-Cassel’s name from the official World of Warcraft and Game of Thrones cookbooks, or the recently released Elder Scrolls cookbook. Her attention to accuracy in turning in-universe recipes to real world food is unmatched, and we can’t wait to see what else she has in store for the Galaxy’s Edge cookbook.

Joining her is Sumerak, writing in character as Cookie Tuggs, who has had quite the adventure since the destruction of Maz’s castle by the First Order. He’s now the owner of the food freighter Tugg’s Grib, offering his fine fare to travelers and residents from all planets. Cookie is also a huge fan of the legendary chef Gormaanda, whom you may remember from a festive little feature called the Star Wars Holiday Special.