Make Skooma (Legally) with This Exclusive Recipe from THE ELDER SCROLLS: THE OFFICIAL COOKBOOK - Nerdist

Make Skooma (Legally) with This Exclusive Recipe from THE ELDER SCROLLS: THE OFFICIAL COOKBOOK

Even if it’s been a while since you last set foot in Skyrim or Morrowind, you’ll probably have no trouble remembering some of the delicious food and drink you found there. Anyone who’s spent more than a few minutes in The Elder Scrolls series has daydreamed about what those sweetrolls taste like and wondered what a swig of skooma would do to the tongue! Thanks to experienced cookbook author and chef Chelsea Monroe-Cassel, you’ll finally have your chance to find out with the recipes in Insight Edition’s  The Elder Scrolls: The Official Cookbook. 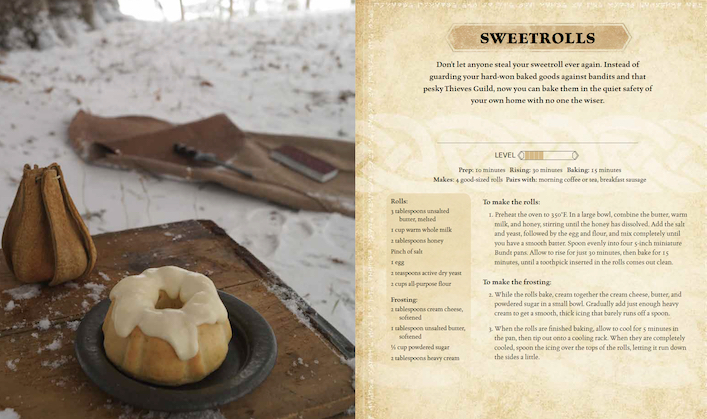 Monroe-Cassel has previously authored official cookbooks for both World of Warcraft and Game of Thrones, and she turns her expert eye for accuracy and flavor to Tamriel. In a recent blog post, she shared more about her process for translating in-game food in Skyrim into real-life food and flavors that don’t require slaughtering mudcrabs.

“Although largely focused on the excellent and much loved cuisine of Skyrim, the book also touches on the foods of other races from Tamriel, such as the noble Redguards, wily Khajiit, mercurial Altmer, and even the watery Argonians,” wrote Monroe-Cassel. “Recipes for longtime favorites such as Apple Cabbage Stew, Baked Ash Yams, Honey Nut Treat, and of course, the much-coveted Sweetroll are all included.”

We have an exclusive reveal of one of the most iconic drinks from The Elder Scrolls series: skooma! While the concoction is illegal in Tamriel thanks to its mind-bending effects, here in the real world it’s a sweet, fruity alcoholic drink. Mix one of these ahead of time to prepare for the nights when the cold winds outside remind you of Skyrim, and you’ll warm right up. 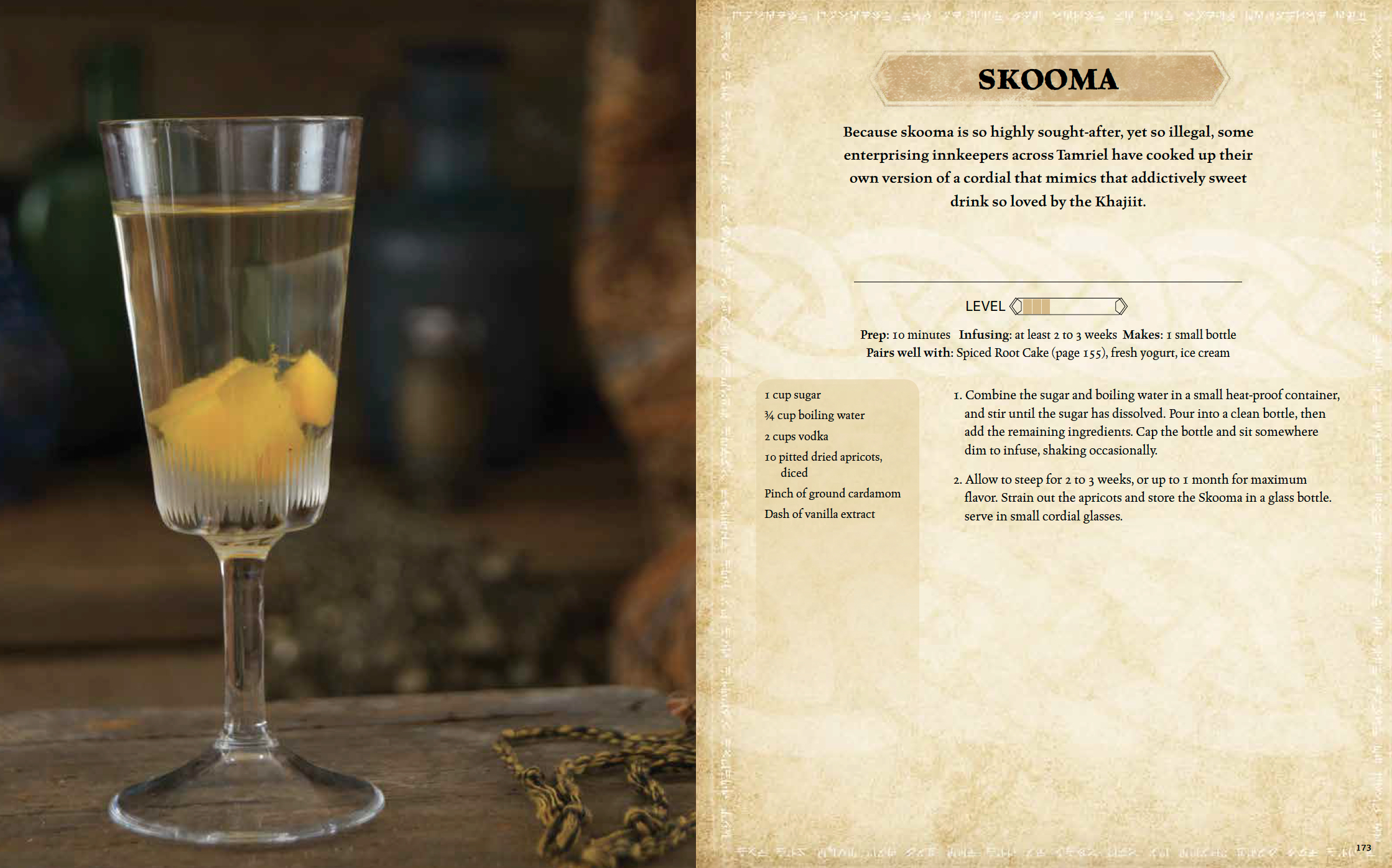 The Elder Scrolls: The Official Cookbook will be on bookstore shelves March 26, 2019 at a retail price of $35.00. Even if you haven’t mastered alchemy yet (i.e., you’re not great at cooking), the book includes different levels of difficulty for recipes, so you’ll find something that’s just your speed.

If you love these recipes, you’ll be thrilled to hear Monroe-Cassel’s next projects include Overwatch: The Official Cookbook and the official Star Wars: Galaxy’s Edge cookbook.