Revisiting the Thrilling Horror of STAR WARS: GALAXY OF FEAR

Star Wars has always been pretty horrifying. Fascist empires, monsters galore, child soldiers wielding dangerous laser swords that surely cause more harm than good. But fans who have ventured into the world of Star Wars novels will know that there are actually dedicated tales of Star Wars horror. From zombies in the Old Republic to the undead vs. Troopers all the way through the grim tale of Boba Fett escaping the stomach of the sarlacc, there’s plenty of gruesome and grotesque stuff for Star Wars fans who want to be scared to enjoy. But The Mandalorian’s venture into the horror of the ice spiders got me thinking about a lesser known series of Star Wars horror books that terrified a generation of young readers.

John Whitman’s Star Wars: Galaxy of Fear books were released in just over a year from 1997-1998 and seemed to be a space-tinged response to the popularity of Goosebumps, Are You Afraid of the Dark, and the impactful work of young readers’ horror auteur Christopher Pike. Beginning with Eaten Alive, the series consisted of 12 books with impressively creepy titles: City of the Dead; Planet Plague; The Nightmare Machine; Ghost of the Jedi; Army of Terror; The Brain Spiders; The Swarm; Spore; The Doomsday Ship; Clones; and The Hunger. 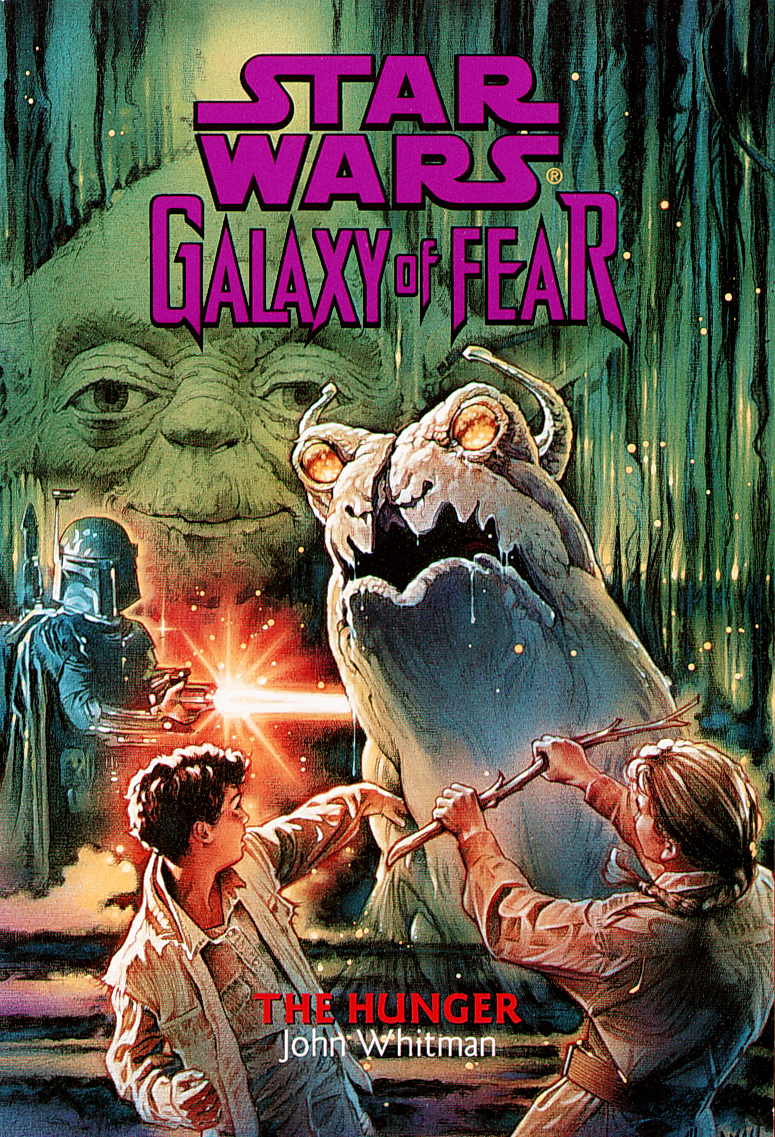 In case you’ve never come across the awesomely holographic covered books, let me explain. Galaxy of Fear centers on a pair of siblings including a totally badass young woman I always hope to see brought back into canon. Tash Arranda is a pretty powerful force user and older sister to Zak who is also talented in the ways of the force. The pair adventure around the galaxy with their enigmatic shapeshifting Uncle Hoole. Timeline-wise the series takes place just after A New Hope with multiple famous Star Wars characters appearing throughout the 12 books. Luke; Leia; Han; Darth Vader; Boba Fett; Jabba the Hutt; Yoda; Thrawn; and Wedge Antilles all pop up. But that’s not where the magic of the series comes from, that comes from all the scares.

Despite the fact the series—especially the first six books—follow a clear arc, each chapter of Galaxy of Fear offers up a new scary threat. The first book is an incredible opening gambit, introducing us to a planet that’s not only alive but that eats visitors for nourishment! How cool??? The second book predates Death Troopers’ exploration of zombies in space with an undead threat of its own. In one of the most fun entries, The Nightmare Machine, we get a real Christopher Pike vibe as the kids visit an intergalactic theme park with a deadly twist. Army of Terror plays with classic mad scientist tropes and Brain Spiders sees one of the siblings’ brains trapped in the body of a spider! 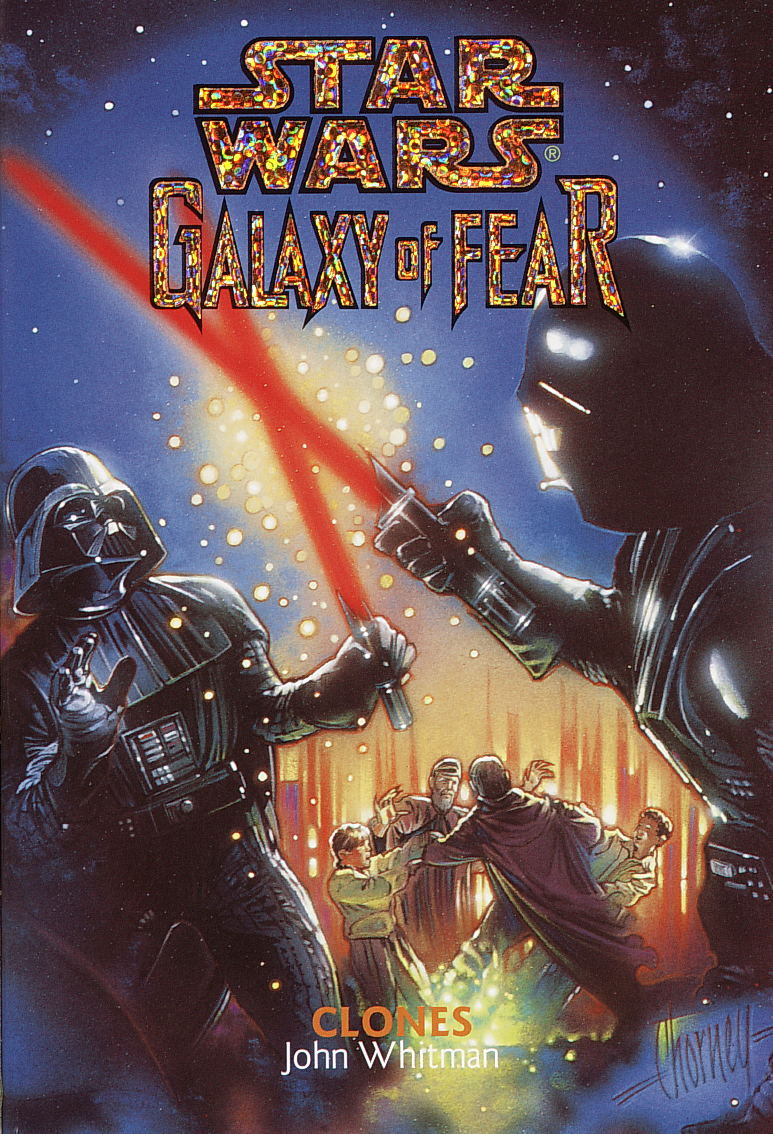 There are some stories which really stand out, though. In particular I often think of Ghost of the Jedi. The basic story focuses on a trip to an abandoned space station which is a very nice Alien setup. But it becomes a tale about a lost Jedi library and the ghost that haunts it. A tragic ghost story is something that we’ve yet to see explored on screen in Star Wars. Plus, the idea of the Jedi libraries and the importance of artifacts are now big parts of the new canon. In that way, Ghost of the Jedi represents one of the most exciting and relevant spooky Star Wars stories that most fans have never had the chance to experience.

Though I doubt that Jon Favreau has been flipping through his dog-eared copies of the eighth book, The Swarm, when I saw Dr. Mandible in “The Passenger” I couldn’t help but think of the creepy crawly entry into the series. In The Swarm, the kids end up in the Sikadian Gardens on Sk’rrr where many insectoid creatures lurk. Things are relatively ideal until they realize bugs are smothering people in their sleep!! Luckily, that did not happen to our Mando, though after meeting Dr. Mandible icy spiders did smother the Mando and his ship… a coincidence? 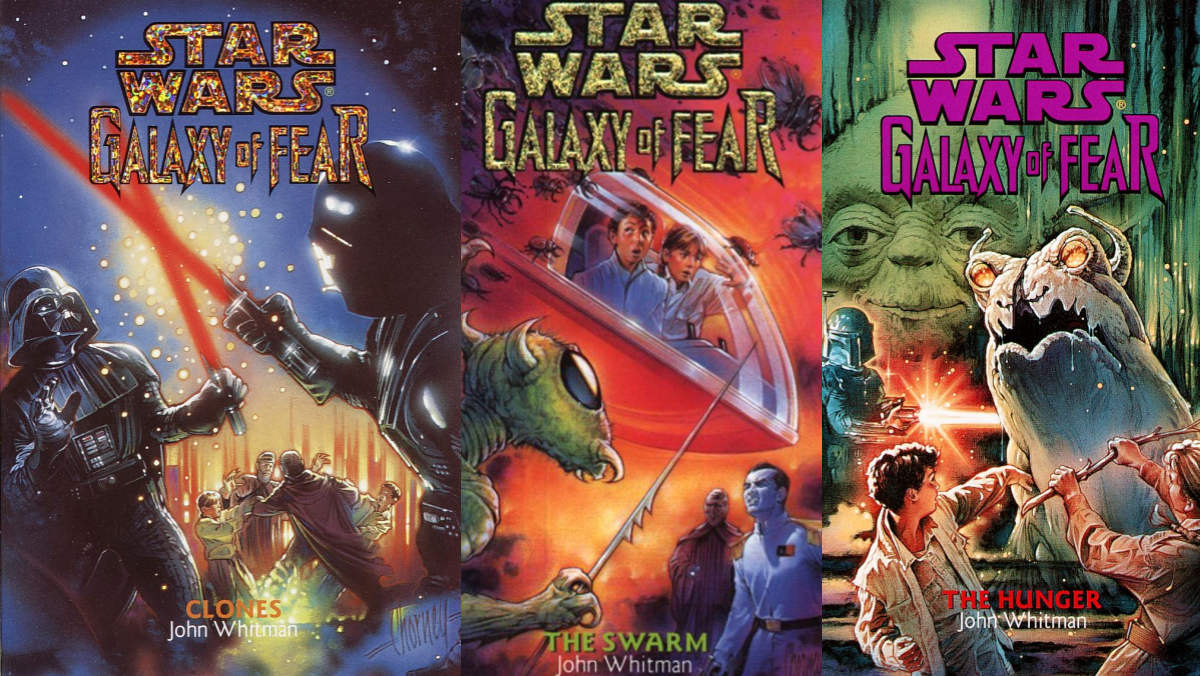 Admittedly, that Dr. Mandible situation was almost 100% a coincidence. But it doesn’t change the fact that it’s still the perfect time to revisit this spooky Star Wars series that wasn’t afraid to let kids be, well, afraid.

TAGGED: Are You Afraid of the Dark, Goosebumps, Star Wars, Young Adult Novels