A First Order stormtrooper and an ace Resistance pilot meet on a Star Destroyer. It’s not a common route to becoming best buddies, but it is for Finn and Poe Dameron. They met in Star Wars: The Force Awakens when they mutually agreed to ditch the First Order and escape. FN-2187 knew how to get around the ship and avoid detection; Poe knew how to fly outta there. A new installment of Star Wars Galaxy of Adventures looks back on the duo’s friendship, and we’re excited to exclusively debut “Finn and Poe – An Unlikely Friendship.”

Aww! Remember when Poe came up with the not incredibly creative but still incredibly sweet name for Finn? It’s the kind of gesture that puts them on firm footing immediately. And then later, Poe isn’t even upset to see that Finn totally swiped his jacket. For the record, that’s the moment I desperately wanted them to go ahead and smooch. Just look at their majestic poses at the end of the video! 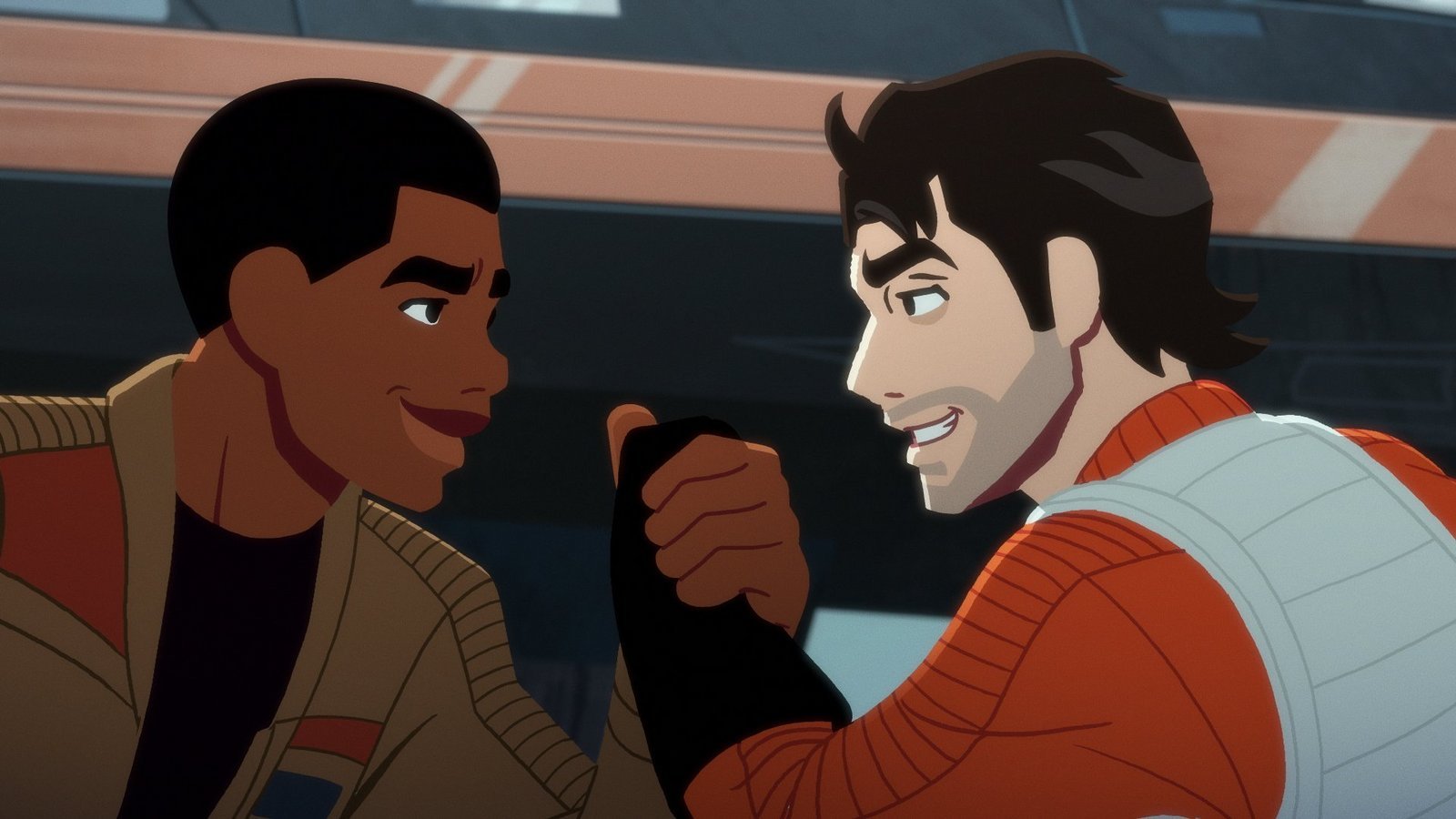 Though my Stormpilot shipping dreams didn’t come true, I’ve enjoyed seeing Finn and Poe’s friendship bloom across the sequel trilogy. I won’t deny their adventuring team-up was one of my favorite parts of Star Wars: The Rise of Skywalker. The novel Resistance Reborn by Rebecca Roanhorse, set after the events of The Last Jedi, also showcases several fun Finn-Poe interactions.

Star Wars Galaxy of Adventures takes characters and moments from the saga and adapts them into animated shorts. They’re a lovely way to share pieces from the galaxy far, far away with children. In fact, Lucasfilm shares the episodes through their Star Wars Kids YouTube channel. Check it out for more Galaxy of Adventures shorts plus crafts, instructional drawing videos, and more.