Astromechs are the real heroes of Star Wars. They keep a million secrets (looking at you, R2-D2), they tell you the odds, and they save their friends’ skins all the time. BB-8 in particular excels at coming up with inventive ways to roll in and stop the First Order. He has mad skills when it comes to using his little round droid body to his advantage. These talents are on display in the newest episode of Star Wars Galaxy of Adventures, which we have an exclusive look at below. The installment is an adorable animated compilation of BB-8 saving the day and being overall awesome.

He deserves no fewer than 50 belly rubs from his best buddy Poe Dameron for all that hard work.

I have, of course, seen the sequel trilogy, but I’d forgotten about some of BB-8’s ingenious actions. I can’t choose a favorite. Maybe the time he used his head to fix the weapons in Poe’s X-wing in The Last Jedi. Or what about the time he turned coins from the Canto Bight casino into projectile weapons? And then there’s the time he hijacked a  walker and turned the weapons against the First Order. All I know is the heroes of the sequel trilogy would have had a harder time without BB-8 rolling by their side. He is always ready to protect. 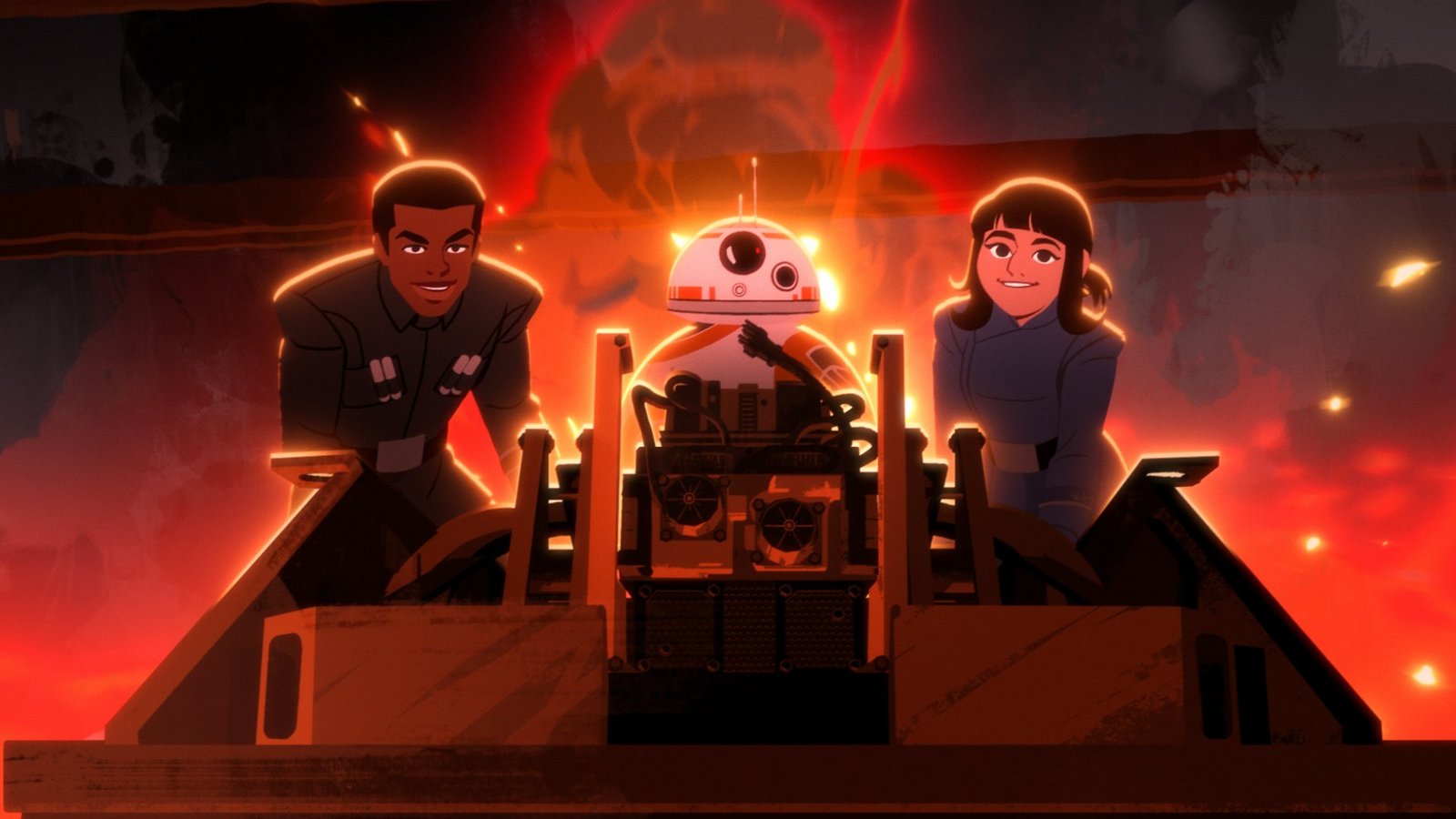 If you need more of this combination of Star Wars and cuteness in your lives, you should be watching Star Wars Galaxy of Adventures. The series made for kids (but that can be enjoyed by all) celebrates the characters we know from the galaxy far, far way. It retells some of the saga’s best moments in a colorful and often precious animation style. And can’t we all use more lightheartedness these days? The answer is yes, yes we can.